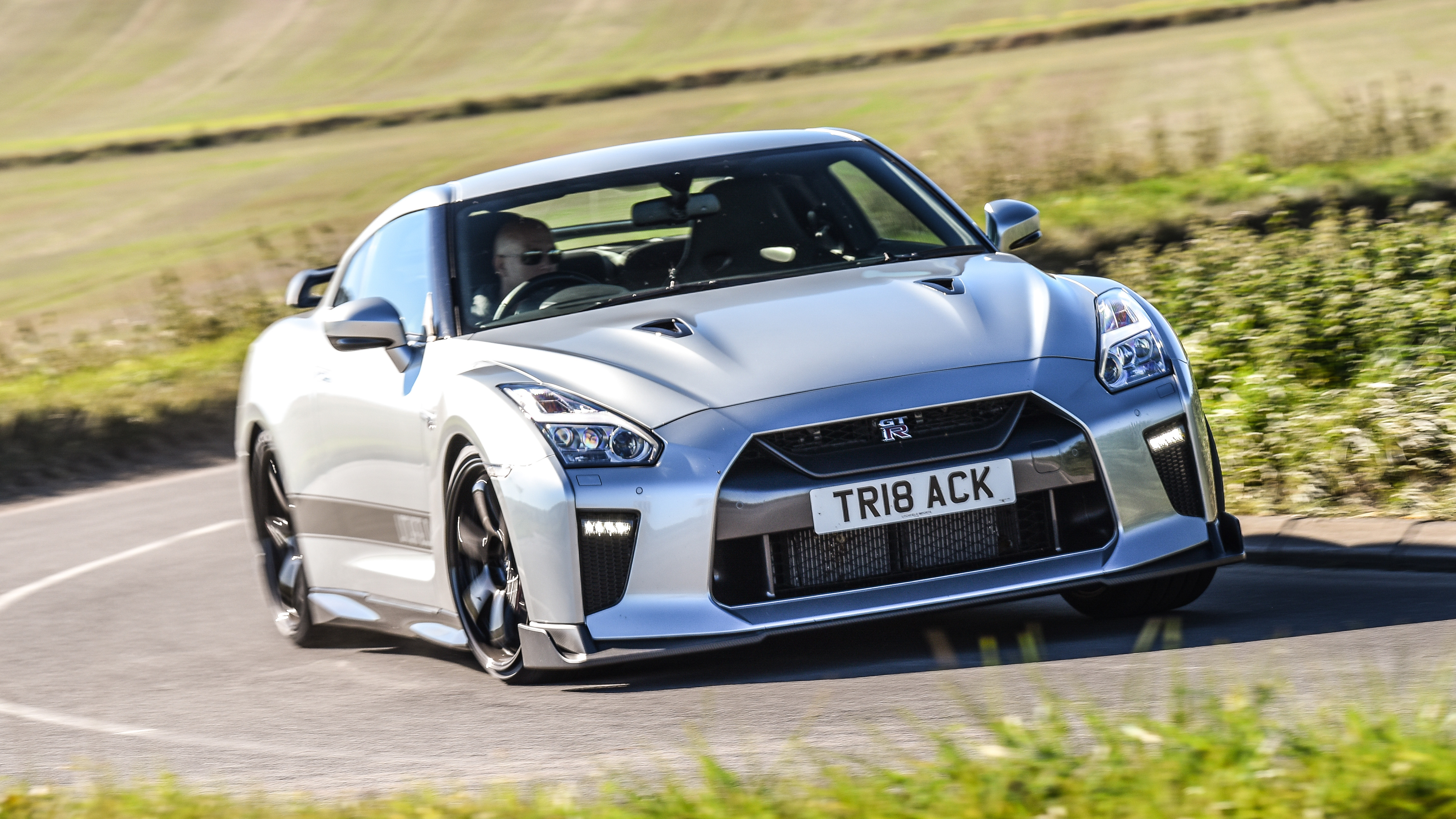 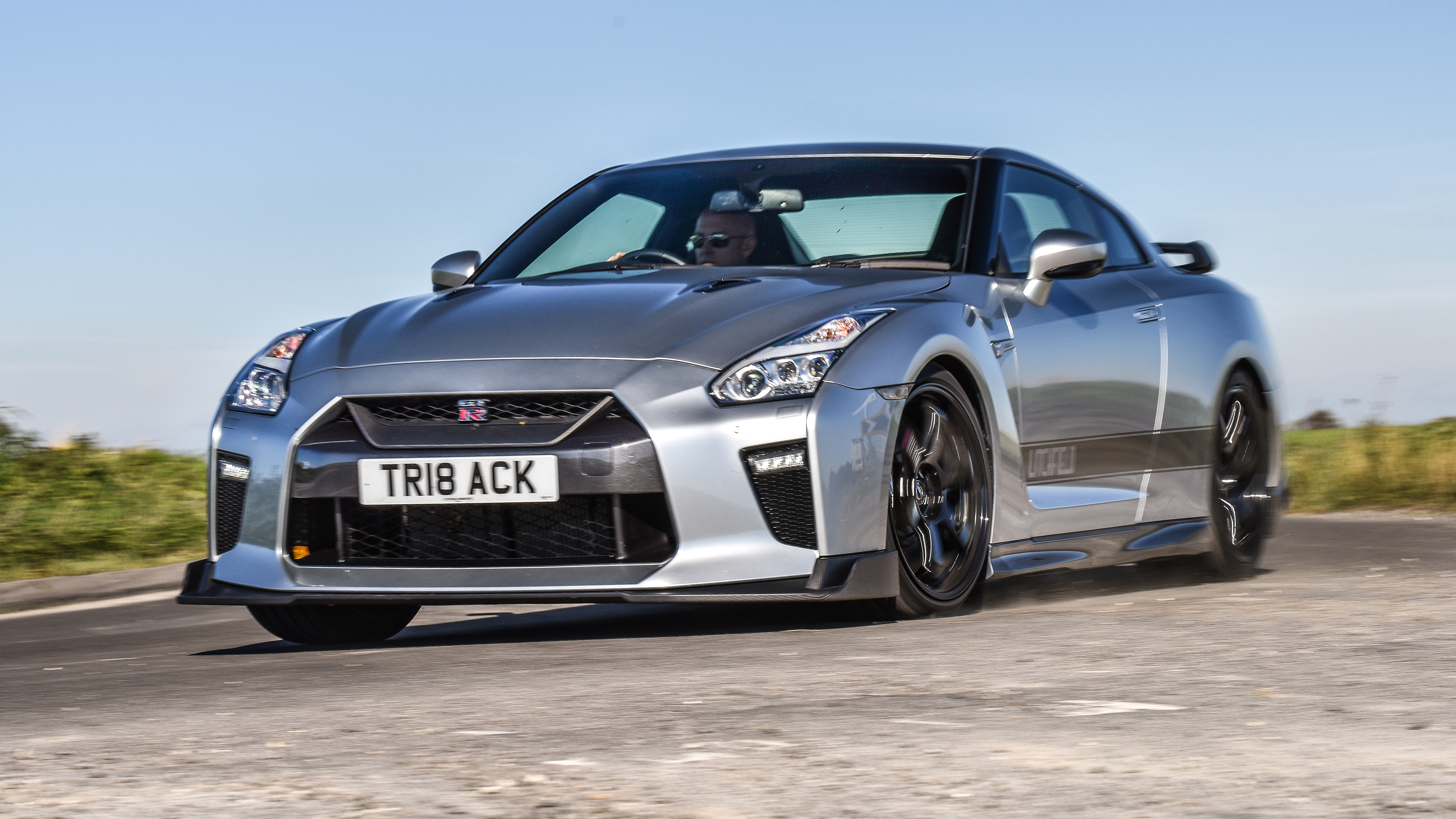 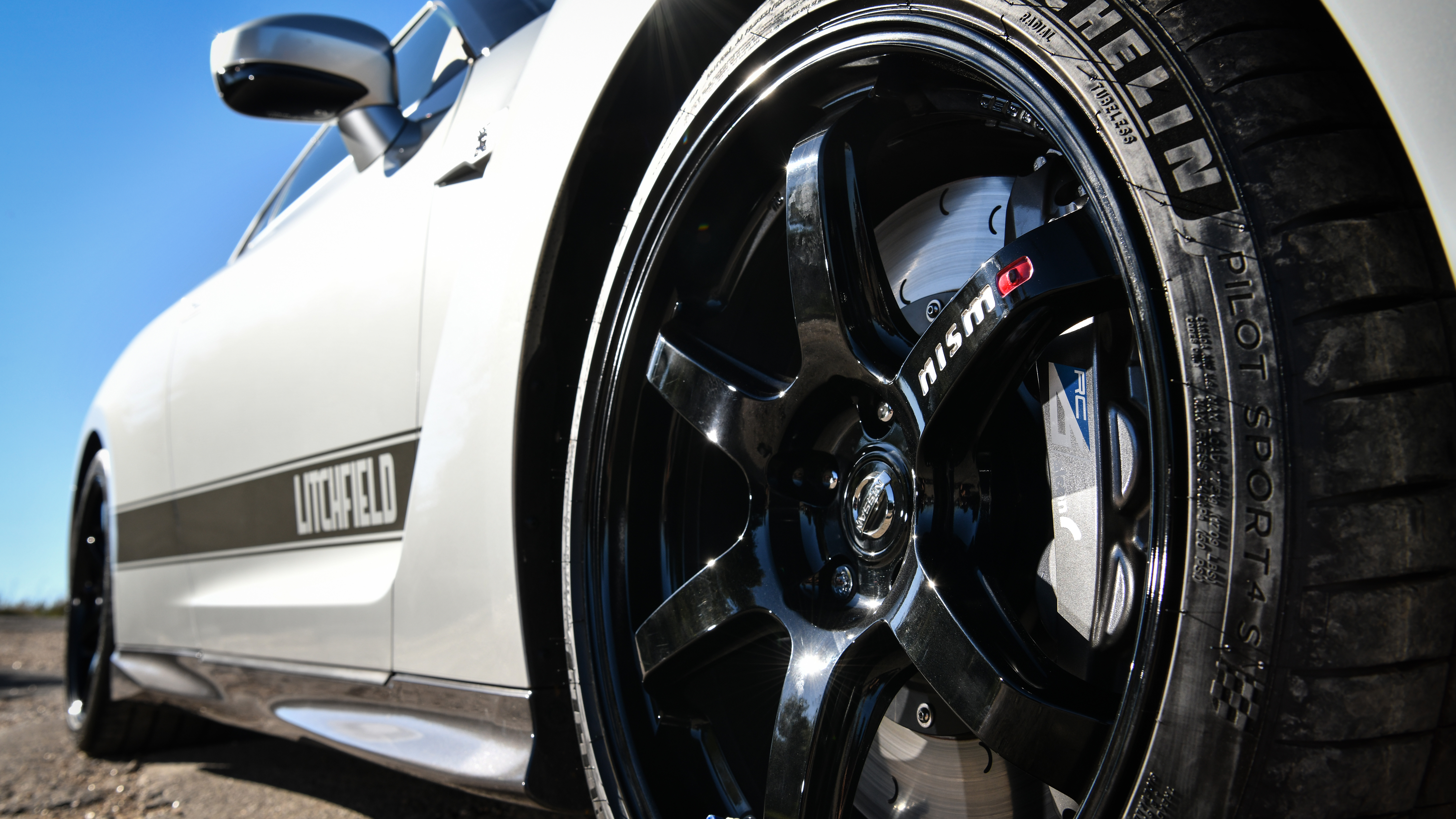 Good word, but no you’re not. You know as well as I do that it takes Nissan years to sort out a new GT-R – especially as this time round it’s going to be a hybrid. Plenty of rumours churning around the mill about that, which Nissan has done nothing to dampen down with its Italdesign tie-up, but this is something more familiar.

Well, it looks very familiar – a standard GT-R Track Edition (specs for the standard car on the left). But it isn’t. Before we move on to talk about what it is, some things you might not know about the Track Edition. It’s not the full house £150k GT-R Nismo, instead occupying the centre ground above the standard GT-R, and costing about £13,000 more. No more power than standard, but an awful lot of the Nismo’s tricks, including a wider front track (and wings swollen by 10mm to cope), bigger hubs, new front suspension arms, wheels and tyres, hollow anti-roll bars and a carbon rear spoiler.

Most importantly of all – if you like to geek out – it gets the Nismo’s fully seam-welded shell for extra torsional rigidity.

It rides bloody firmly. And with only 570bhp it’s no faster than a ‘normal’ one. Litchfield has a cure for that, though. This is its take on a GT-R Track Edition – at £98,895 a mere four grand more than Nissan’s, but now with 631bhp (freer flowing air filter, larger fuel injectors because “any GT-R with over 600bhp tends to run out of fuel” says Iain Litchfield), and although the standard Damptronic Bilstein adaptive dampers are retained, they’re retuned and mated to stiffer Eibach springs. Which come from NASCAR.

Springs from NASCAR? I call Bullsh…

‘Fraid so. They’re 44 per cent stiffer than standard at the front, while the rears are up about 15 per cent. Now, this might not sound like a recipe for a better ride, but by tuning the damper Litchfield has liberated more breadth in the system, so in Comfort mode it now rides more calmly and stably than before, while even if you switch to Race – normally only tolerable if sitting on pillows – the suspension is still compliant, and holds itself level better through corners.

Litchfield do it better than Nissan, then?

On the evidence of a British B-road, yes. Dropped 5mm closer to the tarmac, this is a GT-R with astonishing composure. It’s at least as compliant and friendly as a standard GT-R, but the front end is less distracted, the body control is even better and the steering… turn-in is plain mega, the nose super-sharp and so positive. It’s not the over-direct rack you get in a Ferrari, it’s just that the front end moves so responsively and meatily, and those responses are so proportionate.

As ever there’s an athleticism to the GT-R that belies what your eyes tell you. They say, not incorrectly, that this is a big, heavy, four seat GT that isn’t scraping it’s belly on the road. And yet it turns into corners like a Caterham. Boundless grip, no hint of understeer ever being a problem, just this amazing movement. This is true of all GT-Rs of course, it’s the harmony and composure that sets this one apart, it’s refusal to be bounced off line, to track the road better, to deal with the rough and the smooth with equal aplomb.

Like any GT-R it’s deeply not-slow, and like any GT-R at any point between 3,000 and 6,000rpm you have massive force propelling you along. I drove this alongside Litchfield’s Carrera T and this didn’t have such impressive low down pick-up as that – there’s more inertia in the drivetrain to overcome. But once the twin-clutch and diffs are engaged and turbo lag overcome, it’s a very, very forceful delivery. Thick, linear delivery, and good enough turbo pick-up in the mid-range to make the exit of every corner a jet-fest of G.

Iain believes that around 800-850bhp is the sweet spot for this engine (if you have the money to do it), but the engine is fine up to and beyond 1,000bhp. “The cars want to make the power”, he tells me.

Are there any aero tweaks?

The rear spoiler is standard, but the front is Litchfield’s own and produces not only a little more downforce, but with the vertical slats, also helps to direct and channel air down the flanks better.

If you want a lightweight carbon fibre bootlid, that’s £750, and of course there are endless options for further upgrades to engine and mechanicals. Most impressively of all, Litchfield offers a three year warranty, which even covers official GT-R Driver’s Club track days.

Did you love it?

I did, although the GT-R, which let’s not forget has been around since 2008, is now starting to feel old. Or maybe just very familiar.