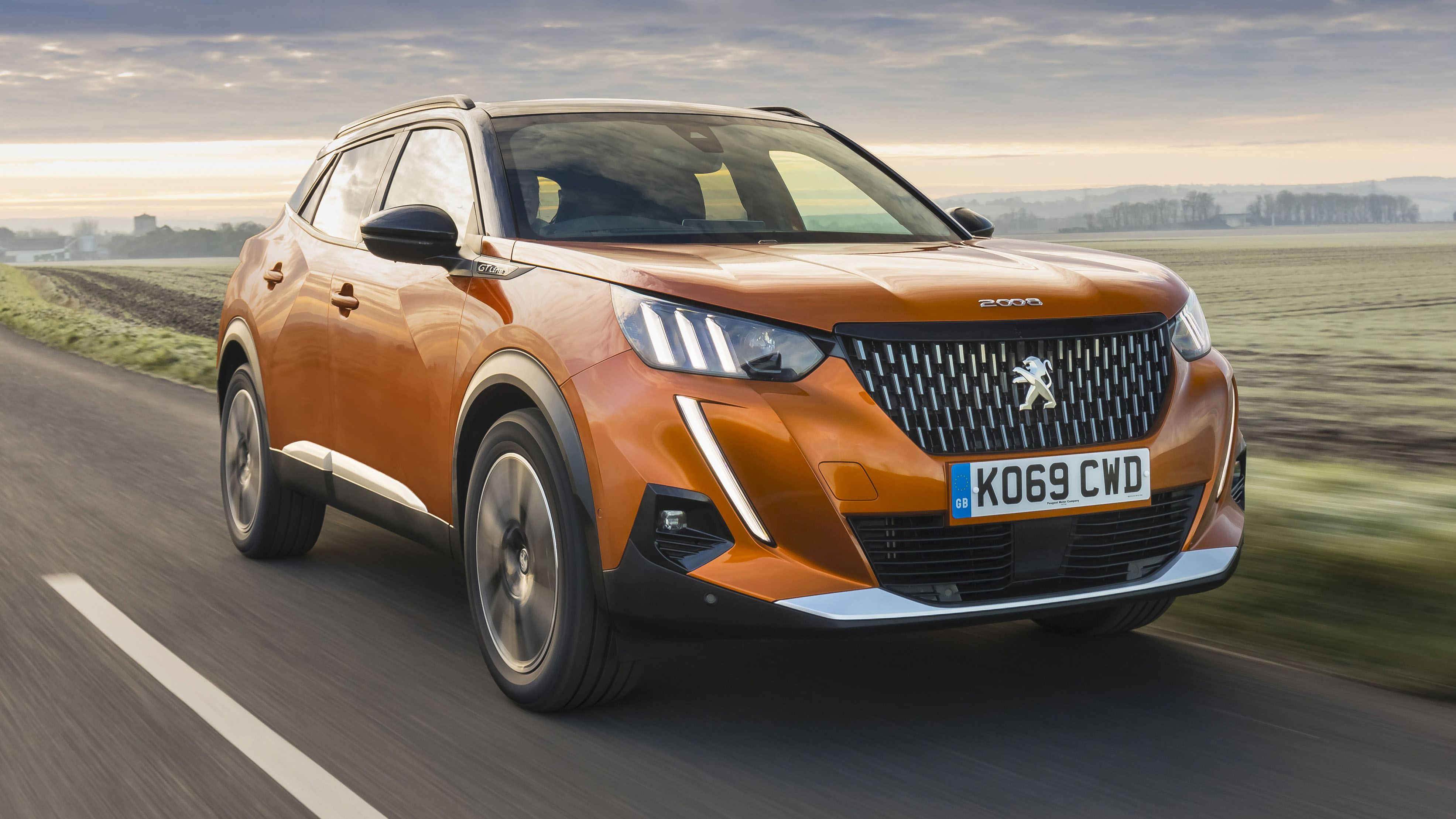 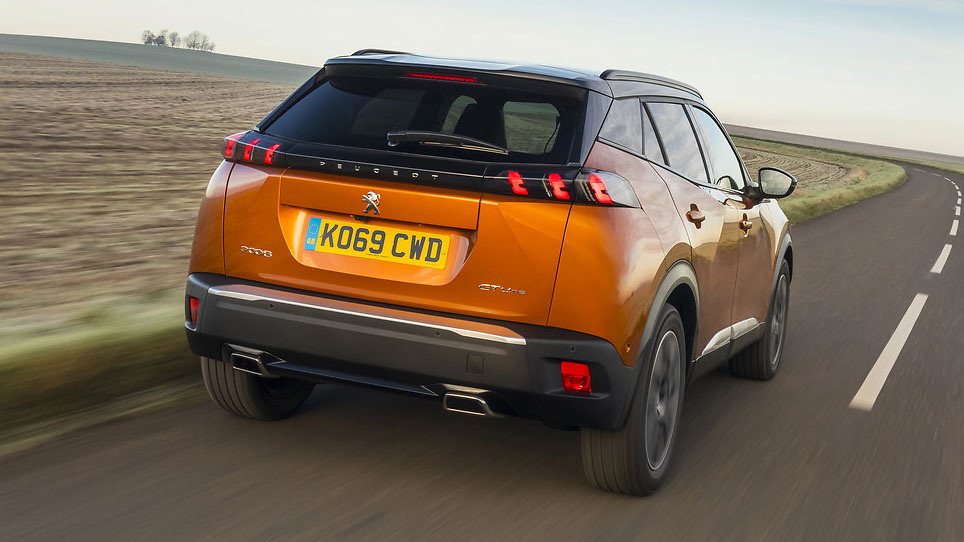 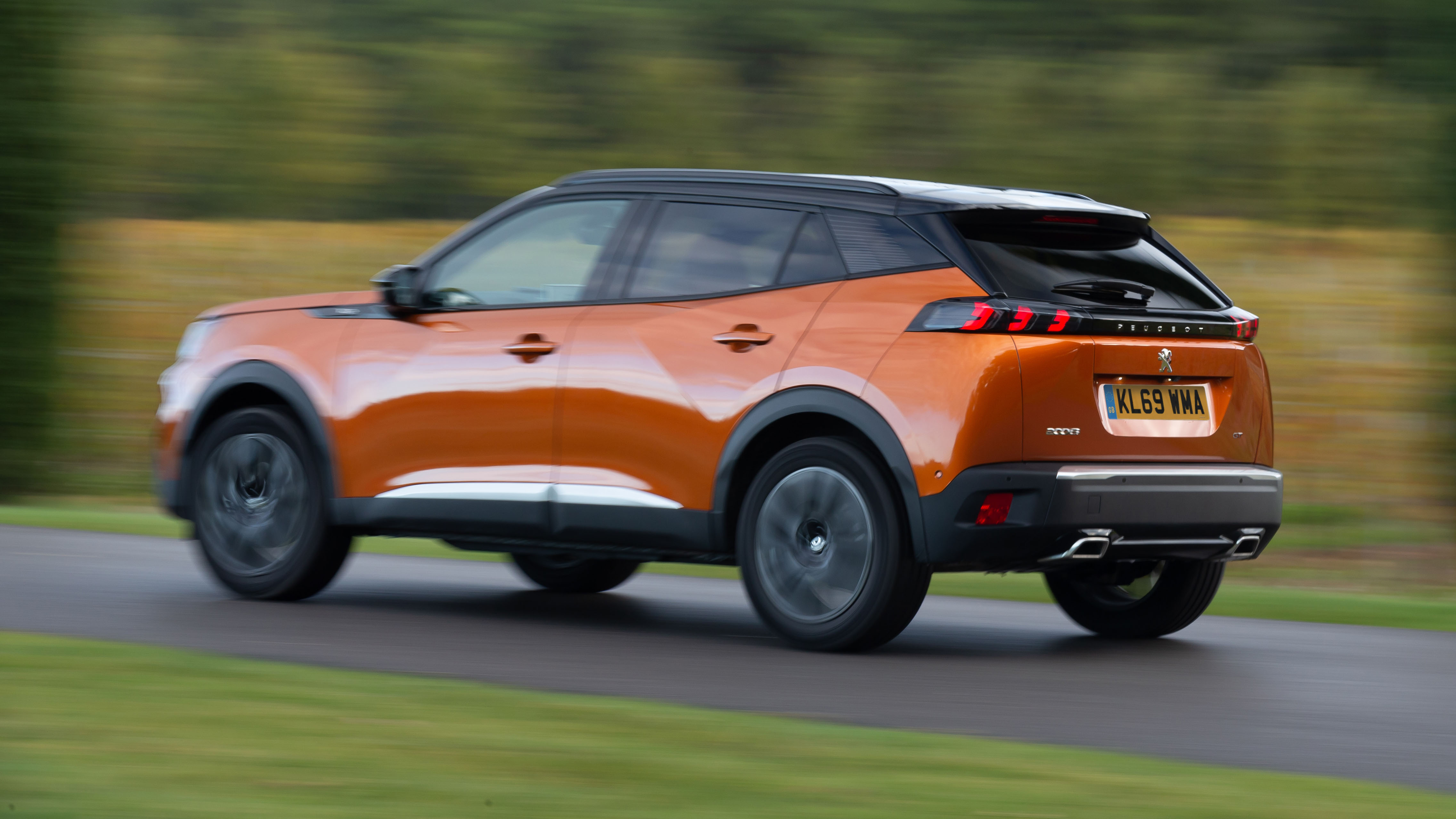 This is the top-spec version of Peugeot’s 2008 crossover SUV, the 208 hatchback’s bigger brother. That 208 face has transposed rather well to a bigger model, although it can look gangly from some angles. You’re not likely to lose it in a car park – unlike the previous-generation model, which you might have been tempted just to leave in a car park.

It is a little. Are you sitting down? The petrol GT will set you back a whopping £31,350, a whisker under £500 a month if you opt for finance. Peugeot’s thrown everything at the top-spec model, with wireless phone charging, panoramic sunroof, adaptive cruise control with lane-keep assist, keyless entry and a host of other goodies.

Not only that, but if you want the 2008 with its 1.2-litre 3cyl engine in its top state of tune (a heady 153 horses are on offer) you’ll need to splurge on the GT-spec model.

Is it any more practical than the normal 208?

But of course, sir – the main virtue of your common or garden crossover is the extra space you get over a normal hatchback. The 2008 offers a suitably elevated driving position, with plenty of room in the back and a reasonable boot. Luggage capacity is 434/1467 litres seats up/folded versus the 208 hatch’s 311/1106 litres.

The 2008 even compares favourably with its crossover rivals, equal to the likes of the Volkswagen T-Roc and the Ford Puma for seats up capacity and edging them out once the seats are knocked over.

The dashboard is immediately recognisable from the new 208, and is one of the areas where Peugeot has really upped its game in recent years. It’s a stylish layout, with respectable materials and all the French flair you’d expect.

The carbon fibre-effect trim on the GT model isn’t too louche and the £1,000 quilted Nappa leather interior on our test car made for delightfully comfortable seats. Tick that option box (there aren’t many to go for on this model) and you’ll even get electrically adjustable massage seats, which basically amount to an asthmatic balloon inflating repeatedly inside the seat back.

What’s up with that instrument panel?

I’m glad you asked – this is one of the most fun things about the 2008, the element that will delight your friends and family. We know that everyone is going digital panels these days, but that usually amounts to replacing analogue dials with CGI versions of analogue dials. Kudos to Peugeot for doing something a bit different, even if the setup does polarise opinion.

A layered screen creates a 3D effect, which works surprisingly well, and you can change the display view using the multifunction steering wheel. There are pretend dials if you must, but Peugeot is one of the first carmakers to think outside le box when it comes to exploiting these tech advances.

Are there any other snazzy features?

Further surprise and delight is provided by the lime green stitching on the upholstery, and ambient cabin lighting that offers eight different colours depending on your mood – and indeed whether you can be bothered to find the sub-menu that controls it.

Which leads us on to a wider problem inside the 2008 – the touch-controlled switches on the centre stack are a lovely idea, but aren’t intuitive to use. Not only that, but try and adjust the air vents behind and you can’t help but make contact, ensuring pandemonium on the 10in screen, which can feel laggy at the best of times.

Despite the toggles and touch controls aiming to offer shortcuts to the things you want to use most, it still feels there are one or two steps too many to get through the infotainment and vehicle settings. Some of this would disappear with familiarity, but occasionally there’s too much style and not enough substance.

The 2008 is a pleasant throw about town, its upright stance and flat bonnet view out front make it feel compact. The GT’s 18in wheels aren’t the ideal fit, though – you’ll find yourself wincing around potholes and slowing down that little bit extra for speed bumps. So the ride is firm, but it’s well damped – we’ve driven other specs in the line-up and the sweet spot is further down the range.

On the move the 2008 handles sharply, but that doesn’t necessarily translate to driver involvement or fun. The tiny wheel is an interior design novelty, but makes for an insulated drive with heavily assisted steering. Switch between Eco, Normal And Sport driving modes and the car will vary the weighting. It ends up feeling a bit like the mid-Nineties force-feedback wheel you had with your PC.

The eight-speed automatic box works well, only occasionally caught out by the authentic Gallic indecisiveness that plagues the whole car. Features such as the engine start button and start/stop function take just a beat too long to kick into action, occasionally causing a flummox.

Always ready for action is the typically characterful 3cyl engine, adding theatrics to acceleration with its thrummy note. The driving modes vary the available power, but the Goldilocks Normal mode is just right most of the time – and unlike many similar downsized engines, the car is light enough at 1,205kg for the engine to be tickled rather than thrashed.

Should I bother with the top-spec version?

Well this is the rub. The GT is the best 2008 on paper, but you’ll save some money and get a better ride if you venture back down the price list. If you really must have family practicality mixed with a hint of sportiness, well, you should have thought about that before. You could always get yourself a nice estate, y’know, one of those cars that people used to buy.

If you’re prepared to drop £30k on a top-spec Peugeot 2008, though, you might as well go all-in on the electric version, it’s got decent range and represents comparatively good value.