Polestar 2 review: is it any good without the Performance Pack? Reviews 2022 | Top Gear
Advertisement
First Drive

Polestar 2 review: is it any good without the Performance Pack?

£49,845 when new
Read why you can trust our independent reviews
Paul Horrell
Published: 16 Feb 2021
comments
Skip 14 photos in the image carousel and continue reading 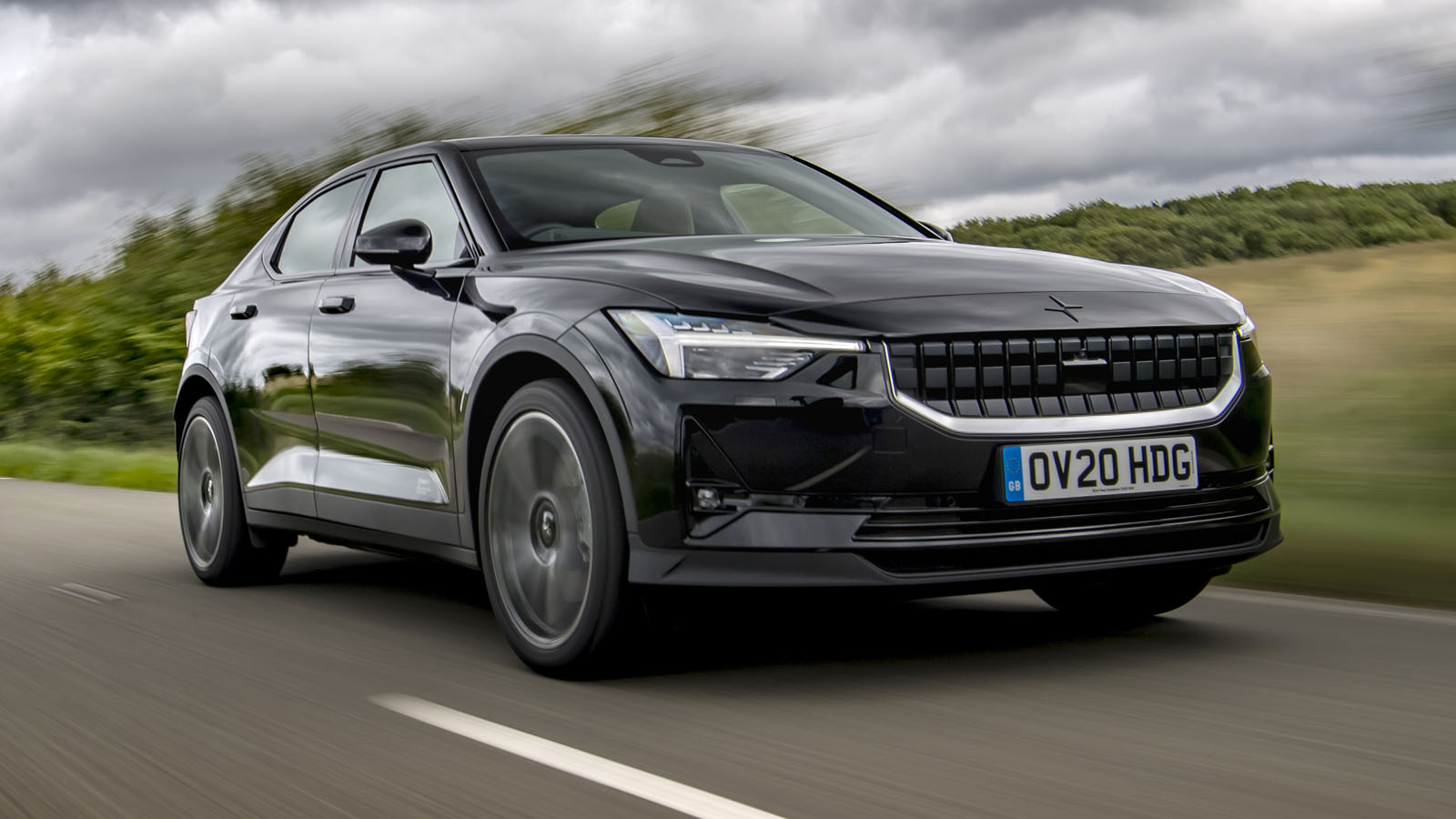 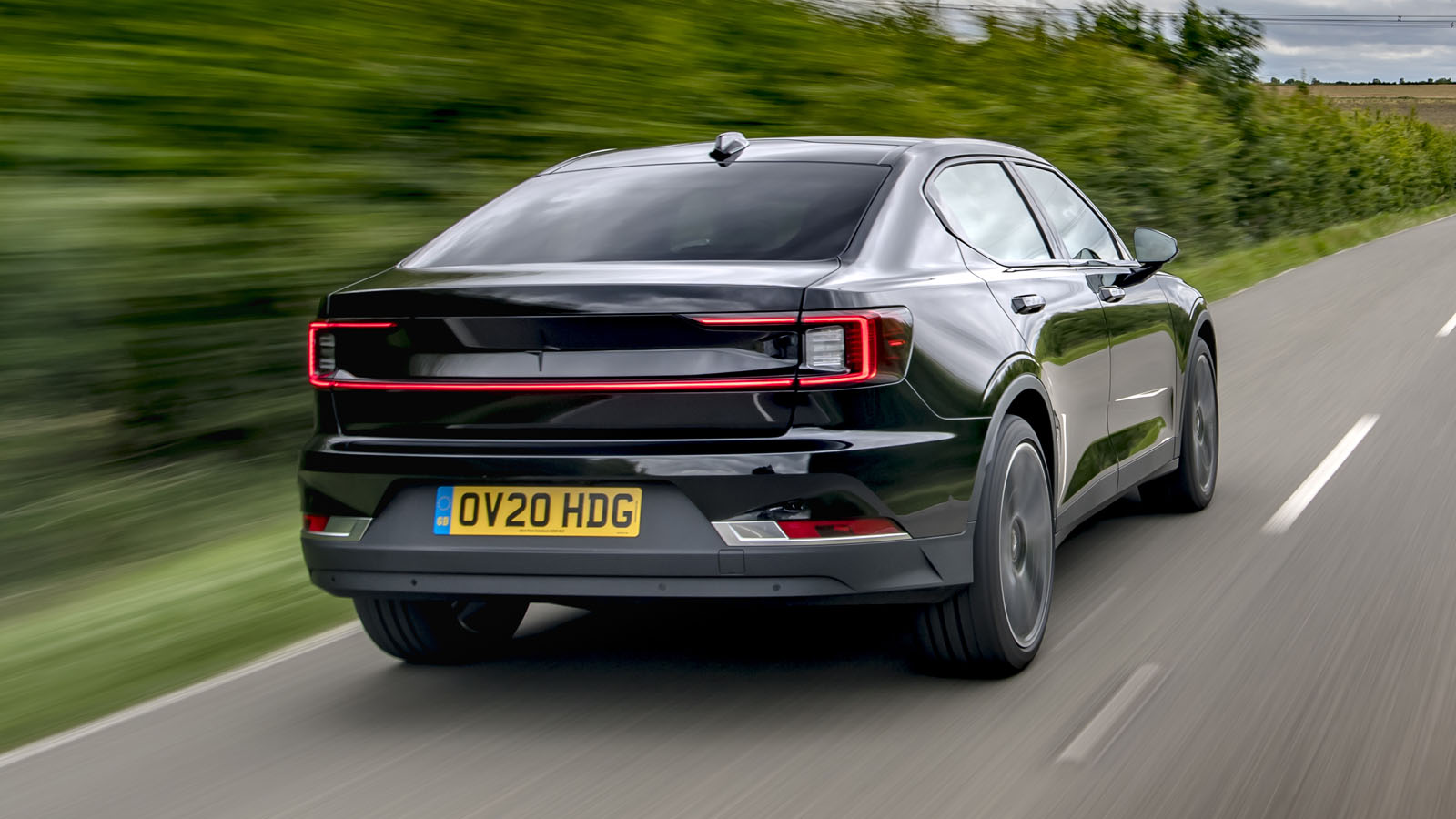 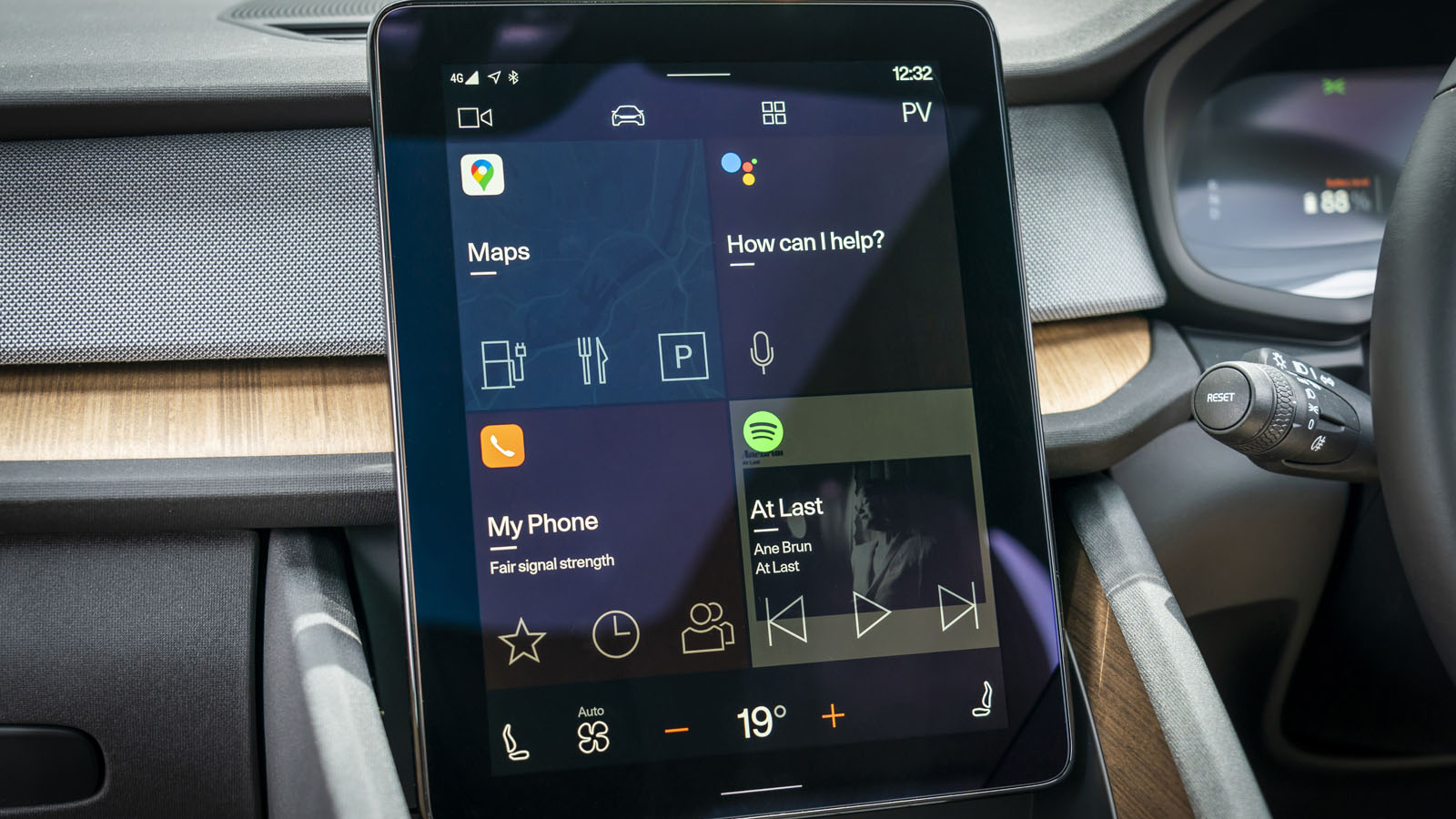 Is this the star Polestar 2?

We think so. It's the base-model Polestar 2. And for nearly everyone, it turns out to be the one to have.

The car we tested first had an optional £5,000 Performance Pack. We've just learned that for almost everyone, that's a bad way to spend good money.

The Performance Pack consists of Ohlins adjustable dampers (adjustable by spanner, not by console button, mind) and Brembo front brakes, and 20-inch lightweight wheels with tyres to suit. Oh and some cosmetics: gold-coloured brake calipers and gold-coloured seat belts.

Those sound like tasty additions. What's your beef with them?

Those fancy dampers are just too darned firm for a car like this, at least in the settings the car arrives with. I suspect you'd end up getting out the wrenches and softening them off. And then twiddling again to stiffen them for a track day. Oh alright, tell us how often people take their electric saloon on a track day. (Hint: never.)

And the base model?

Yup, its ride is more supple. Actually not a huge amount in its primary movements, because the spring rates are hardly different. It's just the general agitation and jitter that annoys.

But the standard suspension, because it's intrinsically softer in its damping, avoids most of that. And over bigger, uglier lumps and dips, it allows the springs to breathe more. It's simply more comfortable on normal roads at normal speeds.

Does it run out of control when you're pressing on and the surface gets really busy? No. I took it on a severely buckled backroad I know well, one that upsets many, many cars. There wasn't a moment in the Polestar when I felt it could have used more damping.

Dampers have all sorts of subtle effects on many other aspects of a car's behaviour. One of them is steering. The forces they put through the suspension in tiny transient movements can have a big effect on the steering's turn-in sharpness and feel.

But guess what, again there isn't much to worry about here. Softening them off hasn't muffled the steering feel. Because most of the time even the Performance Pack car doesn't actually have any anyway.

Also the car resists body roll very sternly. It feels like we can credit its low centre of gravity and stiffish anti-roll bars for this, rather than the dampers. Because again, the one with the cheaper dampers doesn't roll much. If it did roll, initial steering response would be delayed, but it doesn’t. So it isn't delayed.

In other words, the expensive dampers are solving a series of problems that don't exist.

Exactly. The Polestar is a car that steers accurately and has huge traction. But for all that it's disappointingly numb. Little in the way of steering feel, or an ability to tweak the cornering attitude – squeeze the front or rear tyres – via the accelerator. A Jaguar I-Pace and Porsche Taycan are both significantly better here. And after driving the standard car we now know the Ohlins dampers don't greatly improve matters.

It does. 20-inch lightweight forged items. The non-P.Pack car I drove had optional 20s too, but heavier ones because they're cast not forged. Again, lightweight wheels do have the ability to transmit subtleties in a chassis, but as there's little of that subtlety here, you're not going to miss them.

Actually, the base car normally comes with 19s. My habit with saloons is to suggest going for the smaller wheels for the chance of a slightly less harsh and noisy ride. But the ride here isn't at all bad in either of those ways.

What about the brakes?

Even the P.Pack car has a slightly elastic pedal feel, though the brakes are strong. This is the same, if not much worse.

Am I seeing a pattern here?

Probably. The Performance Pack doesn't really take advantage of its posh dampers or brakes or wheels. So they're not missed on the standard car. Just get the cheaper one.

If you do want to spend £5,000, get the £900 wheel upgrade and the £4,000 leather. The standard cloth is a bit utility and drab. I speak as someone who usually likes cloth interiors, even though I'm not a vegan.

You're sounding a bit down on it all…

Sorry. Overall, we really like the Polestar 2. It's a lovely piece of design inside and out, and well-engineered. Smooth, quiet, almost over-endowed with acceleration and grip. As good to drive as a Tesla Model 3. Electric range isn't huge but it's OK.

But there's still a hole in this £50k-ish market for an electric car that has a really satisfying way with corners. Maybe a BMW i4-sized hole.

Anyway, the base model isn't just the best-value Polestar 2, it's also the best.

To be punctiliously accurate, these aren't two separate models, but they're both one model, with an optional pack. This is a fiscal artefact. In the UK, any electric car that costs under £50,000 qualifies for the £3,000 grant. So the Performance Pack version isn't a separate model because that would take it over £50k and lose it the grant, making it £8k more. As an under-£50k-plus-options car it still qualifies for the grant.