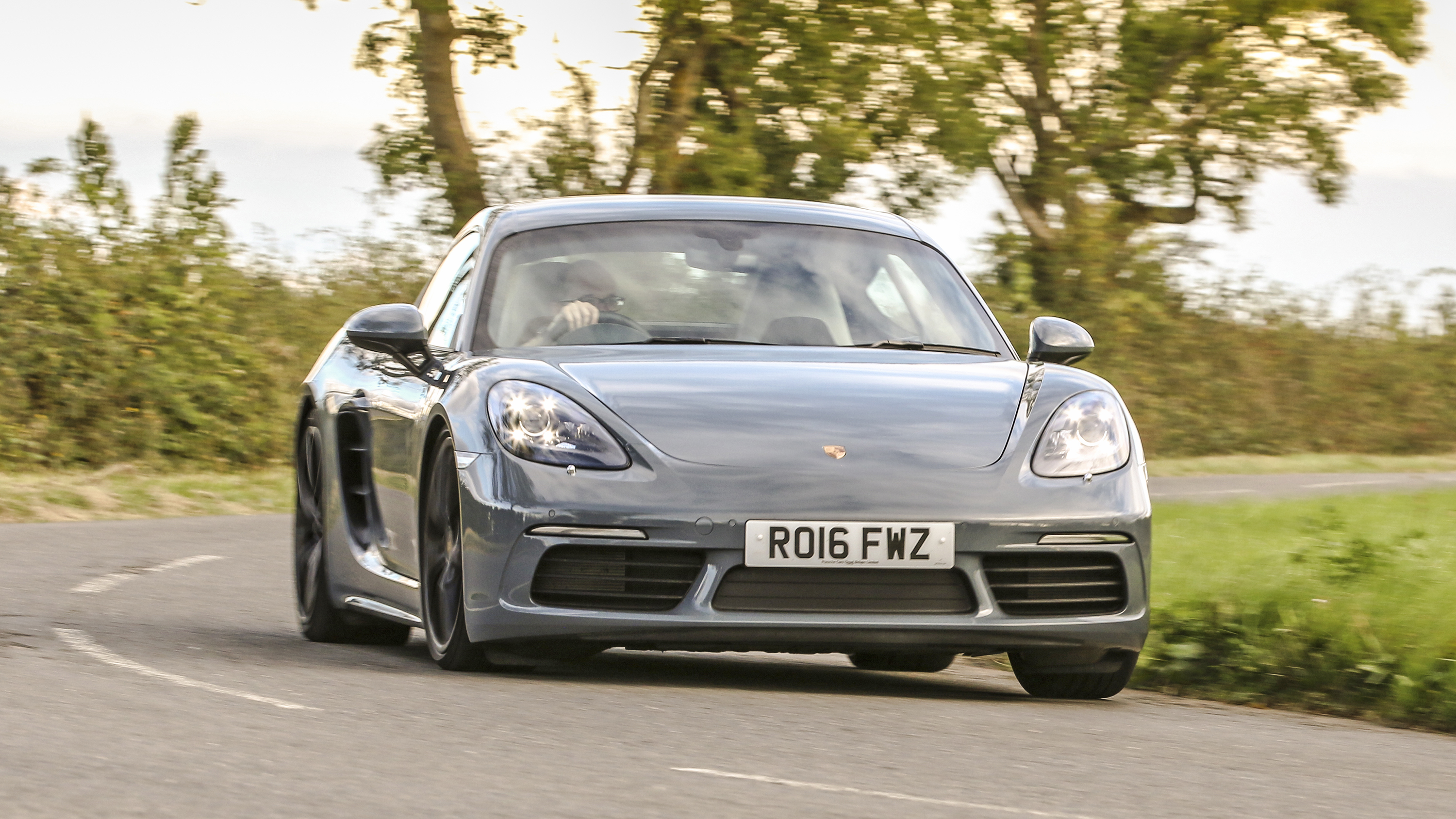 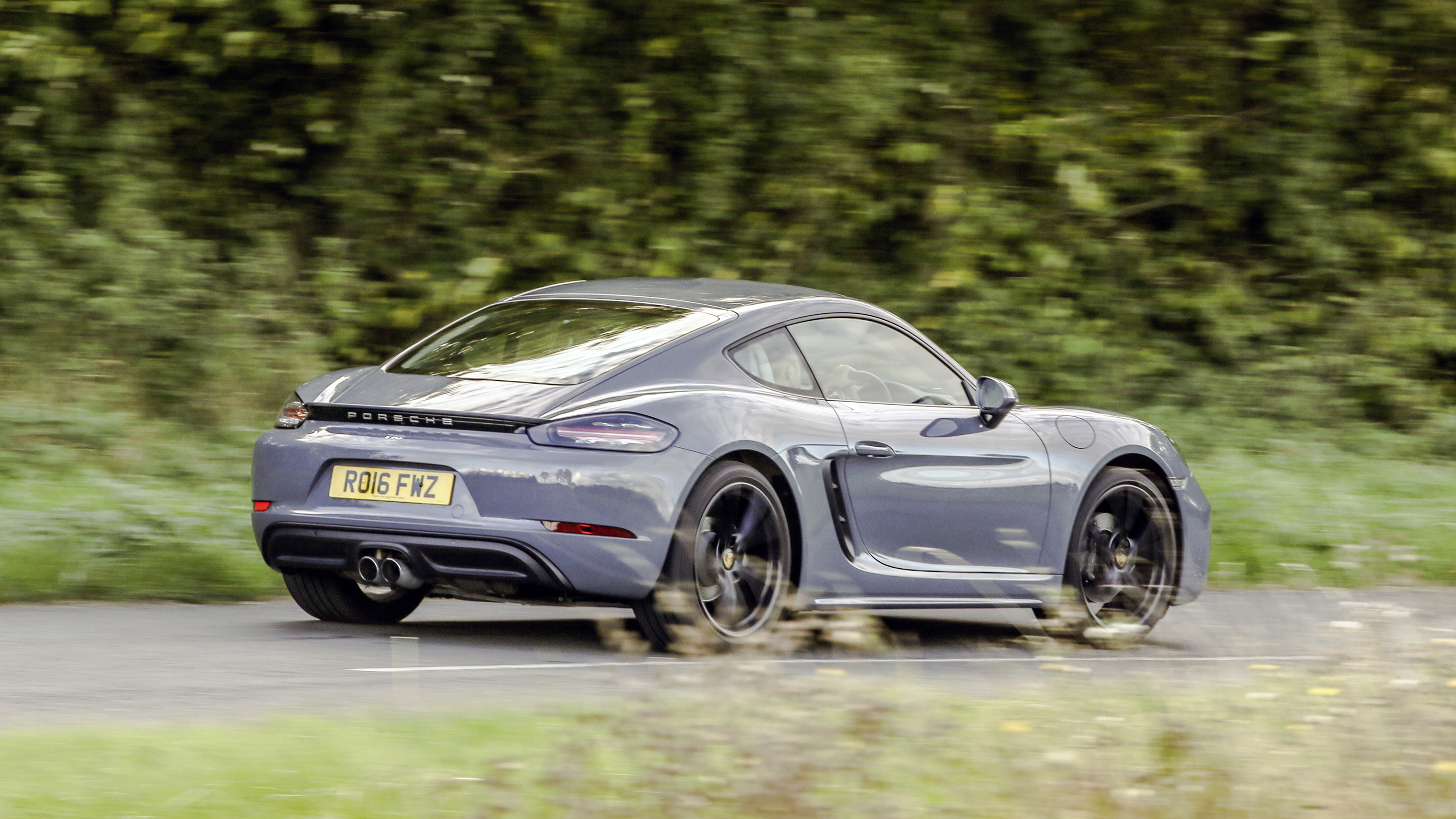 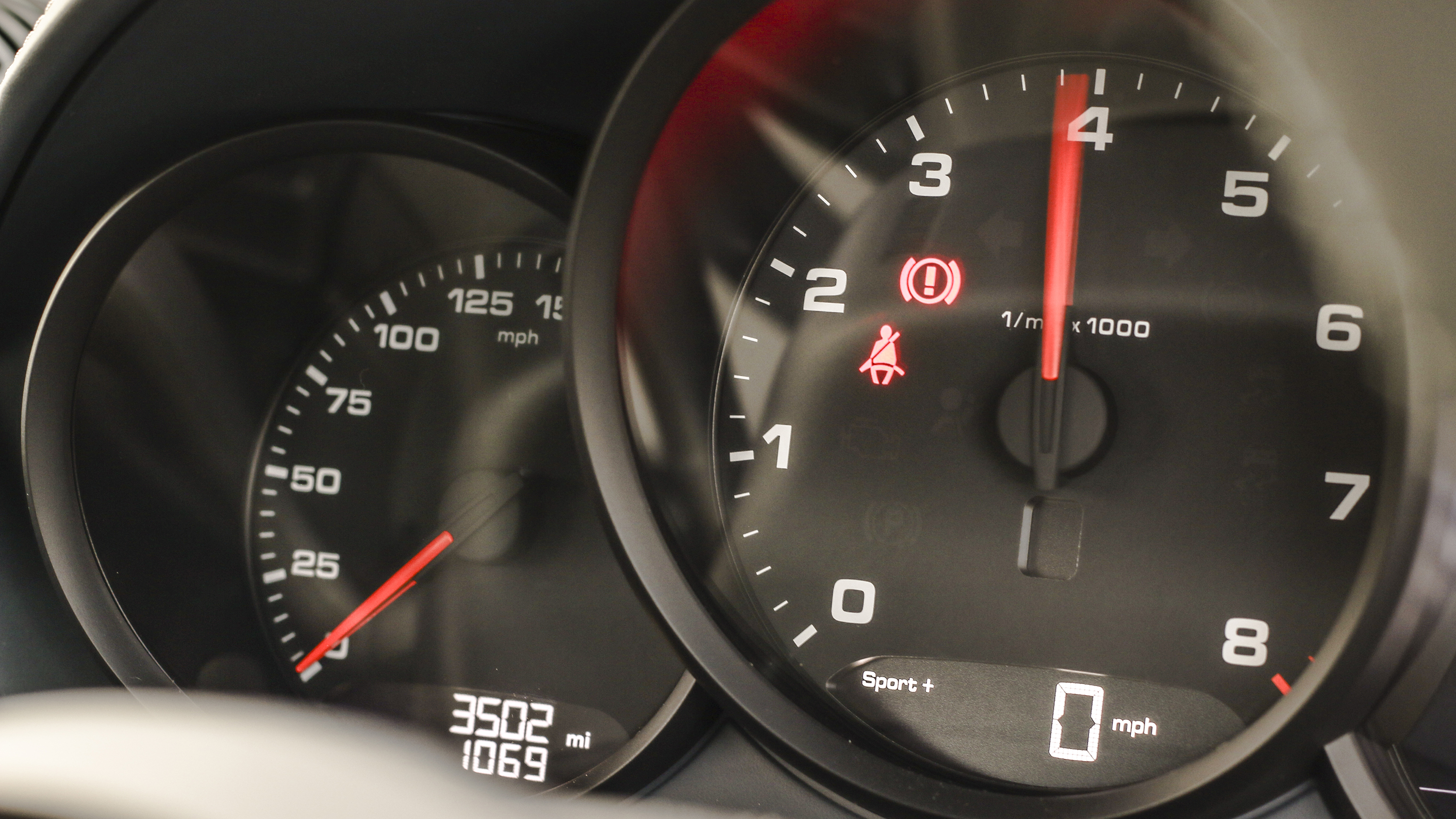 So it’s the basic Porsche Cayman?

Yes. The new Porsche 718 Cayman has a price that begins with a three (just) before options. But, now that Porsche’s bread and butter cars are all turbocharged, it still has nearly 300bhp and is good for a 171mph top speed.

Power comes from a 2.0-litre four-cylinder turbo engine, even smaller than the 2.5-litre four that’s been garnering such criticism in the Cayman S (and drop-top Boxster S).

For the noise it makes?

Correct. Sound isn’t a critical aspect of a sports car, but it should be blooming high on the agenda. Turn the key in this Cayman and its 2.0-litre’s throbbing idle is like that of an old VW Beetle, or a Subaru Impreza that’s had rather clumsy modifications. Pick the reference most relevant to your experience.

In traffic, it’s a noise flatulent enough to have you switching off the sports exhaust (save £1500 and don’t spec it; a sad piece of advice for a Porsche) and ensuring the stop/start is activated.

But beyond crawling speed, the sound gets better, more muscular and more natural. It never hits the highs of the old six-cylinder Cayman, but then a turbo four never would. Get over the drop in aural quality and you’ll relish what remains the most finely tuned small sports car on sale.

Never mind good, it’s brilliant. The Cayman is as majestically set up as ever, and if you like cars simply for driving, it embarrasses its closest rivals – fast versions of the safely steering Audi TT and slightly loutish BMW 2-Series – by finding a handling balance right in the middle.

The steering is as well weighted and rich in information as you can hope for from a modern electric system, while the standard six-speed manual gearbox can only be criticised if you’ve tried the even sharper transmission in Porsche’s unobtainable 911 R. Alongside a seating position that can’t be faulted, you have controls ideal for making the most of an exemplary chassis.

In light of its wondrous dynamics, an emissions-appeasing engine could simply never be up to scratch. But the 2.0-litre’s happy to be revved right past 7000rpm – praiseworthy, because not all turbo engines are – and for an entry level car, this 718’s so fast. The claimed 0-62mph time is 5.1 seconds; I reckon that’s quite pessimistic. 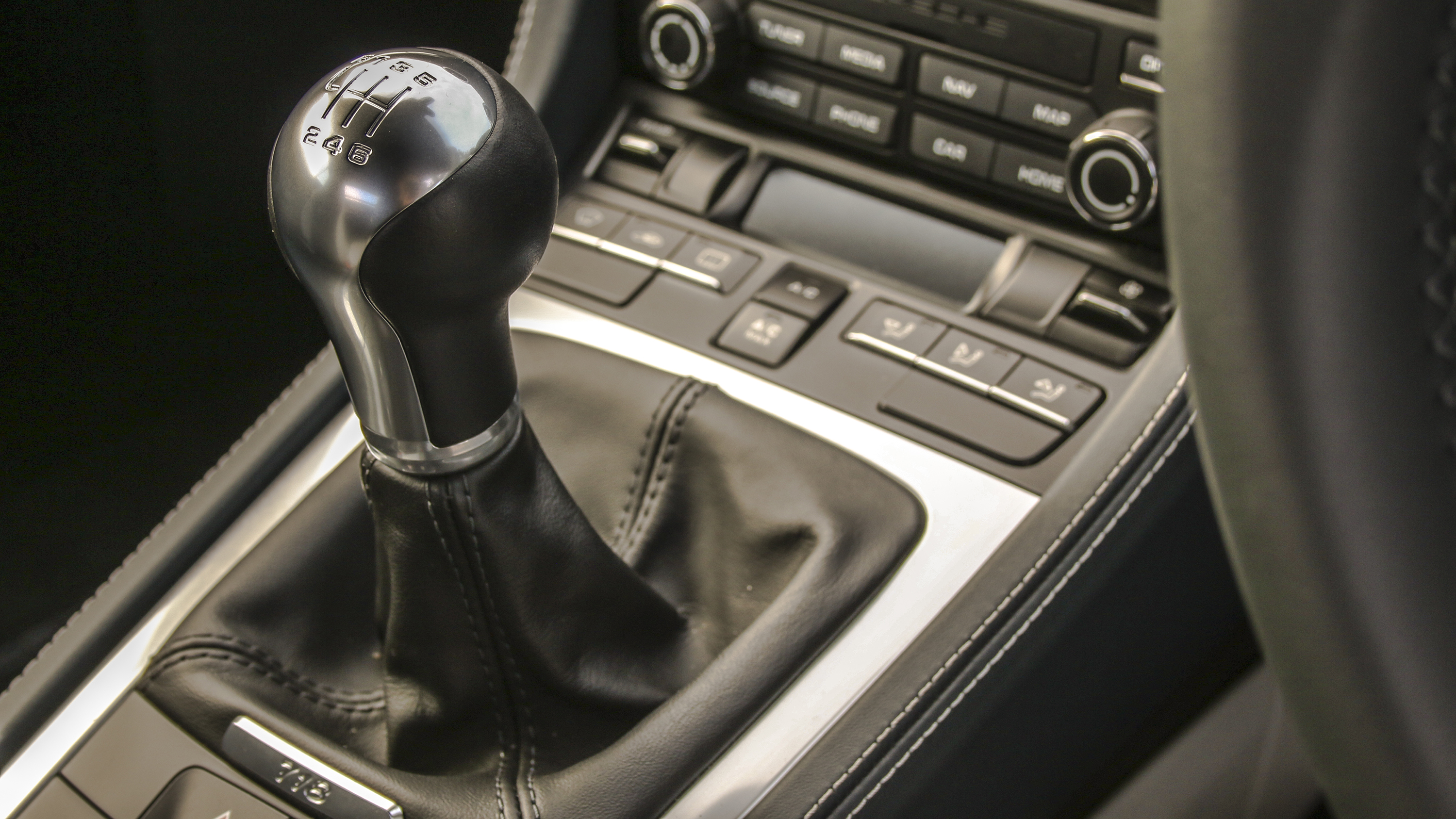 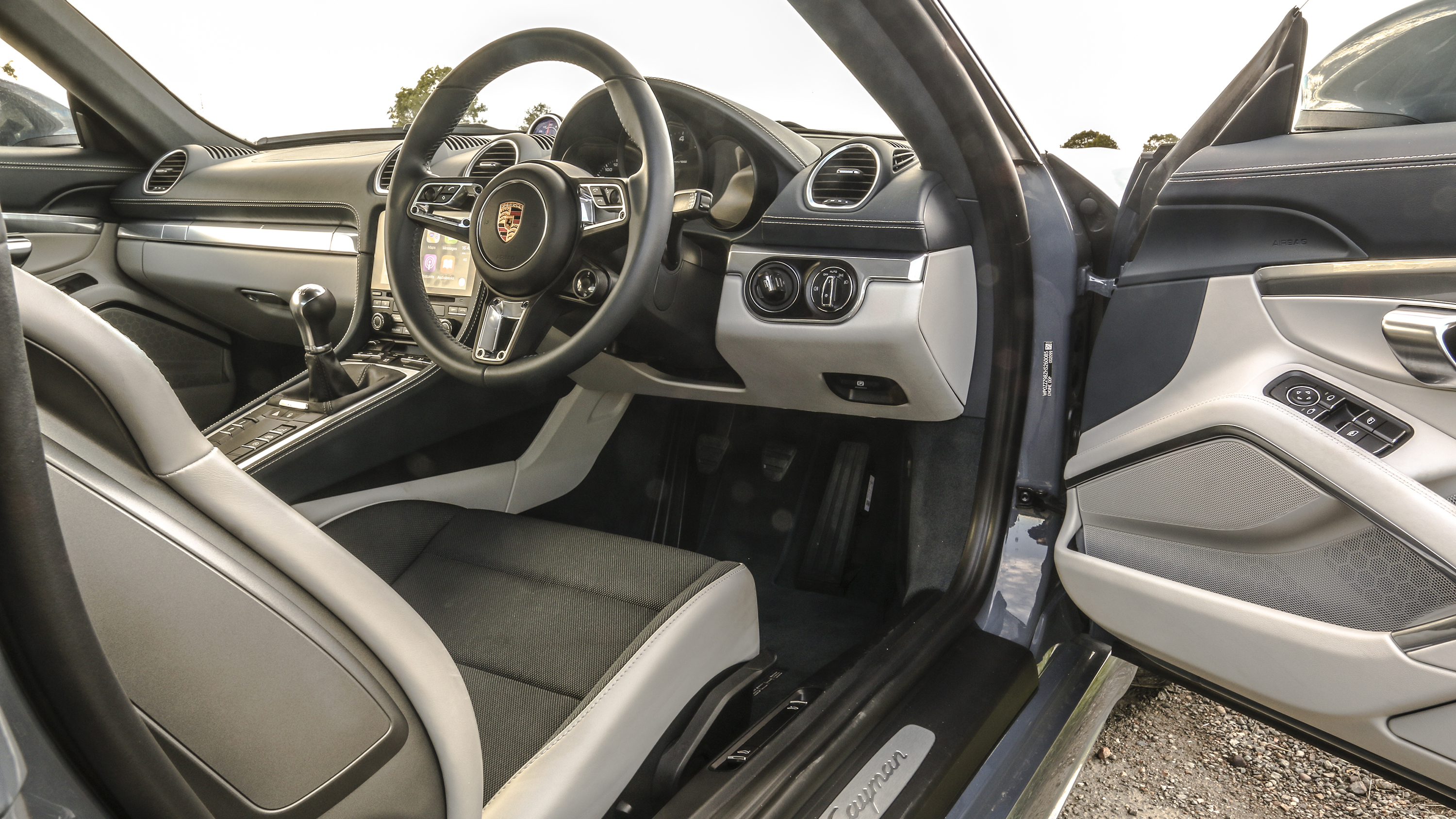 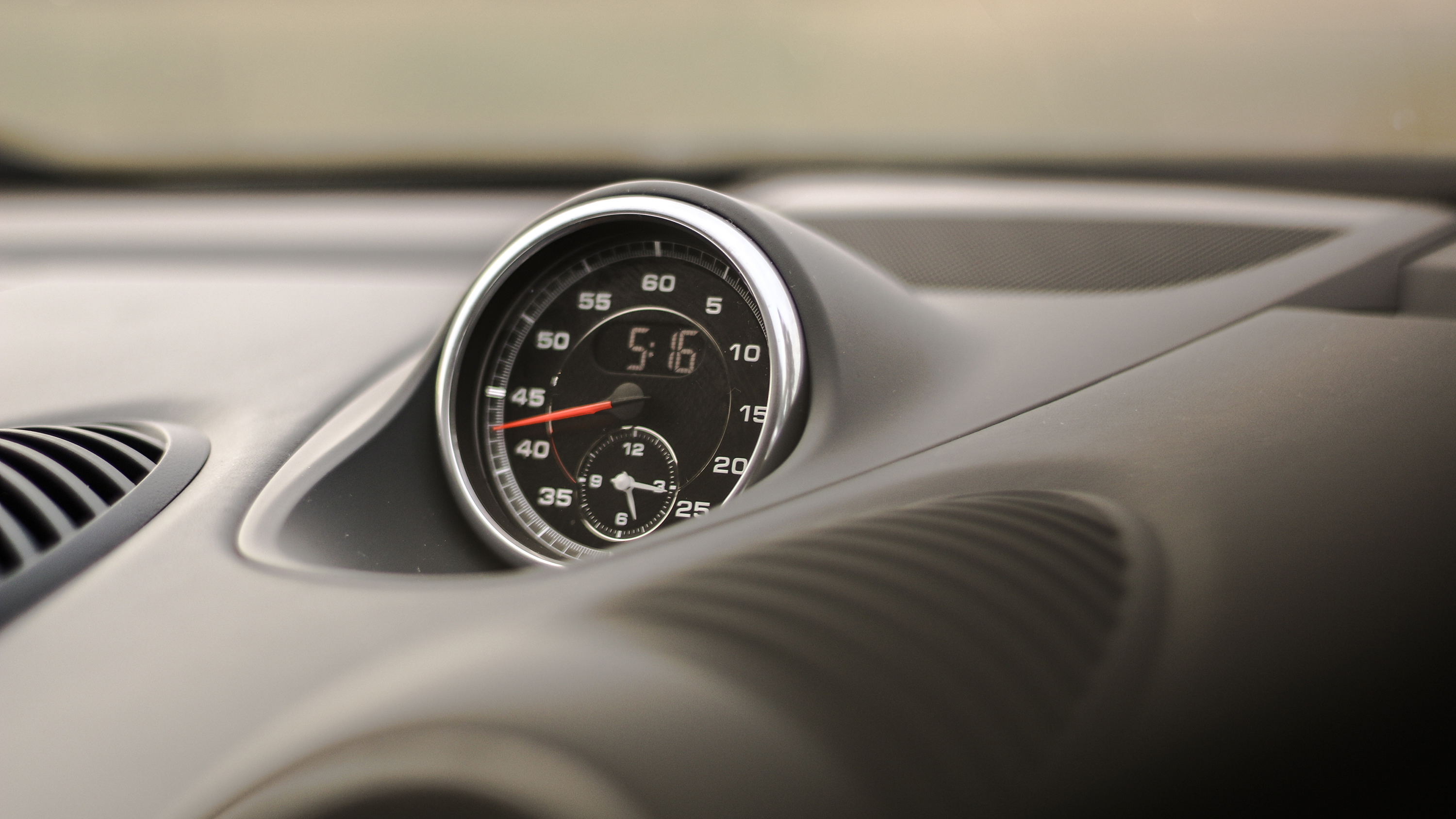 The key point is this: if you’d never driven a six-cylinder Cayman, and experienced how wonderfully frantic it felt at the top of its gears, you would have no issue with this four-cylinder replacement.

And thanks to the absurdly long gearing Porsche insists upon, the tops of those gears were at silly speeds anyway. Still are, actually, but thanks to turbocharging you don’t need to keep the engine singing for it to have an effect on the chassis. You can have more fun at lower speeds, in a car that feels more rear-driven than ever.

There’s a considerably sharper infotainment system, with the addition of Apple CarPlay, which makes listening to the stuff on your phone safer and easier than ever. The whole car is extremely liveable, with well-sized boots front and rear, and a seating position so well sorted that you can drive it for hours on end before any discomfort sets in.

Bugbears include too much road roar from the tyres if you’ve gone for the 20in alloys and the fuel economy, which at around 32mpg in mixed driving, is little better than the old 2.7-litre six-cylinder Cayman in real-world use. Still good for a sports car, though.

It is. The Cayman is undeniably a less scintillating car with a downsized engine, but it’s still brilliant to drive and it’s faster than ever, too.

And yet… previous iterations of the Cayman were cars I suspect I might have bought over a 911 Carrera regardless of the size of my budget. By lopping two cylinders and a heap of engine capacity from the its mid-engined cars, Porsche has effectively drawn a line between them and the 911, and made its cheaper cars feel, well, cheaper. This time, I’d definitely have a 911 if I could afford it. It’s a nuanced (and entirely hypothetical) observation, but an important one.

But then every tech introduction Porsche has made – water cooling, PDK gearboxes, electric steering – has caused controversy, and each has been improved upon, and thus accepted, rather soon afterwards. The lukewarm reception of four-cylinder engines may be short-lived.