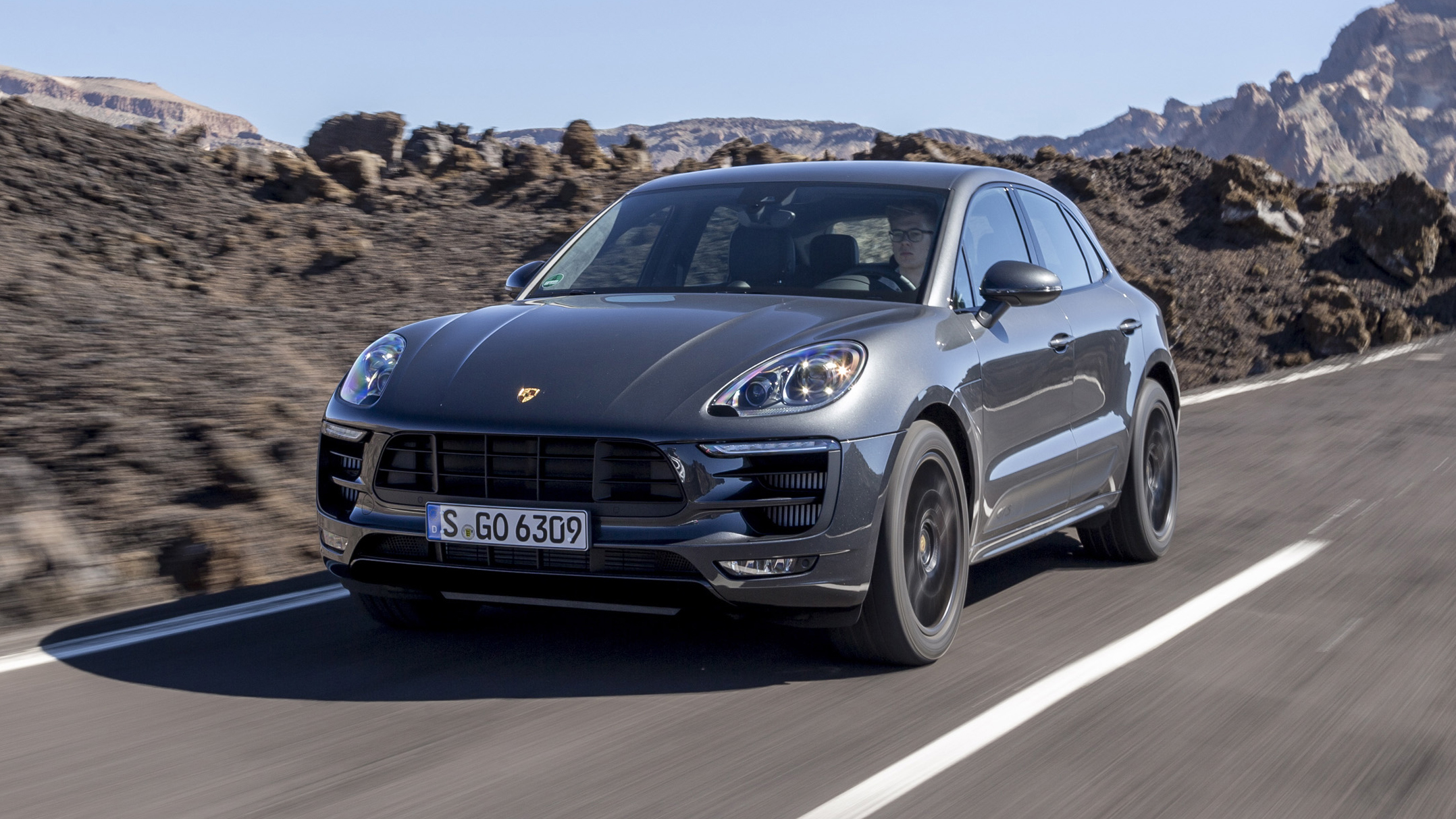 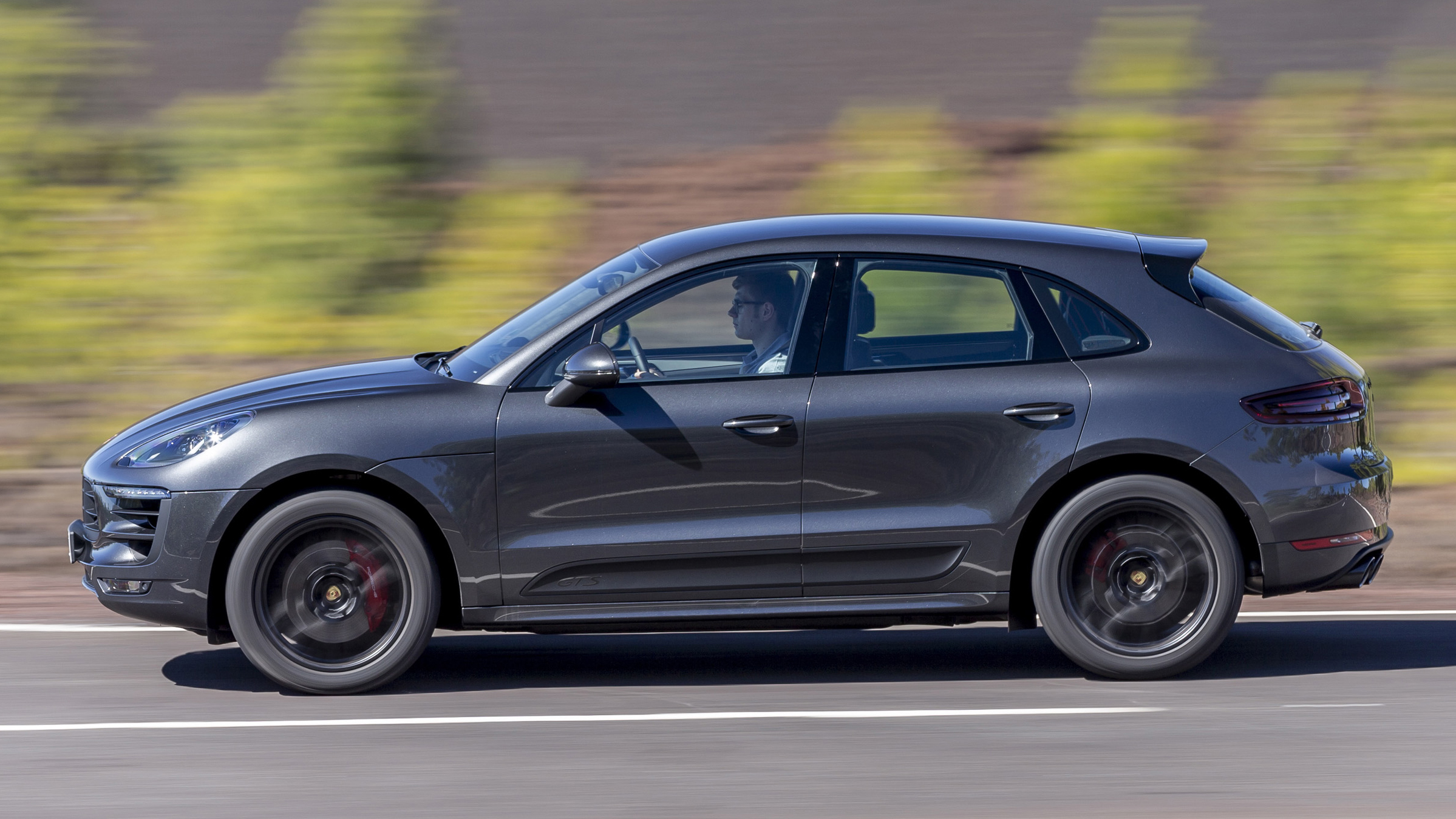 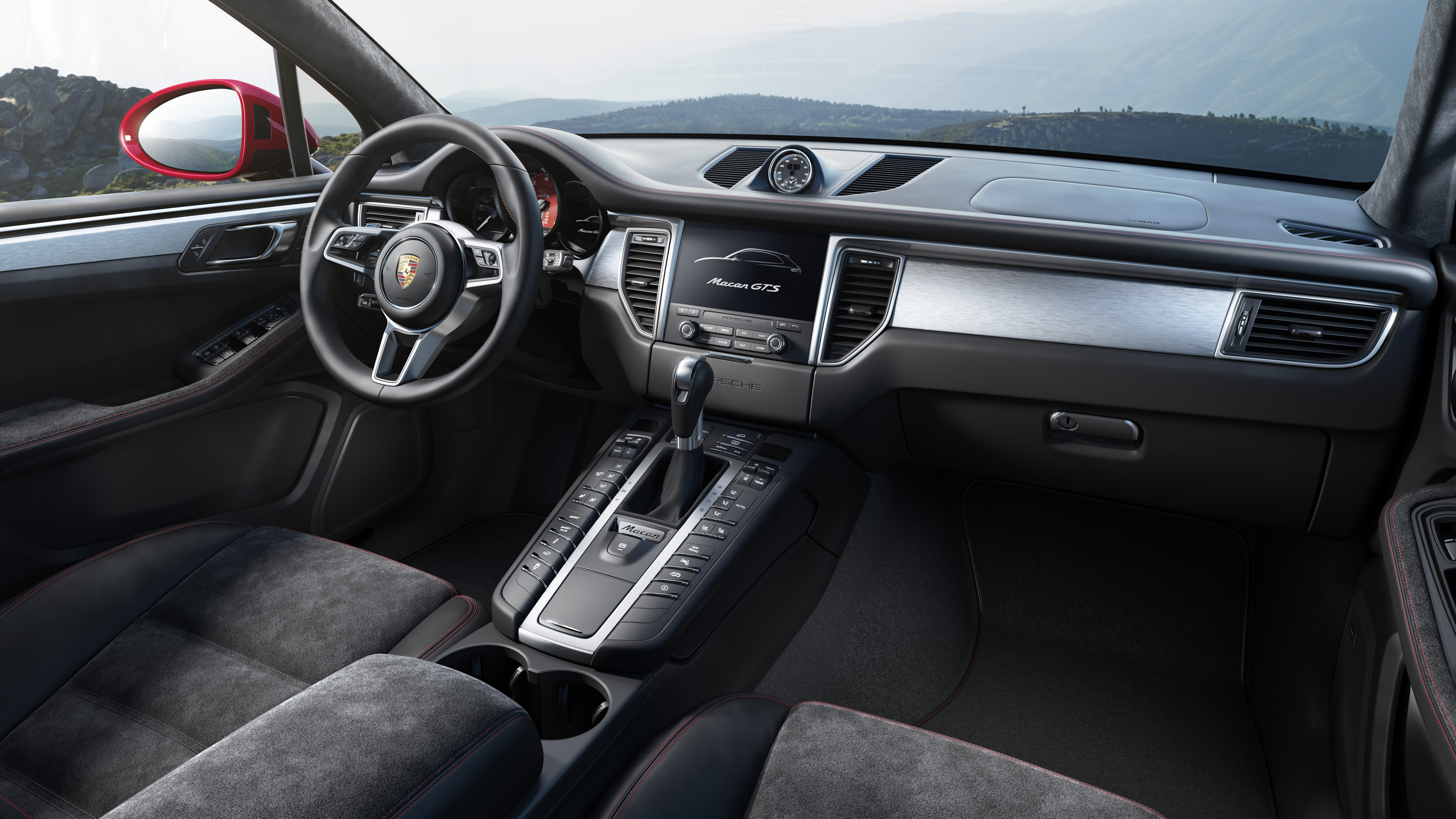 A Porsche Macan review. Which model's this?

Now, the Macan GTS is not the first SUV to be offered with an Alcantara-trimmed steering wheel, nor, doubtless, will it be the last. But as a mark of where we’re at in 2016 re crossovers and the like, it’s instructive. Like it or not, we reside in a world where it’s not considered weird to clad the wheel of your 4x4 in a material once the preserve of high-end motorsport.

Is the Macan GTS befitting of its Alcantara steering wheel?

In as much as any SUV can ever be befitting of an Alcantara steering wheel, yes. Though this isn’t the fastest SUV out there – hell, it’s not even the fastest Macan out there, giving away 40bhp to the Turbo – it is perhaps the most dynamically focused of the breed. Sports utility vehicle with a capital SPORTS.

So hang on. It’s less powerful than the Macan Turbo?

It is. The GTS is, effectively, a Macan S with a bit more power and bit more bite, that car’s 3.0-litre V6 turbo engine gaining a couple of exhaust and engine tweaks to raise output to 360bhp. Nought to sixty-two officially takes a pinch over five seconds, with top speed a healthy 159mph.

There are chassis tweaks also. Ride height’s down by 15mm, while Porsche’s (standard) adaptive suspension set-up gains a yet sportier setting.

We’ve already given the GTS a quick steer in sunny South Africa, where we declared it blinking rapid, but this is our first chance to drive it in the UK.

And how is it in the UK?

Blinking rapid. On sweeping A-roads, the Macan punts along at an unseemly lick, disguising its substantial bulk to almost spooky effect. It manages that Porsche trick of feeling more mechanical, more engineery, than its rivals: the seven-speed PDK is irrefutable, and there’s even a hint of feel through that grandly upholstered steering wheel.

Porsche has suffered (entirely justified) flack for turbocharging the Cayman and Boxster, but the torque-on-demand character of forced induction fits the Macan rather well. Engage Noisy Exhaust mode and there’s a pleasing soundtrack for good measure.

Grip levels, too, are frankly unfeasible. The discovery of what it takes to make the Macan GTS unstick on the road will inevitably be followed by an embarrassing call to the emergency services.

Lovely. Alcantara-y. And also button-y. Despite the Macan GTS gaining Porsche’s spiffy new touchscreen – replete with pinch-to-zoom-ness, no less – it hasn’t ditched any buttons. In fact, if anything, it seems to have gained a few more. Most commercial aircraft have less complicated consoles.

In years to come, perhaps we shall look back on the Macan GTS as representing peak button. We fear not.

British petrol stations. In which you will spend a lot of time if you drive the Macan GTS in Britain. We averaged about 22mpg. Which is not very much mpg. OK, that’s partly because the GTS encourages you to drive, as the brochures have it, ‘enthusiastically’, but also it’s a nearly-two-tonne SUV with a 360bhp V6 engine.

Ouch indeed. Thankfully less painful is the ride, which, despite the GTS’s standard 20-inch wheels, remains passable on all but the most depraved of tarmac.

So it’s a bit of a pocket rocket, then?

Less of the ‘pocket’. The Macan may be Porsche’s smallest SUV, but it’s hardly travel-sized. Put it this way: if you regularly drive narrow country lanes, you might want to pop a few quid in the ‘replacement wing mirrors’ fund.

Truth is, even on wider roads the Macan GTS has something of that traditional Big-German-GT feel, the sense that it's barely getting into its stride even at motorway speeds, that it requires a healthy stretch of derestricted autobahn to really clear its lungs.

That we’re not telling you to give this most sporting of sports utility vehicles a very wide berth is testament to just how convincingly the GTS executes its somewhat contradictory brief.

It’s not often you'd consider a £55,000 (before options) crossover as representing decent value for money, but the GTS doesn’t actually feel hideously overpriced for a smart family SUV with Serious Sports Car pace.

For most Brits, the Macan Diesel S - with its 430-odd foot-pounds of torque and promise of 40mpg motoring – should be all the fast Porsche SUV ever reasonably required, but there’s something oddly appealing about the GTS’s defiantly sporting bent, Alcantara and all. We shouldn’t really like it, but we rather do.