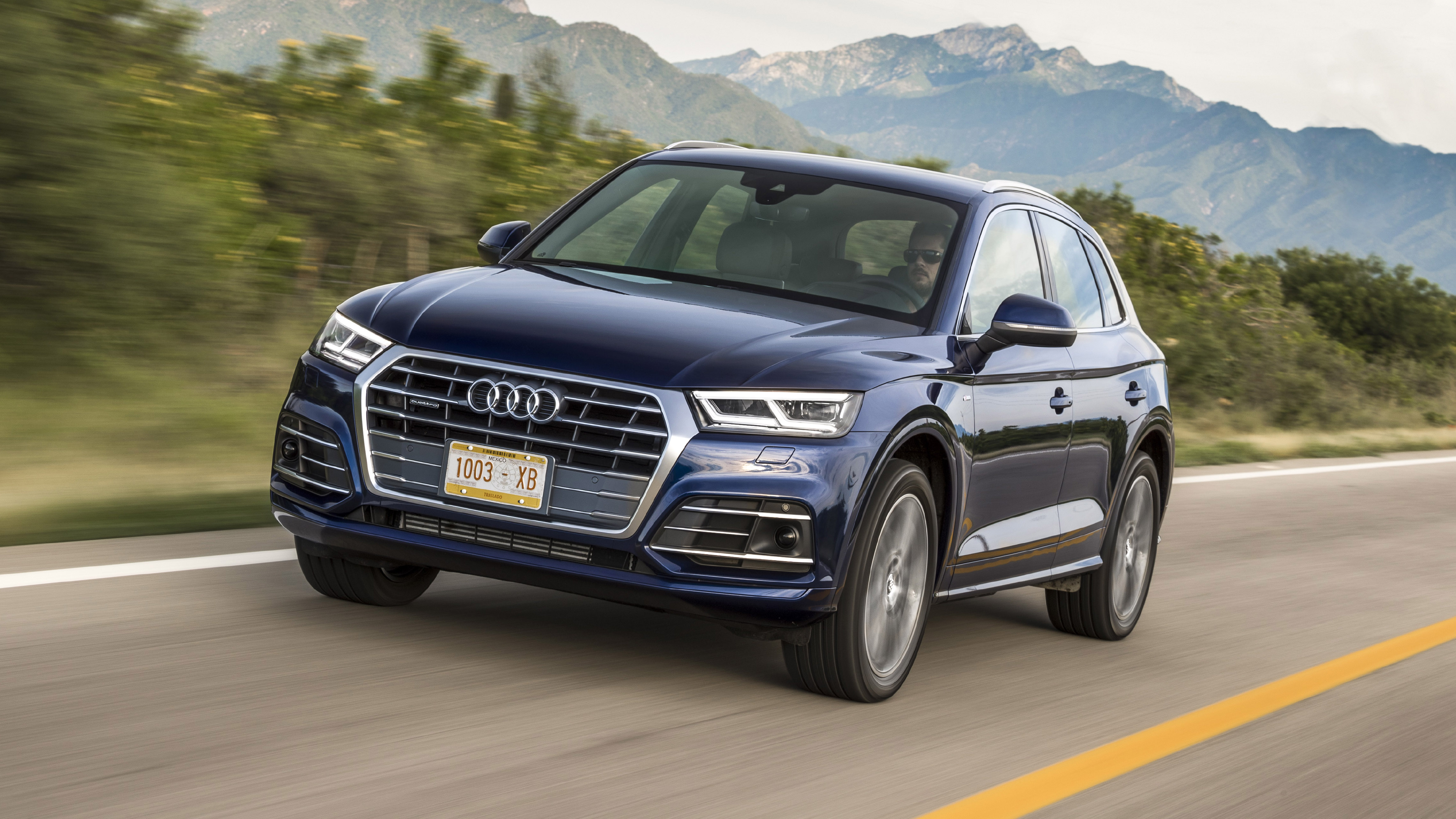 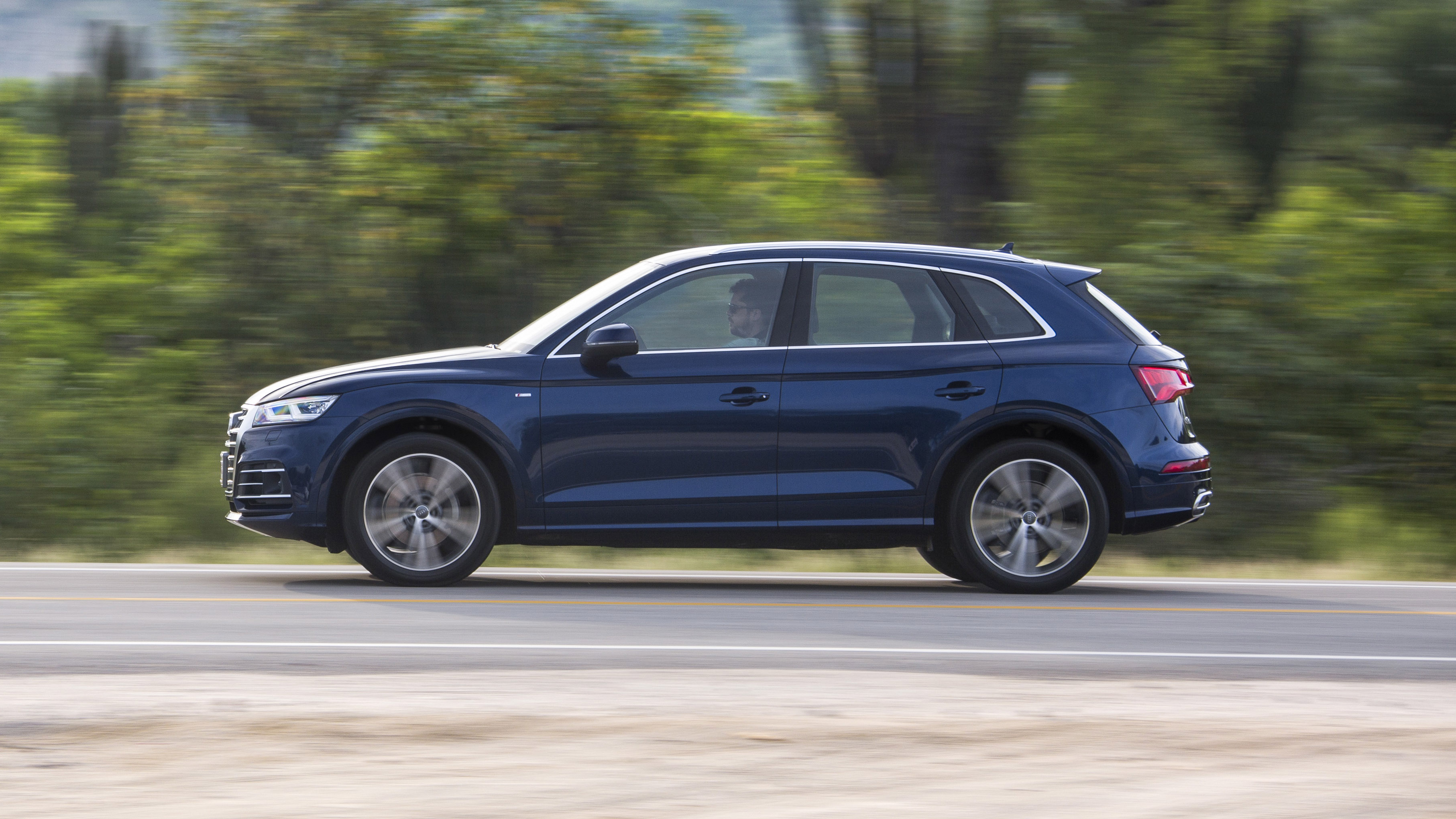 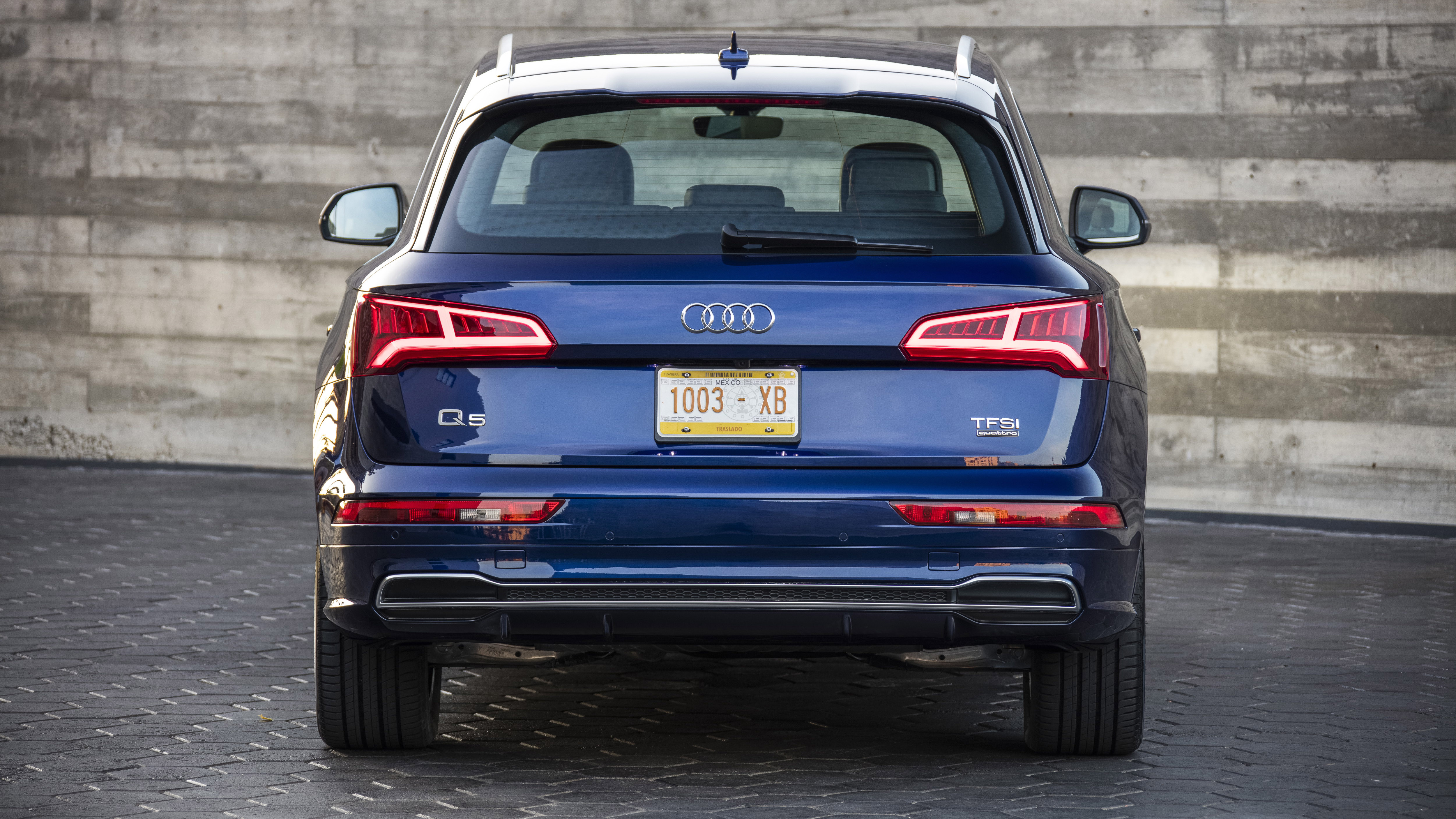 What are we looking at here? Looks familiar...

This - drumroll please - is the second generation of the Audi Q5. Perennial bestseller in its segment, peon to the middle-of-the-road mid-sized SUV and general wall of useful beige. According to the press blurb, it’s now ‘even more multifaceted’ and ‘sportier’, which means… absolutely nothing, really.

Saying that, this is a pretty thorough re-work, and if you park the old one next to the new, the changes are obvious and for the better. First up is the big single frame grille that’s become Audi’s big signature for front-end treatments, parenthesised by a pair of squintier and less friendly LED headlamps. The side profile is now much more sculpted, and there’s a rather neat front-to-back undercut that starts at the top right hand corner of the headlamp and uses the bonnet’s clamshell as a feature line, before bouncing over both wheelarches right to the back of the car.

Audi reckons that it ‘references the quattro four-wheel drive’ but I reckon the designers probably just did it because it looks nice. The back is all cleaned up, and although new Q5 has expanded in pretty much every direction versus its predecessor, it somehow conspires to look smaller. This is all good stuff.

Oh, Audi has been busy here, of that there is no doubt. The new Q5 is based on the new A4’s ‘MLB’ platform for longitudinal engines and it promises more comfort and better handling, but also brings with it a proper overhaul. Worried about the expanding waistline, there’s now plenty of aluminium to restrain the pork, actually managing to drop the car’s base weight by 90kg in the four-cylinder 2.0-litre TFSi  - a bit less in the heavier-engined six-cylinder model. Some of that weight has been shaved from the new five-link suspension, braking components and other bits’n’bobs, and there’s now a bewildering array of options for damping and suspension, from standard steel springs with no consciousness to steel springs with active dampers, right through to active and adaptive air. Top versions even get a sport differential - something that will probably see more use in the forthcoming SQ5 and mooted RSQ5.

There’ll be five engines available at launch, four diesels and one petrol, though that’s a little white lie, seeing as three of those are essentially the same 2.0-litre TDi with three different outputs of 150bhp, 163bhp and 190bhp. The other diesel is a lovely V6 mono-turbo with 286bhp and 457lb ft of torque, and the only petrol is a 2.0-litre TFSI with 252bhp that manages 154g/km, equating to 41.5mpg. Final figures are yet to be confirmed, but expect all engines to be cleaner and more efficient than the outgoing Q5.

As far as gearboxes go, there’s a six-speed manual, seven-speed S-Tronic auto and eight-speed Tiptronic, although the latter only comes mated to the 3.0-litre TDI. All get quattro four-wheel drive apart from the base 150bhp diesel (front-drive only, with quattro as a cost option), with the rear axle only being driven when actually needed, and the autos come with a freewheel function to save precious extra fuel. In either front or four-wheel drive versions, you’ll get some decent torque vectoring, though the only cars we’ve so far sampled are the 3.0-litre TDI and the 2.0-litre petrol.

Ok, we get it, there’s a few ways you can spin this. But what’s it like to actually drive?

As I’ve mentioned, we’ve only tried the 3.0-litre TDI and 2.0-litre petrol, both generously specced and on the nice-looking 20-inch wheels (standard being 17s). And much as it surprises me to say it, they both drive very neatly indeed. Steering is accurate and surprisingly communicative, the ride is firm but not harsh  - though one suspects you need the airride for 20-inch wheels or the S-Line trim’s 21s - the body control peerless in this sector. The irritating array of seven ride options, everything from offroad to allroad to comfort and dynamic as well as a smattering of individual modes smacks of choice for choice’s sake, but decide on the one that suits the road and the new Q5 is really very impressive. Braking is strong and progressive, traction - thanks to that torque-vectoring magicianship - is iron solid, and should you really want to, you can make it hustle with the best of them without feeling particularly compormised. Bodes well for that SQ5 we mentioned earlier. It’s really rather good - and way more than most people need.

Success
Skip 9 photos in the image carousel and continue reading 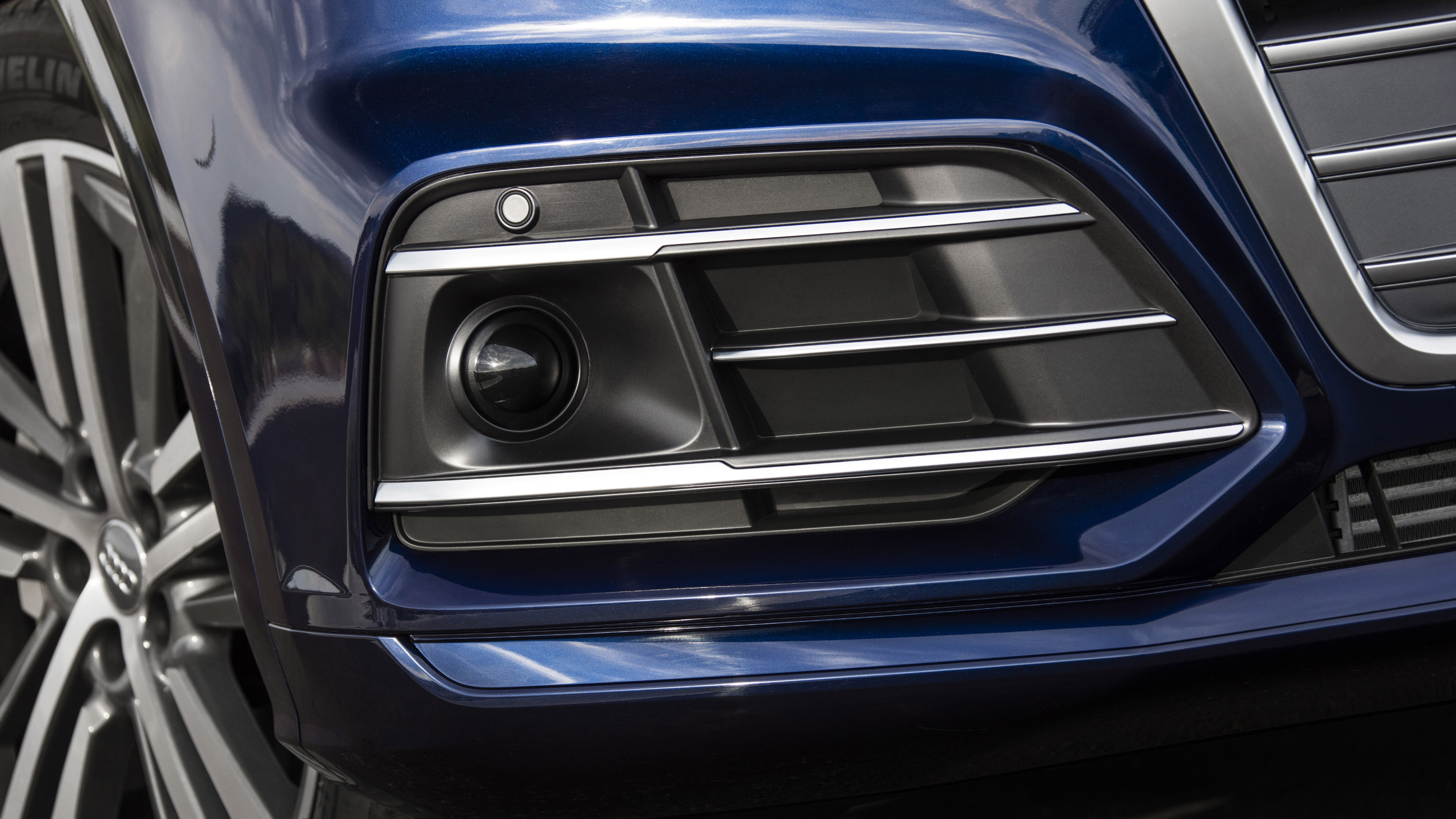 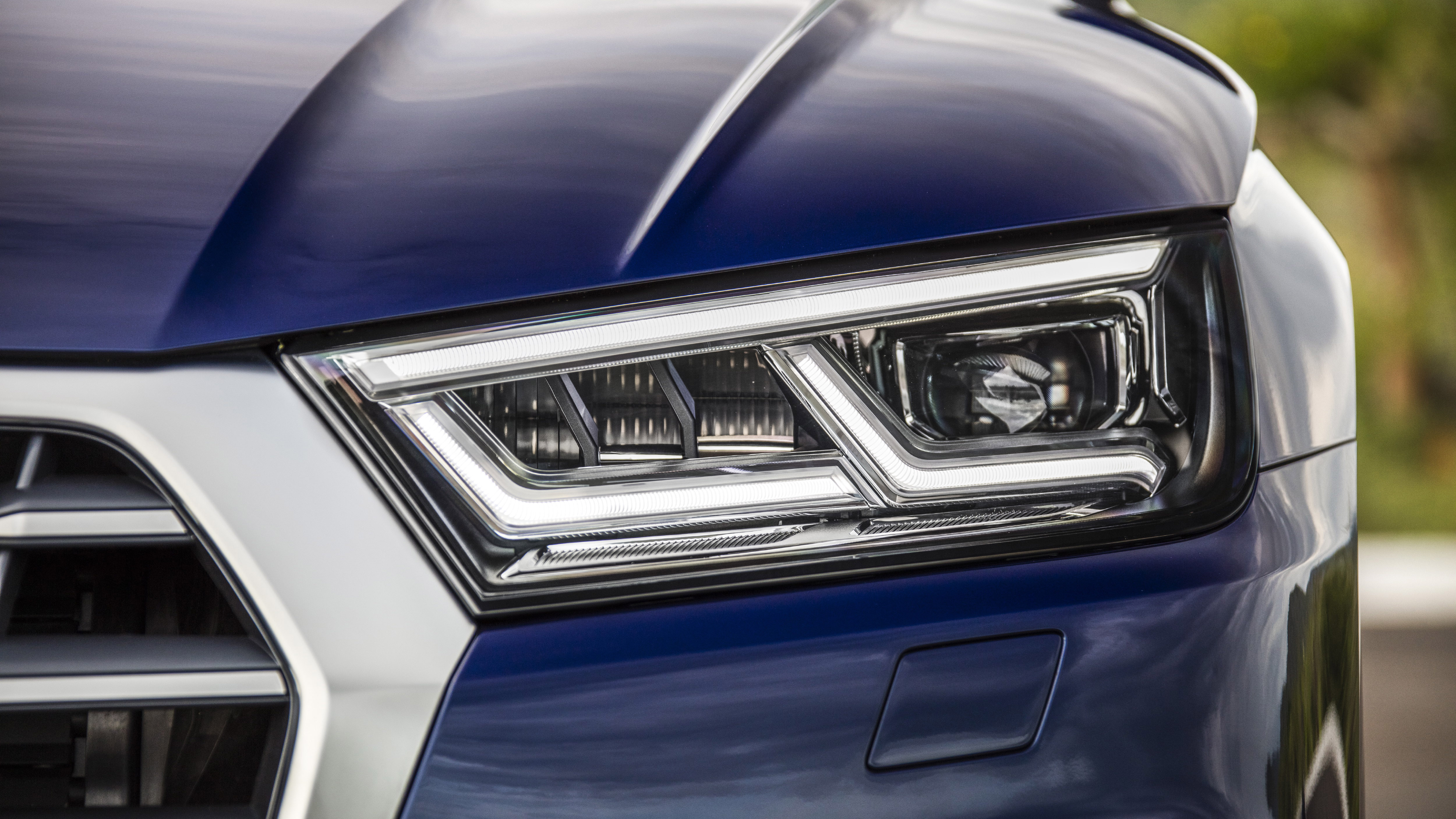 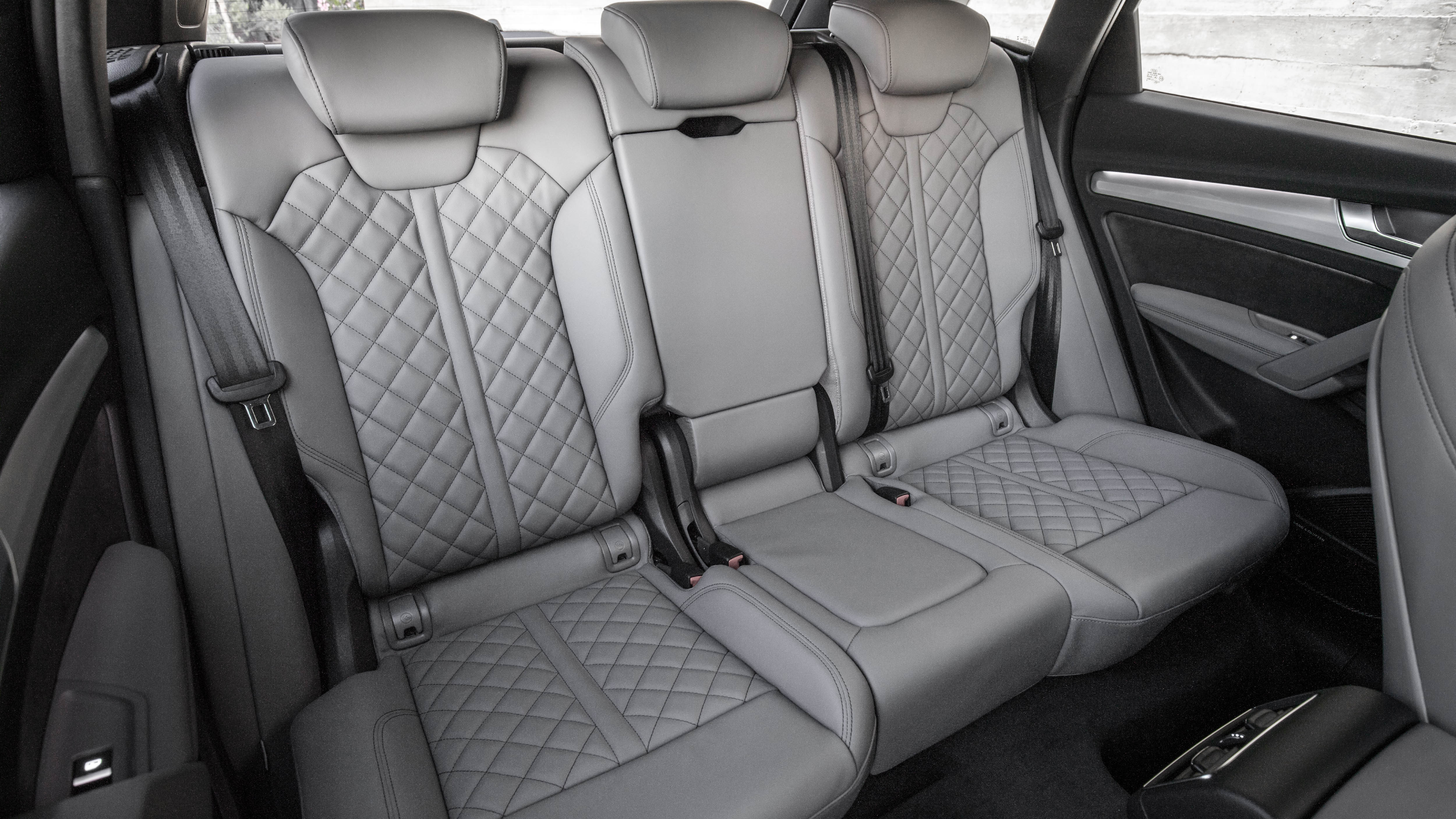 Anything else we need to know?

The interior is basically nicked from the new A4 - nothing wrong with that, Audi’s interiors being really very well sorted places to be - and features all the usual stuff: optional Audi Virtual Cockpit with 12.3-inch screen, MMI control, a pleasant and intuitive layout. There’s connectivity all over the place, a tablet to silence children with, inductive charging for mobiles, smartphone cues all over the electronic architecture, touchpads, head-up displays, slightly creepy ‘personal route assist’ (which learns where you go most and then suggests stuff depending on where you park at what time of day) - a million different ways to top up the monthly payments.

It seats five proper people, and there’s either 610 or 1,550-litres of space available for IKEA’s finest depending on whether you fold down the rear bench or not, and there’s the usual suite of helpers like adaptive cruise, collision avoidance, turn assist, park assist, traffic jam assist - a phalanx of ‘assist’ that’s too long to go into here or you’ll start banging your head on the nearest solid object.

Well, it’s not exactly cheap, probably starting at just under £40k, but it has to be said that the new Q5 really is better than the old one in pretty much every direction. It’s better to drive, better to look at, better equipped. It sold absolute shedloads in the last iteration (the global best seller in the segment at 1.6-million units according to Audi), and there’s no reason at all this version shouldn’t do the same. As safe bets go, this is rock solid.

So what's the verdict?

Doesn’t say much about you, but a cracking small-ish SUV.

NB: specs not confirmed - this is a very late ‘approval sign off’ drive