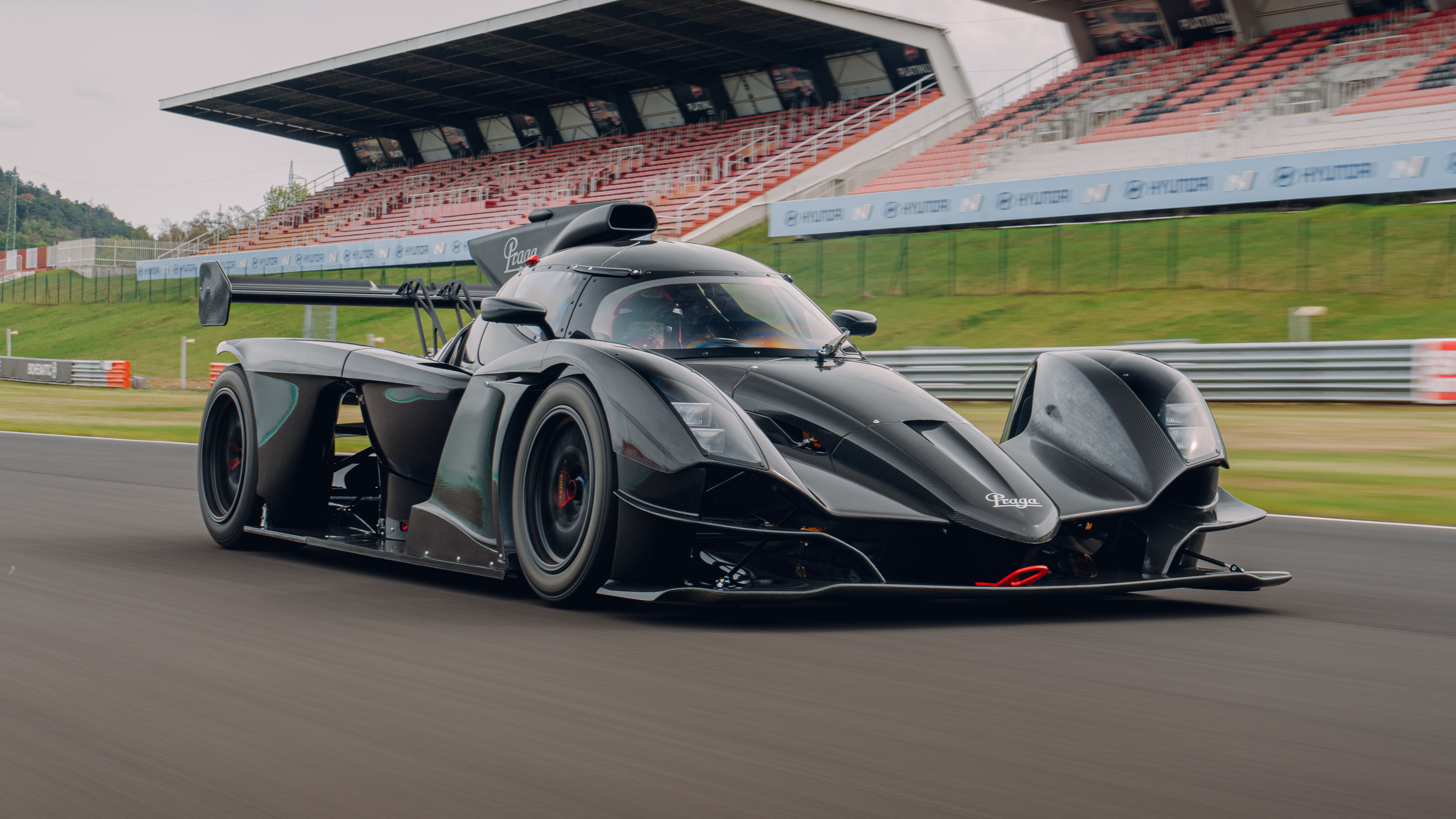 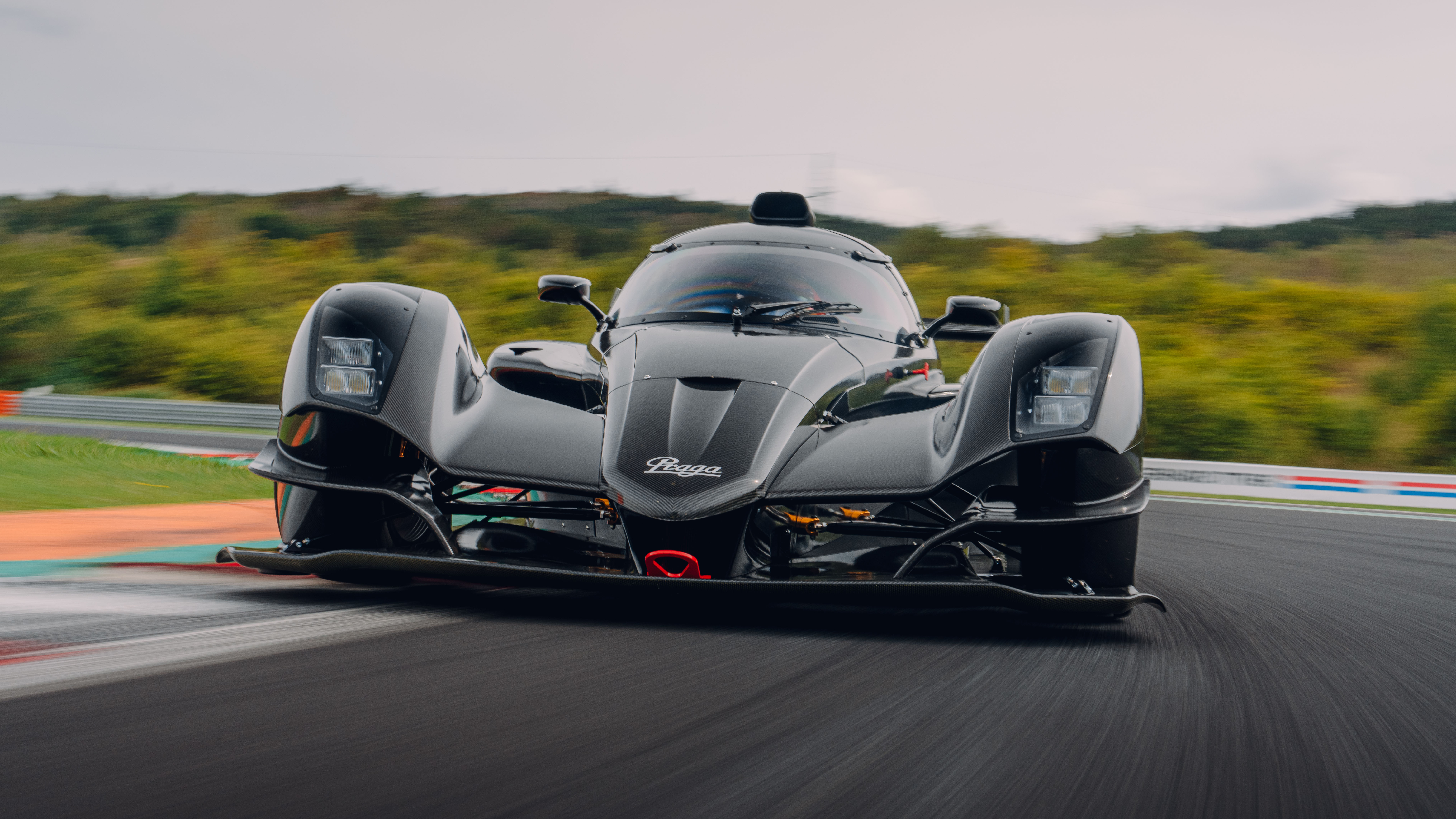 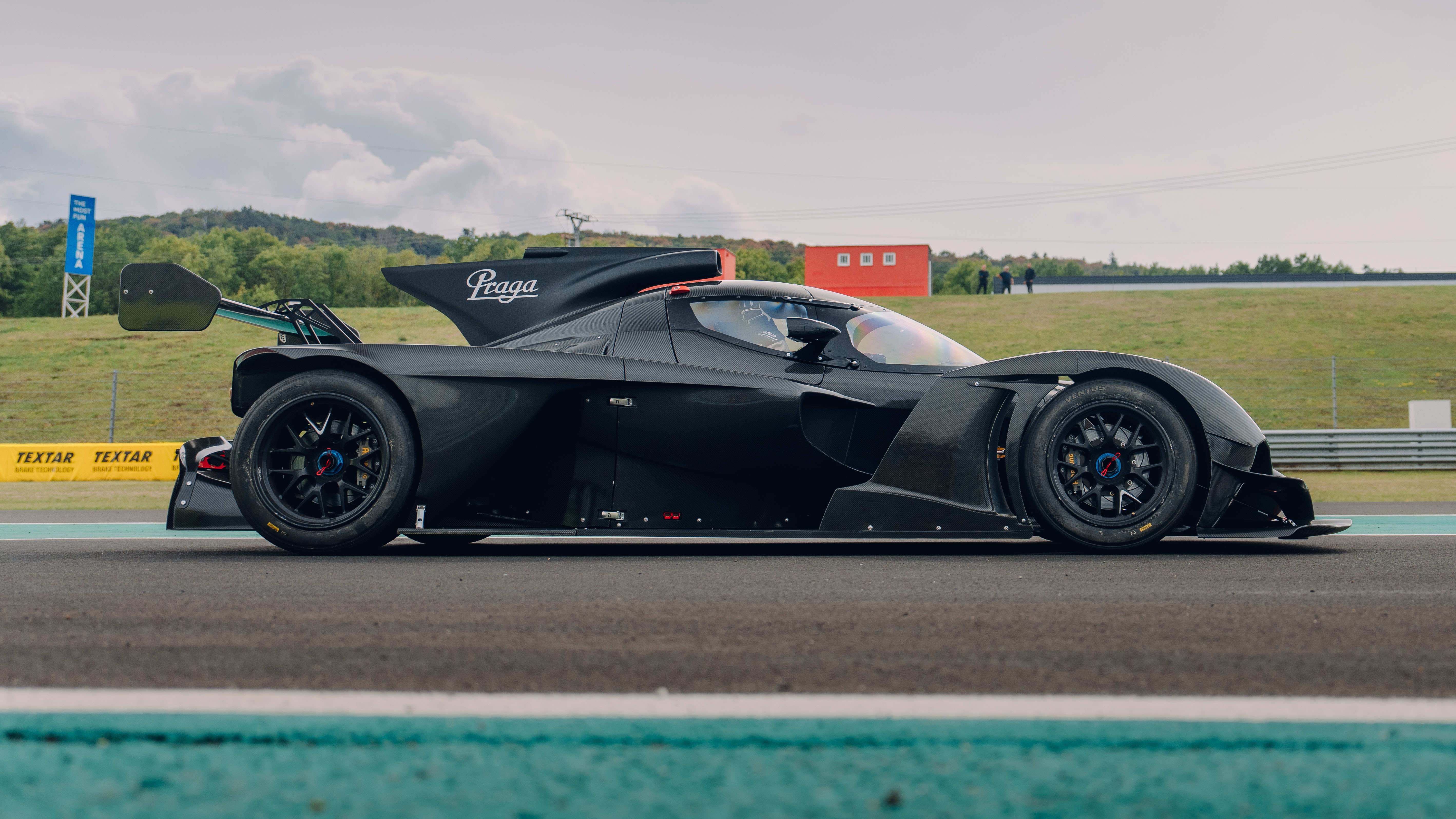 It does. Until you get the scale right, realise how tiny it is and try to resist the inclination to pet it. It’s a tiddler, under a metre tall and weighing just 643kg. Initial impressions are very much My First Le Mans car. It’s got all the right bits, but surely it’s too cute to perform?

Racing, duh. There’s a one-make series for it, but one of these also won the 2020 Britcar Endurance championship, taking seven wins from nine races. Depending on the attitude of the organisers, it’s eligible for GT3 racing, against such grown-up machinery as the McLaren 720S GT3, Ferrari 488 GT3 Evo and Porsche 911 GT3 R. Praga claims it’s often not allowed to play because it’s too fast.

A 2.0-litre four cylinder turbo from a Formula Renault, developing 365bhp at 6,900rpm and 291lb ft from 3,750rpm to 6,000rpm. Which is enough when you’re shouldering so little weight. Mind your driver’s diet. Drive goes to the rear wheels through a six-speed Hewland gearbox, it’s supported by double wishbones at each corner with inboard pushrods and plenty of adjustment. That’s all attached to a carbon fibre chassis with a single central seat inside and plenty of aero – above 125mph the claim is that downforce exceeds weight.

OK, but before we go any further: Praga. Remind me.

Time for a history lesson. Although this is very much in the vein of Ariel’s history in that it goes back a very long way, there’s a massive interlude after the company died, then it came back building very different machinery.

So Praga started out in 1907 and grew quickly. Cars initially, but by the 20s it had added trucks, buses, bikes and even motorised ploughs to its portfolio. Then aircraft and trolleybuses. It wasn’t a company that lacked ambition.

Then it became a victim of geo-politics. Nazi occupation during WW2 saw factory production switch to tanks and other military hardware, and the communist regime that replaced it dictated that post-war production should be limited to trucks, and from 1964, focused solely on transmission components. Praga, having been one of central Europe’s biggest automotive engineering firms in the first half of 20th century, vanished. No Skoda-style resurrection.

Basically the turn of the 21st century, when motocross bikes and trucks bearing the Praga badge appeared. No road car as yet, but race cars first emerged about a decade ago. It does appear they got the naming a bit back to front, though. The first was the R4S, then the R1R, and now the R1.

Bigger inside than you expect once you’ve swung in and dropped down, but the swinging in and dropping down isn’t for the big. From that point on you feel as if you’re wearing it, rather than driving it. (Lack of) size and weight dominate the experience.

The R1 came along to Autodrom Most for Speed Week because I wanted a Czech car to be our circuit guide to a Czech circuit. This meant it was lapping alongside plenty of other very fast cars, from the BMW M4 CSL and Porsche GT4 RS to the McLaren Elva and Ferrari 296 GTB. All of them looked massive through the windscreen of the Praga: tall, big and slow through corners. The R1 was wasp-like in its reactions and direction changes, an impression compounded by the frantic buzzing and vibration inside. The noise made the GT4 RS seem a paragon of placidity.

The Praga was at its best into the slow and medium speed corners, devastating under brakes with great chassis balance that allowed you to brake all the way to the apex without a whiff of understeer or oversteer. Not a huge amount of pedal feel, but that’s race car norm when things are so rowdy and frantic inside.

More grip than power on the way out, which is always good for confidence. Hot slick tyres made all the difference there. Through the sweepers on the back side of the circuit it must have been 10-15mph faster at the apex than anything else. And because it’s so light and dextrous, you have fantastic feedback. It’s a proper thing, capable, Praga says, of pulling a lateral 3G.

Grip not in short supply then?

Absolutely not, but it feels approachable despite the speed it carries. This is chiefly because of its size – there’s a hint of go-kart to it because there’s so little mass and complexity between your inputs and the bits doing the responding. It feels a simpler and more communicative car than other full house GT3 machines I’ve driven. In all of them you feel you’re working against a certain amount of weight, are slightly less aware of what’s going on. This is more direct, delivers bigger hits of excitement because you feel more exposed to it.

The engine is the least exciting bit, and acceleration tails off significantly through the quick stuff. Down the main straight it’s doing perhaps 145-150mph when the Elva and 296 were up beyond 160mph. But they are slipperier shapes with well over twice the horsepower.

What other benefits are there to it?

Even if you didn’t race it, as a track machine it’s got so much to recommend it. Not least the fact it’s more affordable than rivals and costs much less to run. Easier on fuel and tyres, reduced mechanical stresses, plus 4,500km engine rebuild intervals for the more basic 2.0-litre engine.

It’s different, it’s a wicked looking little thing, and its ability and performance makes me enthused about what Praga might come up with next. Hadn’t really expected that.