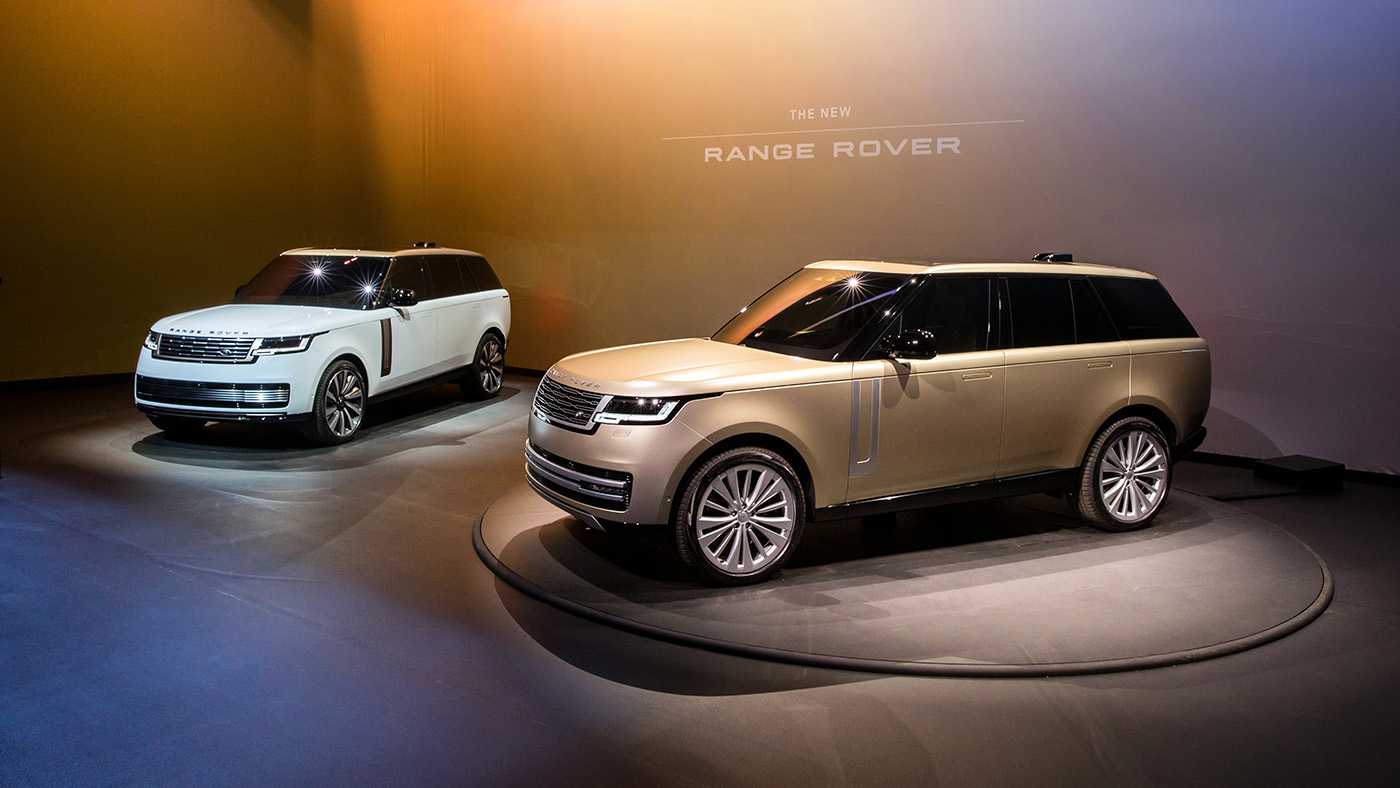 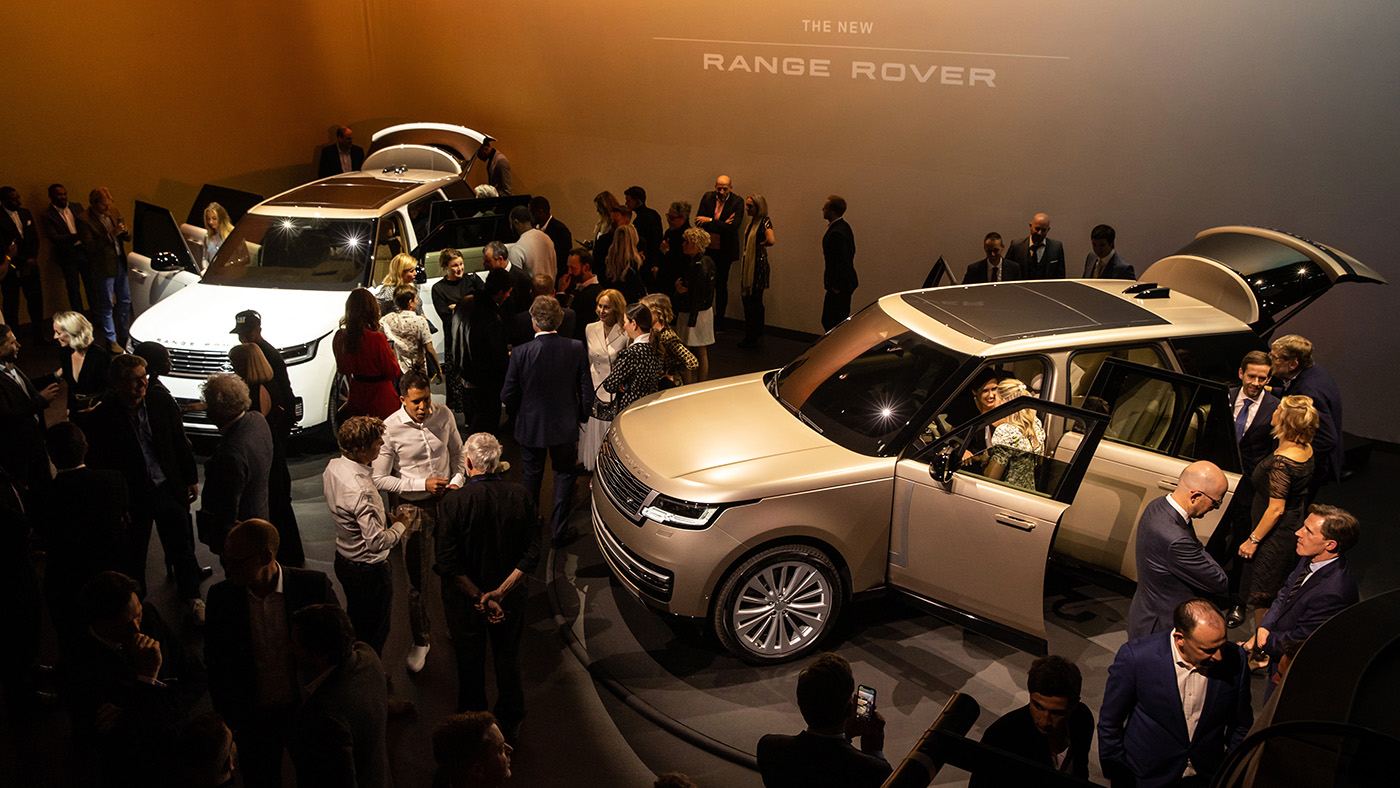 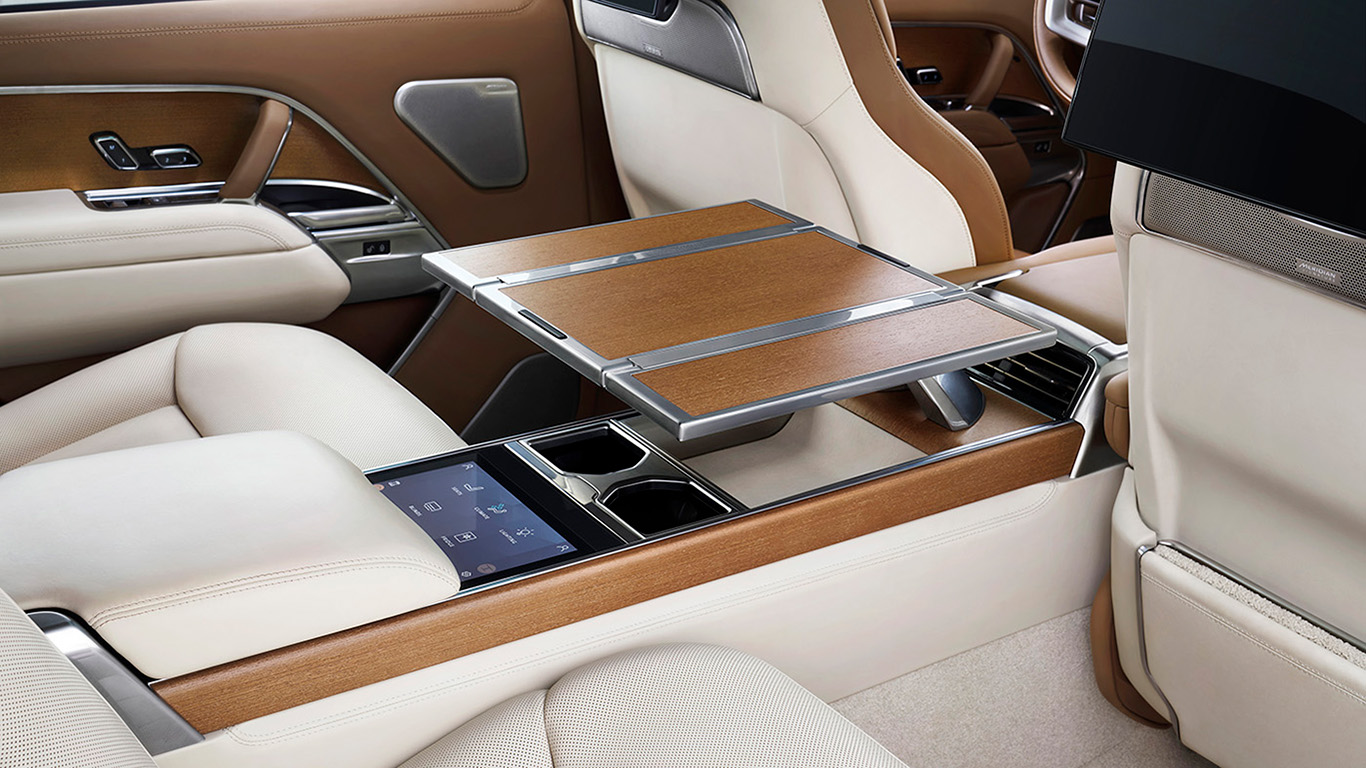 What’s this, an eclipse?

No, we’re just standing in front of the gigantic new Range Rover.

It actually looks pretty good in real life, doesn't it?

It does – the pictures don’t seem to have done it any justice. It’s big, yes, but sculpted and purposeful. The back end looks much tauter and better put together than the saggy press shots. The flush glazing and smooth bodywork is genuinely impressive. Now, if we can get past some of these people at the Range Rover’s reveal event we can have a closer look at the car.

As soon as you open up the car you get a sense of the engineering thought that’s been put into the car. The metal of the doors has been pressed thin like ravioli around each edge, with sizeable strips of rubber. They’re supposed to be there to aid the Range Rover’s 900mm wading depth and prevent leaks, but they have the added bonus of improving refinement and blocking out road noise. And of course all of the Range Rover’s doors are designed to open and close with the kind of thunk you’d expect from such a luxurious model – you don’t even have to be touching them, thanks to the new power closing feature.

Climb onboard and it’s a little higher than you expect, but the SV model we had a look at is particularly well done out. The cabin is a vast space, there’s over a metre of legroom in the second row, more than enough space to recline your chair and enjoy the shagpile carpet (you might want to bring your slippers).

Being eco-conspicuous is very important for the rich these days, so Land Rover is putting a lot of emphasis on its non-leather materials that are available for the car. There’s nowhere you’d feel like you’re missing out, though.

Are there lots of toys to play with?

Rear passengers in the new SV model might not even get round to enjoying the 13.1-inch infotainment screens and noise cancelling headphones that come with the car. The small touchscreen panel in the rear centre console could keep you amused for hours.

Here you can adjust the seats, with their heating and massage functions, electronically deploy the footrest or watch the table emerge smoothly from its hiding place. A team of people spent two years perfecting this one console and the effort shows immediately.

Another touch reveals cupholders, press again on a different screen and a hatch behind your shoulder swishes aside to reveal the onboard fridge, which is big enough to handle a champagne bottle and a couple of glasses.

Are there any other nice touches?

Range Rover is particularly proud of its Tailgate Event Suite, where the boot opens up and with a bit of floor panel manoeuvring turns into a full-on seat with cushioned backrest. It’s designed to take up to 350kg of weight and also features speakers in the boot hatch and extra lighting for a bit of ambience. Perfect for watching the polo.

We’d normally urge you to wait until the car’s been driven, or even until prices have been announced, but with a car like the Range Rover that’s not likely to stop anyone from deciding to go ahead with getting one. Luxury purchases like this aren’t always rationally driven ones (there are better off-roaders out there, for instance, or cheaper seven-seaters – it’s the Range Rover’s fanciness and rarified image that set it apart), but as rational as a luxury car purchase can be, it seems at first sit like the Range Rover ticks all the right boxes.