£181 p/m
External link to
with Leasing.com
Read why you can trust our independent reviews
Top Gear Team
Published: 29 Jan 2019
Skip 14 photos in the image carousel and continue reading 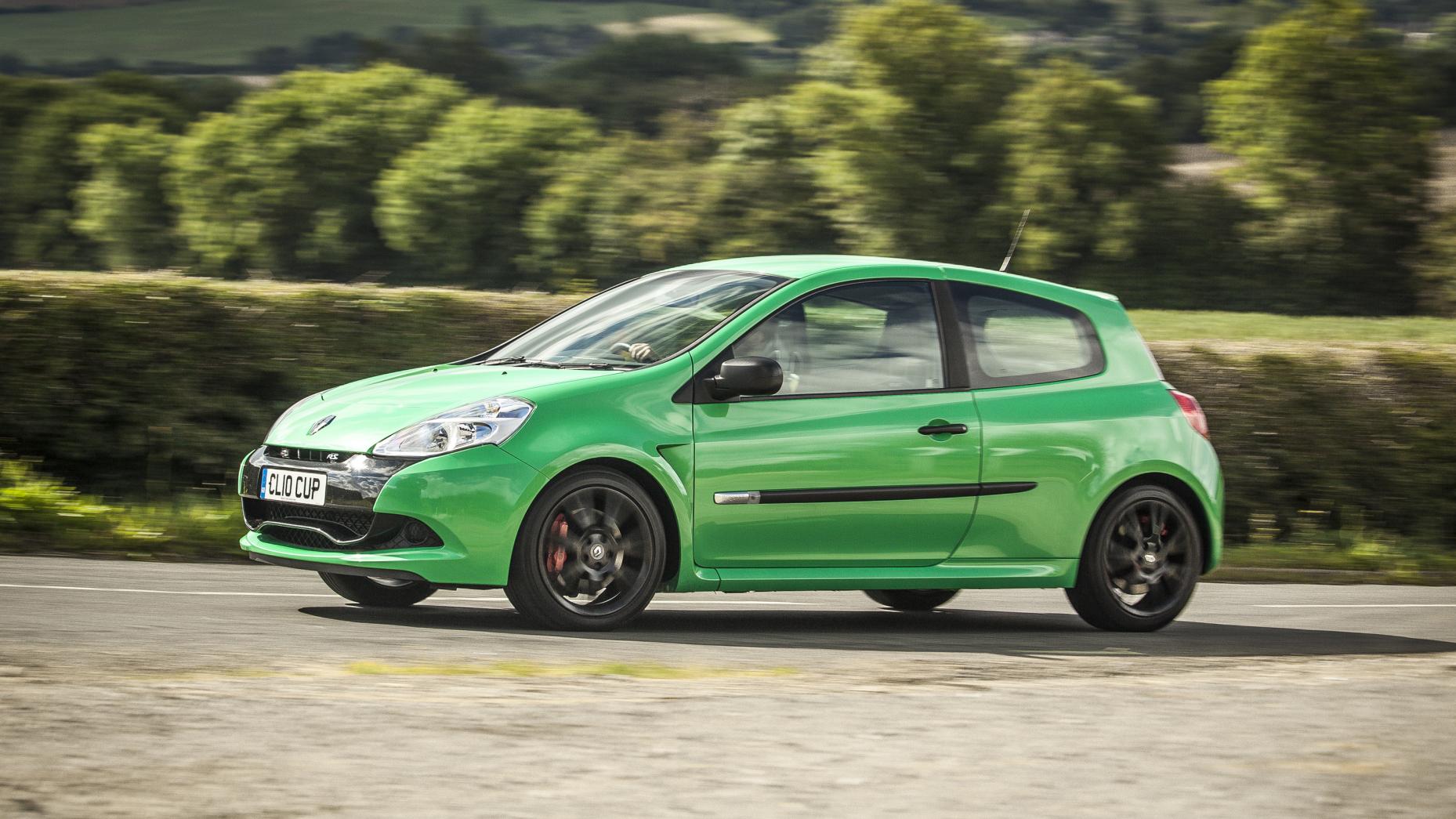 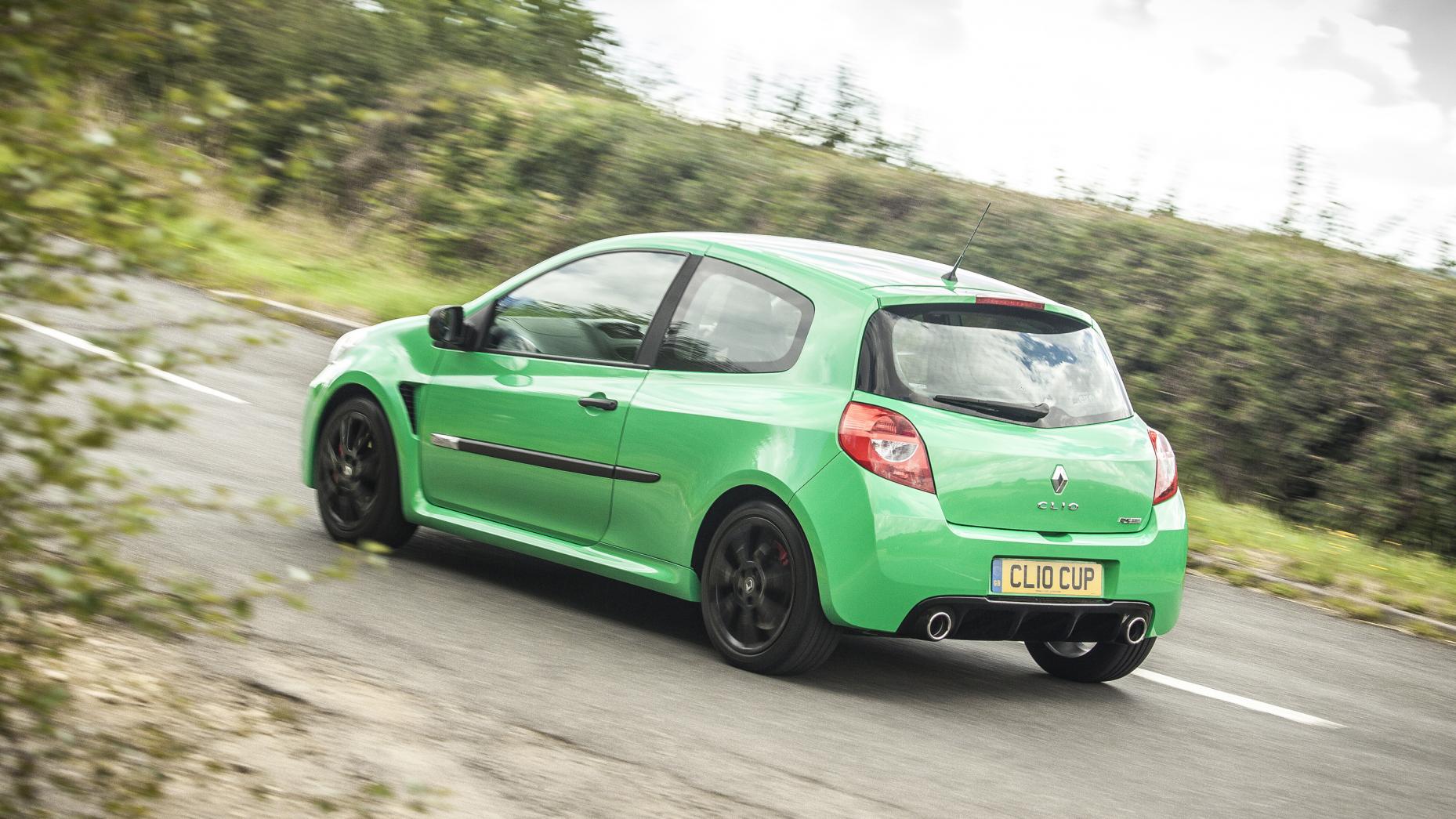 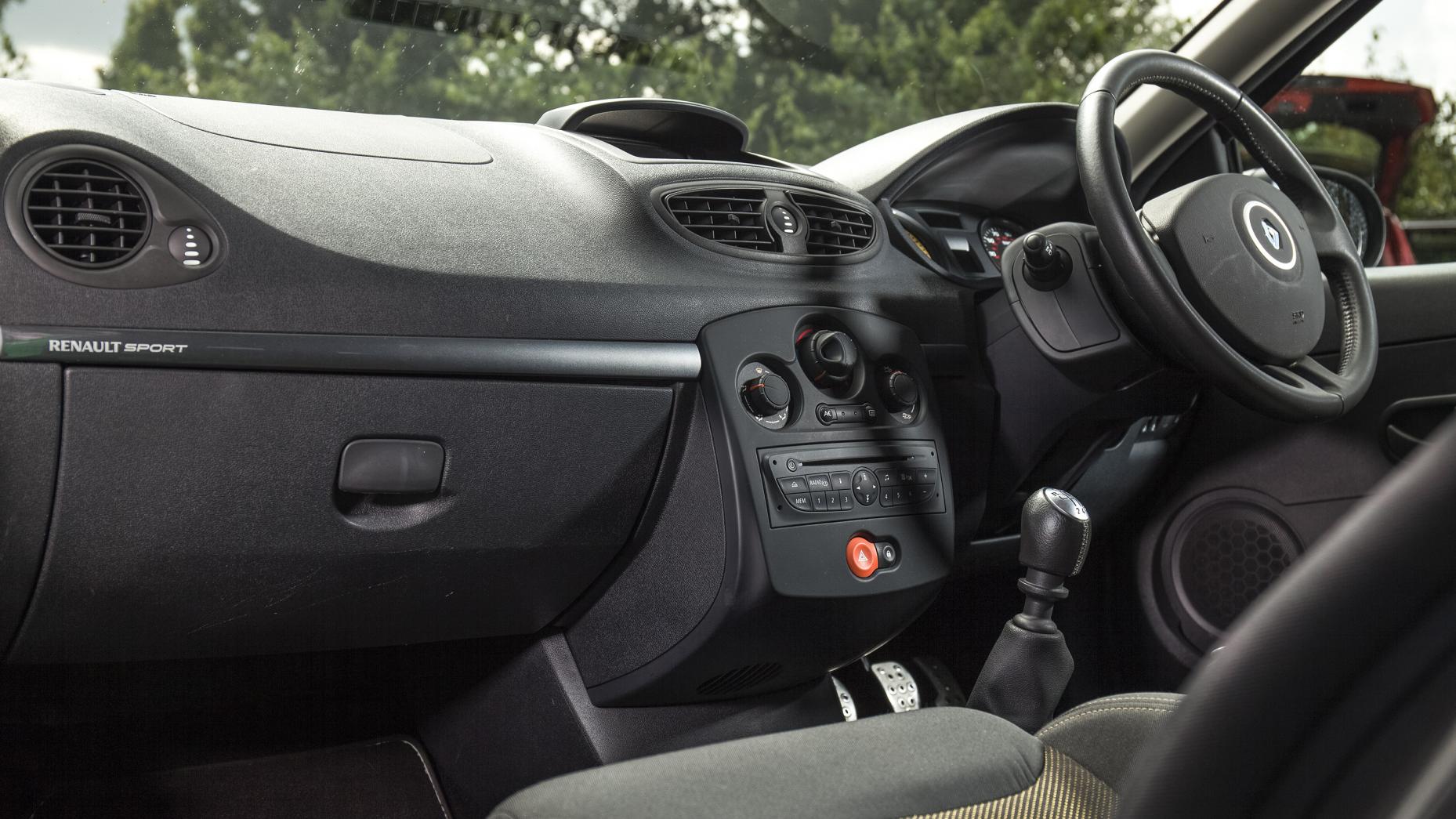 This is utterly magic. Sorry to jump straight to the ending, without any dramatic build-up, but there’s simply no evading the fact this thing is spectacularly good to drive.

The sign of a truly great car is when there’s no one stand-out element; each component is so well judged, and matches the rest so sweetly, that you can’t mark out one single area that stands tall above the others. So it is with the wee Clio.

However, in an age of turbocharged hot hatches, it’s worth singling out the Clio’s powertrain. It’s a 2.0-litre n/a unit that wants to rev to the heavens, but is actually surprisingly torquey low down, especially compared with a Toyota GT86, which possesses similar on-paper performance. (Earlier 197s are a bit thinner low down, it must be noted.)

Use all of its performance, though, timing your upchanges with the satisfying red-line beep, and you’ll be grinning, even in a straight line. The six-speed manual gearbox is precise and satisfying, and the sound of its properly sized engine raw and exciting. The current trend for turbo hatches may still be providing fun, but this is firm proof it remains a compromise.

Hot hatches shine best when the road’s not so straight, of course. The Clio’s reactions are razor-sharp, and while grip is tenacious, there’s a playful edge if you go looking for it. Fast Clios of old ask of close attention into quick corners, but the 200 faithfully follows its driver’s intentions.

A Ford Fiesta ST or Mini Cooper S is the more tail-happy car, but neither has the Clio’s overall composure. And some thoughtful braking or a smart lift of the throttle makes it nicely adjustable and more than willing to pick up its inside rear wheel. On track, the Clio’s balance is simply superb.

You might have guessed it’s a firm car, particularly if you’ve got the Cup chassis fitted. But it’s not unremittingly stiff; there’s some aggression over badly broken roads, but you only need build a small amount of speed for the body control to sharpen up and the whole thing to feel perfectly judged.

So, the Cup chassis. Without wading waist-deep into geeky numbers, it essentially sharpens up the suspension components and brings more direct steering. While the standard car is hardly soft, it’s a desirable option to have.

It was introduced in 2007, a year into the 197’s life, first as an option pack on standard cars, then as standard on a stripped-out special edition. On 200s, it appeared right from the off in 2009, both fitted to an entry-level model named Clio 200 Cup, and as a good-value option on a plusher car (simply called Clio 200) whose standard trim included keyless go, cruise and climate control, Isofix mountings, electric mirrors and rear head rests.

Buy one of the latter, and it’s known as a ‘full fat’ Clio 200. While we’re all for a trimmed-down special, the better-equipped car with a Cup chassis is the MkIII RS’s sweet spot. It’s simply a nicer place to cover big miles in. And when a car is this addictive to drive, you’ll want to be doing just that.