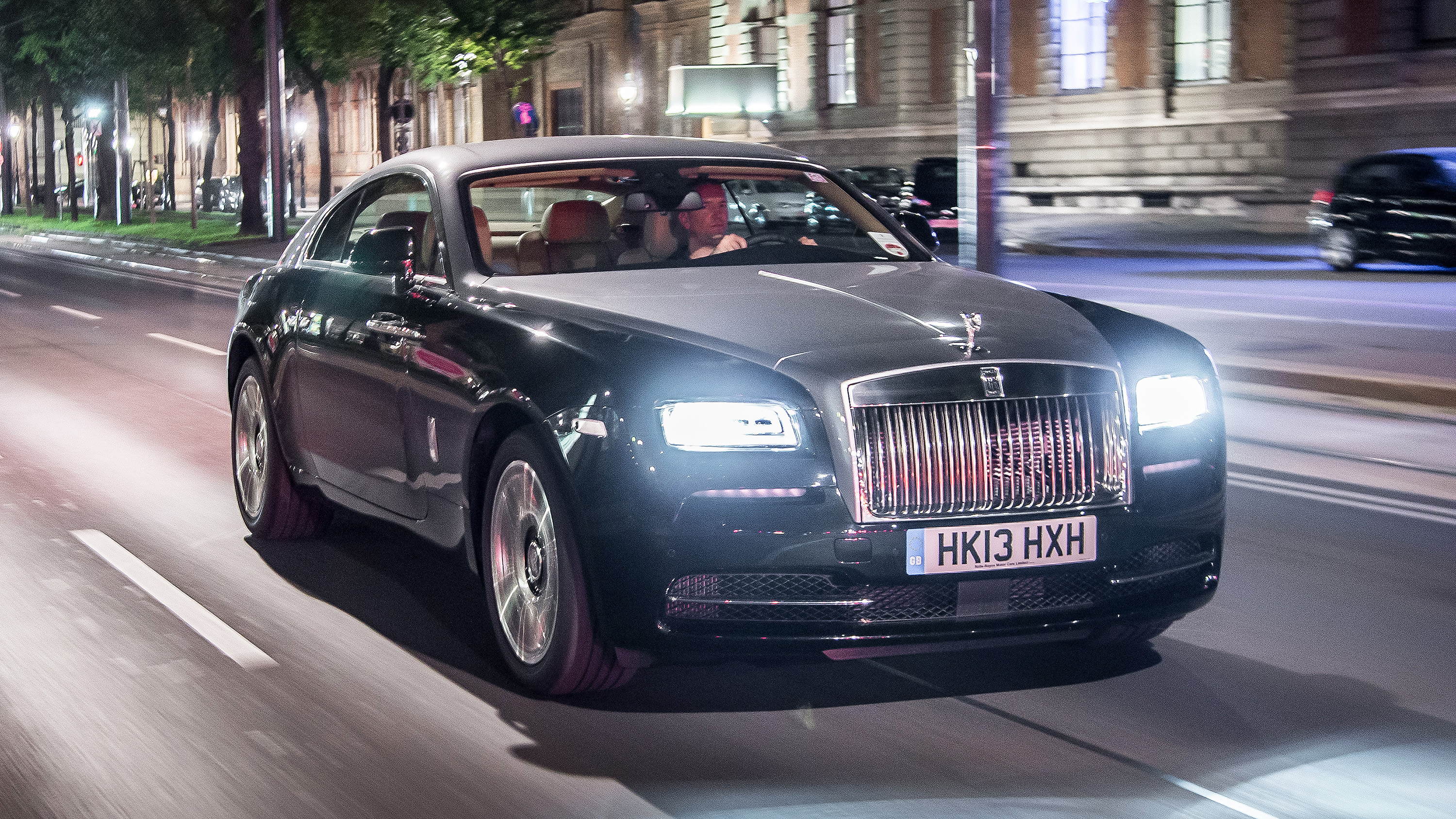 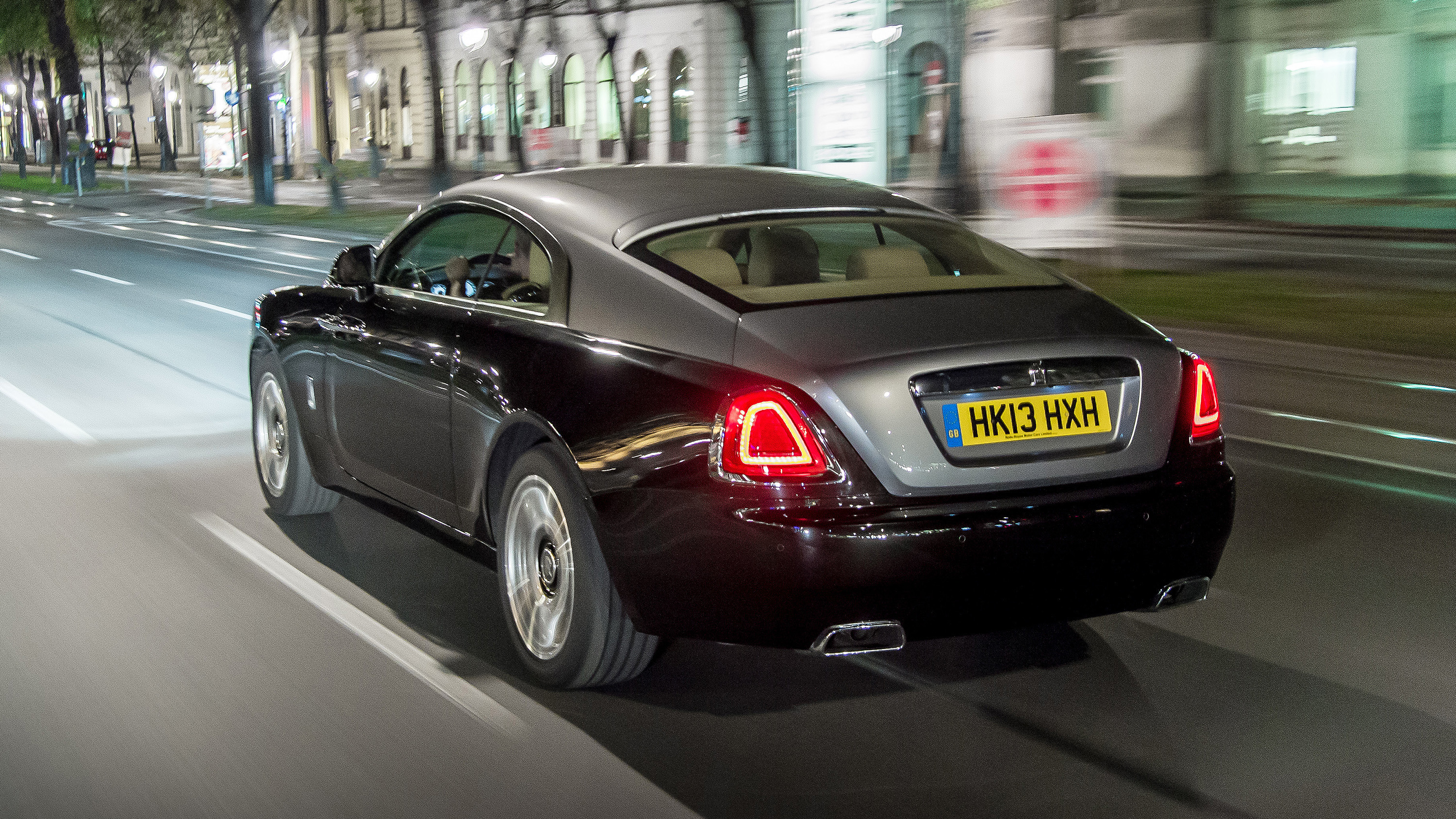 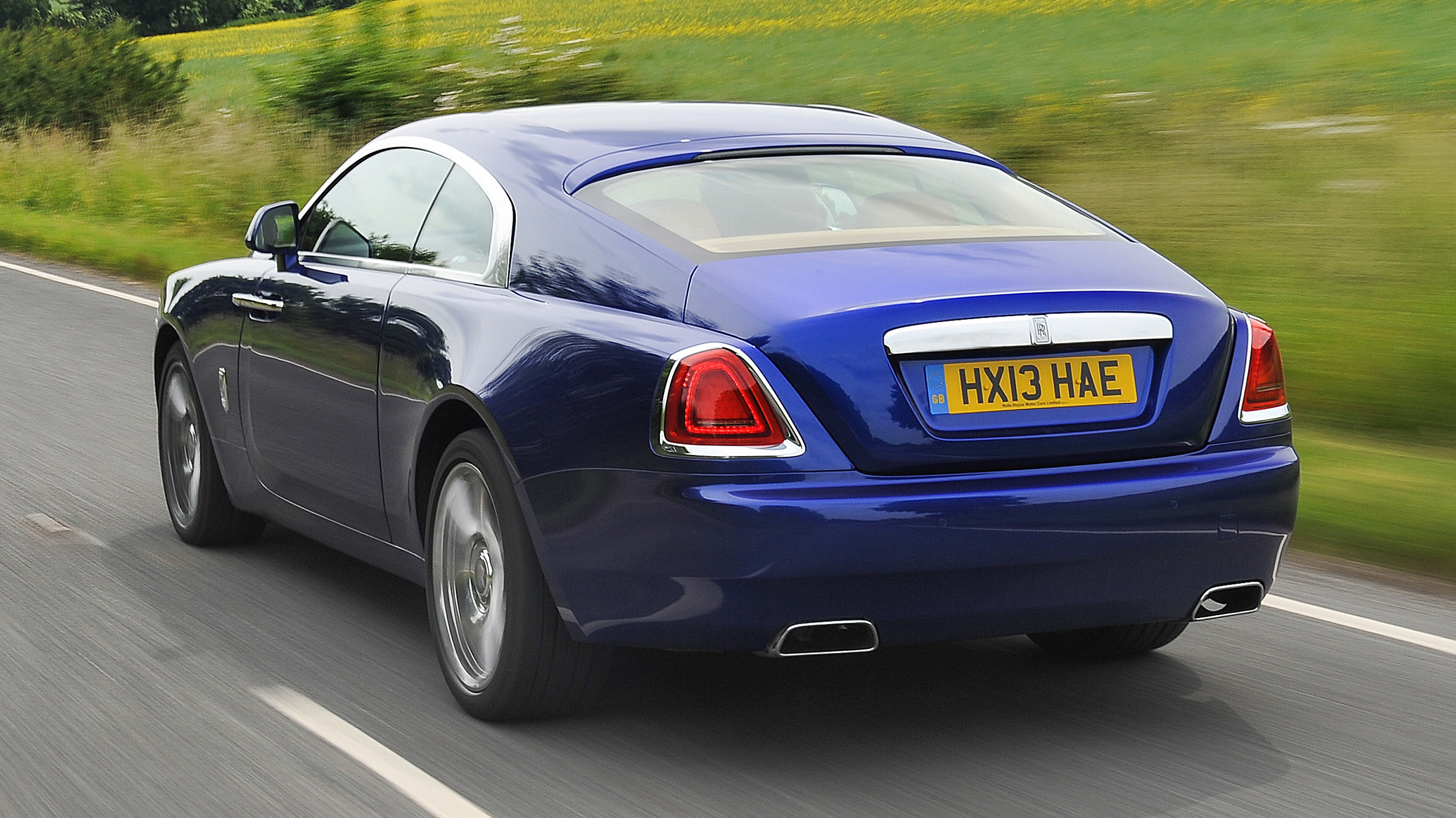 1 / 15
Advertisement
“The Wraith is distinctive, unique, and quite wonderful. If a wee bit behind the times now ”

Not as sporting as you might hope. A wee bit big, too

The Wraith is billed as “the most powerful and dynamic Rolls-Royce in history”. The first bit is easily dealt with: a turbocharged 6.6-litre V12 sends 624bhp to the rear wheels, ten per cent more power than you’ll find even in the new Phantom and Cullinan.

As for the most dynamic? Well, you’d argue that’s not difficult, given Rolls has long mastered the art of hefty, comfy cars that are designed to soothe not scintillate. But the Wraith is based upon the Ghost limo, so it’s hardly got a sporting chassis at its core, though its rear axle has been widened and its wheelbase shortened.

“The car’s suspension has also been tuned to minimise body roll and discreetly amplify feedback when cornering,” says Rolls, “while steering weight is heavier at high speeds and lighter at low speeds adding to the spirited drive.”

Achieving those high speeds ought to be a doddle; with two turbos, the Wraith has a ginormous 590lb ft of torque available from 1,500rpm, enough to shift its 2.4 tonnes to 60mph in 4.4secs. Quicker than hot hatches with not dissimilar power-to-weight ratios, and quite startling to experience in something with lambs’ wool floor mats.

Indeed, it may be the most sporting Rolls ever, but it’s still dripping in luxury. There are four finely proportioned seats, sumptuous materials across most surfaces and head- and leg-room aplenty, even in the rear. Don’t worry, the front seats electrically whirr forward to allow anyone climbing into the back some extra grace.

Its £250,000 starting price really is just the start, too. Few Rolls-Royces leave the Goodwood factory without first having been made fully bespoke to their buyer’s needs; colour-matched inside and out, fibre-optic star headlining fitted, the full works. Half the fun of having a Rolls-Royce isn’t driving it (or being driven in it), but the buying process itself.

The Wraith is now one of the oldest Rolls-Royces on sale, having arrived in 2013. The Ghost it’s spun from landed in 2010, and its drop-top sibling – the Dawn – started production in 2015. While the new-generation Phantom is sold only as a saloon, the Wraith is the car of choice if you want your Rolls-Royce to take the form of a two-door coupe. 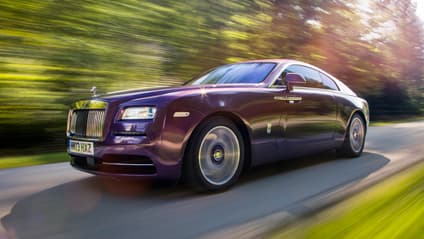 “A rapid coupe that's unlike any other car on the planet. Uniquely weird, easy to fall in love with”

Take Rolls-Royce’s billing too close to face value – by approaching the Wraith expecting a sports car – and you’ll be disappointed. Expect an ever so slightly sharpened Rolls, though, and you’ll discover a beguiling car that never fails to feel special. Unless you go looking too hard for BMW bits.

In objective terms, the Wraith has fallen a bit behind on tech and is tangibly a generation behind the new Phantom and Cullinan, not to mention other luxury car rivals. It’s also far too big and heavy to feel anything like approaching a driver’s car, something that must be commented upon given Rolls has pointed out that’s (kinda) what it’s meant to be.

But it’s a Rolls-Royce. Objectivity is rendered pointless by quarter-million-pound price tags, and as an automotive experience, the Wraith is matched only by other Rolls-Royces. It’s an experience all car enthusiasts should try and get a taste of at least once, and if you’re lucky enough to have the money and space to add a Rolls to your collection, there’s a considerable amount to recommend choosing the one that looks and feels most sporting. 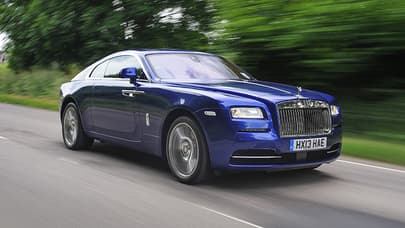