Skoda Enyaq Coupe iV vRS review: is the sporty badge worth the outlay?

£54,370 when new
Read why you can trust our independent reviews 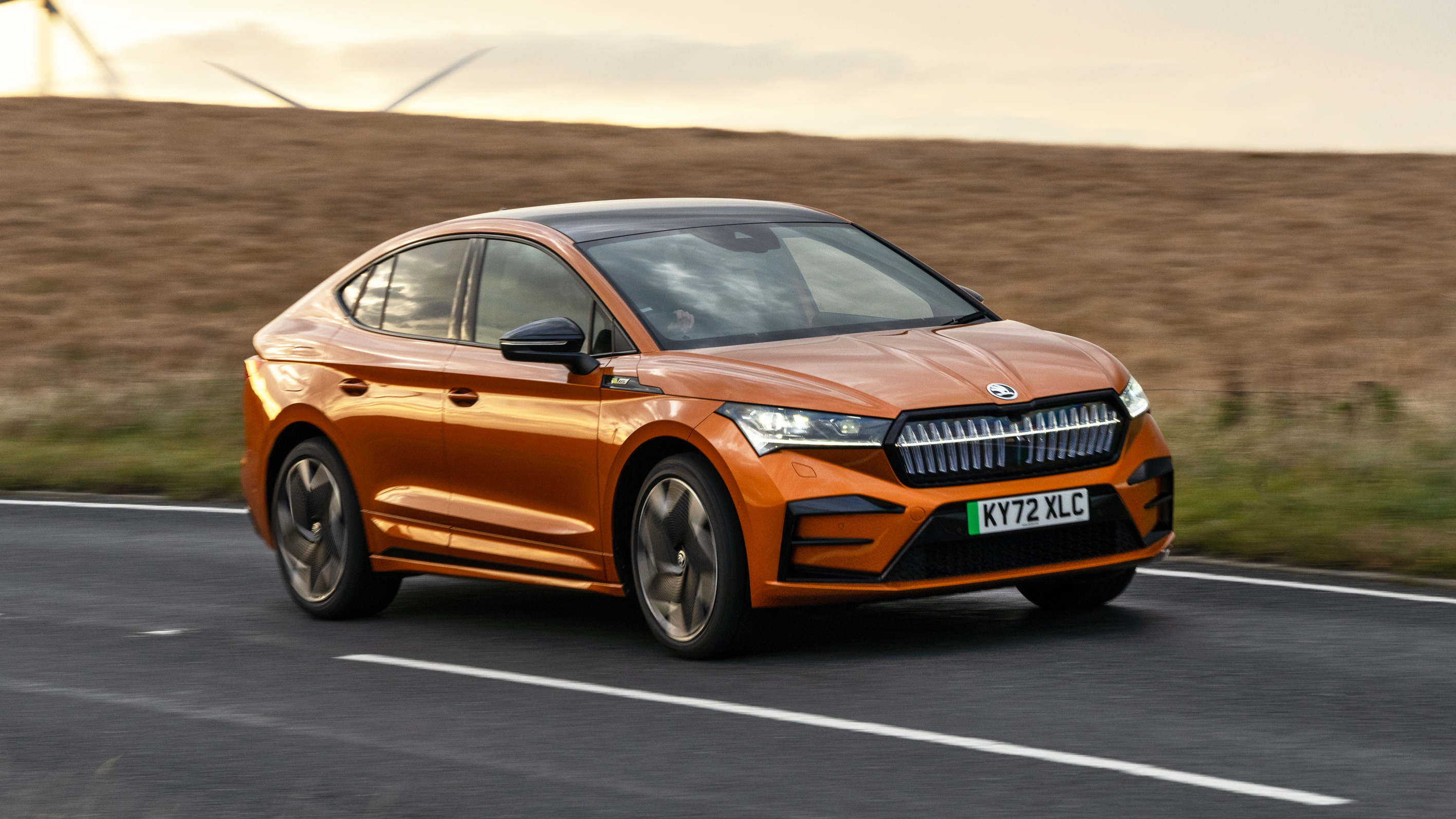 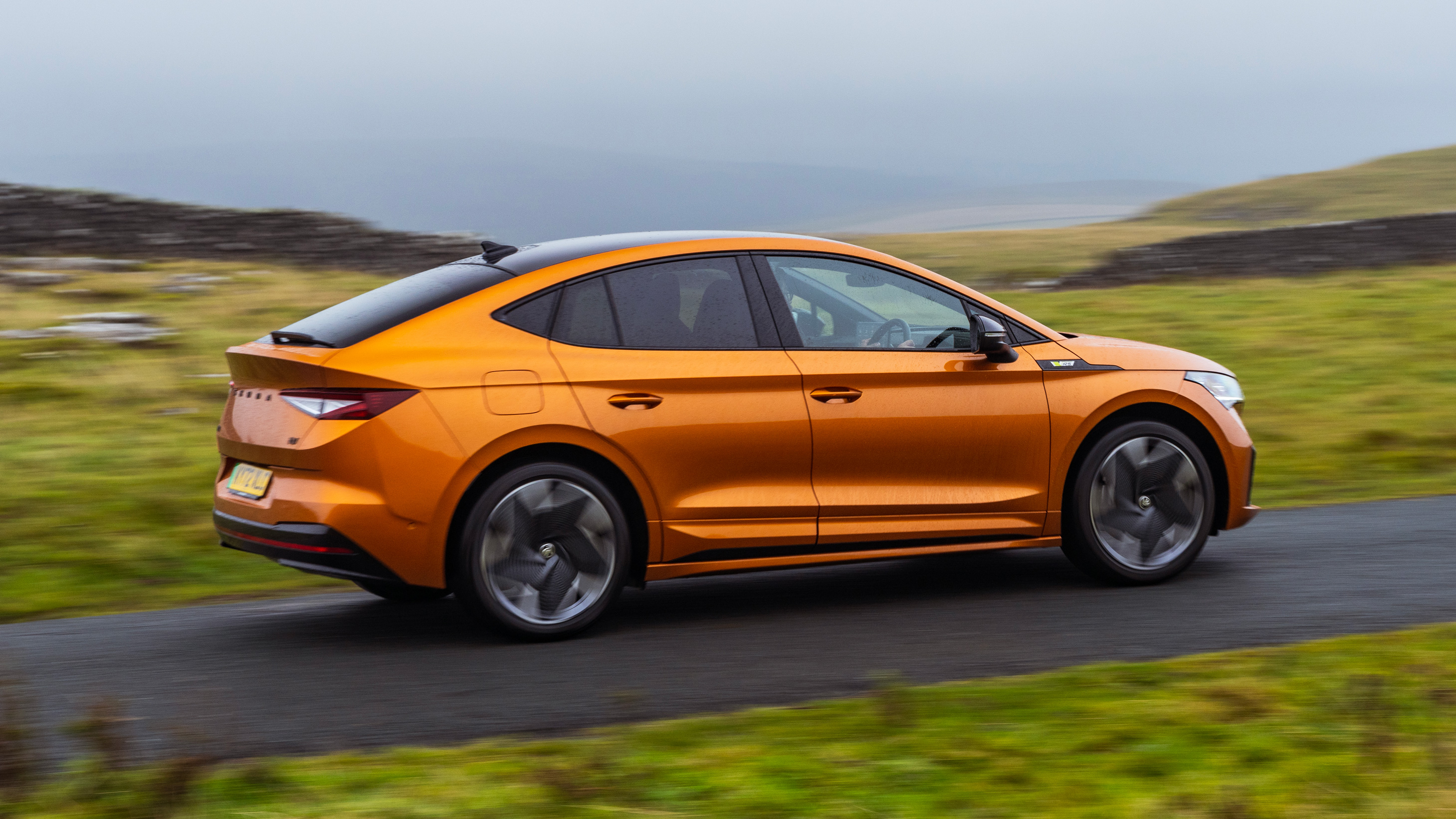 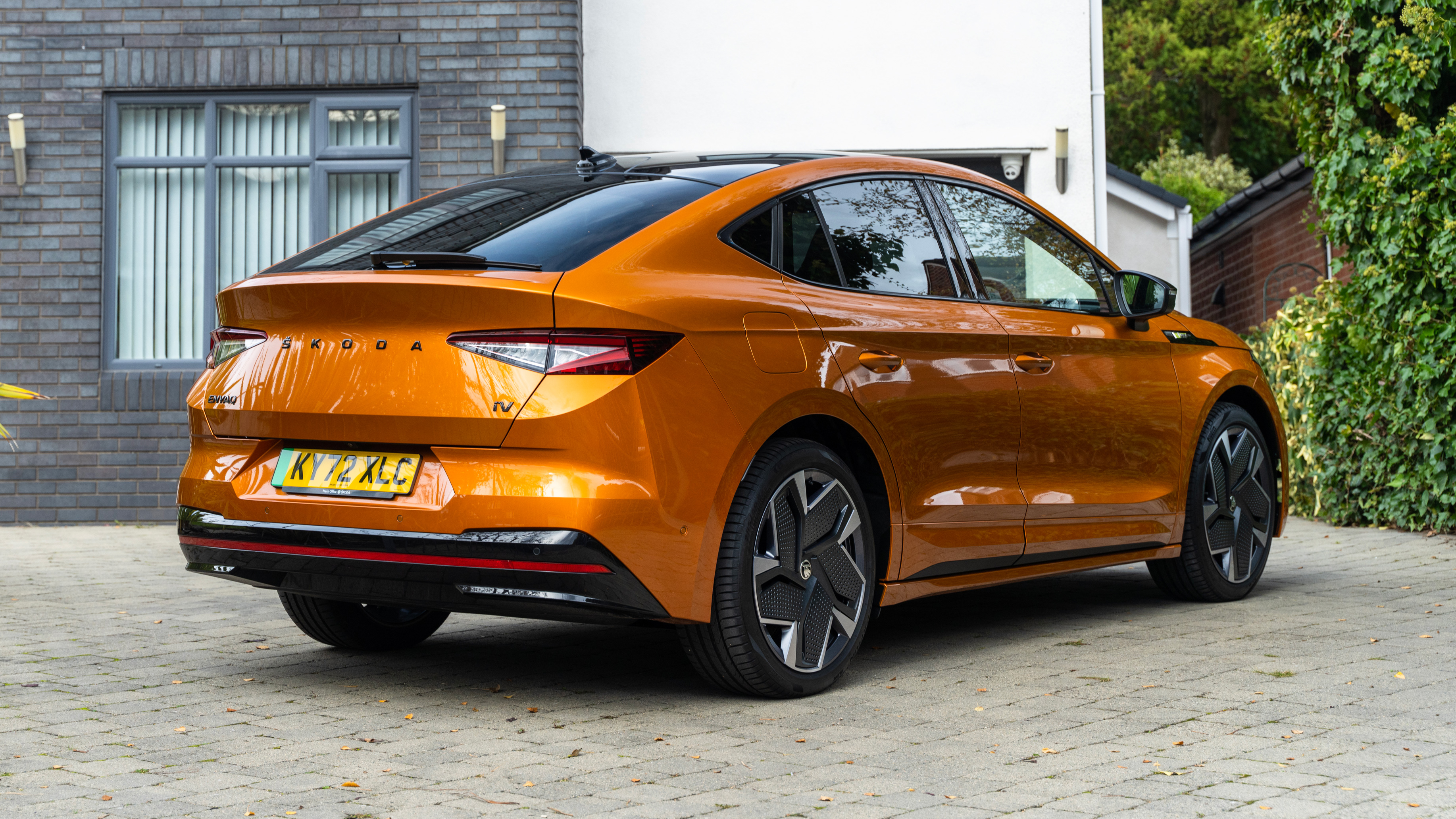 What have we got here then?

At long last it’s the vRS version of the Skoda Enyaq iV Coupe, which we’ve finally had a chance to drive on our own lumpy domestic roads more than nine months after it was first announced. And in that time the starting price has crept up from a punchy £52k to an even punchier £54,370. Inflation, eh?

Sadly the performance figures aren’t subject to global market forces, although a quick glance at the spec sheet reveals that the 0-62mph time is in recession; down a tenth to 6.4 seconds on what we were promised back in January. Added power, perhaps? Nope, hasn’t shifted from 295bhp. Make your own stagnant growth gag.

Remind me, what’s going on with the powertrain?

In the standard Enyaq Coupe you get a single motor on the rear axle for 204bhp, but here there’s a second unit on the front providing all-wheel drive and that headline power figure, as well as 339lb ft of torque.

If you’re keen-minded you’ll have remembered that there’s also a dual-motor version of the SUV version of the Enyaq - the 80x Sportline Plus - but that only gets 261bhp and the top speed doesn’t clear 99mph. In the vRS, it’s 111mph.

More relevant to you is that you also get Skoda’s 77kWh battery (82kWh gross), which is good for 323 miles of range and efficiency of about 3.7mi/kWh on paper.

But I don’t drive on paper.

You certainly don’t. In the real world, sullied as it is at this time of year with the kind of cold air and drizzle you don’t find in official test conditions, you’re more likely to get around 3.0mi/kWh. Or in other words about 230 miles from a full charge. But that’s probably as pessimistic as it gets, with a bit more care on throttle we’d expect both those numbers to climb. Especially in the summer months, which are kinder to lithium-ion cells.

Made the most of the extra power did you?

Hey, it’s our job. But yes, seeing as the 295bhp was there it seemed silly not to see what it was like. And it was quick: not fast enough to pull your face off, but significant enough that bursting into gaps in motorway traffic was a piece of cake.

And fast enough to wear a vRS badge?

Thing is, it’s not just about speed is it? You can’t really call a car sporty without the handling to match the acceleration, and it’s here that the Enyaq vRS comes unstuck. Just as it did when we first drove it on the continent back in March. Perfectly brisk in a straight line, but arrive at a corner and it’s barely distinguishable from the standard car. So much for ‘sports suspension’ and its 15/10mm lower ride height front and rear.

Nor is there much in the way of steering feel, so instead of picking a line through a corner you just sort of bounce from one side of your lane to the other. Meh. Whereas something like the Jaguar I-Pace will tuck into a corner and act like it wants to be there, the Enyaq merely tolerates it. And barely so. Hardly befitting of the vRS greats of the last two decades.

Right. So in that case, who’s it for?

Let’s be under no illusions here, the vRS badge isn’t here to scream ‘Monte Carlo Rally winner!’ from the rooftops. It’s here to gently whisper ‘slip road warrior’ in your ear every now and again. That’s all. And you know what? We’re fine with that. This is a 2.2-tonne, SUV-based electric family car, and expecting anything more of it would frankly be unfair.

So as long as you’re on board with the vRS badging that comes part and parcel with the extra power, you can’t really go wrong. Expect many black exterior details (and that impressive light-up grille), plus vRS bumpers, 20in alloys (the ride’s firm enough without optioning 21s), a panoramic glass roof and supportive bucket seats furnished in an impressive leather trim.

The 13in touchscreen’s the same as you’ll find in a normal Enyaq, but that’s fine because it works well, and all the bells and whistles you’re likely to want (adaptive cruise control, heated front seats and steering wheel, keyless entry) are bundled in as standard along with a few you’d otherwise probably not bother with (LED matrix headlights, aluminium pedals).

Any alternatives I should look at?

Again, the I-Pace if handling matters to you. Or the Ford Mustang Mach-E, which makes a far better fist of driving dynamics while leeching off a sporty name. The irony. Don’t forget the likes of the Tesla Model Y or the Kia EV6 GT either.

And if it’s the Enyaq or bust, why not stick with the standard car? It’s barely any slower (which is fine, because you won’t want to drive it like a hooligan anyway), and the taller roofline means more room for people and things in the back. Cheaper too. Dream.