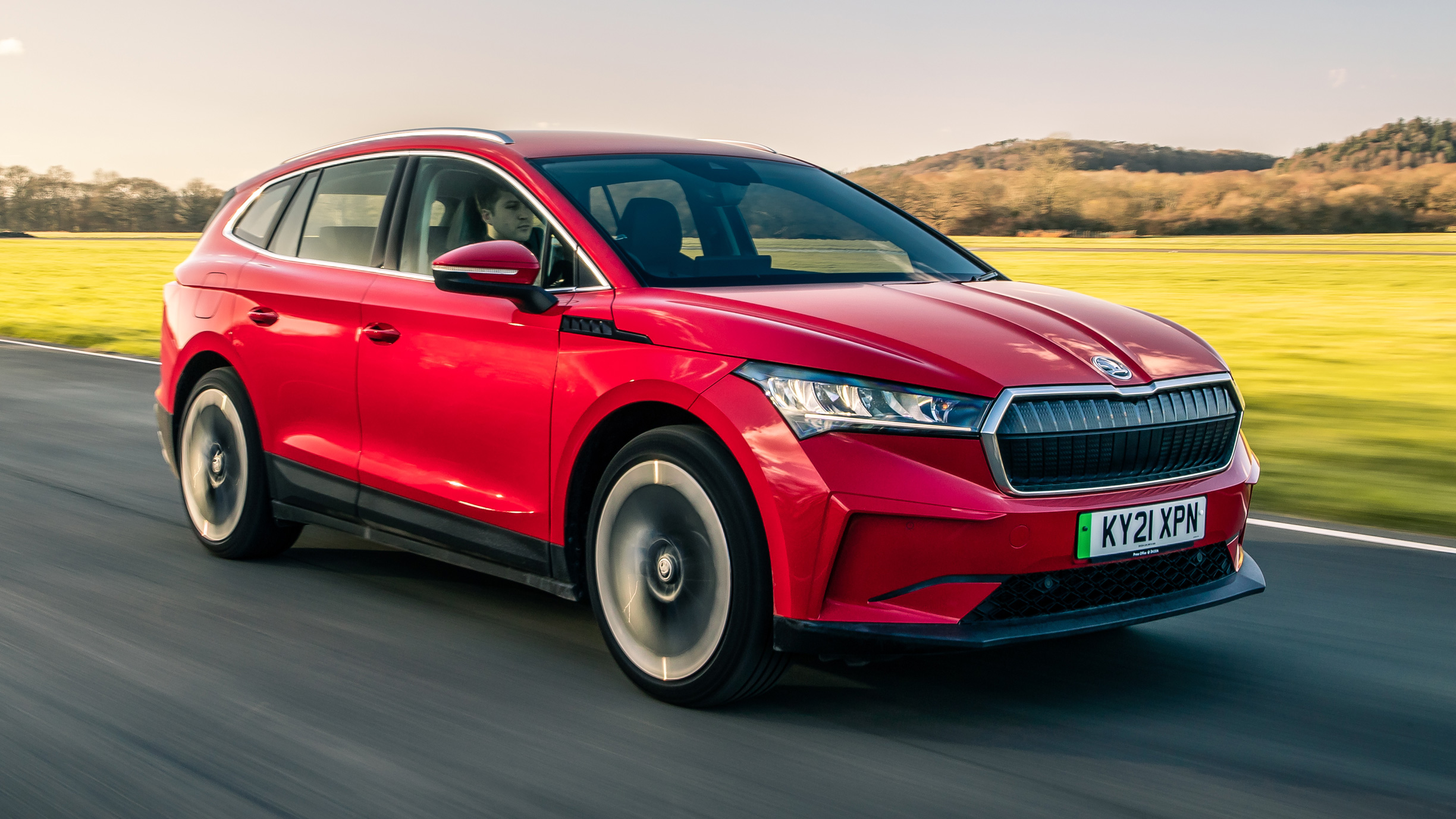 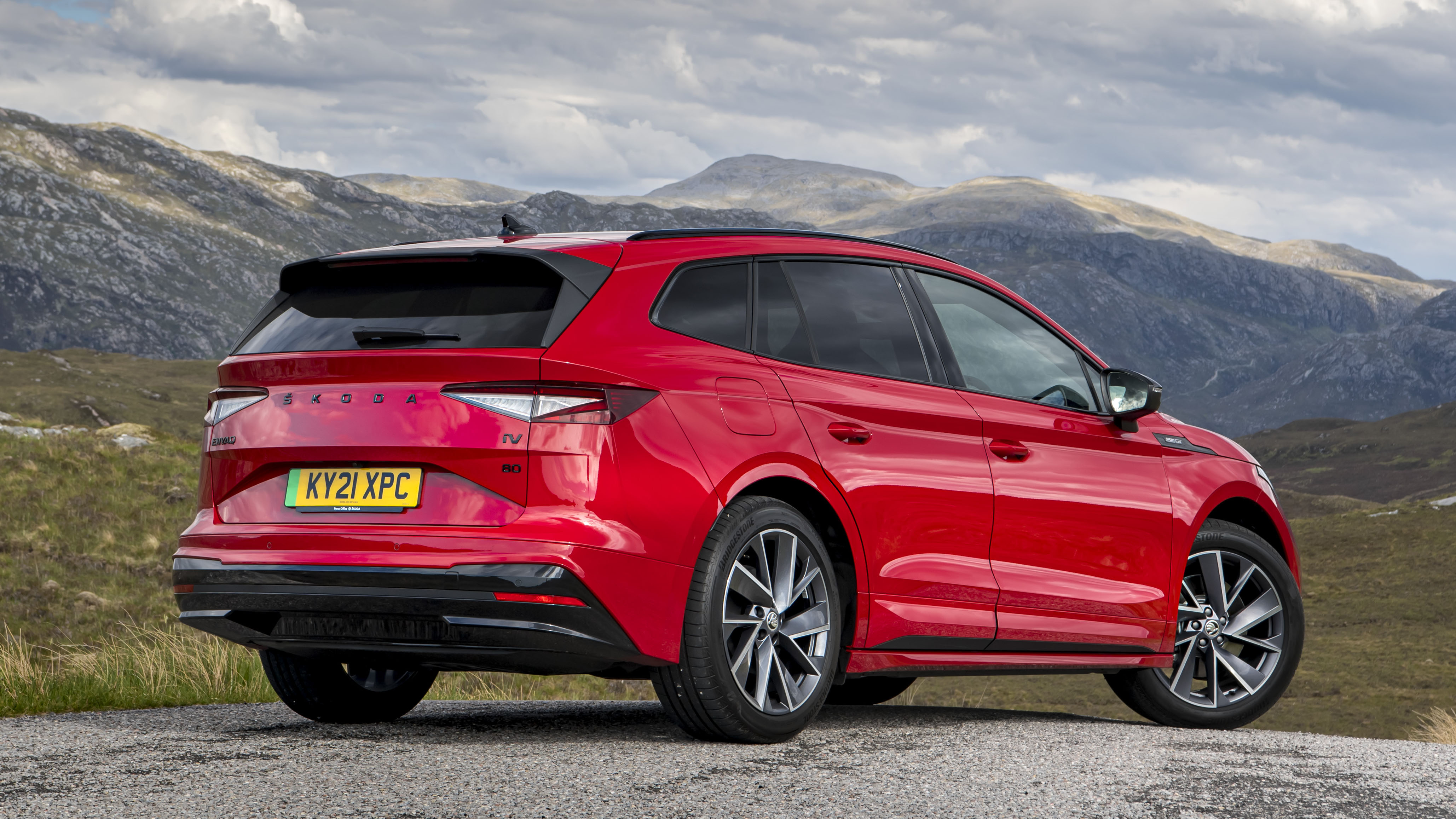 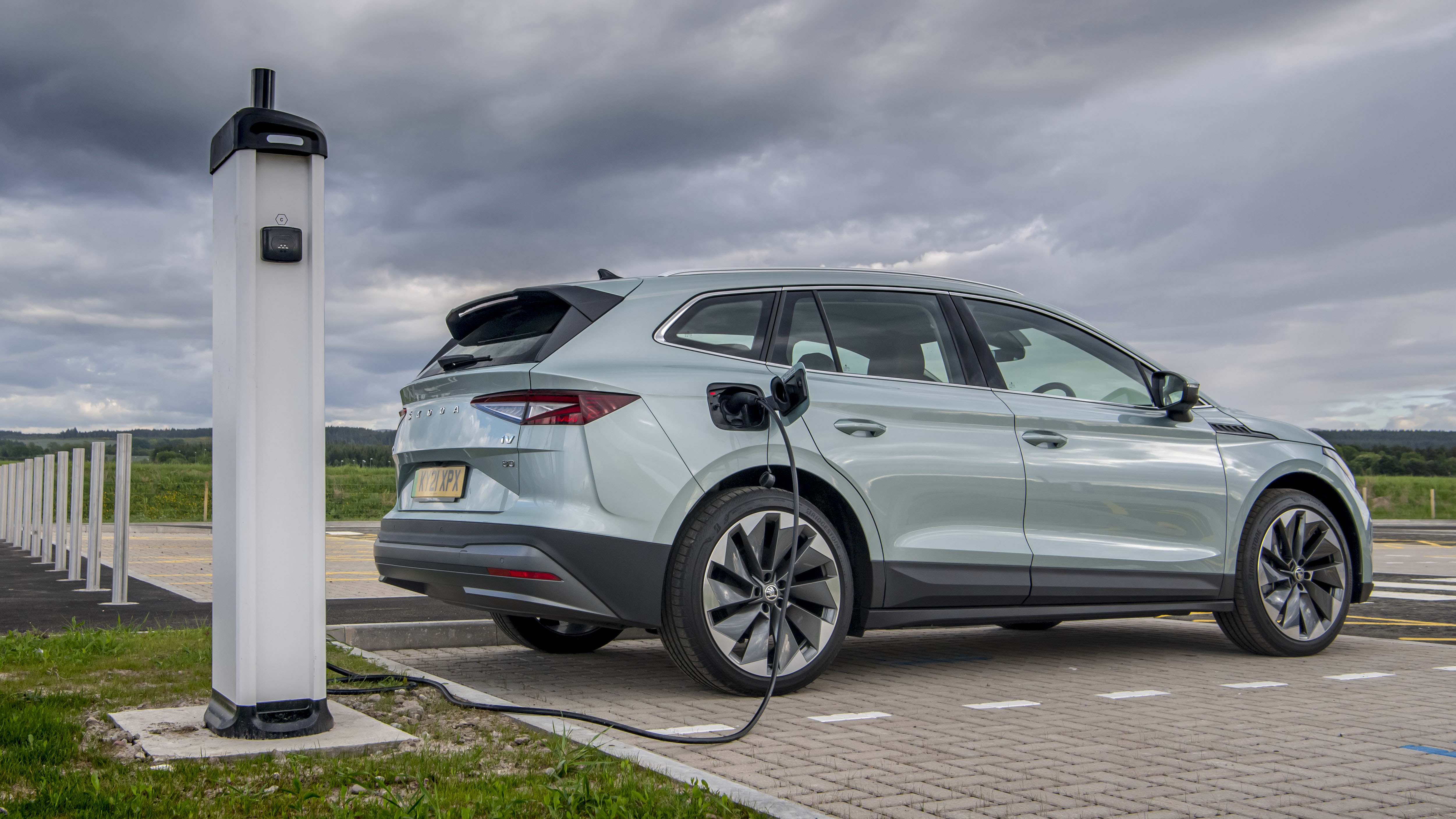 Ride could be plusher. Will it actually do 300 miles in the real world?

Funny how even though they’re all ultimately derived from a common toolkit of platforms, engines and technologies, the Skoda is often a better bet than the equivalent Volkswagen. Not always, but frequently. As much is true of the Kodiaq versus the Tiguan, the Superb versus the Passat and even the Octavia versus the Golf.

Bear that in mind as you read this review of Skoda’s five-seat electric SUV. The Enyaq iV is equivalent to the Volkswagen ID.4 – it’s based on the same platform and uses the same powertrain and technologies, just like the Audi Q4 e-tron. Other competitors include the Ford Mustang Mach-E, the electric Volvo XC40 Recharge, the Kia e-Niro and the Tesla Model Y.

Run me through the range…

Skoda’s first purpose-built EV comes in three broad flavours – 60, 80 and 80x. The Enyaq iV 60 has a 58kWh battery and the pricier 80-badged models have a 77Wh battery. Everything without an x in its name is a single-motor, rear-wheel drive car, while the 80x has a more powerful dual-motor set-up and four-wheel drive. You’re looking at between 255 and 336 miles of official WLTP range, which is excellent for the money.

The 80 gets 201bhp and the 60 gets 177bhp, but there’s only 0.2 seconds between their 0-62mph times and they both have an equal 229lb ft of torque. Oh, and the cars charge at a max rate of 120 and 125kW respectively. The 80x develops a perky 261bhp – not that you'll be deploying that power too often unless you want to see your remaining range plummet.

There's also a sleeker Coupe version of the Enyaq iV, which in turn can be had in sportier vRS guise.

How does it compare with the VW ID.4?

The Enyaq is actually longer than the ID.4 (but shorter than Skoda’s own Kodiaq, a TG favourite), so it’s got a bigger boot. Over 100 litres more with all the seats folded flat, which is not to be sniffed at. And it costs less. As of March 2022 the cheapest Enyaq squeaks under the government's £35k upper limit for the plug-in car grant, so you'll get £1,500 off that model.

The Skoda also looks and feels a bit more conventional – you wouldn’t mistake an ID.4 for a normal car, but you might an Enyaq – which will please as many people as it disappoints. Which camp are you in?

Remember what we said at the top of this page? Once more Skoda has built a car that could well be a better buy than the equivalent Volkswagen. The Enyaq edges the ID.4 on several fronts. It drives just as well as its cousin, has a less annoying, more practical interior and is cheaper to buy. Best try one before you commit to buying the other, but first, click through the following tabs to read more on the Enyaq...