£89,680 when new
Read why you can trust our independent reviews 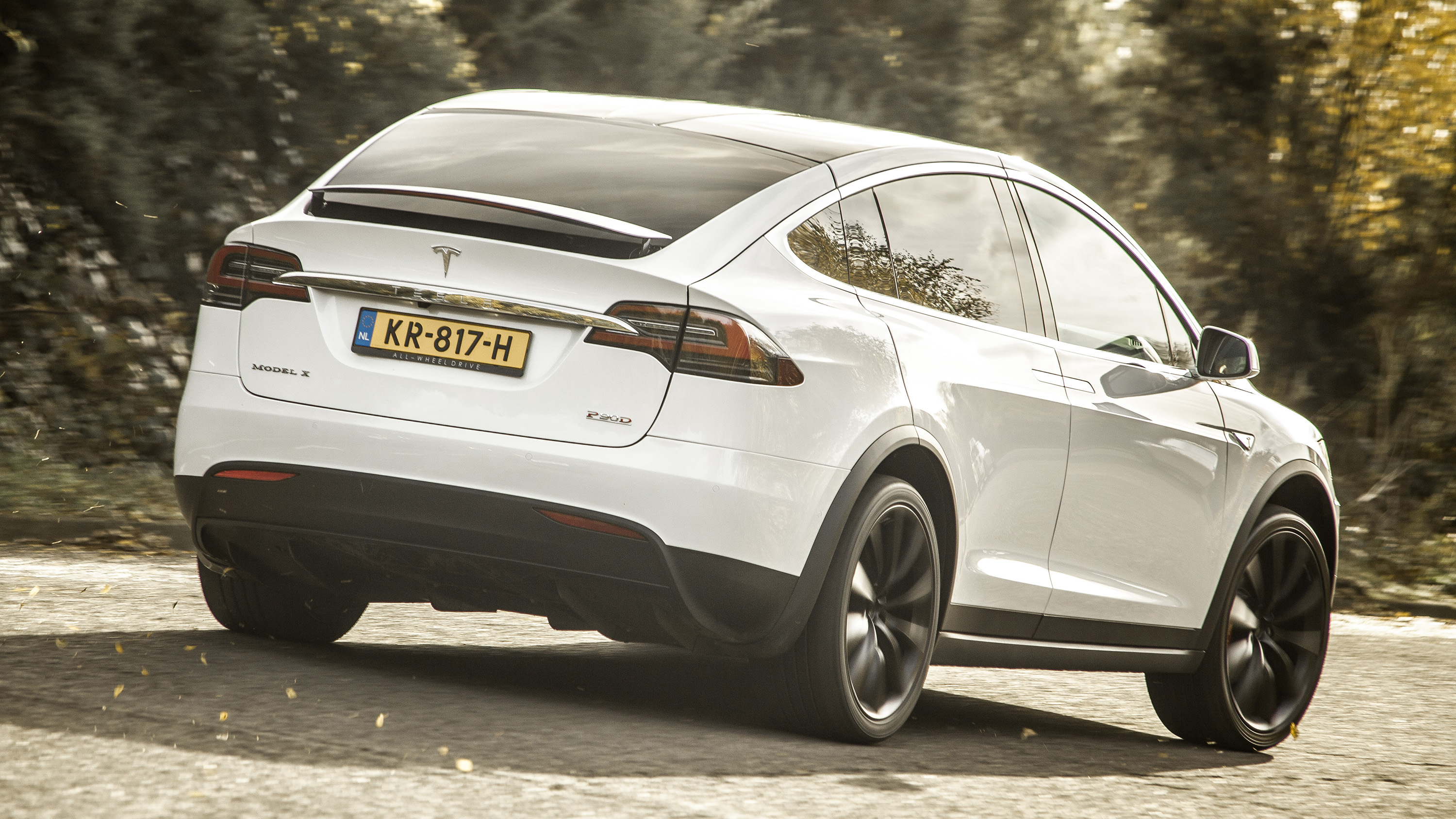 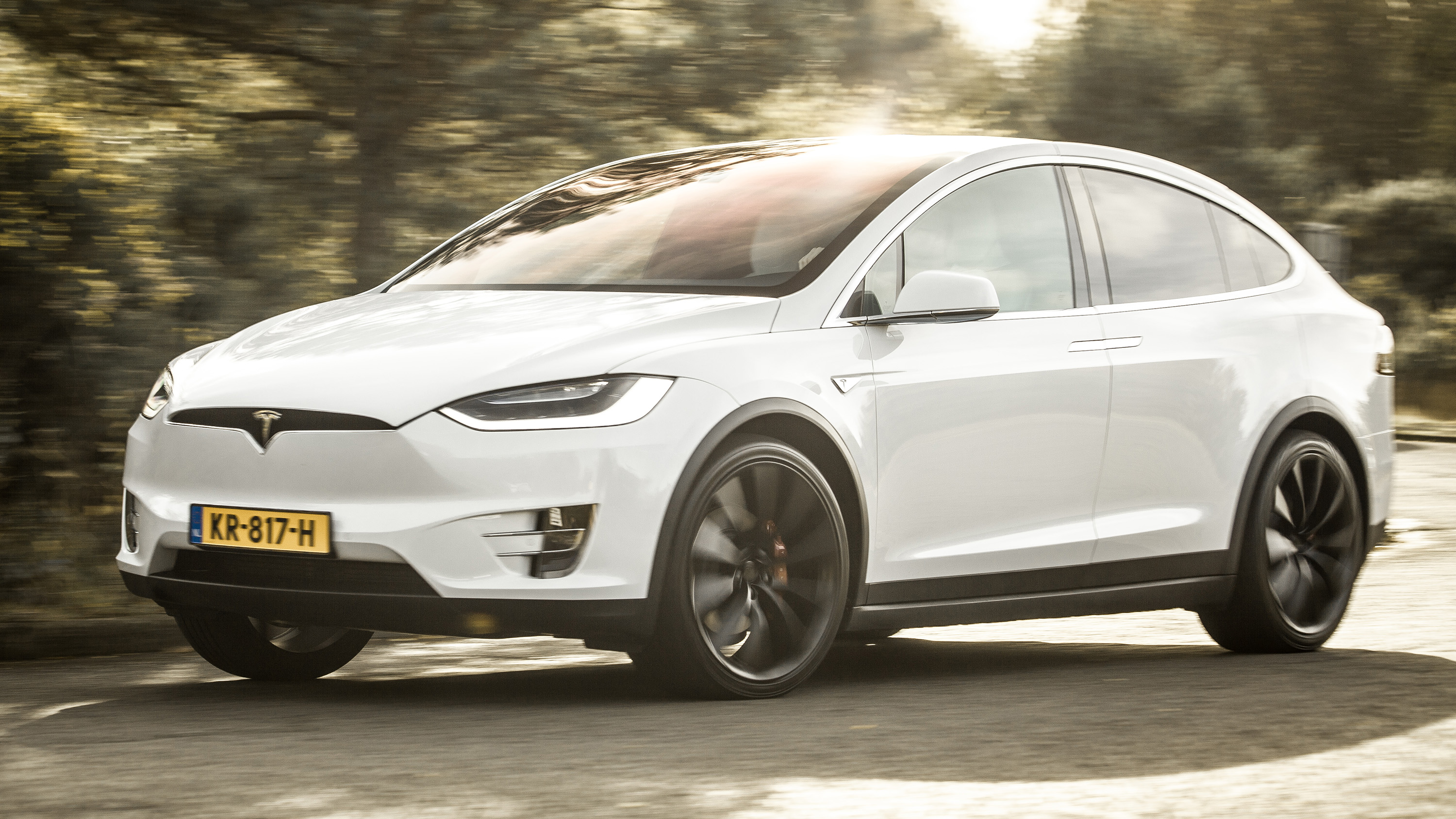 We’ve driven the Tesla Model X – the all-electric SUV that’s seemingly inspired the new Jaguar I-Pace – in the UK for the first time.

Why is that important? Because what impresses in the glitz and glamour of New York City won’t necessarily translate directly to a bumpy, broken British back-road.

It’s a big car with a specialist remit, but the Model X 90D’s combination of 417bhp, up to 303 miles on a charge and (optional) seven seats suggests it could be the one-car-for-everything for the well-heeled. To pull that off properly, it can’t feel floppy and cumbersome on UK roads.

Nope. In fact, it’s right up there with the best sports SUVs when it comes to shrugging off its size and (2.4-tonne!) weight, and acting like a traditional sports saloon.

Its four-wheel-drive system is a major help in this. Apply a hooligan amount of throttle out of a wet roundabout and there is simply no drama, as the Model X’s instant torque – 485lb ft of it in the 90D – is shuffled around the four wheels so that it’s best and most safely deployed. There’s an almost invincible air to it, with the speed you can carry into and out of corners simply not in line with the size and weight of the Model X.

A nightmare on narrow roads, though?

Surprisingly, no. Its ginormous windscreen may look like it’s got a receding roofline, but the result is fish-bowl front visibility, supplemented by the lane display under the speedometer, which shows precisely where between the white lines you are.

So even this left-hand-drive test car (RHD arrives in the UK next month), over two metres wide, made no meal of tiny Surrey lanes. I can’t think of a car in this class – or of this size – that is so effortless to drive in such a variety conditions.

The Model X’s ride quality also needs a mention. At low speed it’s quite fiddly, and while the car is never unsettled, things feel pretty busy beneath you. But it’s no worse than similarly wheeled rivals (this one’s on stonking 22s) and things smooth out with speed. Much like fully loading a van, I suspect with more of its seats filled, the low-speed ride would be better.

Tell me how fast it is!

It’s bloody quick, though due to odd intracacies of spec, this is a more powerful P90D, a car no longer on the order sheet. The standard 90D still offers a 4.8sec 0-62mph time and 155mph top speed, however.

Tesla is good at providing the kind of eye-boggling acceleration I can only liken to a supercharged Ariel Atom or a launch-controlled Porsche 911 Turbo S. Some of that comes from the sheer mass you’re moving, but the faintest squeeze of the accelerator at the end of a village sees you hit the national speed limit almost as soon as you spotted the sign. You do so knowing it’s not beneficial for the range figure, of course…

“It’s really quick, isn’t it?” is a question we answered a lot while the Model X was parked up for the static pictures you see above. Perhaps YouTube is responsible, but the public knowledge of the Model X – and what it can do – is seriously impressive for a product so niche.

Well, yes. To an extent. This test car came with the first-generation Tesla Autopliot hardware (UK cars will all get the second-gen hardware), but the latest software, which is meant to give you a nudge when you take your hands off the wheel for too long.

Popping it into self-drive mode is a doddle. Pull the shorter stalk on the left of the steering column, and the cruise control activates. Pull it again (so long as you’re going 70mph or below) and, if the car is happy with the conditions it’s in, the self-steer begins too.

It’s much, much smoother than our first try of the tech a year ago and is now very good at following curved sections of motorway. Flick the indicator left or right and it’ll change into the lane you’ve picked, though you need your hands on the wheel for this, somewhat negating its purpose.

It remains an eerie experience. Once or twice I lost my nerve as we overtook a lorry, the Tesla doing so closer than I would myself. Whether that’s a mixture of the tech still needing a polish, or me needing to embrace the future a little better, I’m not sure. Perhaps it’s a mix of the two.

But I can see how this could relieve some of the boredom of an overly long haul up the country. Sitting there analysing how the car does its own thing is entertaining in its own right.

Oh, and it’s an utterly serene motorway cruiser. There’s a tad more noise than you might expect inside – a bit of road roar from the tyres, exaggerated by the extra cabin room over a Model S, I suspect – but you need to experience a fully electric car to appreciate how much edge they take off the fuss of driving.

Yes, we like engine noise when driving a car fast. But during a commute, silence feels pretty golden.

You haven’t mentioned the doors yet.

They’re at once brilliant and a gimmick. Though I say this as someone who clonked his head on one as it closed unexpectedly. The rear doors themselves are a clever work of art, adjusting the angle at which they arc up and down in relation to how close you are to other cars. Or something harder, like a wall.

But it’s the operation of them that takes some getting used to; both front and back doors move electrically, using buttons inside, outside or on the key fob. And it takes a little mental recalibration to stop them operating when you don’t mean them too. You’d really want to know your kids’ hands were out the way before closing the rear doors. And yes, the car is meant to sense that sort of thing – but would you trust it 100 per cent?

The Tesla Model X comes with five seats as standard. A six-seat layout (two seats in three rows, the middle pair with a gap between allowing access to the rear pair) and a seven-seat layout (spread two-three-two across the rows) are both optional. And very expensive – the six-seat layout is £2,700, while seven seats cost £3,600.

Specced either way, the rear two are for young teenagers or below, or sub-six-foot adults on a very short journey. The Tesla’s batteries, meanwhile, yield a higher floor than other SUVs. So if you’re sat in the middle row of seats, your legs are angled more vertically than rivals. If no-one’s sat in the very back you can slide the seats back for extra legroom, though.

Is it utterly brilliant, then?

Mostly. While not outright fun to drive, it’s very, very impressive. And exceedingly fast. I doubt the novelty of its acceleration would ever fully wear off.

Tesla is very good at cramming in features you can’t help but coo over, too: the solution of how to store the sun visors is particularly novel, as they swing from behind the A-pillar and then magnetise into position by the rear-view mirror. It’s wonderfully tactile.

Then there’s the socket for the car’s charging cable, hidden behind the reflector on the end of the tail-light. The double-floored boot. The ability to close all the doors and boot with one prod of the iPad-like screen, the synchronised movement immeasurably satisfying to observe. Oh, and it’s the first EV with towing ability.

The cynical part of me sees some of it treading the very fine line between useful innovation and tech for tech’s sake. But the rest of me enjoyed a few hours with the Model X immensely. So long as its range figure suits you, small rear seats aren’t a clincher and you can avoid banging your bonce on the doors, I suspect it would be fascinating to live with.