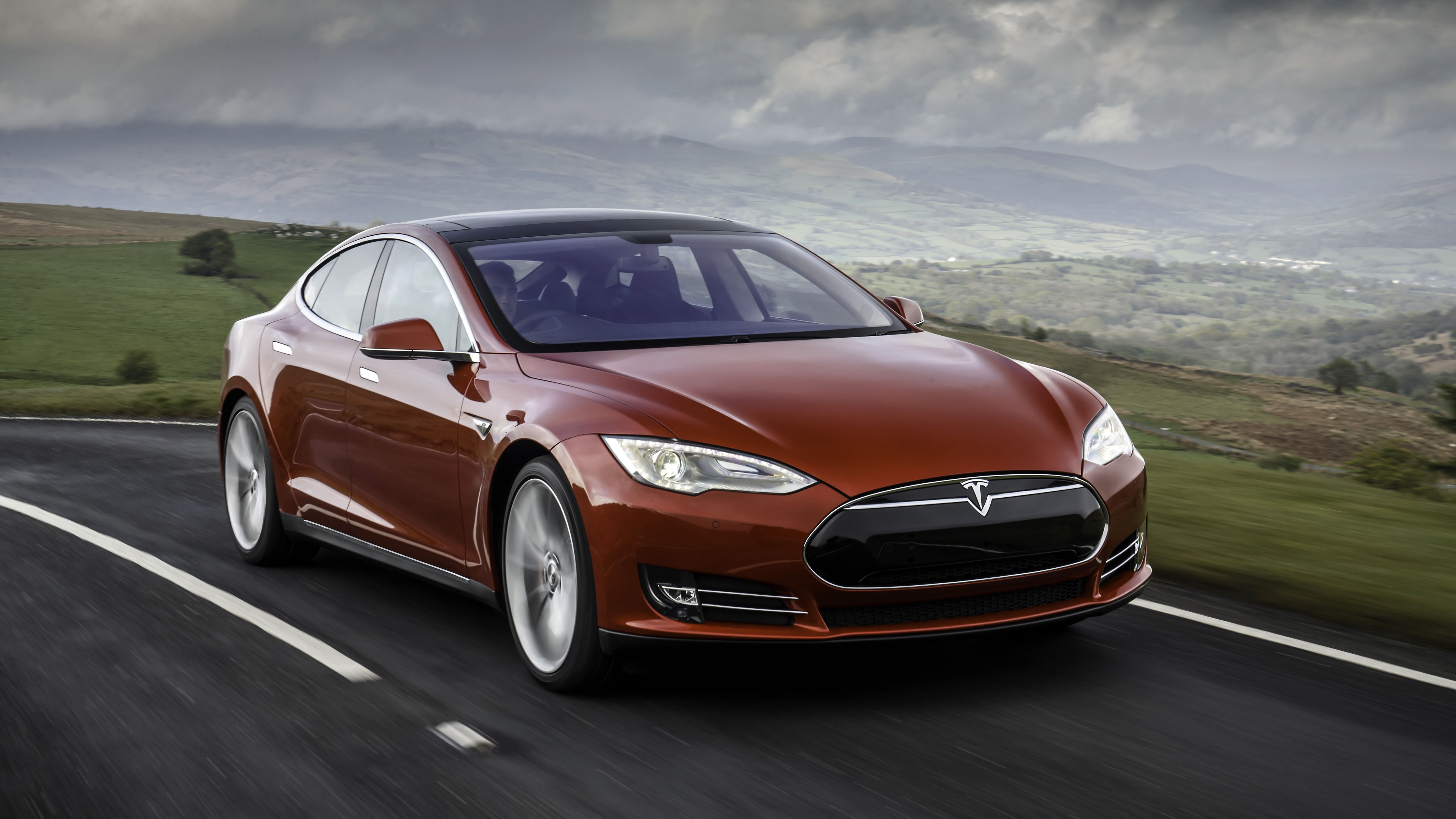 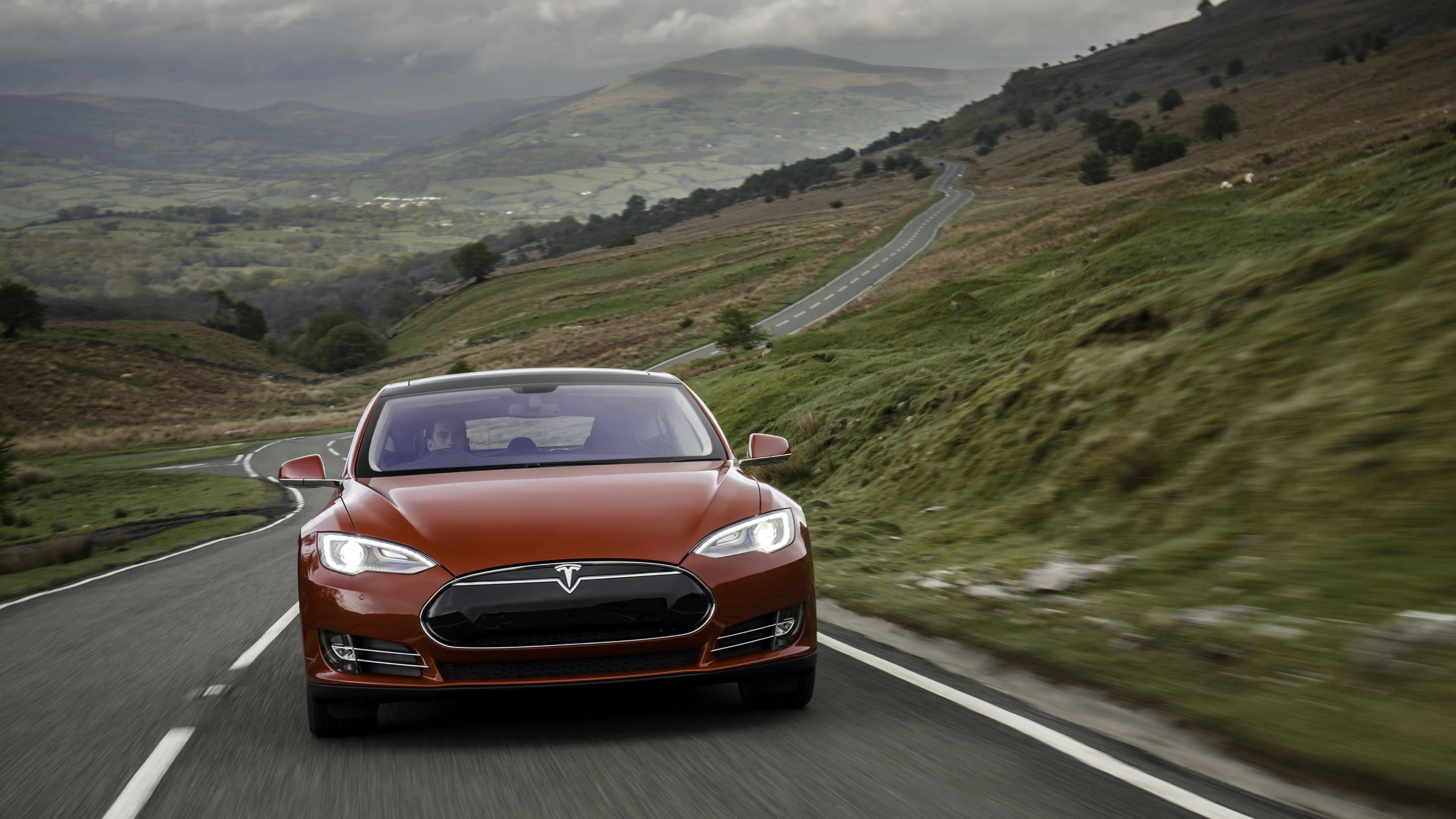 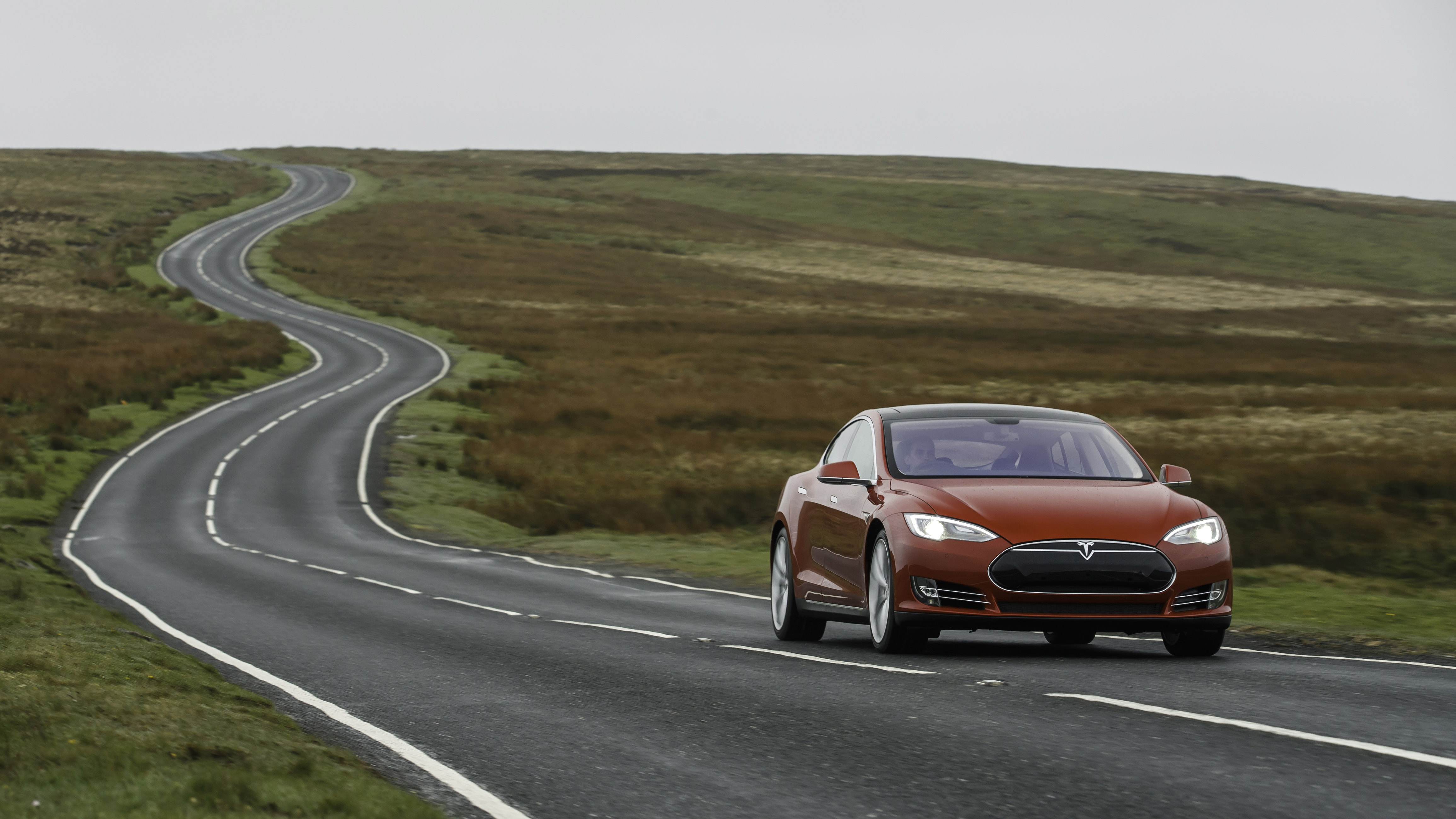 So, how was the Tesla Model S P90D's Ludicrous mode?

Hold your horses, I’ve got some other stuff to discuss in this Tesla Model S review first. But yes, this is a P90D with the Ludicrous Speed option. That costs an extra £8,700 (on top of the pre-rebate price of £86,900), and no, it’s not just a software upgrade.

If you spec Ludicrous, you get an uprated smart fuse that has its own electronic control unit and separate lithium ion battery pack. Made from Inconel (the same stuff used for F1 exhausts, and we’ve all seen those glow white hot while coping with the heat), the fuse allows maximum current to climb from 1300 to 1500 amps.

Is that a lot?

It must be, but I don’t really understand amps – what I do understand is 762bhp and 713lb ft. Which is definitely a lot.

The D stands for dual motor, the Tesla delivering 259bhp to the front wheels and 503bhp to the rears. The 90 refers to the size of the battery pack in kilowatt hours. Again, not something I’m familiar with.

Did it have the autonomous mode?

Tesla calls it Autopilot, but yes, it did. It costs £2,200 and is broadly the same as any other system that keeps you a set distance from the car in front and reads the white lines to hold you in lane.

It goes a bit further, though. Flick the indicator on and it’ll make sure there’s nothing to the side and change lane for you.

Does it work smoothly?

It’s the best I’ve used. Firstly, it’s so simple to operate – just a double pull on the cruise control stalk, some blue graphics appear on the dash and the car takes over.

Secondly, it reacts quickly when cars ahead pull out of the way. Often, these systems pause for a second or two before accelerating, but this one’s more immediate.

Lastly, and whether this is a good thing or not is debatable, you can drive with your hands off the wheel.

Really? For how long?

Well, quite a while. Minutes rather than seconds. Normally as soon as one of these systems detects that your hands aren’t touching the wheel, it wastes no time in reminding you to put them back on. But the Tesla seems more relaxed about matters, less uptight, bossy and reactionary.

As a result it’s very smooth in autopilot mode, although there are a couple of quirks I’m not convinced about.

It keeps you further to the left in each lane than you might want. It might very well be dead centre, but when you’re in the outside lane, most of us drive more to the right to give us extra space to the cars in the middle lane – it’s that slight difference between our judgement and a computer’s that these systems can’t replicate – just as they can only respond to what their sensors can see in the immediate vicinity. They are reactive, not predictive. They can’t do what you do, and spot that the car ten ahead is braking, for instance. 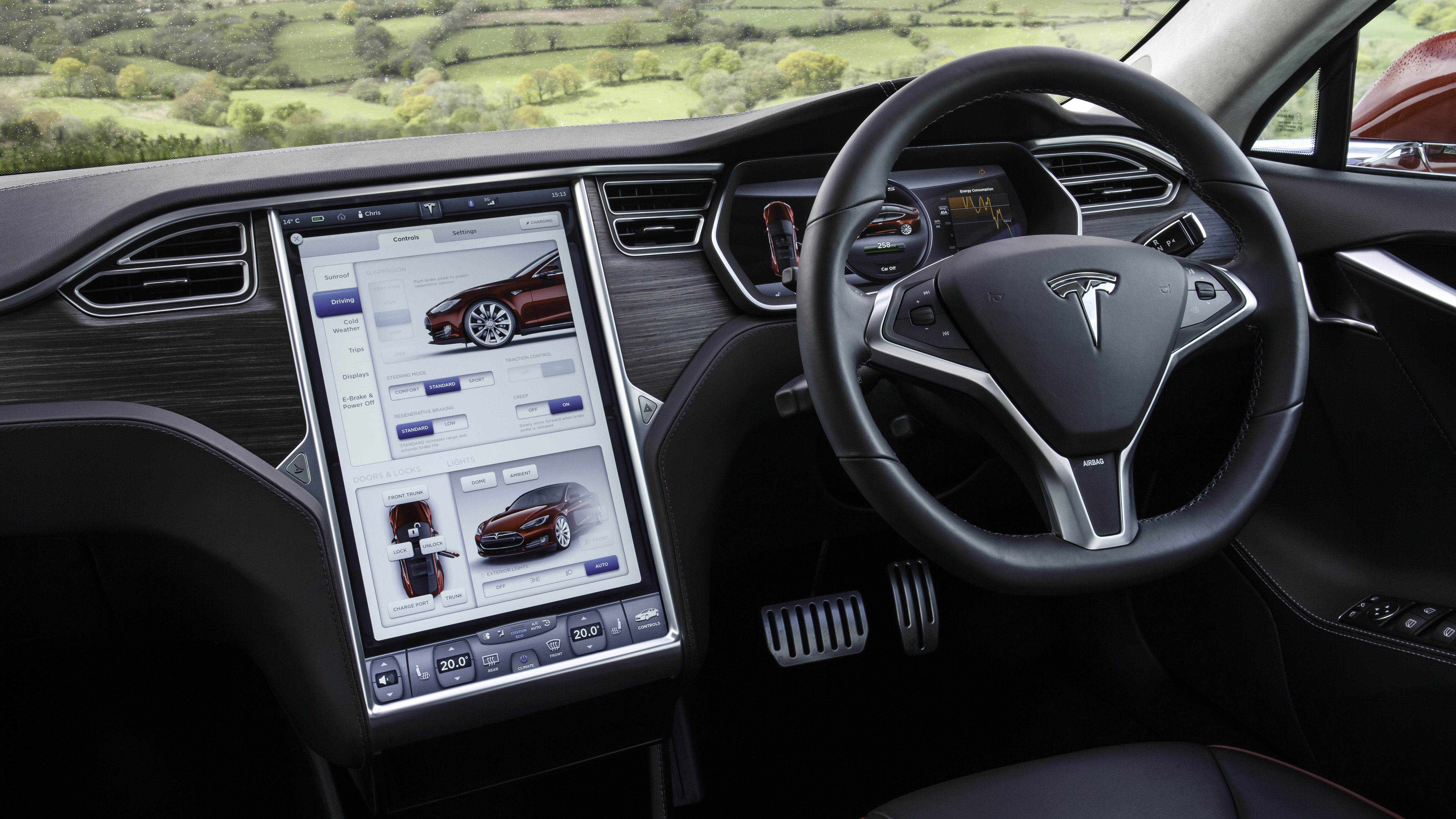 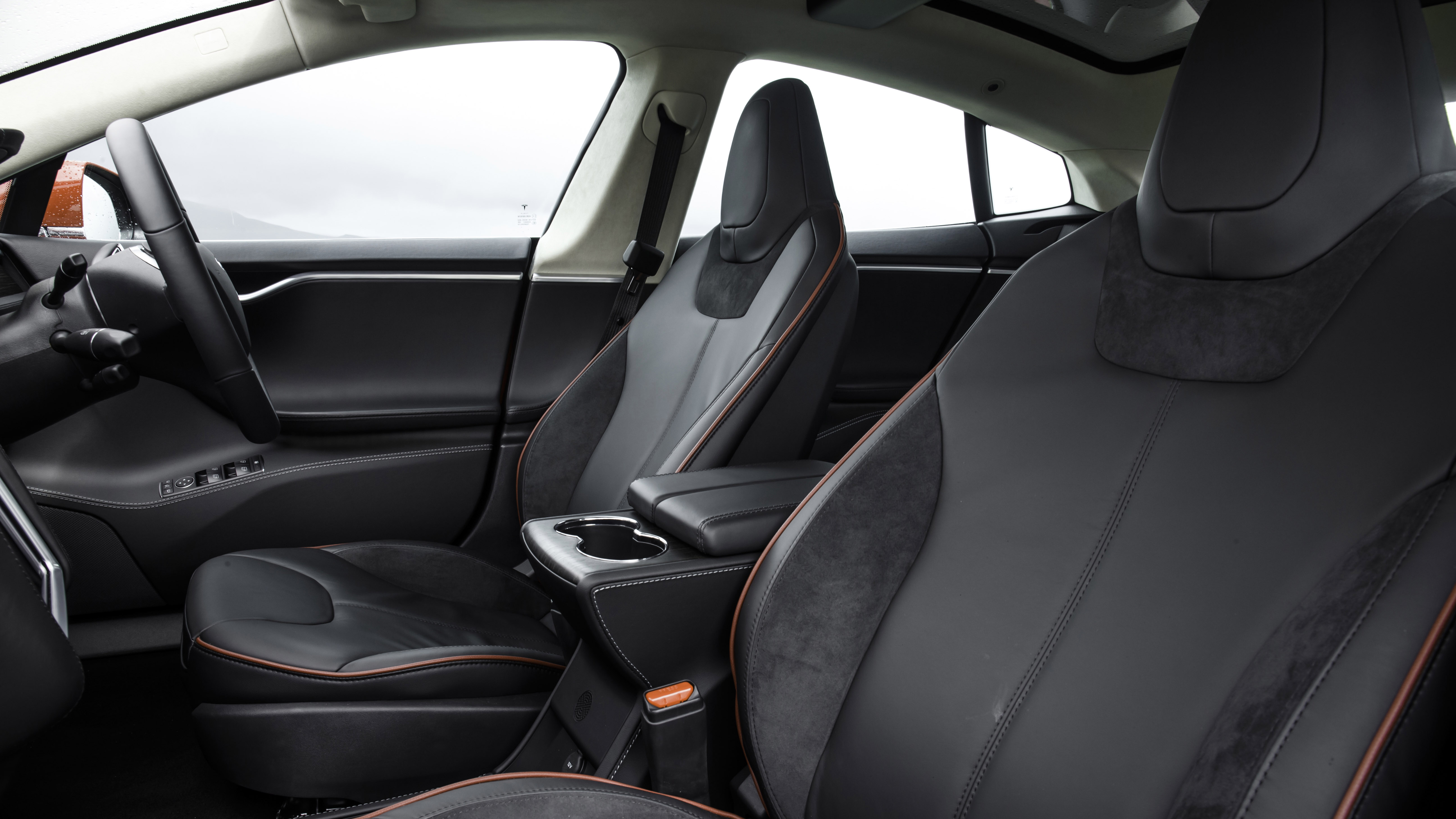 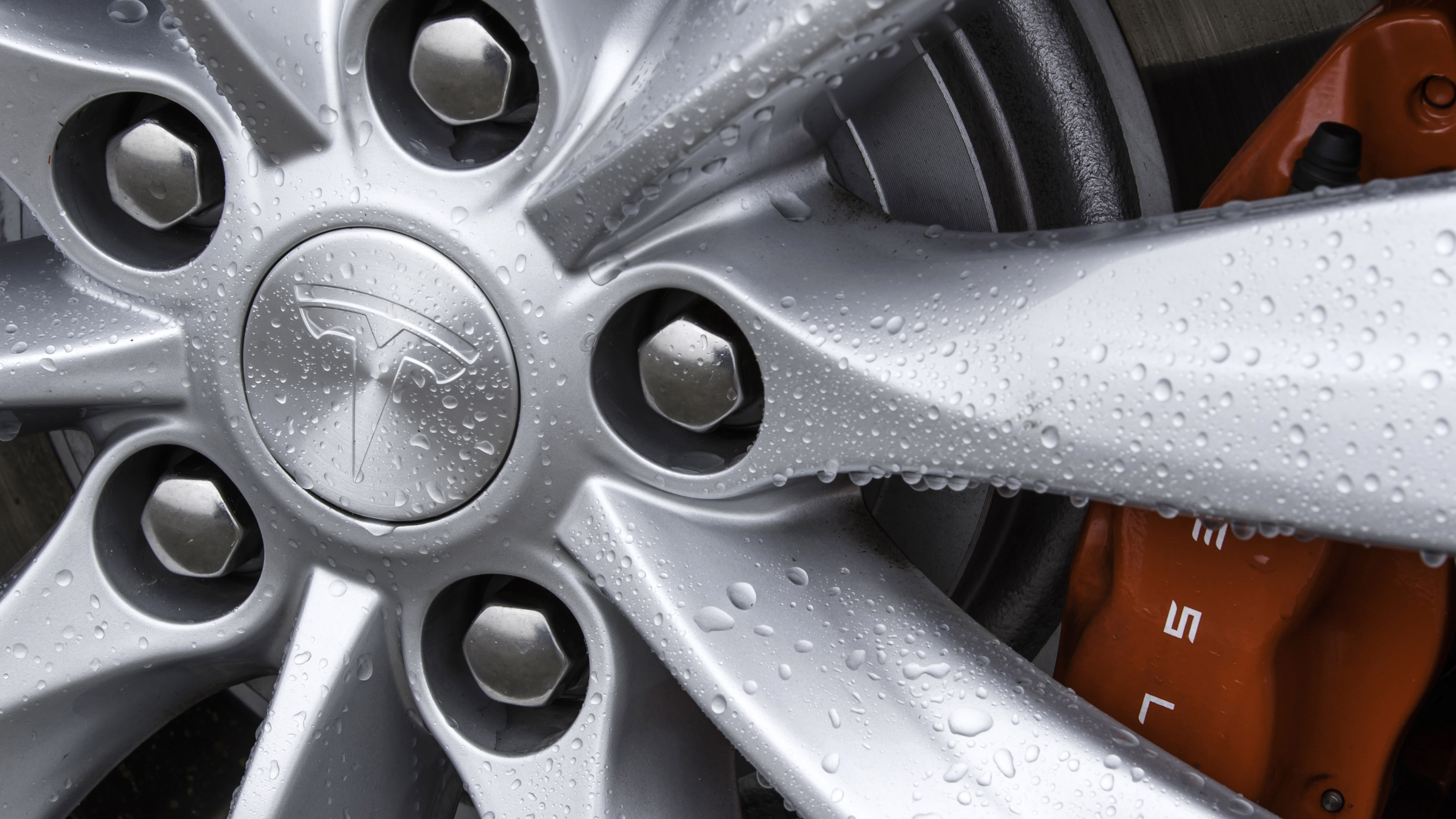 It probably will, but for the time being this is about as good as it gets. So let’s move on and talk about the rest of the car – what it’s actually like as a car.

The thing that strikes you about all Teslas, not just the P90D, is that they approach things with a different, more open mindset. While the German big three permanently mark each other, and end up feeling rather generic in their quest to keep within the brand ethos, Tesla is different.

Not necessarily better different, just different. So, the bad stuff. Rear headroom is poor, the rear bench is flat, the brakes are a bit weedy for a 2,106kg car, rear visibility isn’t much cop, there’s no proper storage up front, not even in the massive centre console box, and the materials, quality and design finish aren’t in the same league as Merc, BMW or Audi.

Of these, it’s the lack of storage that’s the biggest issue. There’s a whopping great tray on the floor between the front seats, but things tend to fly about in it, and beyond a pair of (modestly sized) cupholders, and a pointless slot under the screen there are no door bins, or anywhere to securely put your phone/wallet/keys.

How about the rest of the dynamics?

Much better. The low speed ride on the 21in wheels is decent, and the suspension nicely insulated. And because all the weight is concentrated so low down and inside the wheelbase, it doesn’t roll and slop about. It’s very refined, with little tyre or other road noise entering the cabin – and you’d notice it, because there’s no engine noise to cover it up.

And the precision of the throttle at low speeds is a triumph – no lurch, or sudden whoosh, just millimetre-perfect response. It makes creeping along in traffic a doddle. Although of course you could just toggle Autopilot and have the car do it for you.

It cruises contentedly and quietly, and we got 240 miles between charges with no bother at all. Tesla reckons you can hose in 170 miles of range in as little as 30 mins, using one of its superchargers. But in our experience we didn't quite meet that…

The massive central screen is a delight though, so logical to use despite the array of functions. It mostly does without the endless sub-menus that often makes an equivalent German luxury car so mind-boggling.

Ultimately it’s a very simple car to own and operate, and there’s a lot to be said for that.

So now tell us about Ludicrous mode.

You select it via a button in the control menu, and if you want to go full-house launch control, you need to switch to max battery power, which pre-heats the whole system. Then you have to select launch control: press brake, press throttle, then release throttle. A message telling you launch has been enabled appears on the screen, so you re-apply your right foot to the bulkhead, the whole car tenses, then you just release the brakes.

It’s astonishing. There’s no wheelspin, just an electrical whine and this vast, even pressure shoving you forward. It’s utterly relentless up to about 70mph, but after that it starts to tail off.

I put our data-logger on it, and it didn’t quite hit the numbers it’s supposed to, although that could well have something to do with the cold weather and fact it was running winter tyres (even though there was no wheelspin, the traction control might have detected a hint of slip and reined things back a little).

Still, 0-60mph in 3.2 seconds isn’t slow and I don’t doubt it would go faster as the P85D we tested last summer hit the exact numbers it was meant to (60mph in 3.1secs). Anyway, the full numbers are below for you to have a pore over and next week we’ll put some little videos out.

There are some neat tricks in the menus, which show you the engineers behind the car have a sense of humour. If you press and hold the Ludicrous button for a few seconds, the whole screen briefly becomes a Star Wars-esque rush of stars. Change the name of the car to ‘42’ and when you hit return your car will have been renamed ‘Life, the Universe and Everything’.

My favourite is going into the Service menu and entering ‘007’. Then, when you come out the suspension graphic showing the car will have changed to Bond’s underwater Lotus Esprit. There’s a reason for that – Elon Musk bought it at auction a couple of years back…

So is it a good car?

Absolutely, although it’s not as revolutionary as you might think and the tech isn’t any more advanced than that being fitted to other cars. What’s different is the way it’s integrated and how usable it is.