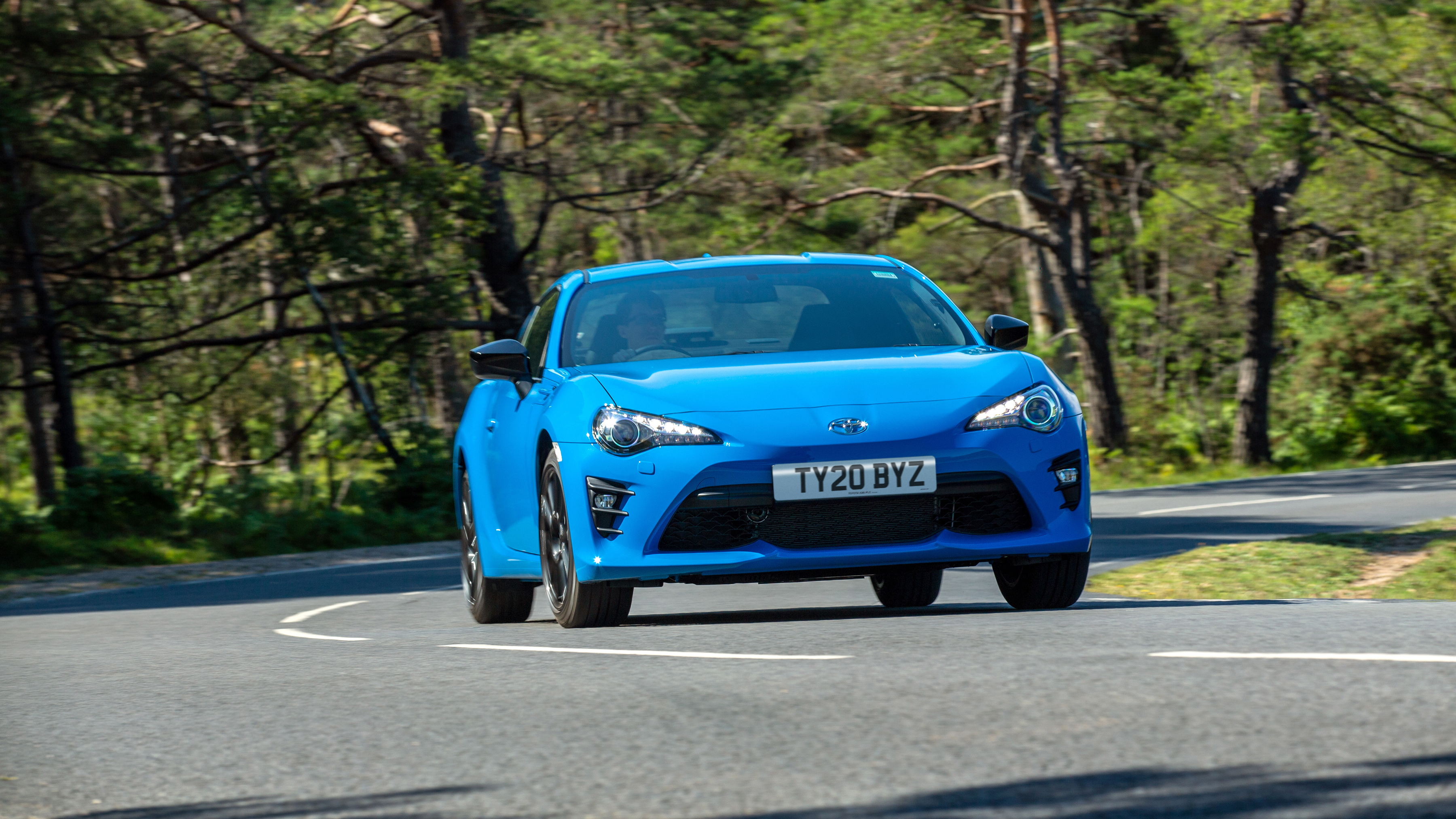 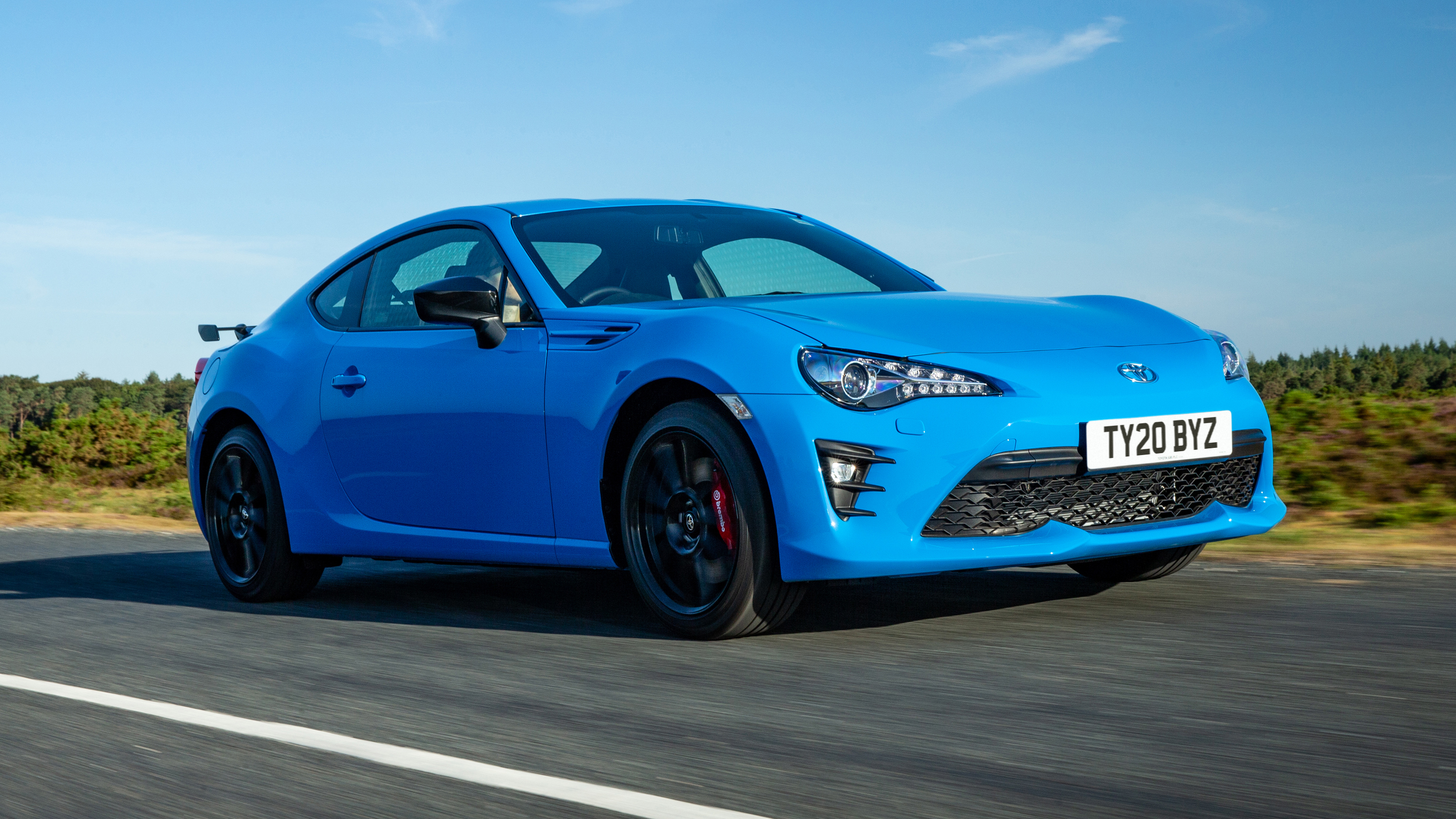 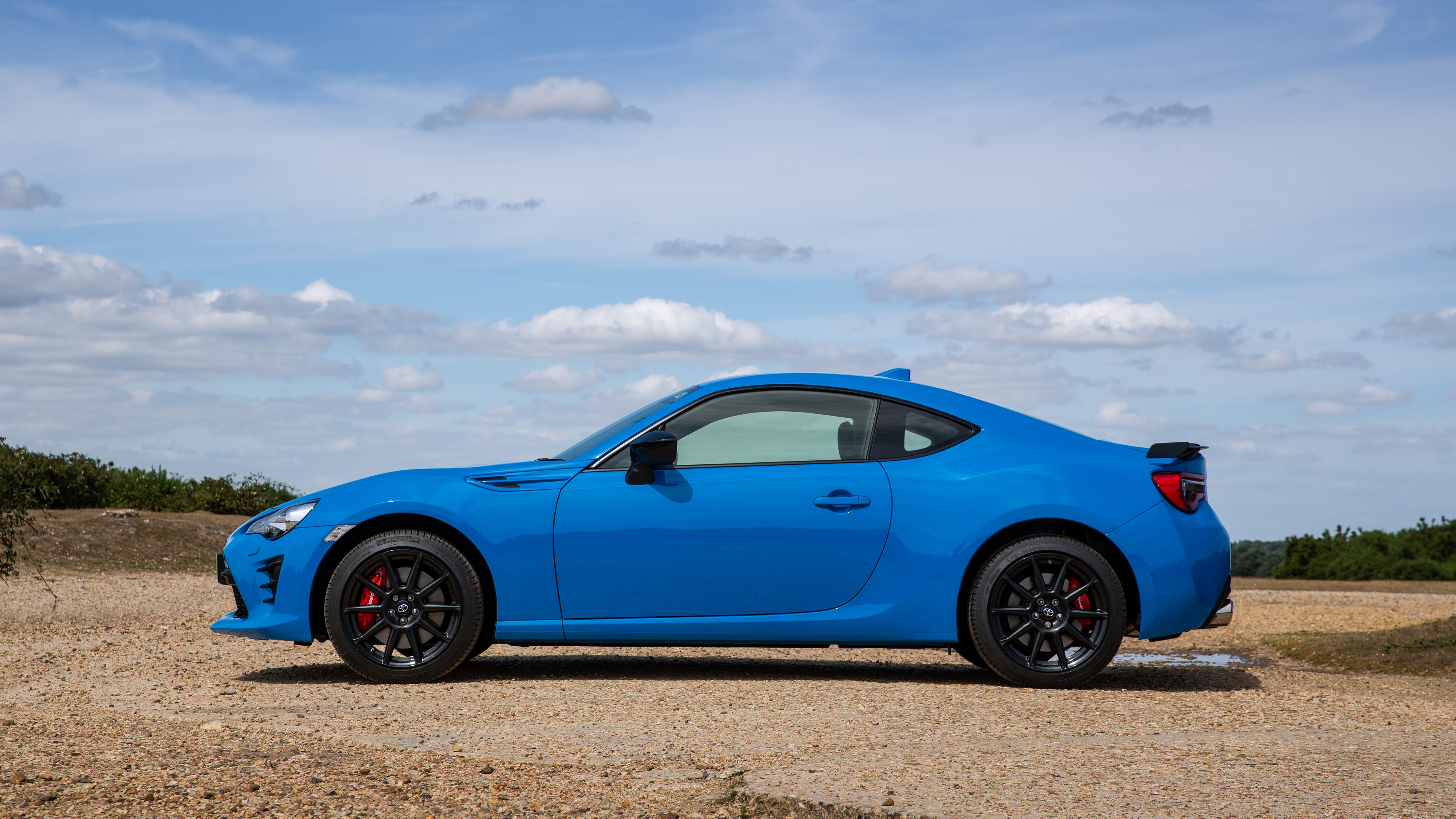 Say what you see.

Fundamentally, yes. The Blue Edition is part of the ‘Club Series’, a set of colourful special editions (that are not limited in numbers) to try and stoke up some interest in Top Gear’s Car of the Year 2012, which is still on sale eight years after it entered production. So, in case the name hasn’t given it away already, Toyota has slathered this GT86 in a new shade of blue paint: Electric Blue. It’s standoutish but not a full look-at-me-and-don’t-forget-to-like-and-subscribe, and if you’re familiar with Porsche's paint palette it’s somewhere in the satisfyingly pleasant middle ground between Riviera and Mexico blue.

A new shade of blue. Woop-de-doo. Surely there must be more?

Err… aside from some contrasting black styling details (front grille, rear spoiler, diffuser, door mirror housings and front fog light surrounds) nope. But you can spec something that moves the game on a bit from 2012: the Performance Pack.

That sounds exciting! Has the GT86 finally got a turbo and the extra 50bhp we all craved?

Don’t be silly. Though the Performance Pack doesn’t add any extra oomph, it is a round of choice improvements everywhere else, with new Sachs suspension (just like the hugely fun Toyota Yaris GRMN), red caliper Brembo brakes and fancier, motorsport-esque alloy wheels.

In fact, this really could be the best out-of-the-factory GT86 yet. Especially for the price.

With the Performance Pack, £30,455. Which is around £2,400 more than the GT86 Pro it’s based upon, meaning you get a limited-slip differential (great for you have-a-go drift heroes), cruise control, dusk-sensing headlights, dual-zone climate control, heated front seats, LED front and rear lights, and the Toyota Touch 2 multimedia system. But the saving comes when you compare it to a Blue Edition without the Performance Pack, as you’ll only have another £475 in your bank account, showing just how smart a buy those new, sportier chassis bits are. There isn’t just a fiscal incentive, as those additional upgrades also help pep up the driving a tiny bit more. And driving has always been where the GT86 has excelled.

Is it really as good to drive now as it was all those years ago? Hasn’t the game moved on?

Fair point. And you’re not wrong, the GT86 is as old as Gangnam Style – and you haven’t seen anyone do that lately. Well, apart from Dads at weddings. But the GT86’s formula is still a proper tonic for the enthusiast: a low-powered, naturally-aspirated, cheapish, rear-wheel drive driver’s car where grip was seen as a secondary objective. That’s right, Toyota designed it to be FUN. And it is fun. Actually, it may be more fun eight years on from launch.

Because – as you rightly identified – the world of cars has changed a lot in the last eight years. We’re now firmly in an era of electric integration and increased automotive autonomy. Where, for efficiency reasons, turbochargers have been bolted to everything and we’ve become incredibly accustomed to the low-end torque they serve up and all the excitement being over in the first four thousand revs. And getting in a GT86 really proves just how acclimatised we’ve become.

There’s no other way of saying this: the 197bhp 2.0-litre is really, properly limp low-down in the rev range. But be persistent and flex your right foot and you quickly realise there is some shove, with maximum torque – a fairly thin 151lb ft – only arriving at 6,400rpm, a mere handful of revs before you reach peak power. So you have to thrash the absolute knackers off the flat-four engine and wring it out to the red-lined 7,500rpm to get it going. When you do, it pulls with gusto and thrives in that environment; with this swell in power and torque building anticipation and excitement. Which all adds to the experience.

Wait, it gets better. With the GT86 being light on its feet, not dainty exactly, but super accurate and so well balanced you feel properly involved. In fact, every mechanical control – steering, gears, pedals – is extremely tactile and just ‘right’. Especially if you drive cars for the act of driving them, not just to drop your kids off at swimming practice. With cars getting fatter and heavier, the GT86 now feels properly lithe and agile. And it bucks the trend of things being outrageously, unusably fast, with 0-62mph coming up in 7.6 seconds (8.2 in the auto, which we wouldn’t recommend unless you’re disabled and that’s your only option) and a top speed sub 150mph.

Does it still skid?

That’s not really what we’re here for, but as you asked: yes. You drop the seat low, pull the wheel towards you, and feel immediately set up to enjoy yourself. Then you toggle with the different stages of traction control and allow for a bit of slip to get the thing squirming and shimmering at low speed. We’re not talking flat-out powerslides, but with those non-performance tyres and not much power going to the rear wheels, the way the tail lets go is refreshing and inviting. Especially in the wet.

When you’re not trying to barbeque your rear tyres, now, with the increased braking and damping, you can push that little bit more with confidence that the car can handle it. Especially thanks to a smaller wheel that’s more communicative, telling you exactly what the direct steering is doing. In fact, getting back in a GT86 reminded me of the first time I got in an Mk1 Elise in the way it felt so light and engaging. And praise doesn’t come higher than that.

But does it still have a clock from a 1980s microwave?

Yes. And it’s a crime that it does. But proves what’s good about the collaboration Toyota has with BMW for the Supra, as when the Japanese are left to their own devices, things get a bit harsh and plastic-y. The Blue gets the same interior upgrades we saw on the 2017 facelift, so a TFT instrument display (that’s cantered to LHD cars, annoyingly) a fully black leather and Alcantara cabin and the dinkier steering wheel with audio controls. And don't forget, it's got four seats. Just. But the interior is the one sacrifice you’ll have to make. And you’ll forget about that as soon as the revs start rising in the central, analogue display as you start driving. Mainly because you’ll be smiling. A lot.