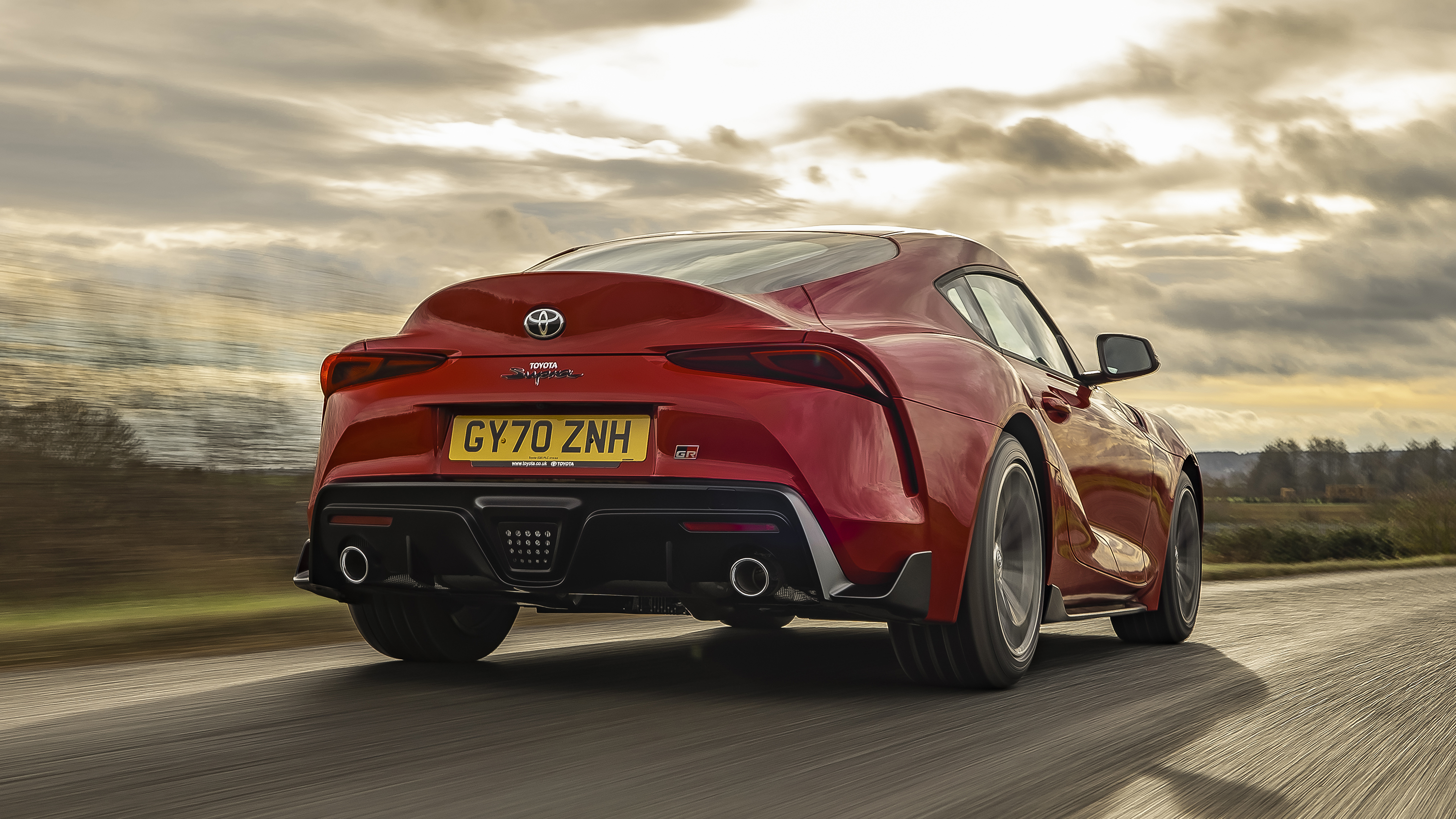 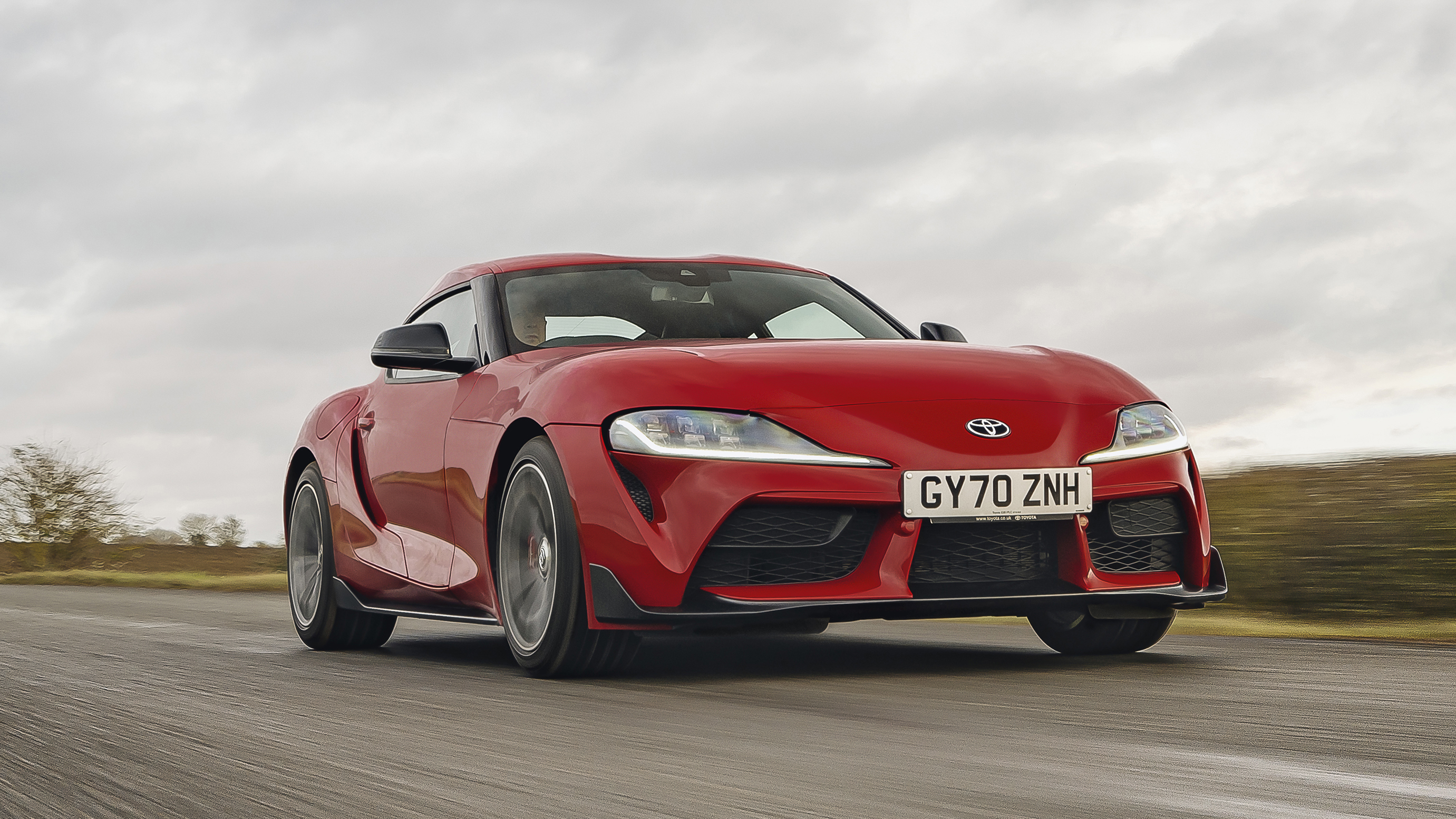 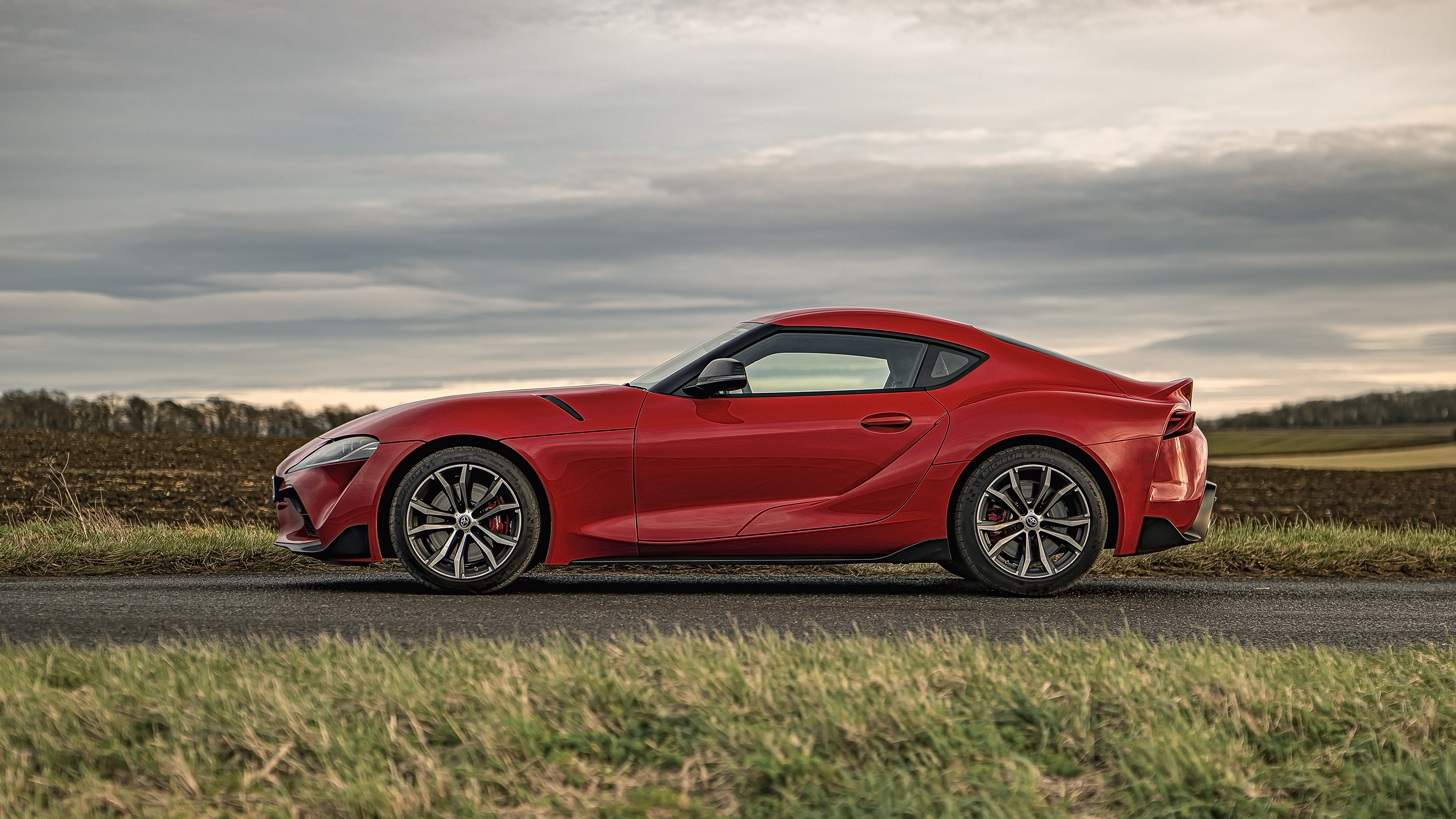 Ah, I think I recognise this car…

It’s the Toyota GR Supra, both hero and villain of the internet comments section. Rarely has a car stirred up so much debate, the return of the Supra badge – in the same joyously graphic font worn by its iconic Nineties forebear – whipping up insatiable excitement before its cut ’n’ paste BMW drivetrain tore a fault line in the forums. In short, the latest Supra has proved itself to be a decent sports car, but an inauthentic Japanese sports car.

Well, it’s not going to win around the doubters. Gone is the Munich-sourced 3.0-litre straight-six that sparked so much outrage, replaced by a Munich-sourced 2.0-litre four-cylinder to really play fast and loose with the Supra’s heritage.

It’s the same turbocharged engine used in everything from BMW 1 Series and Mini hot hatches to the Morgan Plus Four, here producing 255bhp and 295lb ft and driving the rear wheels through the sole option of an eight-speed paddleshifting auto. It’s good for 0-62mph in 5.2secs and a 155mph top speed.

How does that compare to the six?

Well, this Supra 2.0 is nearly a second slower to 62, but the electronically limited top speed is no different. And it’s about more than raw numbers. For starters, there’s a £7,000 saving, this less powerful car starting at a fiver under £46,000. More crucially, it’s 100kg lighter, with its diddier engine pushed further back in the chassis for even better weight distribution. It means this ought to be the better Supra to drive.

Simply put, yes. It’s thanks to all the by-products of lighter weight – sharper steering reactions, more resolved ride quality, greater agility – with the end result being you, the driver, having more confidence in what’s happening below. Especially with the improved traction from having less torque to digest; you’ll work the car way harder, in a greater breadth of weather conditions.

A chilly, wet day brings its chassis mischievously to life with a much gentler learning curve. Pop the stability control in its middle setting and you can lean confidently on its rear axle for frequent giggles where the heavier, more boisterous 3.0 can sometimes make for sweaty palms.

Surely the engine’s less fun, though?

It inevitably doesn't sound as compelling, but this 2.0 is actually related to the 3.0 used in the top-rung Supra: they’re built on a 500cc-per-cylinder modular design (which also pops a 1.5-litre 3cyl into Minis and cheaper BMWs). So it probably ought not to be a surprise to learn it’s still satisfying to explore the upper reaches of its rev counter, especially given how short the ratios of this eight-speed auto are. We’ve waxed lyrical about it elsewhere, but it really does extract the best out of this engine.

Which is good, because the simpler focus of the Supra 2.0 may make you pine for a manual transmission every now and then. On the evidence of our Morgan, however, losing the punchy eight speeds of this gearbox is like going on a night out in the pub (remember those?) without your excitable mate who always buys a tray of shots to drag everyone into debauchery. Six longer ratios might well scupper the fun. But then this engine is latched to a decent manual in Minis, so it is possible…

As standard, the alloy wheels shrink an inch in diameter, the Supra 2.0 wearing 18s. Which beside some marginally smaller exhaust tips, is the only way of aesthetically differentiating it from the pricier 3.0. But if you get your hands on the Fuji Speedway Edition pictured below – another £1,300, though only 45 are coming to the UK – you’re upgraded back to 19s with a special forged design alongside lustrous white paint and flashes of red inside and out.

Notable omissions on the inside of the 4cyl Supra are electric whirring seats and a head-up display. The former lends it a sportier feel – I prefer manually notching my seat into place in a car like this – but the latter is something you might miss. Though the Supra’s big, central rev-counter is still way more appealing than the TFT dial set-up in its non-identical BMW Z4 twin.

So what’s the verdict?

It’s objectively a better car than the Supra 3.0: sharper and more resolved while cheaper to buy and run. But it’s also a bit of an enigma. Be brutally honest, do you want handling or muscle? Because even though I always favour the former, I think the Supra’s ‘thing’ is the latter. So losing two cylinders has made the Supra more of a joy to drive, but it’s arguably traded in the badge’s USP in the process.

Becoming lighter and more focused also throws the Supra even more into the bear pit with the Porsche Cayman and Alpine A110, while there’ll possibly be an even more arresting rival in the form of Toyota’s own GR86 when it arrives. But if it can feel like a lither version of this Supra – with a stick in the middle and a bit more JDM character bubbling at its surface – it could be a startlingly good thing indeed.

And if the £45k sports car market is swimming in competitors this accomplished, then I think our little corner of the world currently finds itself in a very good place indeed. Like the Supra’s shape and can afford the finance? This entry-level version will slip even more easily into your life. 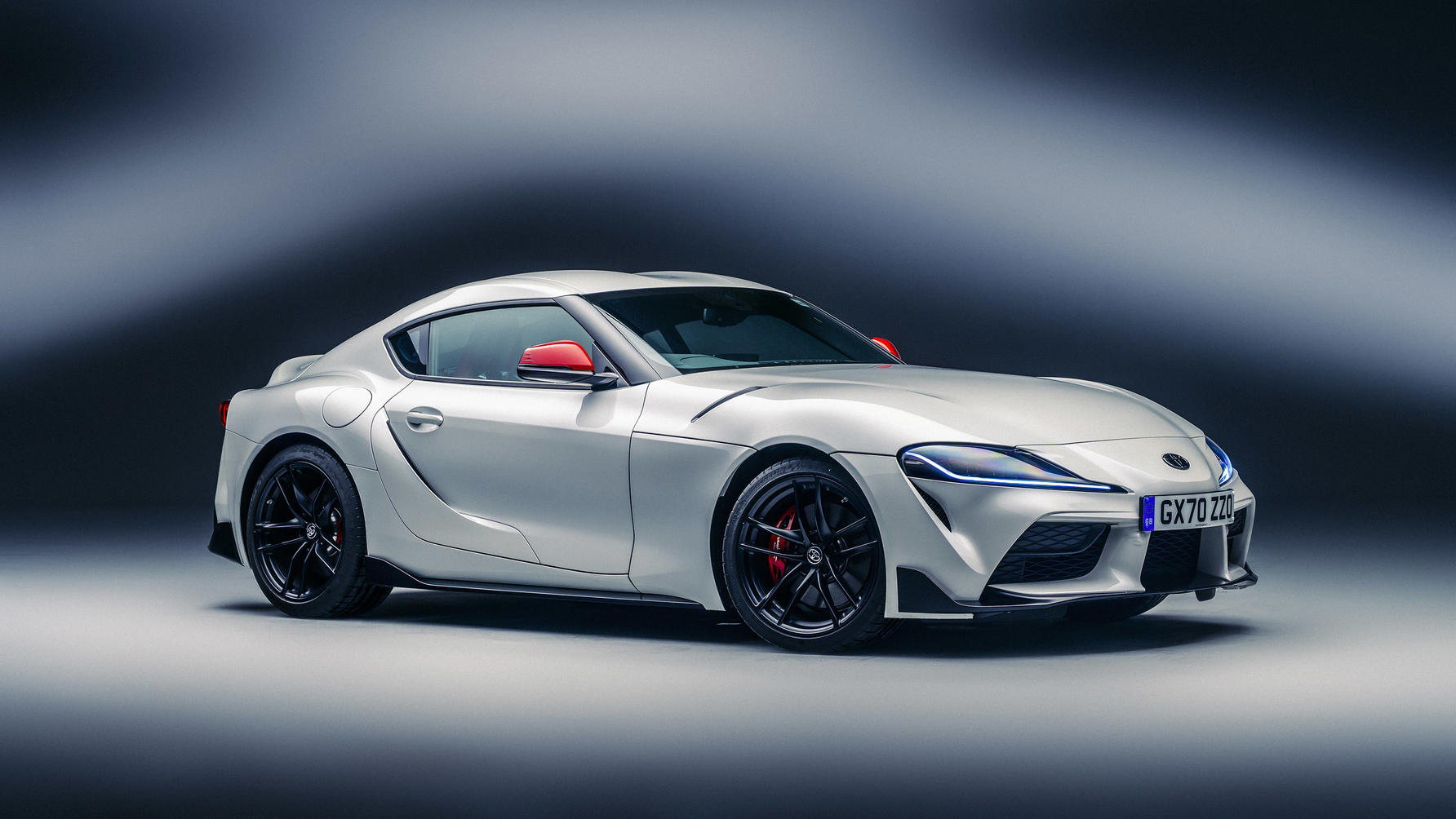