Manual vs auto: which Plus Four is best?

The Morgan Plus Four comes with two gearbox options: a standard six-speed manual, and an eight-speed automatic that’s a £2,000 option. I was in no doubt which I wanted when I was given free reign of the configurator back in the first report: this is a deliberately old-school car crafted with 110-year-old traditions. Shunning a stick here is surely one more swing of the hammer onto the final nail of the manual transmission’s coffin.

Alas, there’s a chance I made a duff choice. See, Morgan’s engines come solely from BMW these days. And those engines – a 2.0-litre 4cyl turbo in this Plus Four, a 3.0-litre 6cyl turbo in the pricier Plus Six – are latched purely to an auto when they’re installed in Munich rather than Malvern. They’re tuned to work hand-in-hand with those eight delectably short gears, something that’s immediately evident in our manual Plus Four, whose loooong gears have led at least one of my colleagues to cruise a decent chunk of the M1 in fourth, assuming from the rev counter’s low readout they were in sixth.

I love changing gear in my car, and I love how much it eggs you on to do dorky stuff like heel-and-toe downchanges when you’re merely mooching to the shops (as all journeys basically are right now). It just felt important to see, Bullseye-style, what I could have had. Thus I’ve spent a few days with an auto Plus Four and can conclude… it’s a way better sports car. Drat.

For starters, its transmission can handle more torque. So while the 2.0-litre four still produces 255bhp, its torque peaks at 295lb ft rather than 258. It takes almost half a second off the 0-62mph time (now 4.8secs) and ekes another mile out of every gallon of fuel (at a claimed 40mpg), all while somehow shaving 4kg from the Morgan’s already modest weight.

But the tangible difference in these two cars’ performance is actually larger than those figures suggest. The auto Plus Four is so much more boisterous, and you leap up and down those gears at a rate likely to trigger a paddleshifting RSI. I found myself changing up at lower revs; its torque peak subsides earlier than the manual’s, at just 4,300rpm, so lunges right up to the redline are rare. But that just allows you to use most of its ratios at really quite acceptable speeds. It’s a proper thriller with modest numbers on its electronic speedo.

So am I now beset with regret? Nope. It’s been smoked right out of my brain by the pungent smell of parboiled brake. See, the auto massively elevates the Plus Four’s real-world performance, but Morgan hasn’t tuned its suspension or beefed up its braking ability to accommodate.

In short, the more languid six-speed manual better matches the commitment level at which a Plus Four likes to be driven, and I fear too much time getting overly confident with the auto might ultimately conclude among the onions and turnips of a local field rather than the veg aisle of the supermarket I’ve actually aimed for.

Still, it bodes well for Morgan’s integration of new tech on the horizon. This Plus Four makes do with ABS and nowt else, but electrification and driver aids are all on their way in future models. The fact this and the Plus Six are so flipping exciting with a new-fangled eight-speed auto proves us driving geeks have nothing to fear. I’m not even offended by the BMW gear selector and PSA paddles. Though my few days using them were jolly enjoyable, I’m glad our Mint Mog possesses a good ol’ stick. 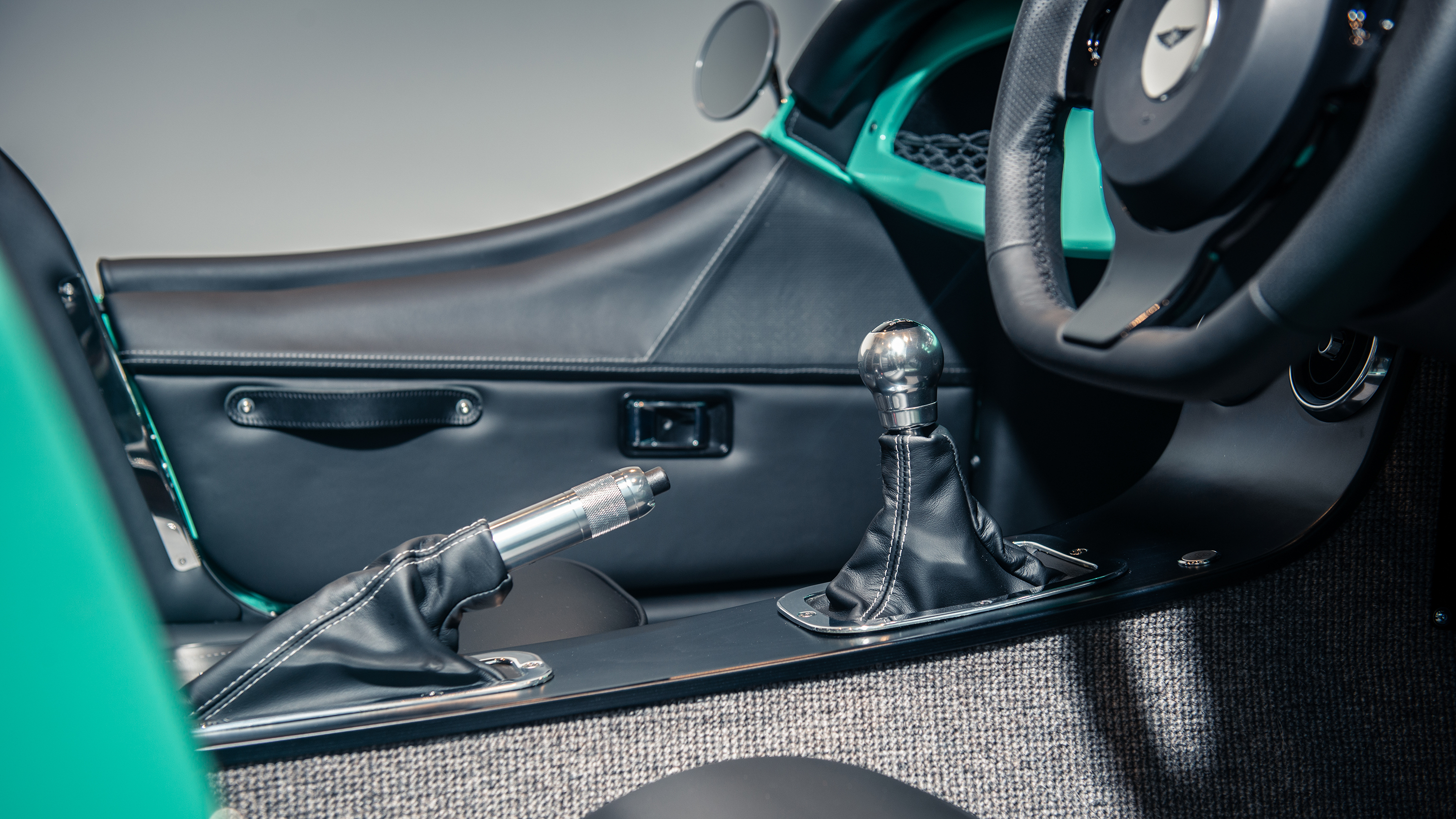 Everything you need to know about cars this week: 28 Feb '21

Video: is the McLaren Artura a P1 for £1m less?