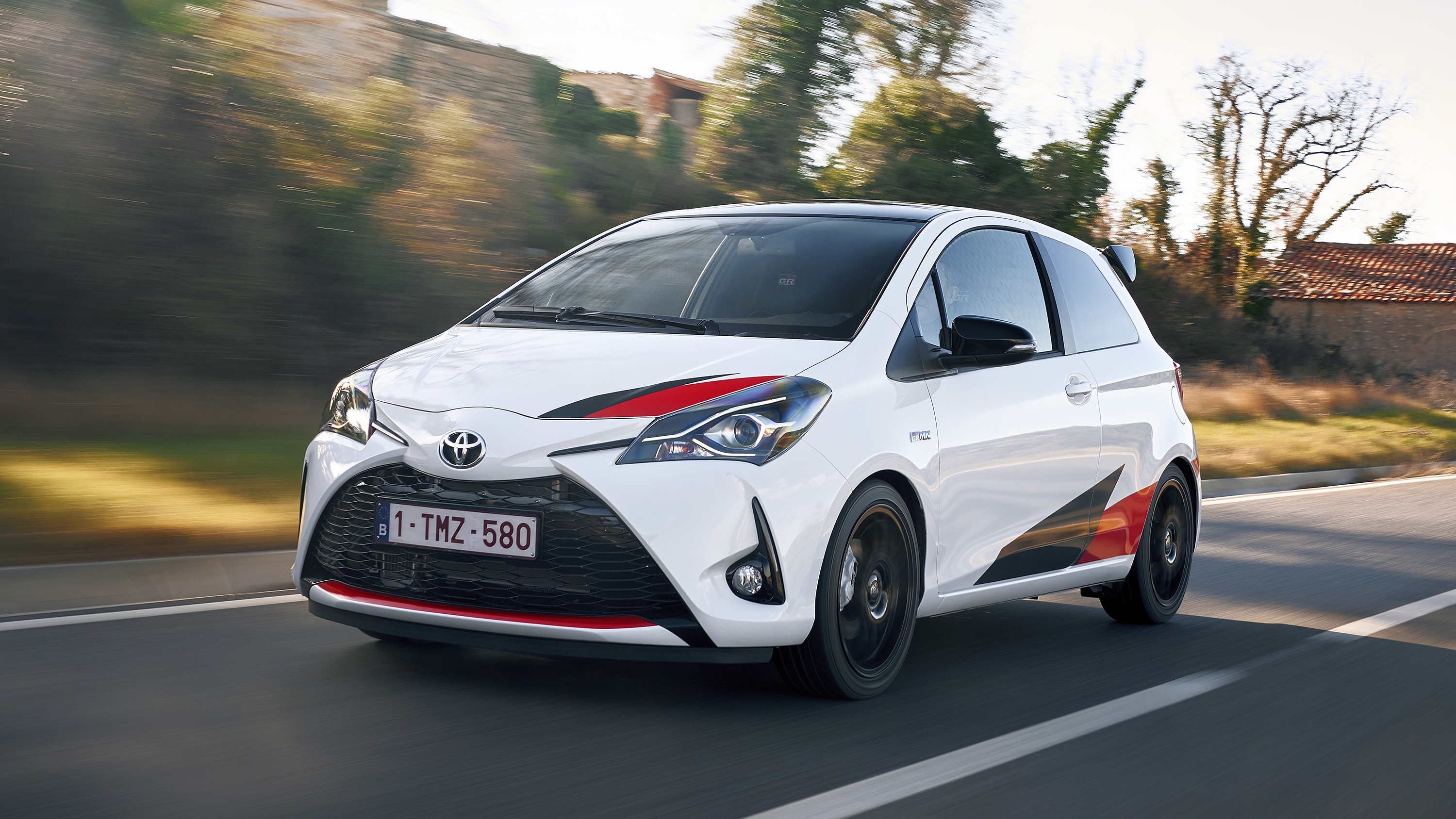 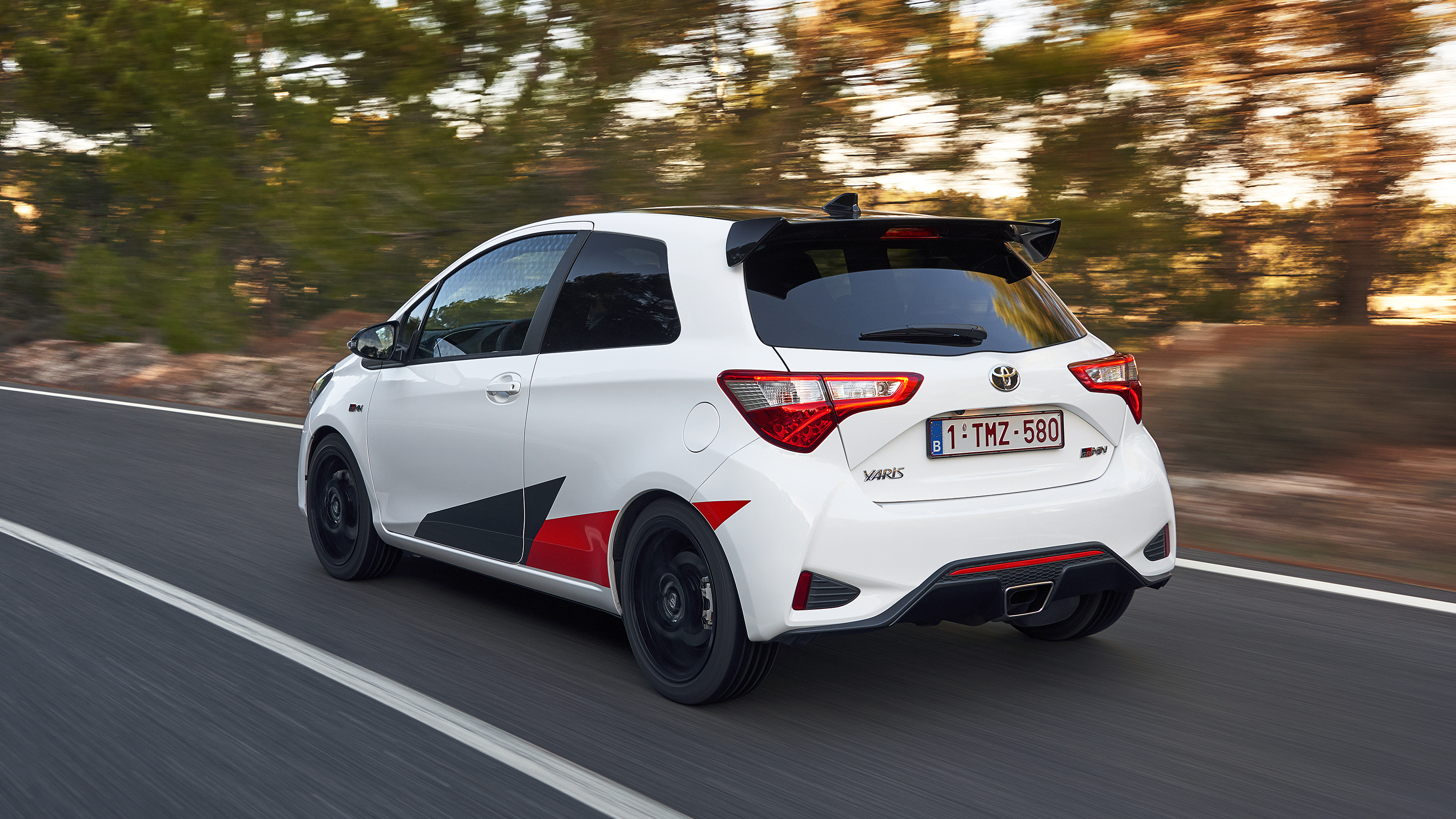 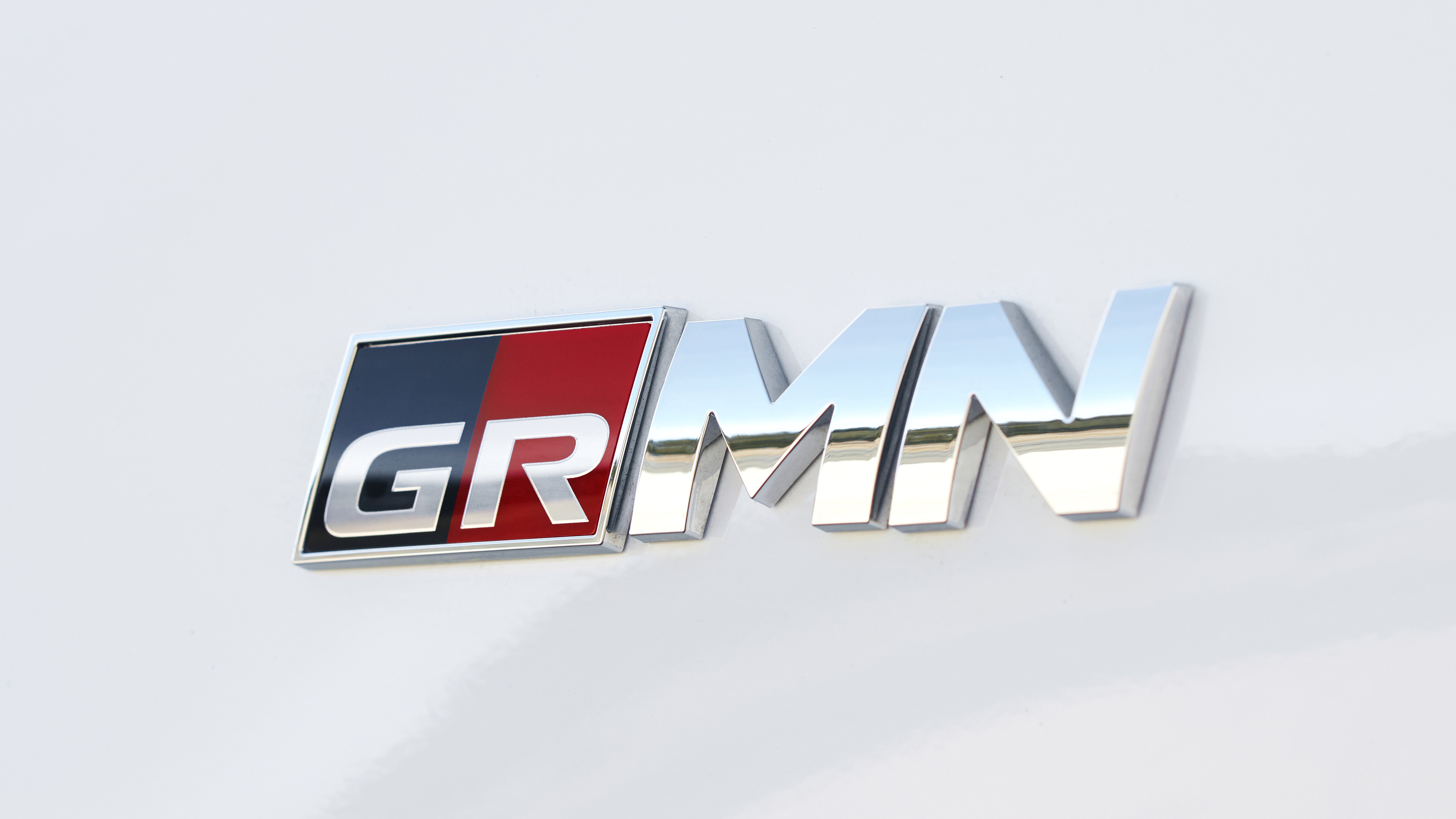 It’s also a completely sold out 26 grand Toyota Yaris, making any qualms you have about its price kind of null and void. It’s also a car whose ethos needs celebrating. Toyota was among a number of carmakers seemingly dropping performance cars a decade ago, as an economy crisis (and increasingly stringent emissions rules) put lots of manufacturers off making fast stuff entirely.

The Yaris GRMN is a car that would never have made sense back then, but an increasingly strident hot hatchback market seems the perfect time for it to launch an exciting new performance onslaught from Toyota, from a sub-brand called Gazoo Racing. It's been prevalent in Japan for a while, but now it's going global.

Is the Yaris not an odd car to begin with?

While Toyota cites links to the Yaris that competes in the World Rally Championship, it does seem an odd car to begin with when there’s a new Supra around the corner willing to wear Gazoo badges. There have been mildly heated up Yarises in the past, but none hot enough to even slightly chip away the car’s sensible, OAP-friendly image. One small blip of the GRMN’s throttle immediately takes a whole chunk out of it.

Squeezed under the bonnet is a 1.8-litre supercharged engine very closely related to ones used by Lotus in the Elise. Not resorting to a turbo makes the Yaris completely unique among its rivals, though it’s more down to Toyota utilising its relations with Lotus – given the GRMN’s tight development schedule – than any wish to offer something surprising.

Give me some stats.

Unlike the WRC car, it’s still front-wheel drive, but a Torsen limited-slip differential ensures none of the 209bhp/184lb ft is scrabbled away. Even with a huge amount of steering lock in a tight corner, you can floor the throttle early without wheelspin. It’s extraordinary, and the power goes on to be delivered in a keen and linear way most turbos can only dream of.

The gearbox is one of Toyota’s six-speed manuals with reinforced components, while the suspension comprises very expensive Sachs dampers, and makes the GRMN 30mm lower and 60 per cent stiffer than a standard Yaris.

Weight has been cut wherever possible, with the wheels 17 inches, not 18, and the brake discs they house kept as small as possible to reduce unsprung weight, minimising how much work the already busy front axle has to do. At just 1,135kg, the GRMN manages the best power-to-weight ratio in its class, aiding a 6.3sec 0-62mph time.

It sounds like a bit of a nerd’s car…

Oh yes. But driving nerds will find no small hot hatch as fun as this on sale. It’s just so raw. The throaty roar from the exhaust is louder and more encompassing than anything else in the class. Get to a corner and its agility and alertness are unmatched, too (though the Peugeot Sport 208 GTI comes close).

The dinky steering wheel is borrowed from a GT86, and flicks you urgently into a corner, ready to get on the power so the diff pulls you assertively out the other side. And there’s a lot of fun to be had; lift off the throttle, or turn in on the brakes, and the GRMN’s willing to move around a bit. If you want to just grip and go, you can, but there’s amusement if you go looking for it. With the freedom of a track, the rear end can really be teased out of line.

What does the name mean?

GRMN stands for Gazoo Racing tuned by Meisters of the Nürburgring, which gives you a clue as to where a reasonable amount of development has taken place. You might expect the Yaris to be a bit stiff as a result.

No surprises, this is a firmly sprung car, but Toyota’s engineers seem to have softened it off a bit since we drove a development car last July (first impressions here). They’ve also quietened down the exhaust when you’re only on a light throttle, so motorway cruising and urban driving are now far less antisocial.

Does it feel special enough for £26k?

The componentry says yes. The interior, not so much. There’s a pair of exceptional suede bucket seats up front, but you can tell the Yaris cabin was never meant to accommodate such things. They’re squeezed a bit awkwardly in there, and getting a perfect driving position is tricky. The plastics and switchgear are also clearly from a cheaper, less interesting car.

Yet I’m not sure the Yaris GRMN’s 600 buyers will care. Its dynamics manage to be mature yet highly entertaining, and it feels extremely durable on track. As a car to launch Toyota’s new Gazoo Racing brand, it’s a brilliant demonstration of the engineering prowess that will go into future products. Ones which will be less limited in number and hopefully a bit cheaper, too…