Zenvo TSR-S review: the 1,177bhp car with the mad wing 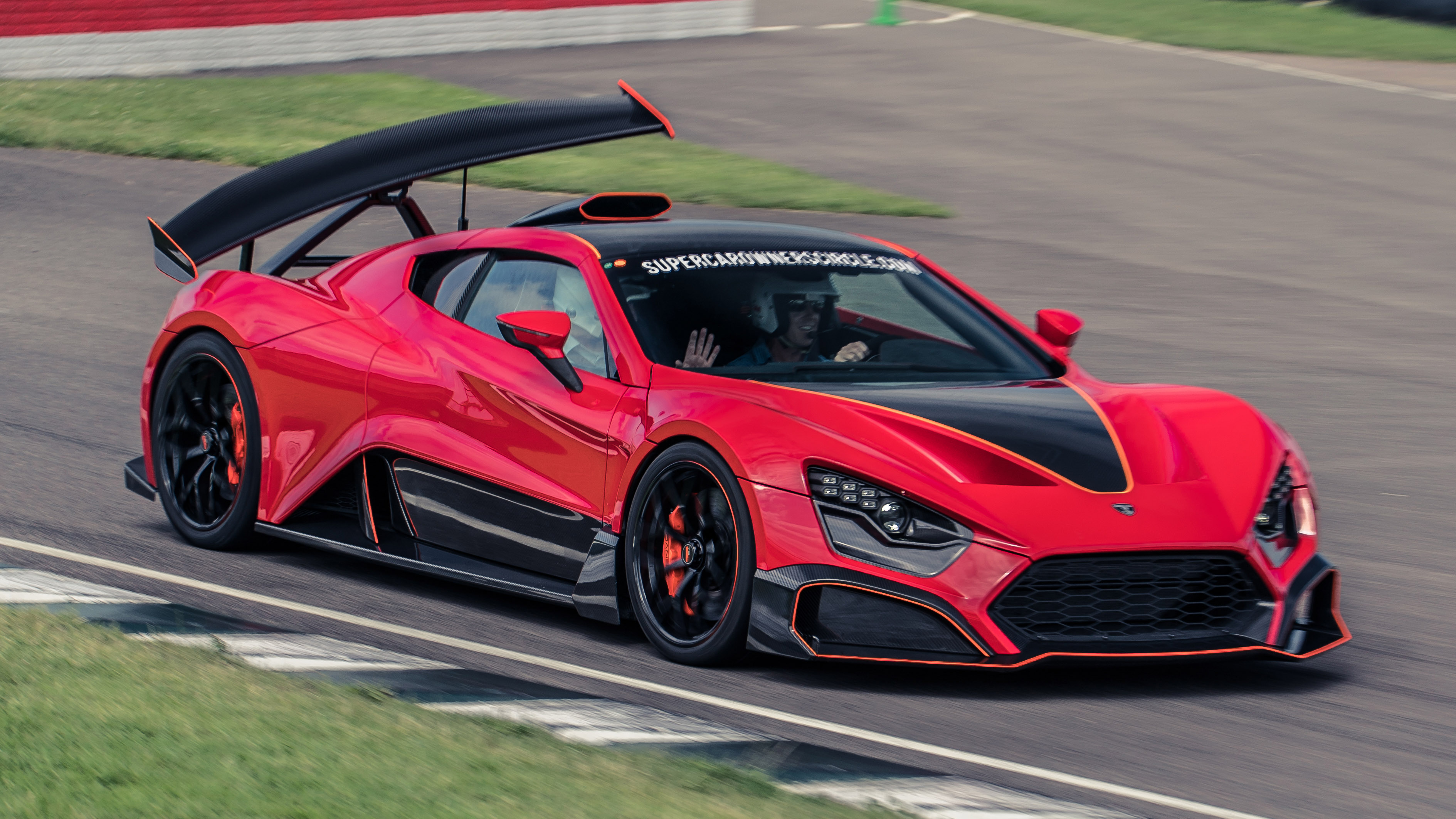 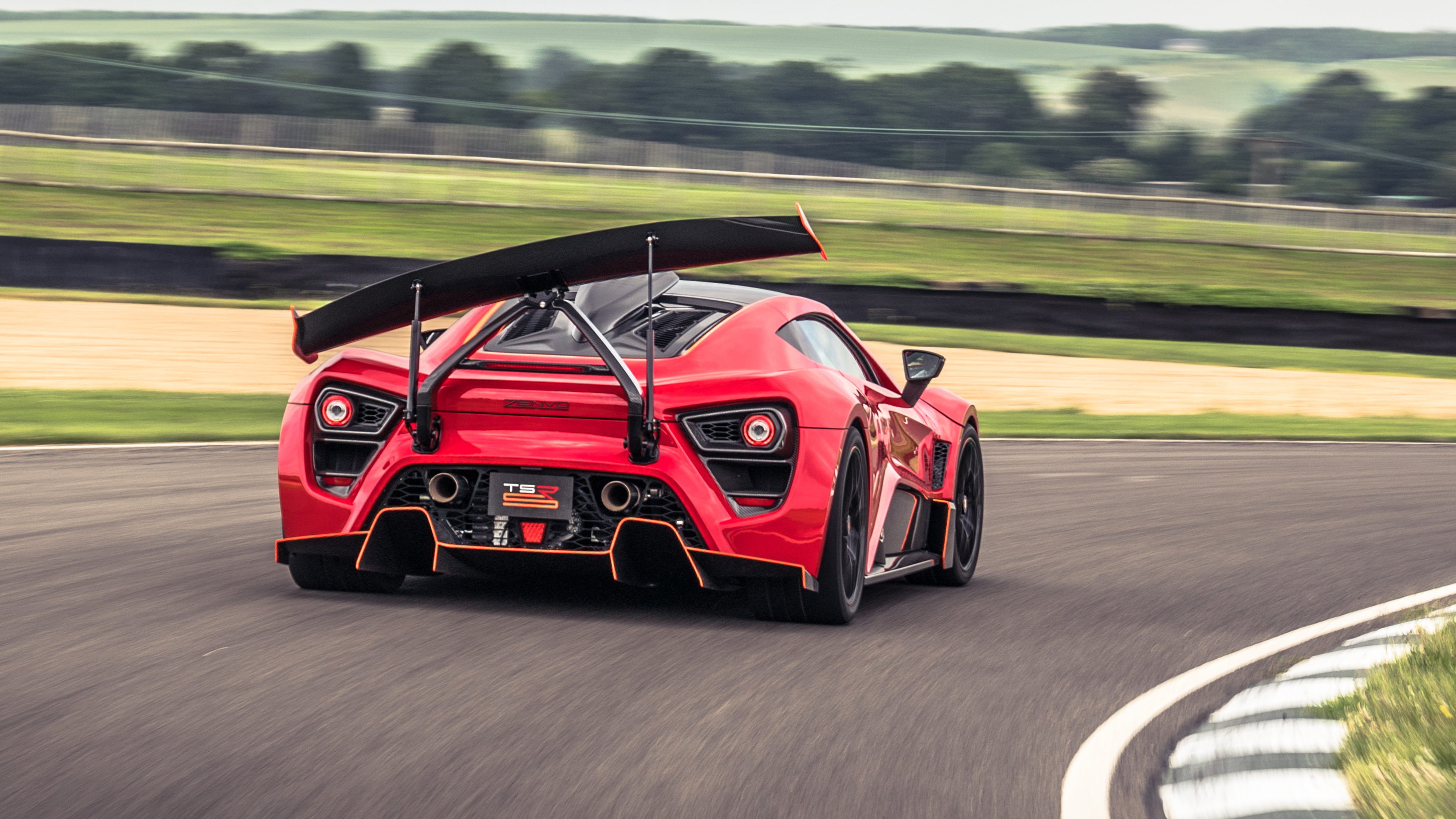 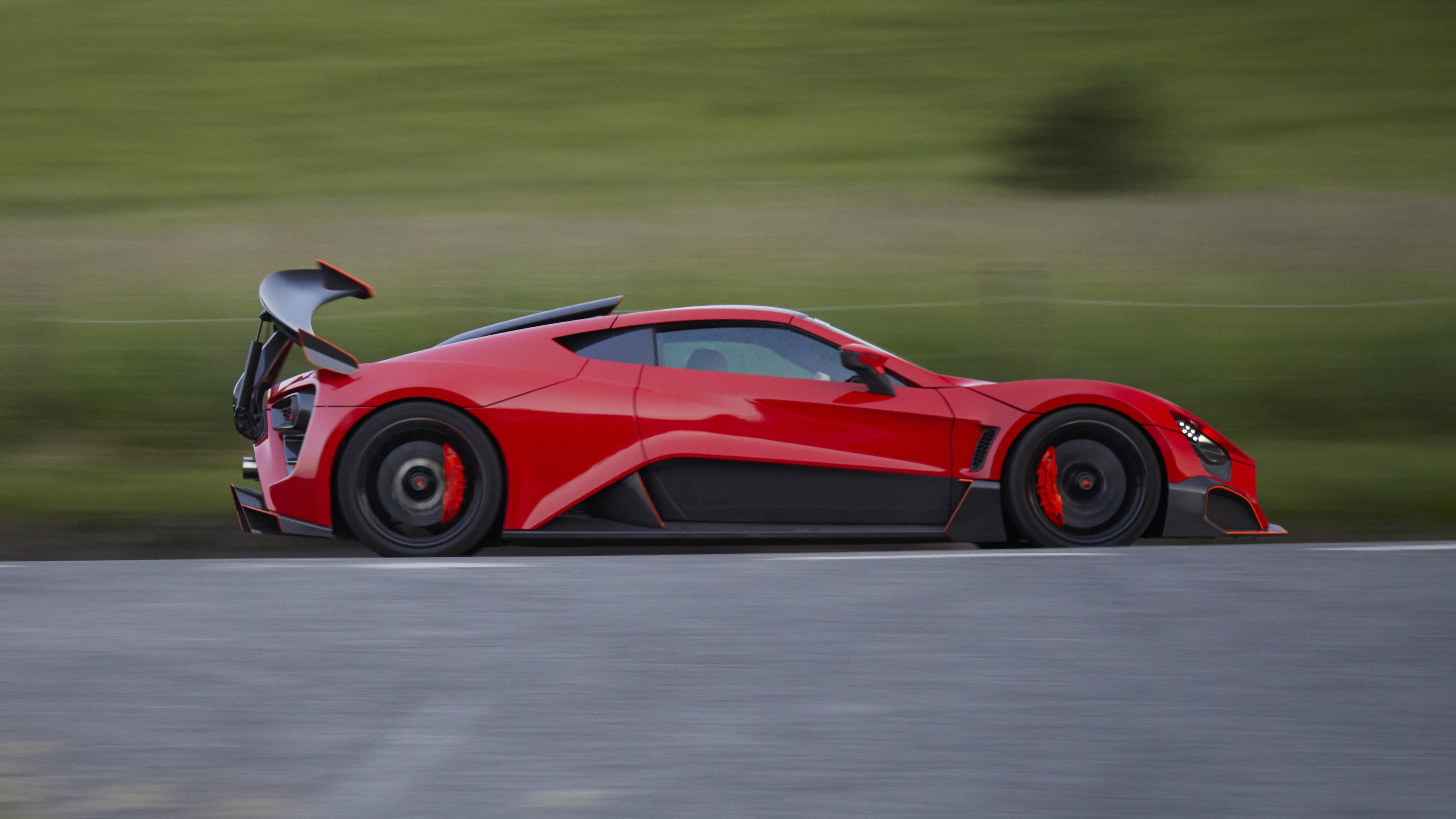 It’s the car with the bonkers wing!

You’ve got it, it’s called the Zenvo TSR-S and it does something we’ve never seen before. Oh, we’ve heard of active aero and we’ve seen flaps moving and airbrakes deploying, but we’ve never seen anything quite like this before. There’s plenty to discuss there, but before we do, let me tell you a bit about the company and how they got here.

Zenvo is Denmark’s only car company and has been building cars since 2007. The numbers are small – less than 25 over the company’s lifetime, but like Koenigsegg in Sweden, instead of relying on suppliers, they do an awful lot of the work on the car themselves.

Troels Vollertsen, Zenvo’s founder (the name comes from the first and last syllables of his name, reversed), is an ex-race mechanic and engineer. His speciality is powertrains, and so Zenvo doesn’t rely on crate motors from Ford or GM, but instead uses its own 5.8-litre twin-supercharged V8. “Everyone is so afraid of doing an engine, but everyone is working on engines. They understand them well. They are porting the heads, making new inlet manifolds and camshafts. I don’t think the engine is that bad – the gearbox is twice the work, and the interior… that’s really difficult.”

How much power has he got out of it?

1,177bhp. Ample, when it’s pushing against a dry weight of less than a tonne and a half. Zenvo claims 0-62mph in 2.8secs and 0-124mph in 6.8secs. When we tested the McLaren 720s that hit 124mph in 7.4secs, and it’s safe to assume that the Zenvo would pull away more vigorously above that speed. It certainly felt like it would. Top speed is a limited 202mph.

Because aero. The aim of the TSR-S is to make the air work harder, do more for you. Here’s Vollertsen again: “The TSR track car had a fixed rear wing, but I’d been thinking that maybe we could alter the downforce so we could put more pressure back across to the unloaded inside wheel while cornering, so you not only get downforce, but also create an effect like an anti-roll bar. So we took the standard wing and tried it at different angles in the simulation, and we could see there was a massive impact.” Remember Lamborghini’s ALA rear wing that bleeds airflow and so on? Well, this is a similar idea, just way more extrovert.

Because aero forces work at right angles to the wing, if you go into a right-hander the wing leans left (like its falling off due to the g-forces), and the airflow is reorientated, helping to add pressure down through the stanchions, back towards the inside of the car. While the pitch of the wing varies infinitely depending on a wide range of parameters (speed, g force, acceleration and brakes), the wing leans straight to 15 degrees, activated once it detects a 0.5g lateral loading, then pulled briskly over by hydraulic rams.

Serious question: how much downforce does it produce?

Zenvo limits it to a maximum of 270kg by varying the wing’s angle of attack. It was developed in conjunction with Aerotak, a Danish company that also did the aero work on the Koenigsegg One:1 and data shows that even when leant over to 15 degrees it’s effectiveness is only three per cent reduced. Less than a 10kg drop in total downforce. Big deal.

Less serious question: can I do it at a standstill?

So you can show your mates, right? Yes, there is a mode inside that allows the wing to waggle while parked.

Well, aero is the unseen force in car dynamics – you only notice it when it goes. Having said that, what I do notice is that the back end is more planted than the front (as you’d hope when it’s the end that has to deploy 1,177bhp) and the nose feels comparatively soft, the steering a little springy. So there’s a sense of imbalance front to rear – but that’s fine: next week this car is off to Nardo for chassis maestro Loris Bicocchi to work his magic.

There’s certainly nothing alarming happening when the wing angles over. I know when it does because it teases at the edge of my vision – I’m concentrating forwards, but I catch glimpses in the mirrors of it tilting and swinging, these very abrupt, robotic movements. It’s like having a transformer on the back deck, popping some funky moves. 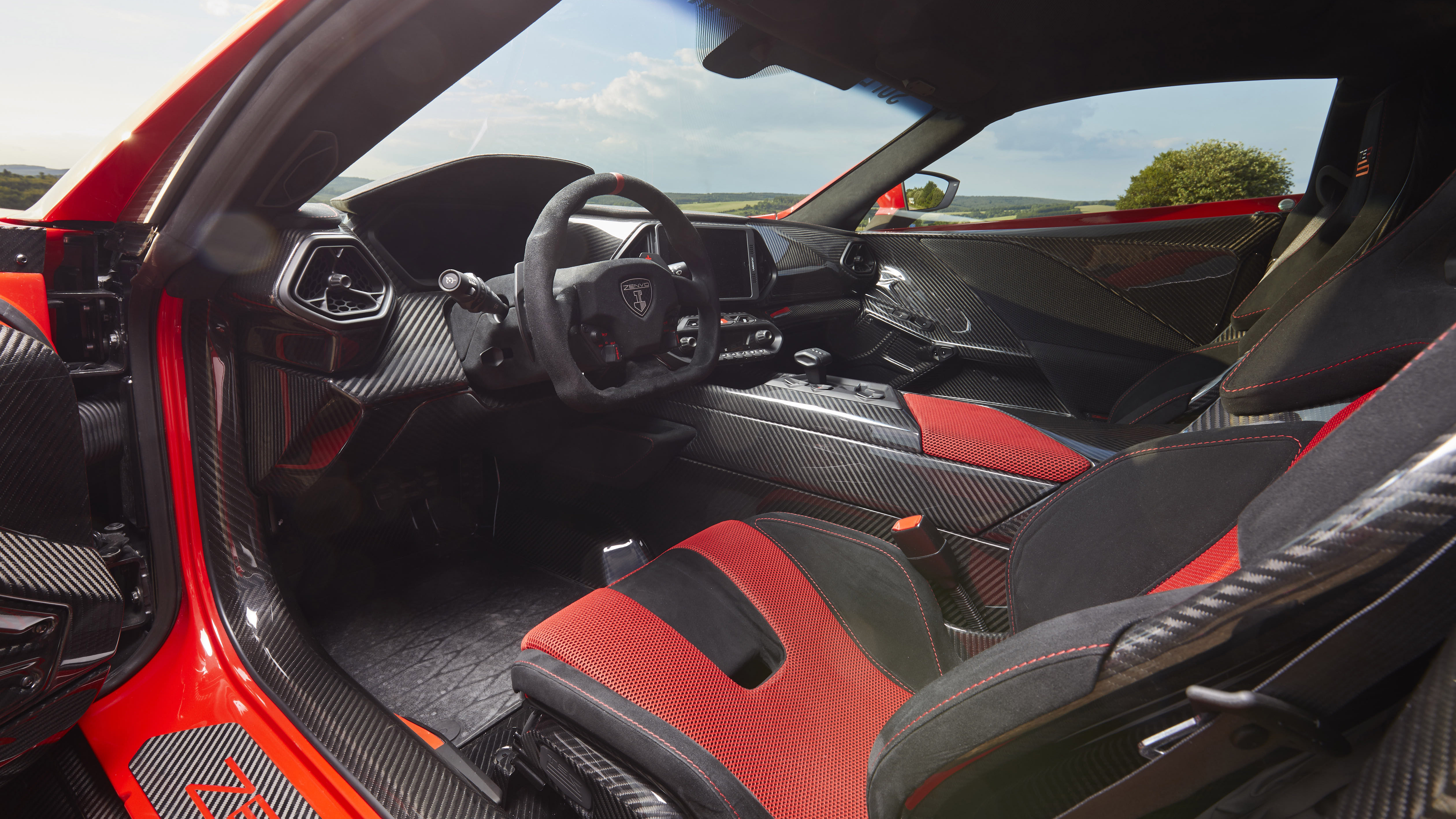 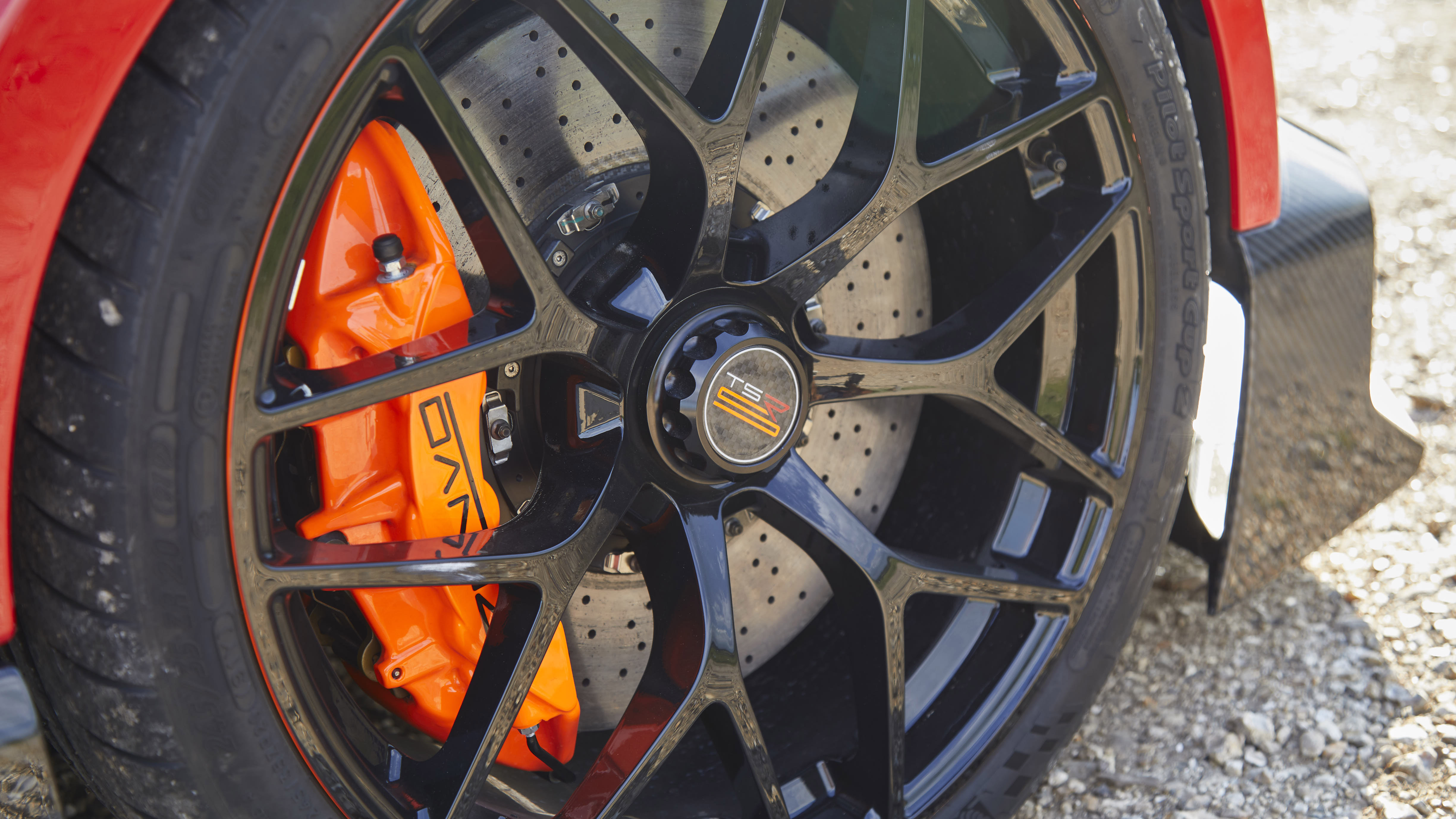 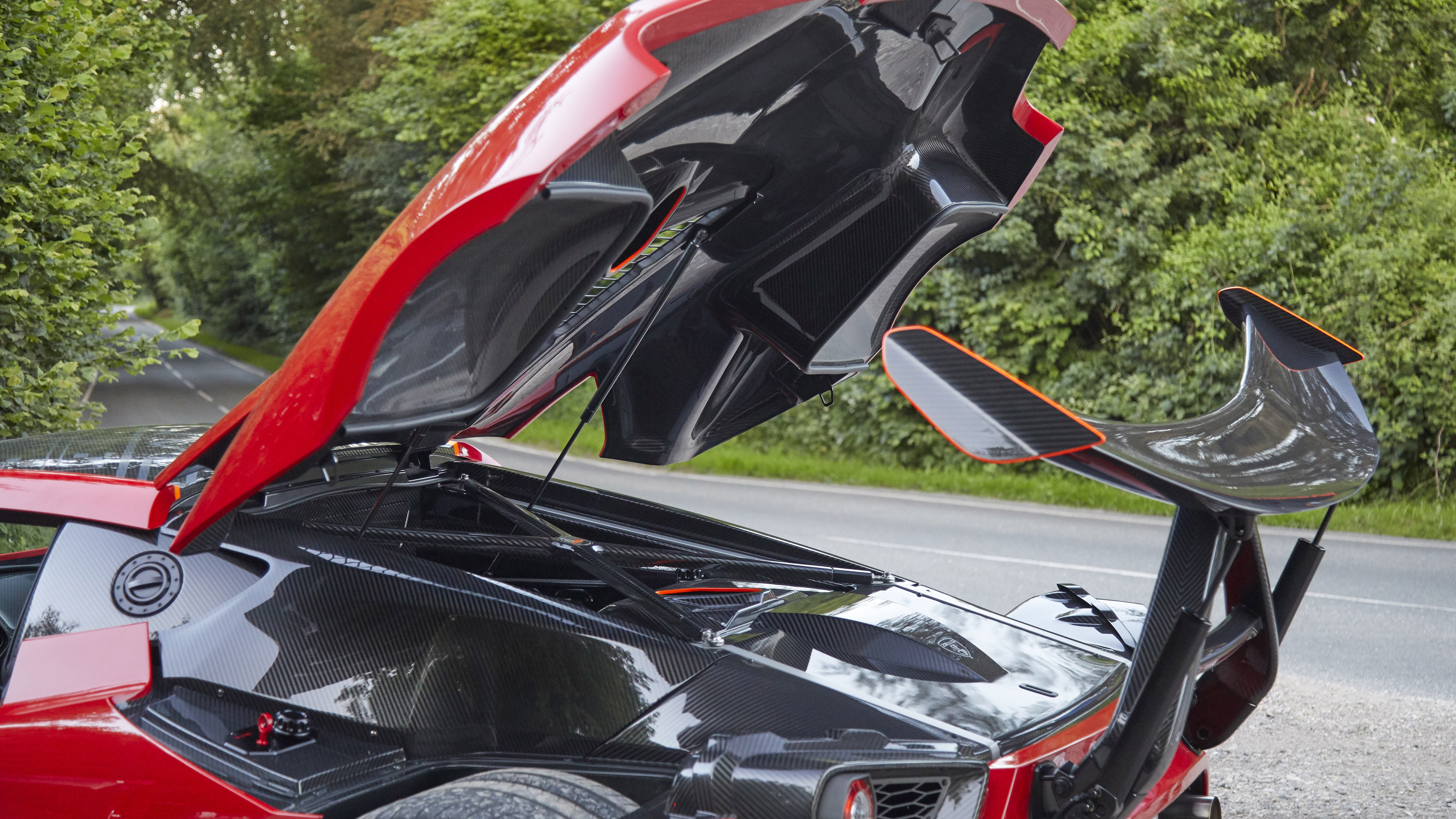 So it’s quick then?

Of course it is. But the TSR-S is also very noisy. Very. This will shortly become important. Traction is very impressive through the 325-section Michelin Cup 2 tyres, the differential portioning out torque smoothly, and the whole car is shot through with a really strong sense of mechanical connection.

I’m getting into it, summoning up the courage to deploy ever greater chunks of the twin-supercharged motor’s prodigious power. Unsurprisingly it gets a proper stroll on down the Lavant Straight, the acceleration furious and immersive and uncomfortable as only a car with well over 1,100bhp can be. And then the black flag waves.

Of course. Goodwood operates a quote system which permits a certain amount of noise over the course of every half hour. The Zenvo filled an entire 30 minute allocation in a single lap. Trying to tell the marshals that the noise is good and people must really enjoy hearing it five miles away doesn’t really wash...

For a couple of laps I toddle around trying to get more of a sense of how it handles and drives, but the ability to hit downforce speeds is severely curtailed when every foray past 2,000rpm causes a trackside noise meter to explode with indignation.

So you went and made noise on the road instead?

Obviously. The TSR-S is a different kettle of fish on the road. Where on track the nose felt slightly soft, on road it’s unforgiving and sensitive to camber – although steering feel through the surprisingly narrow 245-section front tyres is great. But again, this is a matter of tuning. I doubt it’ll ever quite get as polished as a Pagani, but driving it is an event. The engine bellows behind the firewall, full of monstrous intent, the wing swings back and forth, and although I try to act rationally and assess the car, what I really want is a camera on the back deck beaming a live feed to the dash screen. It’s childishly entertaining. The turning circle is good, and the gearbox… well that’s something else again.

It’s a single-clutch sequential isn’t it?

It is, but that’s not what’s unusual about it. Perfecting the gearbox is a challenge common to all small hypercar marques and has led to some creative solutions – witness Koenigsegg’s single-speed Regera. The problem is the need to handle colossal torque yet have usability and longevity. It’s fine if you’re Bugatti and can invest tens of millions in the problem, but for smaller firms it’s a big issue.

Zenvo has come up with an interesting concept – a synchronised race-style dog box, but one where they can control both the input and output shafts to mesh the gears smoothly. The casing is from CIMA, but the internals are all new, built to Zenvo’s specification, “helical cut so not noisy, but with dogs instead of synchros,” Vollertsen tells me. “A synchronised dog box is very good, but the electronics need to be right because you don’t want clonks when driving. The shaft speeds need to be within 10-20rpm of each other or they won’t go through. So we made a completely new gearshift hydraulic system – that’s been a four year project.”

The ambition to undertake a project of that magnitude – let alone make it work, would have put most people off at the start. The result isn’t as silken as a Chiron’s of course, but it is an event, you have to manage the gearbox, then think about how you’re using it.

When manoeuvring it takes a while to go from D to R as the shaft speeds synchronise, but once on the road you can manage the speed of the change via throttle position (the harder you accelerate, the quicker the shift) and choose between Road and rawer Race settings, which just fires them home. At full chat it’s hilarious, this instant mechanical snap, way more purposeful than a twin-clutch and just as fast.

Commendably bespoke. There’s a strong hexagonal theme - reminiscent of Lamborghini – but it’s also very well made and nicely finished. Barebones enough that I’d quite like a bit more padding on the seat, but it comes across as raw, purposeful, extreme.

From the screen graphics to the doors seals, much of it has been done in-house. And done well. Getting door closures this resistant to wind noise is no easy task. Above all, there’s the carbon. Vollertsen got fed up with carbon suppliers letting him down, so they now do all the carbon work in-house themselves. It’s a carbon-bodied car, with carbon everywhere inside. That’s a lot of carbon. And it’s really, really good – finished to a high standard, the weave clear and perfectly aligned.

Just two controls adorn the steering wheel – one for the gearbox (two settings), the other for the engine. There are three modes, the middle of which, IQ, is the most interesting. Rather than limiting power to a particular level, this is a smart system that works with the stability control to give as much power as conditions allow. If it detects wheel slip it’ll reduce maximum power slightly, but if it gets grip at that level a moment later it’ll give you a bit more.

A lot of thinking has gone into the TSR-S, hasn’t it?

This is a more carefully considered and innovative car than I’d expected, full of race thinking but in need of the final polish to make it that bit more usable. But as Vollertsen points out, “our customers… they are not buying a car, they are investing in the company”. A company that has stumbled on a unique selling point, and is likely to reap the rewards as a result. And a USP, ultimately, is what any hypercar needs to stand out from the crowd.