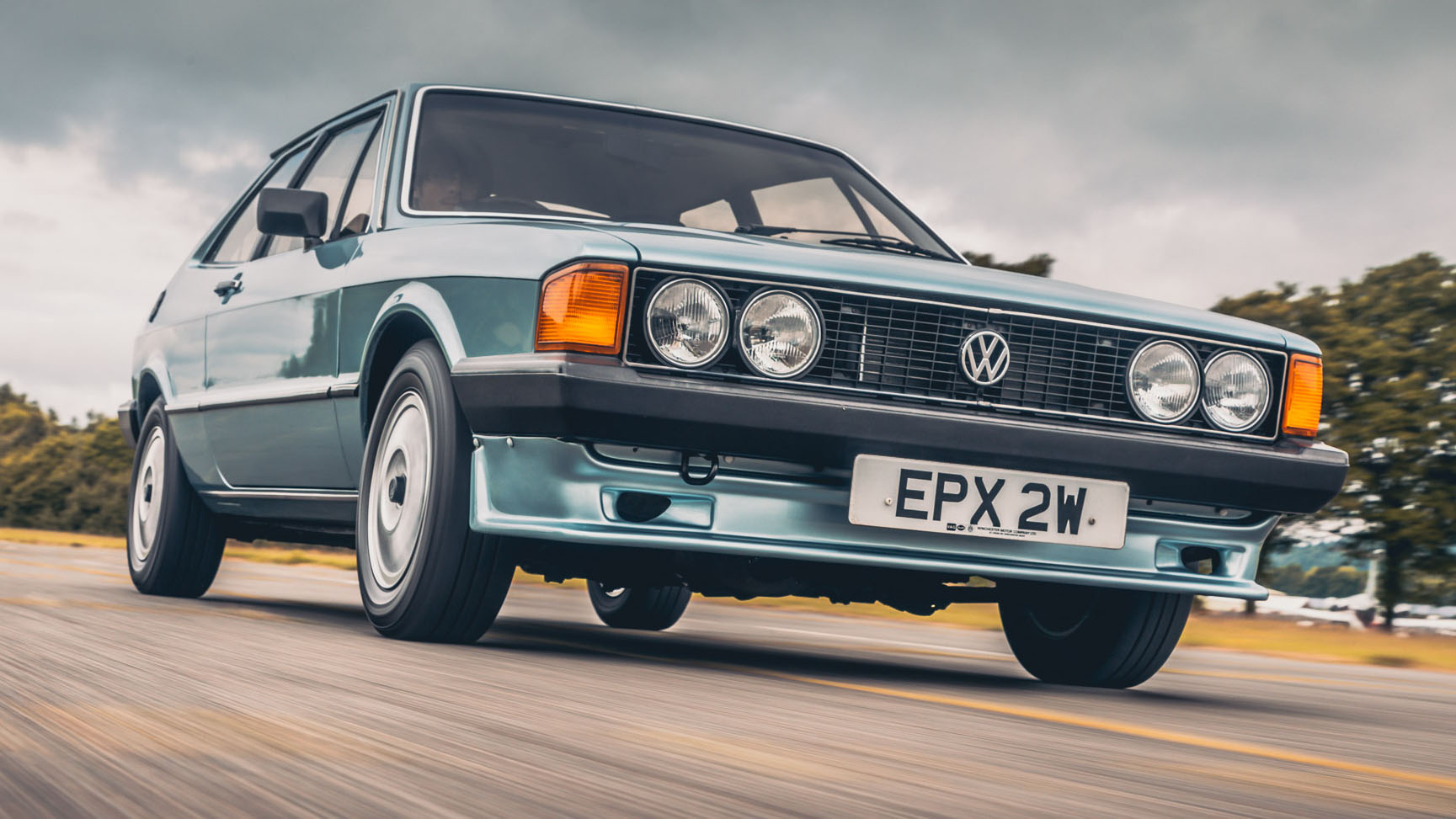 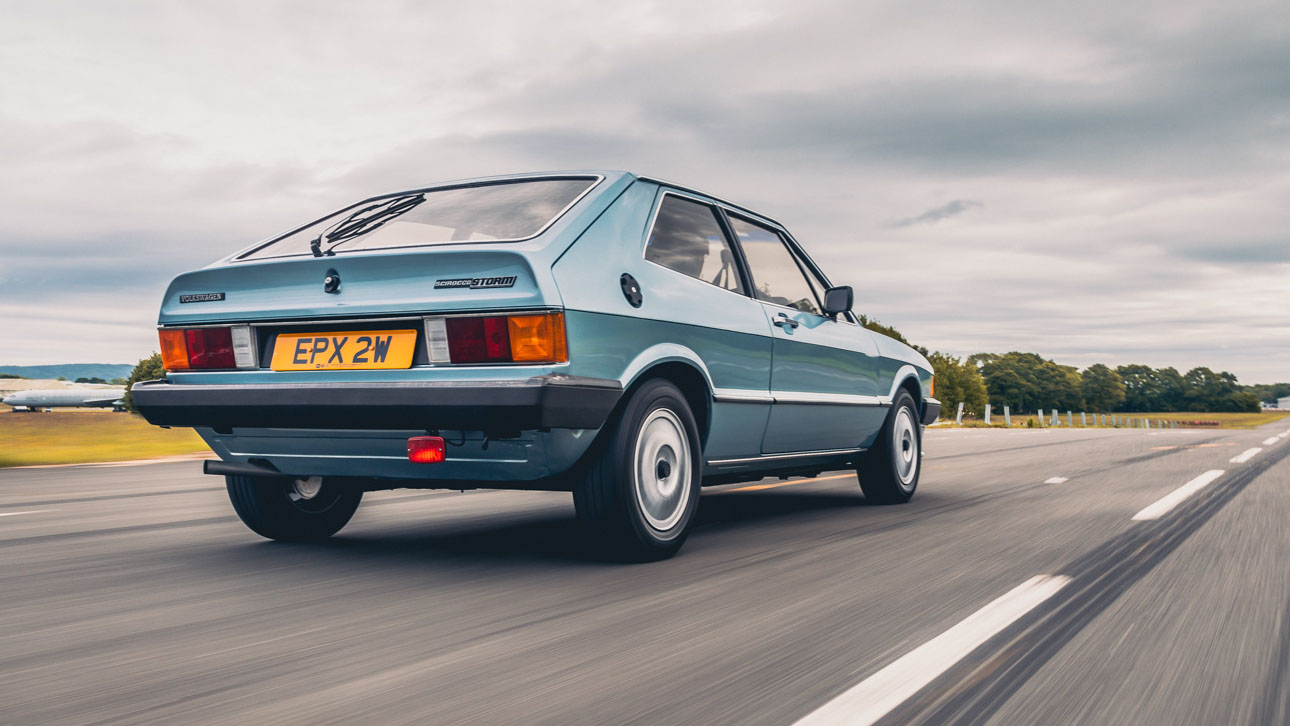 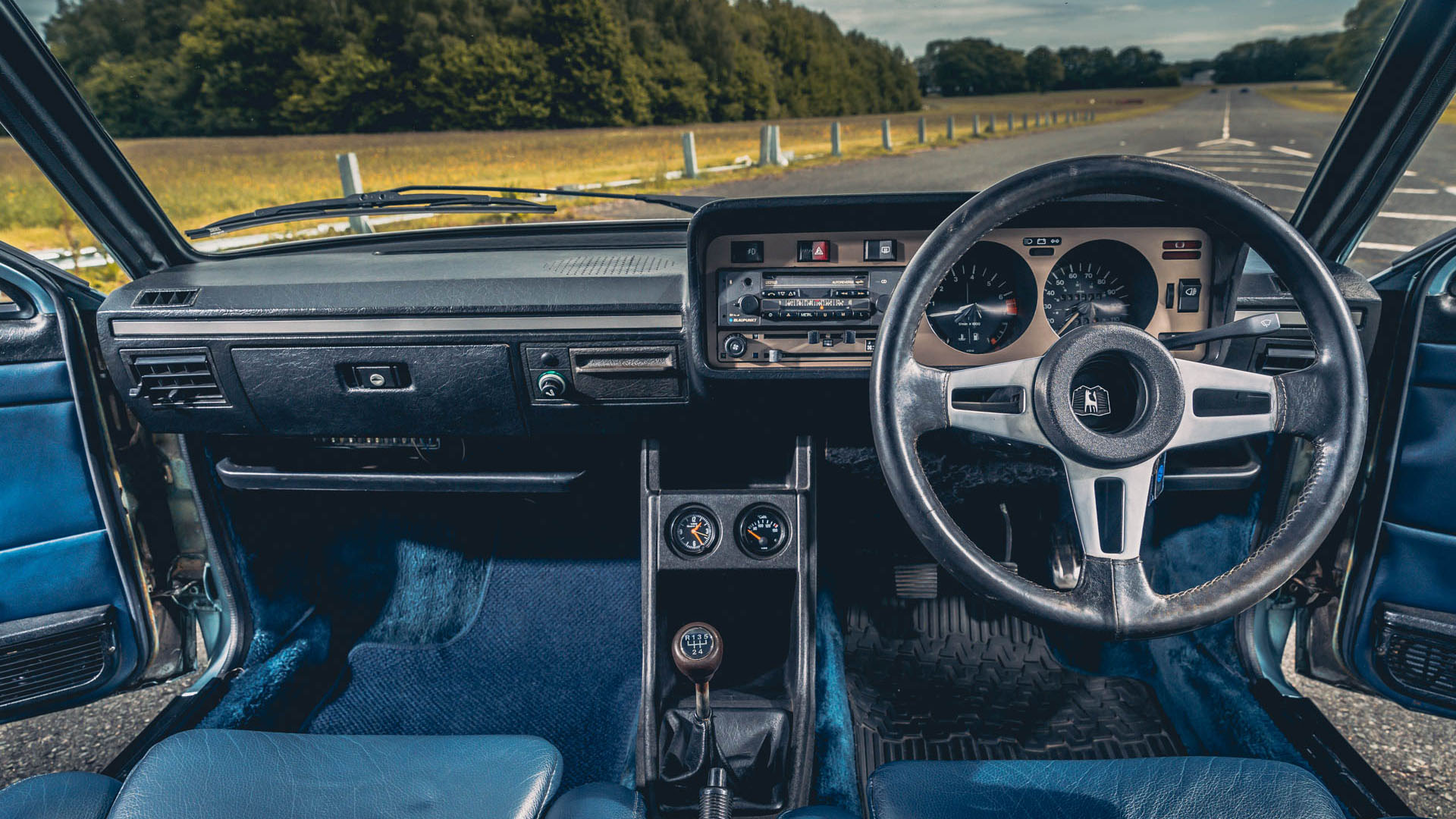 A Scirocco is a warm, southerly Mediterranean wind. It is also a Volkswagen launched in the mid-Seventies, styled by Giugiaro and based on the venerated Golf. The former brings hot, dry and dusty conditions to North Africa. The latter brings three doors, four seats and in no way affects the weather in North Africa. Or anywhere else, for that matter.

This one’s a Scirocco Storm, and it’s the one you want because like the lesser Scirocco GLI and GTI, it has the 1.6-litre, nat-asp, fuel-injected engine from the MkI Golf GTI, and a 5spd manual ’box. Storm trim adds much luxury, though. Or what passed for luxury in 1981 when you could get one like this for £6,687 (about £23k in today’s money). As the most expensive Scirocco you could buy in Blighty, it got leather upholstery, a wooden gearknob, a chin spoiler and, get this, a passenger’s side door mirror. The GLI got none of these things.

VW launched its three-door coupe in 1974, but didn’t do a Storm (which were UK-only, by the way) until 1979, just two years before production of the MkI ended and MkII began. That makes the Storm pretty rare – the Internet reckons there are fewer than 20 left.

Not that normal MkI Sciroccos are exactly common. VW (allegedly) sold almost seven million MkI Golfs, but just half a million Sciroccos. Rarity often equals desirability, but not here. We insured the Scirocco pictured (which is owned by VW itself and thus as good an example as you’ll find anywhere) for a value of just £6,500. Less than it cost when it was new. You might pay double (or more) for a Golf in identical condition.

And you needn’t, because the Scirocco certainly isn’t half as much fun as the Golf. It has the same engine, which is willing, forthright and powerful enough to push the bluff, Seventies front end through the air at 115mph. Zero to 60mph takes 8.8 seconds, which period reviews note makes it faster than a Porsche 924 or Mazda RX-7. It feels faster than it is, no doubt because you’re that much less insulated from everything going on around you. And the noise, which is exciting without being antisocial, or trying especially hard.

It doesn’t handle well like a modern car handles well, but it’s certainly fun and has some purpose to it. There’s roll, because roll is entertaining, while the steering is slow by modern standards (fast for the time, we bet) and the brakes are more effective than we feared they might be. Better than a Fiesta XR2’s.

That it only weighs 800kg does it precisely no harm, either, so you can hurl it about without losing momentum. And because the tyres are skinny, you’re always on or close to the absolute limit of adhesion, and seldom close to doing anything that might cost you your driving licence.

A Golf GTI in a different frock? Not quite. But close.