£234 p/m
External link to
with Leasing.com
Read why you can trust our independent reviews
Top Gear Team
Published: 18 Oct 2019
Skip 8 photos in the image carousel and continue reading 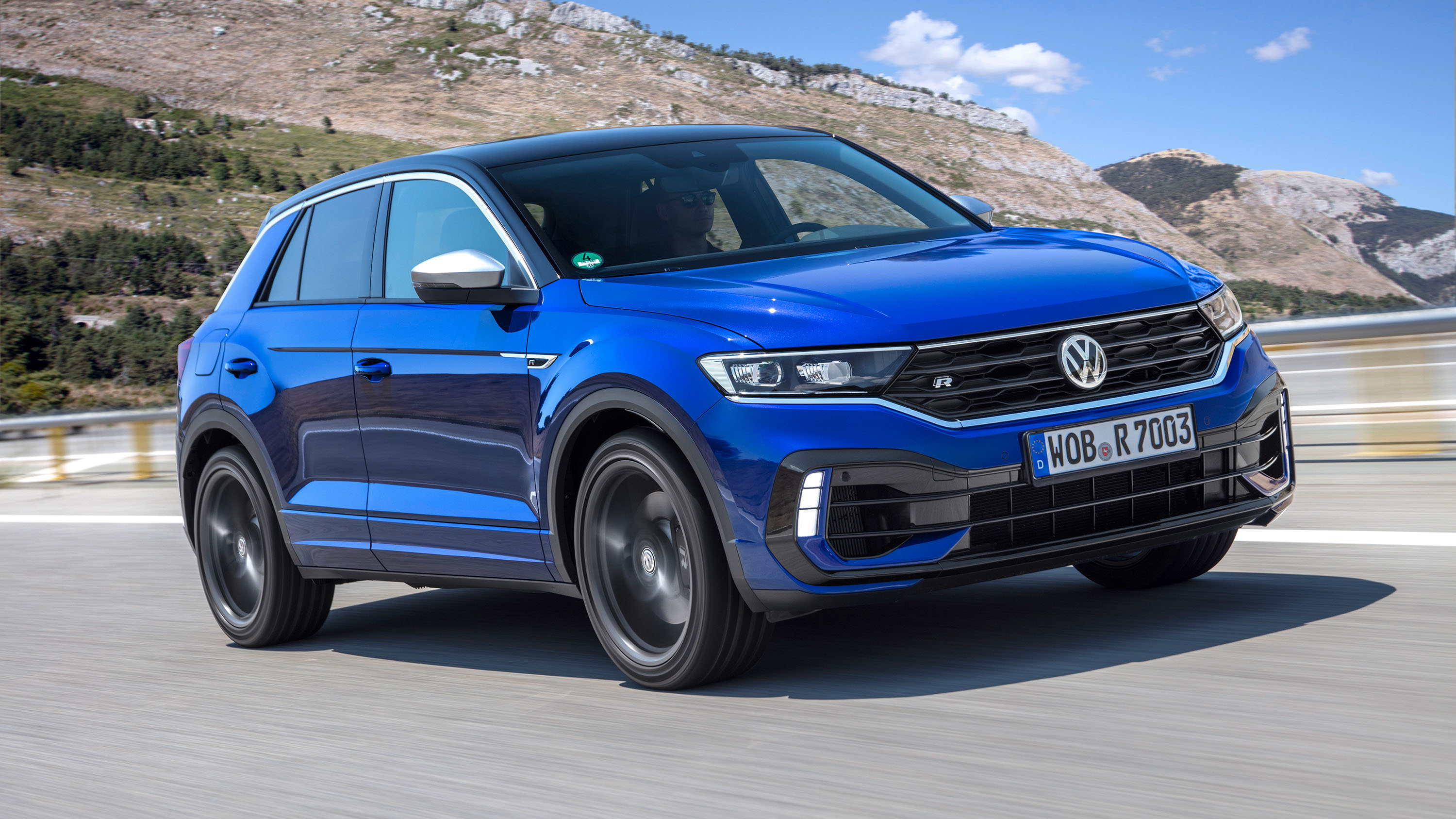 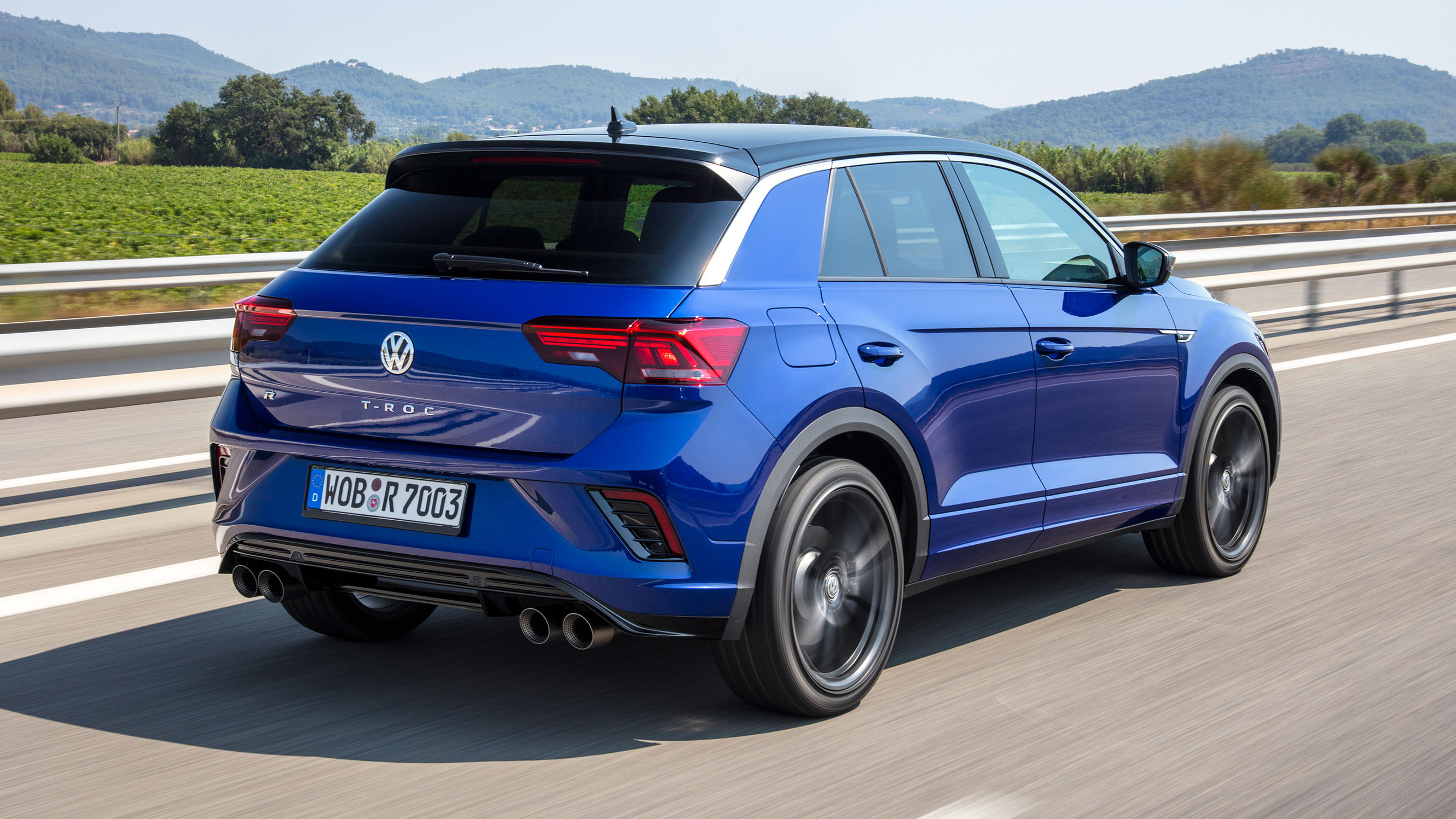 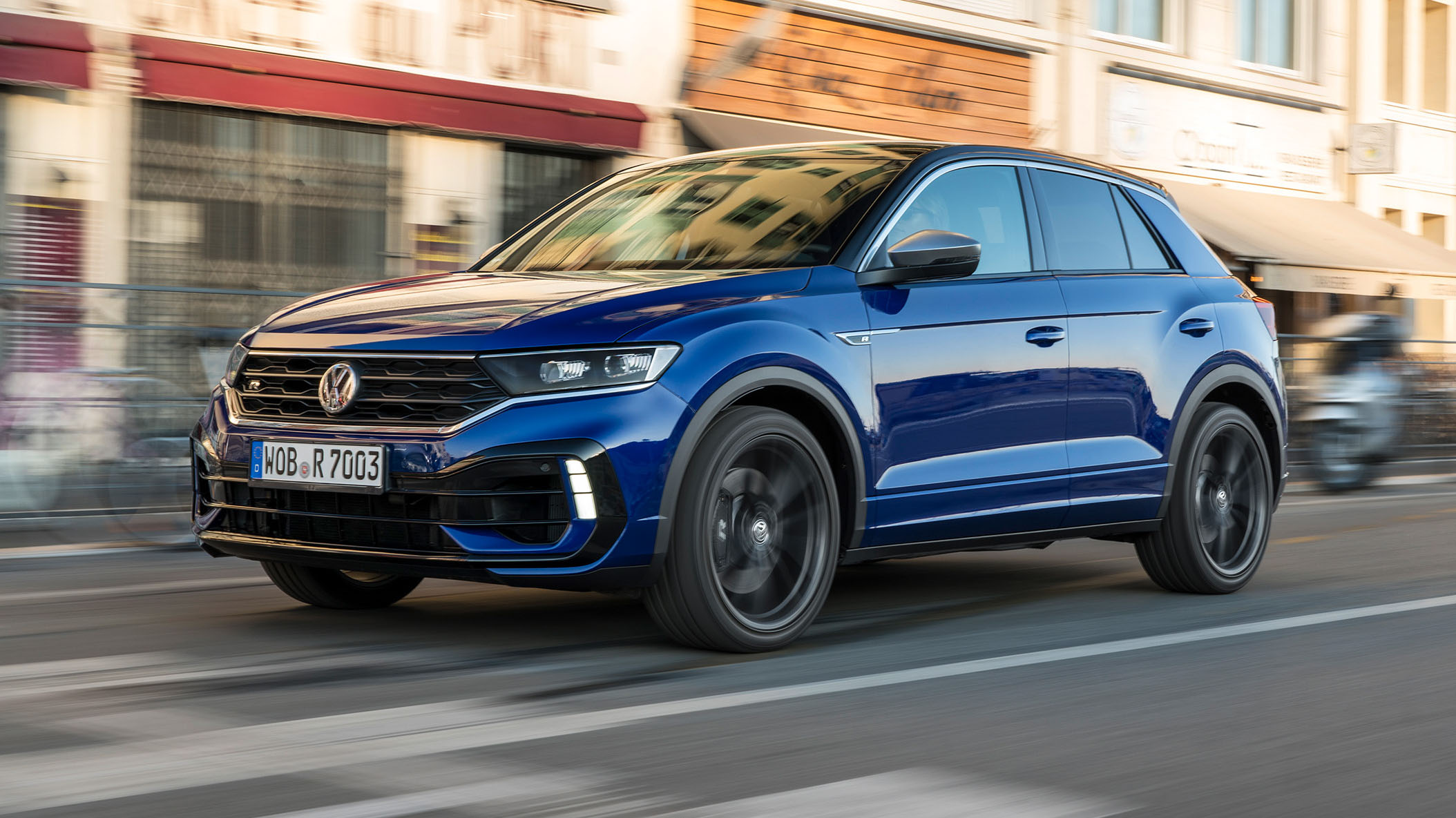 1 / 8
Advertisement
“Golf R-engined crossover drives brilliantly, but you’ll have already made your mind up on the niche”

It’s almost surprising that it took Volkswagen as long as it did to get to this point. The VW Group already has the Cupra Ateca and the Audi SQ2 as fast crossover things, and a quick glance at the headline stats would seem to suggest that all it took to create this new T-Roc R was a transplant of all the important bits from the Golf R.

The engine is the same 2.0-litre turbo producing 296bhp and 295lb ft of torque, the gearbox is the same seven-speed DSG, and the all-wheel drive system is – yep you guessed it – the same 4Motion system as in the Golf R.

It’s likely that the T-Roc R will sell in huge numbers too. The UK still loves a performance car, no matter what shape it comes in, and the standard T-Roc has already broken into the monthly top tens for new car sales as customers clamber for crossovers like stragglers at the bottom of Tough Mudder obstacles. So why has it taken this long for VW to make one? We’ll come to that soon.

The R looks pretty good, though. The bumpers at either end have been slightly redesigned, even from the pretender R-Line models, so there’s a new diffuser at the rear and fresh daytime running lights up front. It’s also 20mm lower than the standard car and the 19-inch ‘Pretoria’ wheels come as standard in the UK. In the flesh it’s a squat little thing, but your opinion will probably depend upon whether you view the sports crossover niche as perfect or pointless.

It’d be fair to say that most of the TG office is yet to drink that particular Kool-Aid so far, but will the T-Roc R start to turn a few heads?

“Golf R-engined crossover drives brilliantly, but you’ll have already made your mind up on the niche”

This is where we come full circle and find out opinions on the fast crossover niche as a whole. Many don’t understand why you would want to make a taller car a performance car. Some love the extra practicality offered by a slightly higher stance (it’s easier to lower kids in to for one) but those people still want something to enjoy when they get the time to drive alone. And others couldn’t care less as long as the fast crossovers and performance SUVs of this world don’t kill off traditional hot hatchbacks.

Whichever camp you reside in, it’d be hard to argue that the VW T-Roc R doesn’t fulfil its brief.

It’s an extremely confident, quick and grippy thing, although the noise and clinical interior might make it difficult to fall in love with. The Golf R is a cooler car, and the Golf R estate is infinitely cooler still, but if you’ve really got your heart set on a crossover then the T-Roc R should make any shortlist.

Nope, we didn’t expect that result either.