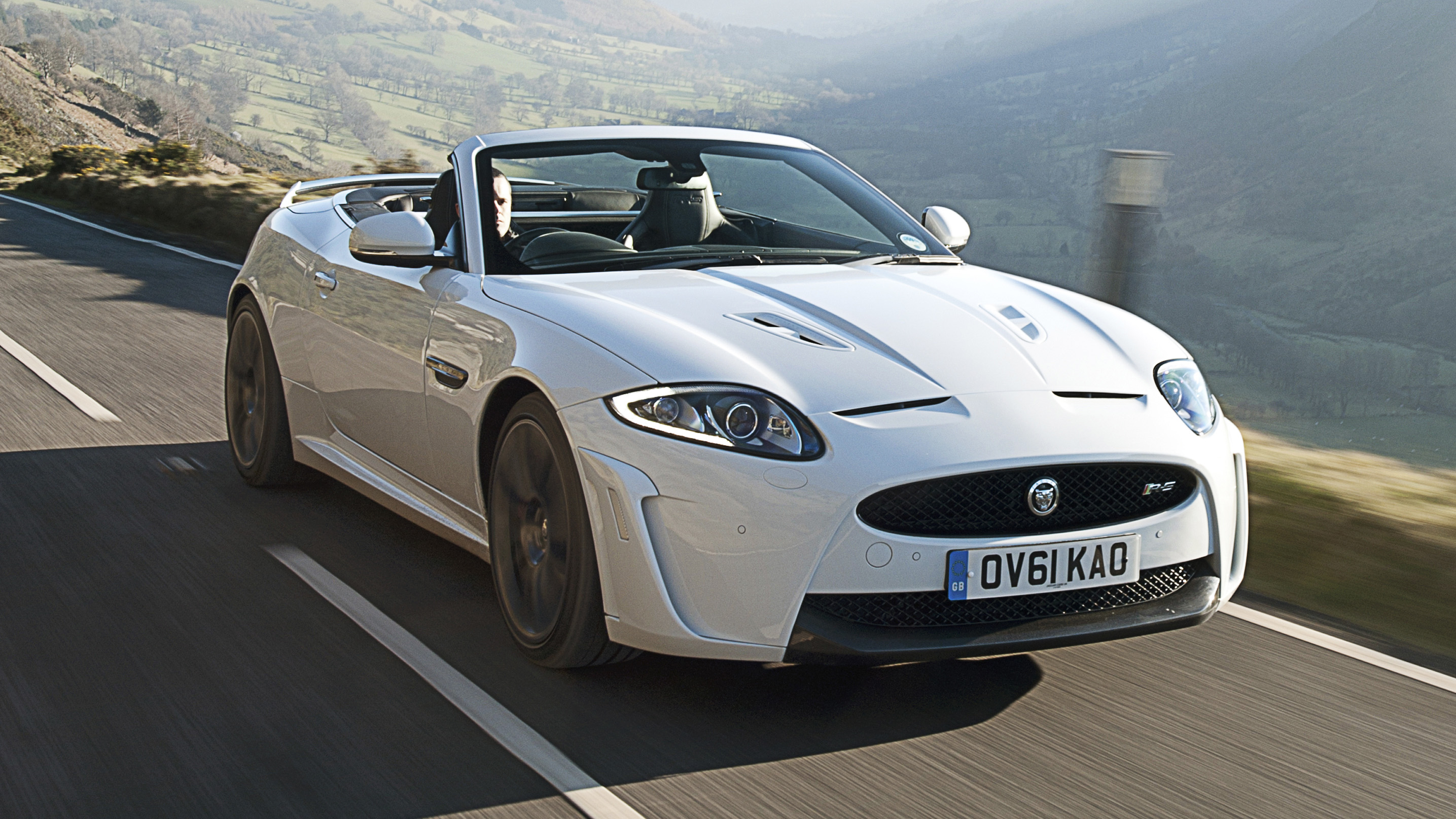 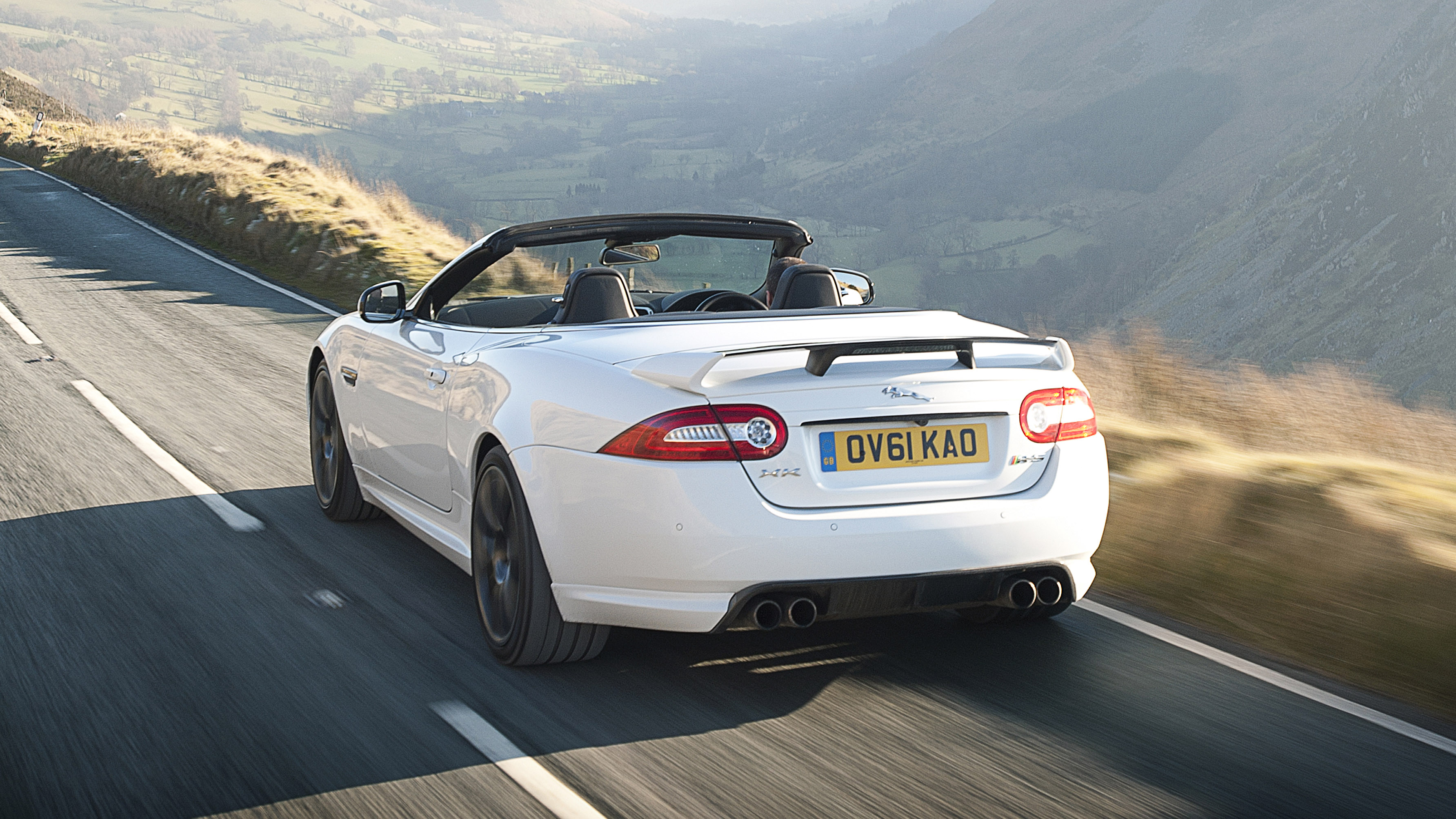 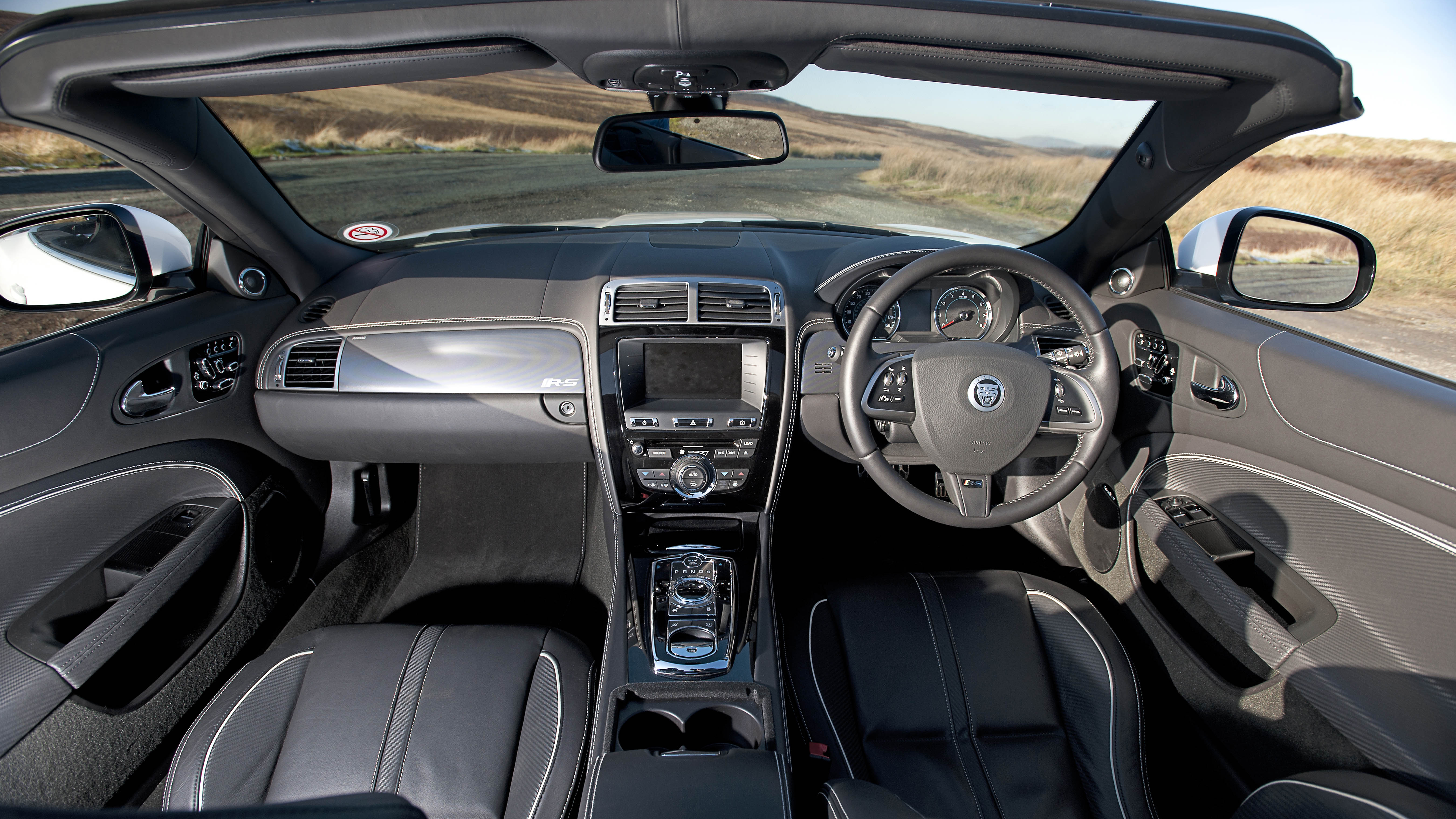 People will look. Some will stare and purse their lips in a little moue of approbation at the thought of driving a cabriolet in minus temperatures with the roof down and your head whistling in the ear-crisping breeze. But that's why heated seats were invented. Your head might turn blue and fall off, but, believe me, once you've sampled the Jaguar XKR-S Convertible's supercharged 5.0-litre V8 at full throttle with nothing between your bright-red ears and that bellowing Performance Active exhaust, you might never put the roof up again.

I know. You've probably read lots of hyperbole about epic-sounding cars, but this one's a bit special. A proper sonic storyboard that reaches from an aggressive bark on start-up, through a chocolatey V8 purr at idle, a manic - and almost laughably loud - metallic roar through the gears and finally to a little set of fireworkish bangs when you eventually lift off the throttle pedal. If ever there was a car that promotes unnecessary acceleration, this is it. We have a metal wall in the Top Gear office car park; I kept reverse parking, just so that I could start it up in a confined space, and then giggle like a man-shaped Muttley. Noise. Worth 10mph in anyone's money, right?

Of course, there's more to the XKR-S than just the sound, but the basics are as per the coupe. Up front is a 542bhp V8 fed by a Roots-type supercharger and driving the rear wheels. The 'charger makes for clean and easy power, but also for a roundhouse of torque, delivered low in the rev-range and hard into the kidneys: 502lb ft drops into your lap from 2,500rpm and sticks around until 5,500rpm. The result is that you've always got punch to spare, especially in real-world overtaking; the way this car will dispose of 50 to 80mph is easily into supercar territory. More than enough mouth to match the metaphorical trousers, in other words.

Controlling it all is a proper overhaul of the XKR's suspension - again, exactly the same as the Coupe. The XKR-S gets revised springs, dampers and front knuckles, an uprated and more aggressive Active Differential, a tweaked Adaptive Dynamics set-up and a ride-height drop of 10mm. It rides on 20-inch wheels and does pretty damn well on them, too - Jaguar seems to have nailed the compromise between ride comfort and control, meaning that schlepping about in the XKR-S Cab is no chore at all. Body flex is well-controlled, and the Cab feels no worse than its fixed-head brother down a bumpy motorway. After 200 miles, I was pretty much ready for 200 more - no mean feat. 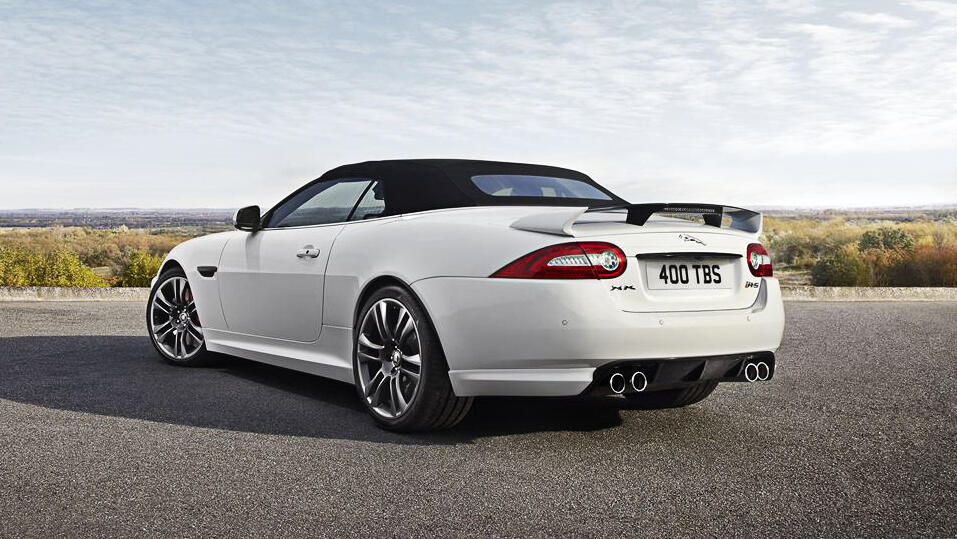 On the outside, you get the usual more aggressive visual package, which comprises a unique front bumper with floaty buttress-type things, carbon splitter, lower side sills, rear wing with a carbon slab in the middle, and a rear apron with carbon diffuser. On top is a canvas electric hood that stows neatly away in around 20 seconds from a one-touch button on the header rail. Slap in the wind deflector over the back seats (yes, it's four seats, but they have to be children you have no emotional attachment to, because they'll be broken when you retrieve them), and you're good to go. It looks great, hood up or down, and you soon fall for its ability to cover bases, even if the hood is a bit noisy when raised on the motorway, and boot volume is a bit hampered by the roof mechanism.

As always, there's a ‘but'. You will at some point hit the back lanes and realise not all is rosy in the Land of the V8 Cabrio. Just because the XKR-S feels easy to drive and looks fairly innocuous, that engine and drivetrain is still capable of a solid punch to the head. You can put a sledgehammer in a velvet bag, but it's still a sledgehammer. And when you kick the XKR-S, even with the DSC switched on, it gives every impression that it will quite happily take your hand off at the wrist.

One of the problems is that the steering is way, way too light. The car dives at apexes and never really loads up, meaning you're never - quite - sure of what the front wheels are up to. A characteristic that edges perniciously away at your confidence, nibbling away at your sense of security. The engine is also so endlessly torquey that you can find yourself with traction issues at quite surprising moments. When you pull smartly out of a junction, be easy on the throttle, or you'll find yourself hamstrung by a blinky little traction control light, or leaving everywhere in an amusing but ultimately antisocial flurry of wheelspin and tyre smoke. Completely floor it at 50mph in the wet and you'd better have the DSC engaged, because the XKR-S will spin its wheels quite happily. And the fact that you've got the roof down will allow everyone to see the face you pull when the back end lets go, a foot from a 32-tonne trailer on the A1. Just FYI, it's a bit like terrified constipation.

Of course, I'm a big fan of silly cars with too much power and slightly toothy road manners. Which means I'm a big fan of the XKR-S Convertible. But there's a nagging tug of thought that says if you want a daft-fast XK Convertible, most would be perfectly happy with a stock 505bhp XKR drop-top for £85k. And if you want proper hardcore XK action, then you'd be better off with the XKR-S Coupe. But if you did buy an XKR-S Convertible, I can see exactly why you'd drive around with the roof permanently stowed. And I'd smile and wave and cheer you on. And if your head's too cold, well, that's why we invented hats.