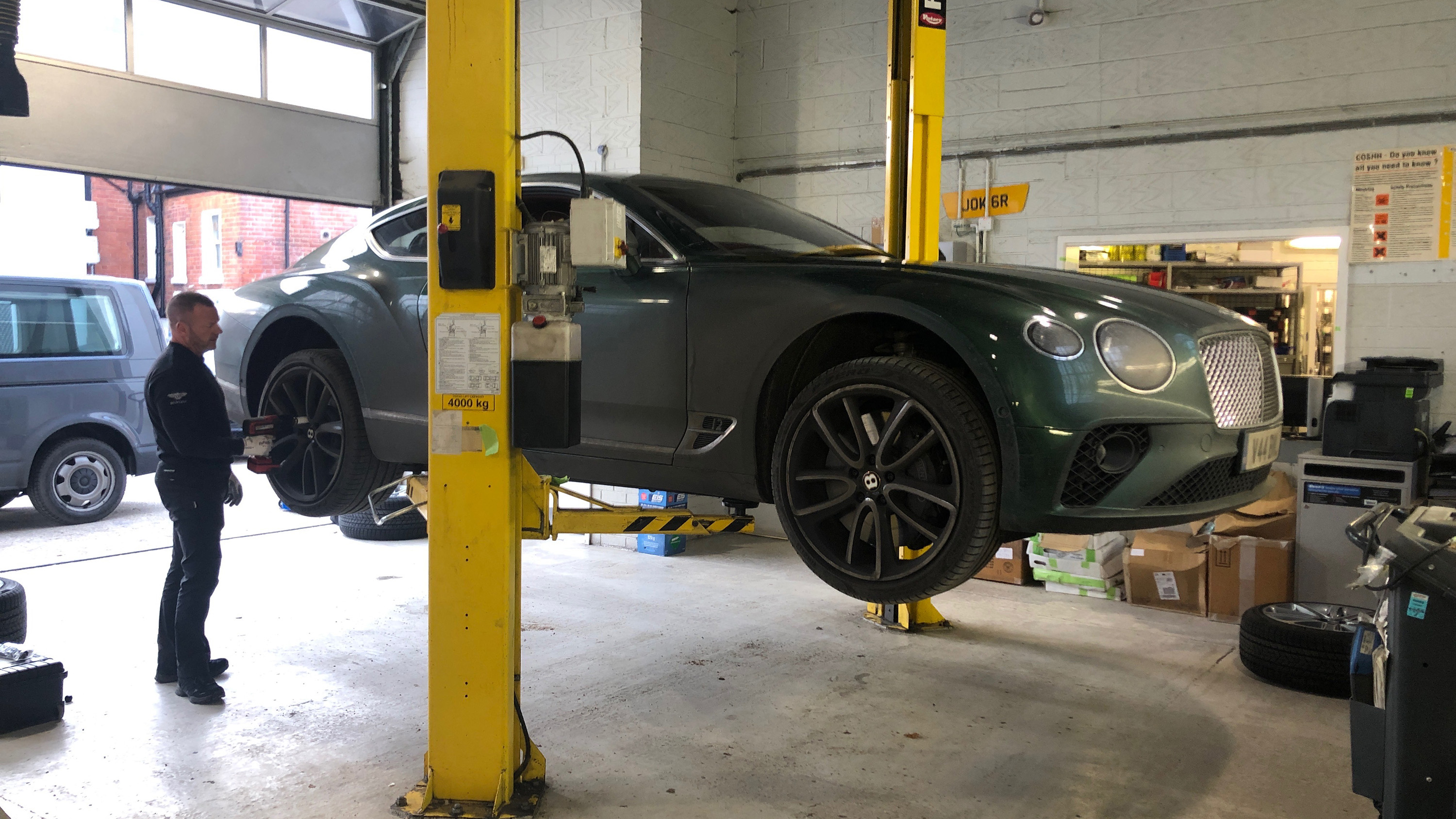 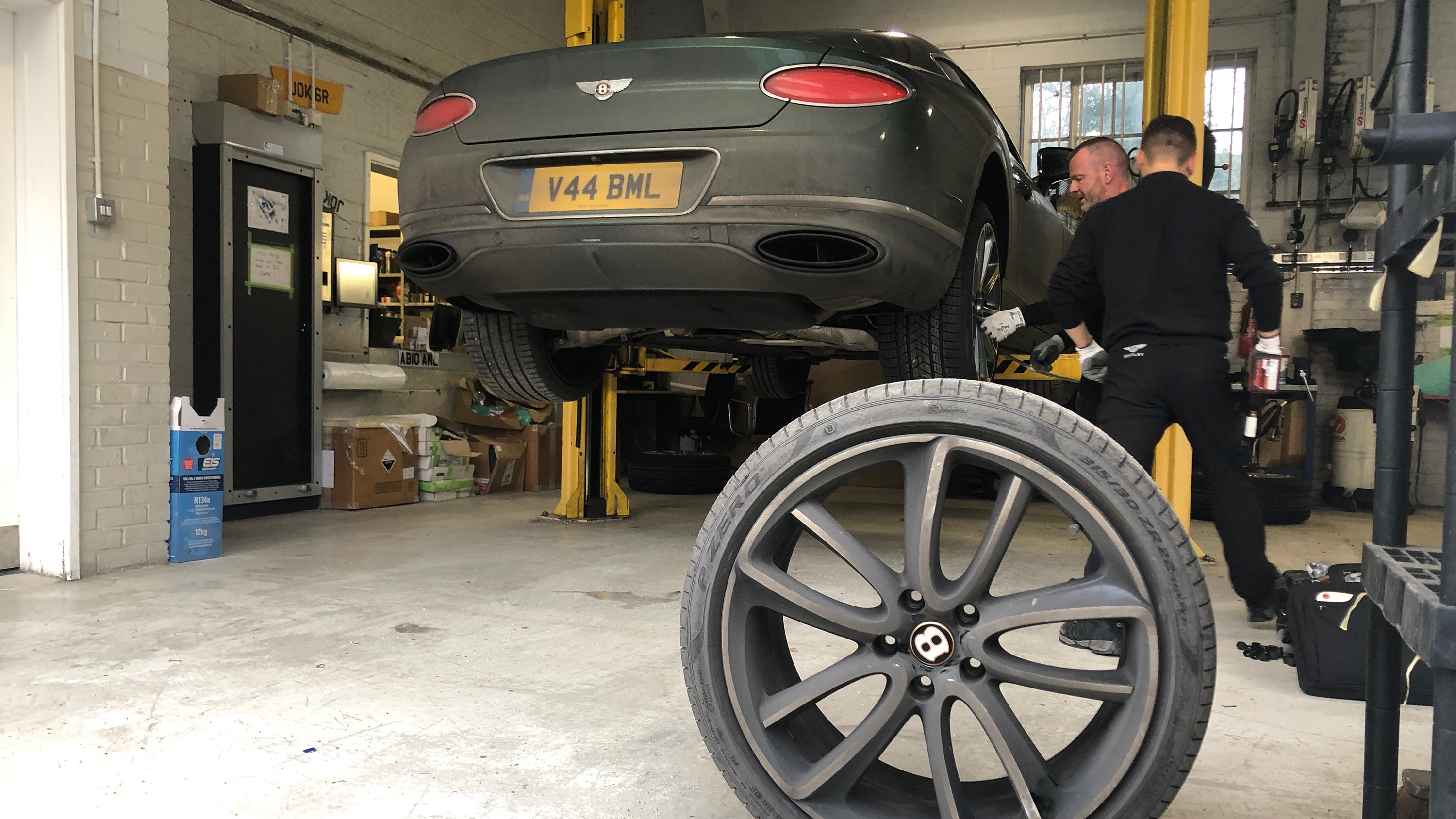 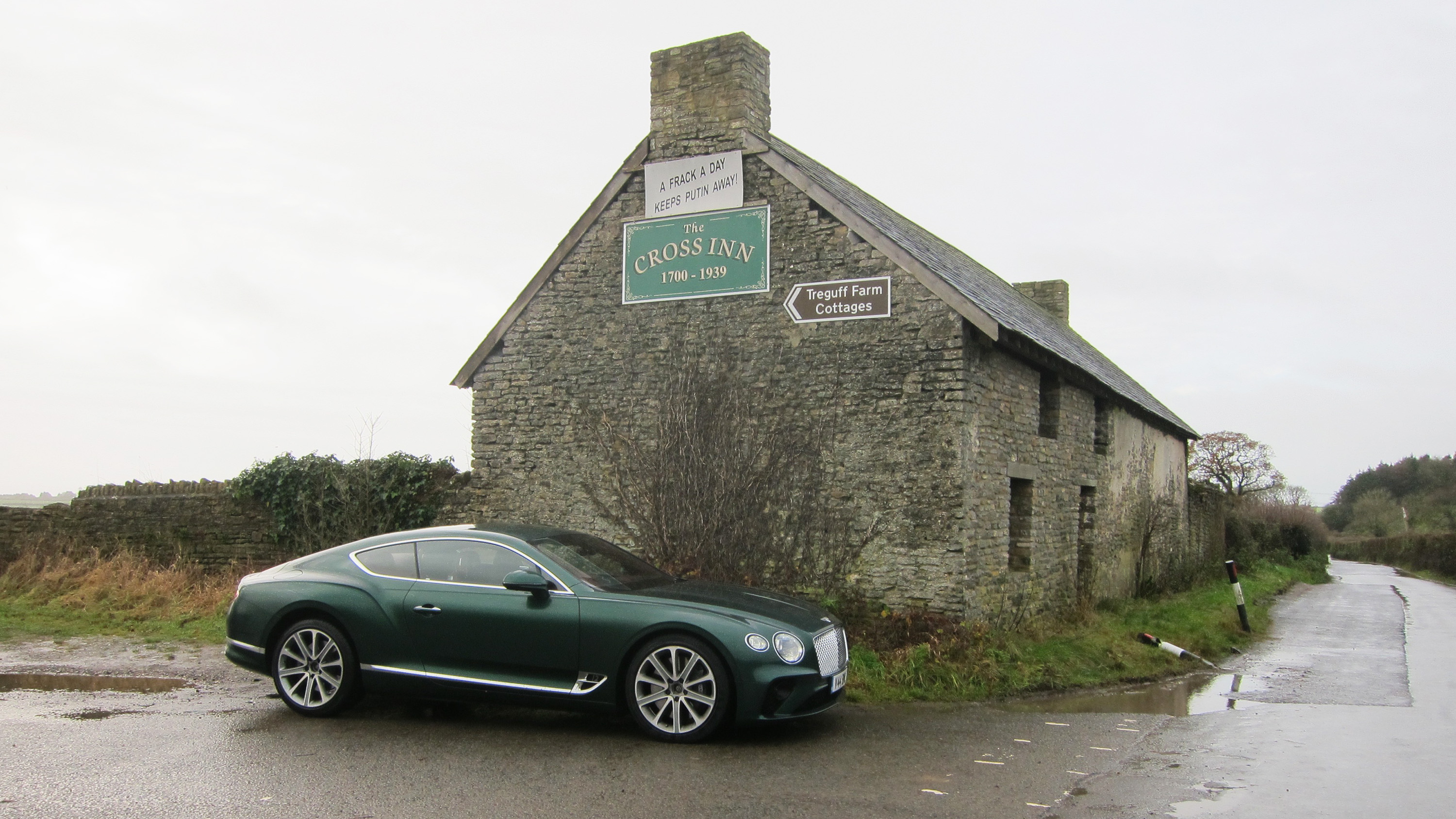 Glitch in the matrix

Some glitches in Bentley land. So minor are they that if this had been any other car, I probably wouldn’t be mentioning them. But this is a £200,000 Continental GT. Small stuff matters.

So here is what was wrong with it. One of the air vent pulls was a bit stiff. The trim strip where the dash meets the driver’s door wasn’t absolutely perfectly micro-aligned. My drive is on a slight angle and the door wouldn’t remain open where I left it. The tyre pressure sensors kept bonging, even when one tyre was only a single psi down on the others.

I took a radical approach to fixing the tyre pressure issue. New wheels and tyres. This was overkill of course, but the ulterior motive was winterising the Conti. So out went the Pirelli P Zeros and in came a set of Pirelli Sotto Zeros on inch smaller rims wearing 1cm-narrower tyres. They’re ridiculously expensive. 22-inch summer tyres are common enough (yes, really) that the 275-width front tyres come in at around the £230 mark each (the 315/35 rears are about £280 apiece). Shop around and you should get all four for a grand. Which, even if you’re a Bentley owner, must sting.

But 21-inch winters? Not much call for them yet. Bentley supplied these, but the best deal I found online was the fronts for £330, the rears for £428 – a total bill of £1500. And that’s without the extra set of wheels. Running a Bentley, you’ll be amazed to learn, is not cheap. Something to bear in mind if you’re tempted by a used £25k first-gen Conti GT.

The tyre switch was carried out at the dealership I picked the car up from when it arrived last October, Bentley Pangbourne. Each individual wheel is so heavy the fitters have to use a special hydraulic lift to raise them into position. This didn’t surprise me – the main dynamic issue I have with the Conti GT is that it doesn’t control its unsprung weight as well as it should – i.e. wheel kickback when it hits a pothole can shake the chassis, rather like the tail wagging the dog.

Fixing the air vent requires the removal of the whole top of the console. Quite an involved job. Anyway, behind the visible bit of the push/pull organ stop vent control, there’s a complex mechanism. And at the bottom of it the rubber seal had split and ridden up the shaft (honestly, I don’t mean this to sound heavily pornographic). It was basically a 10p fix. Just a bit more on these stoppers though. They’re an iconic Bentley feature, but the finish that’s applied to them means they feel plastic. And you can unscrew them and remove them, which doesn’t seem right. If you do their weight proves they’re metal – they just don’t feel like it.

Moving on to door alignment and retention. This was a simple tweak. The door itself is designed to be adjusted for just such a reason and often it comes down to viewing angle. What looks bang on to the people on the production line might not look quite right when seen from a particular driver’s viewpoint. I needed the door shunted up half a millimetre and in about the same amount. And the strut that stops the door swinging open was simply tightened up a bit. It now takes a hint more effort to open, but doesn’t keep on swinging when I stop pushing.

So all fine and dandy? All those issues were fixed and haven’t reoccurred, but two things still twist my melons on a daily basis. Further investigation suggests it really is the car’s insulation which undoes Apple Carplay. If I put the phone up on the dash, navigation works. But the phone slides off immediately. If I store it in the very handy pocket on the side of the centre console, it’s far more intermittent.

Can’t do much about that. The second one is the gearbox. Leaving aside the reasoning behind switching the Conti GT to a twin-clutch gearbox instead of an arguably better suited automatic, every so often – about two or three times on each journey – it botches a shift. It just seems to catch the edge of a gear, or stutter a little. I think it’s a question of software calibration. It’s the only thing about the powertrain that’s less than utterly dignified.