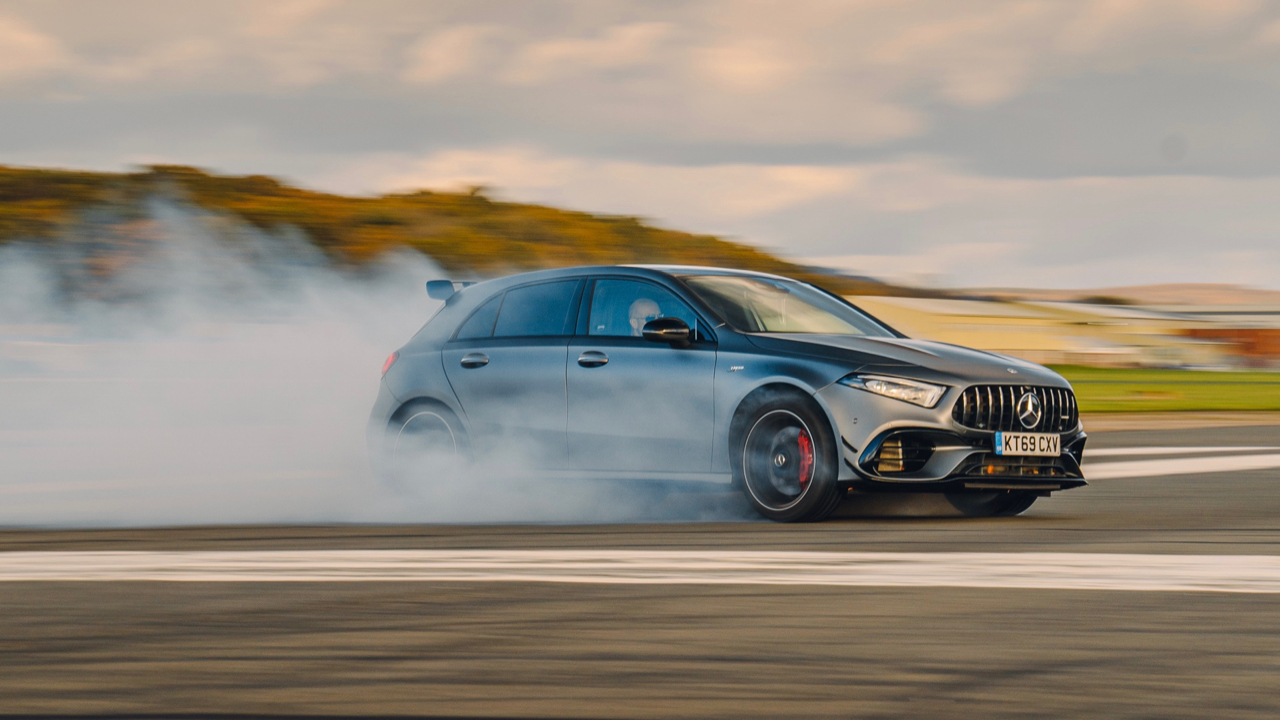 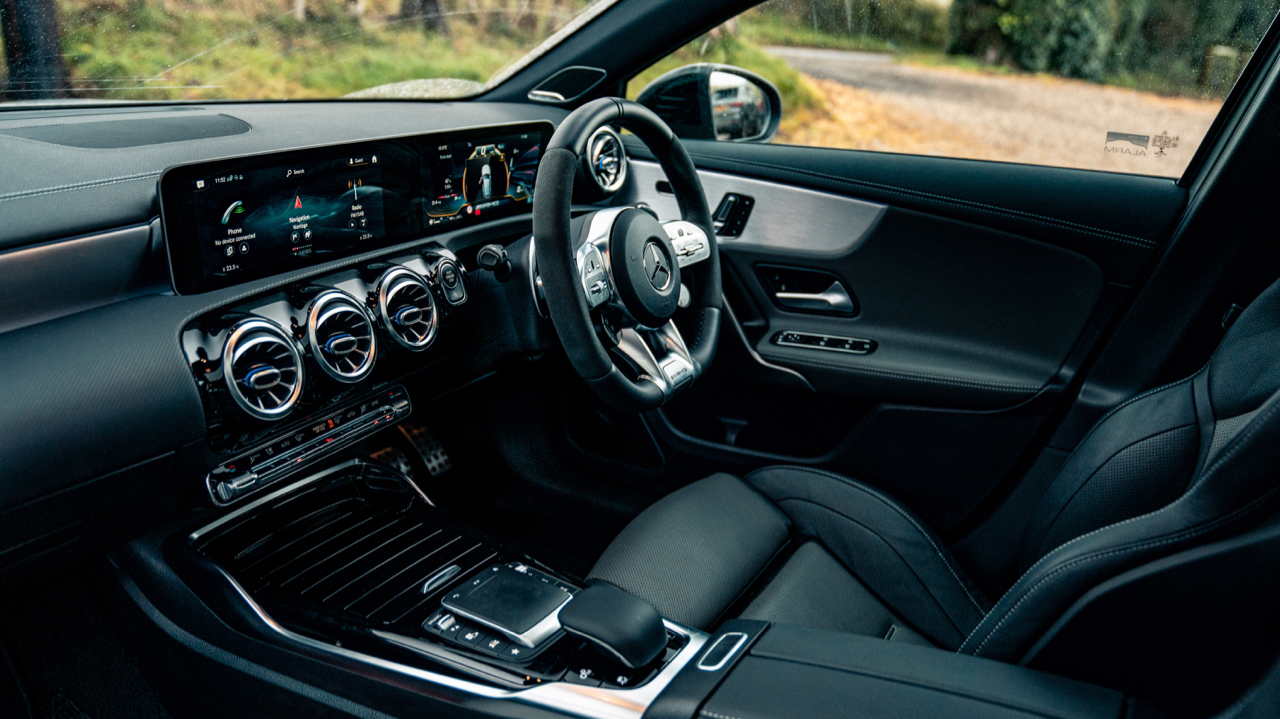 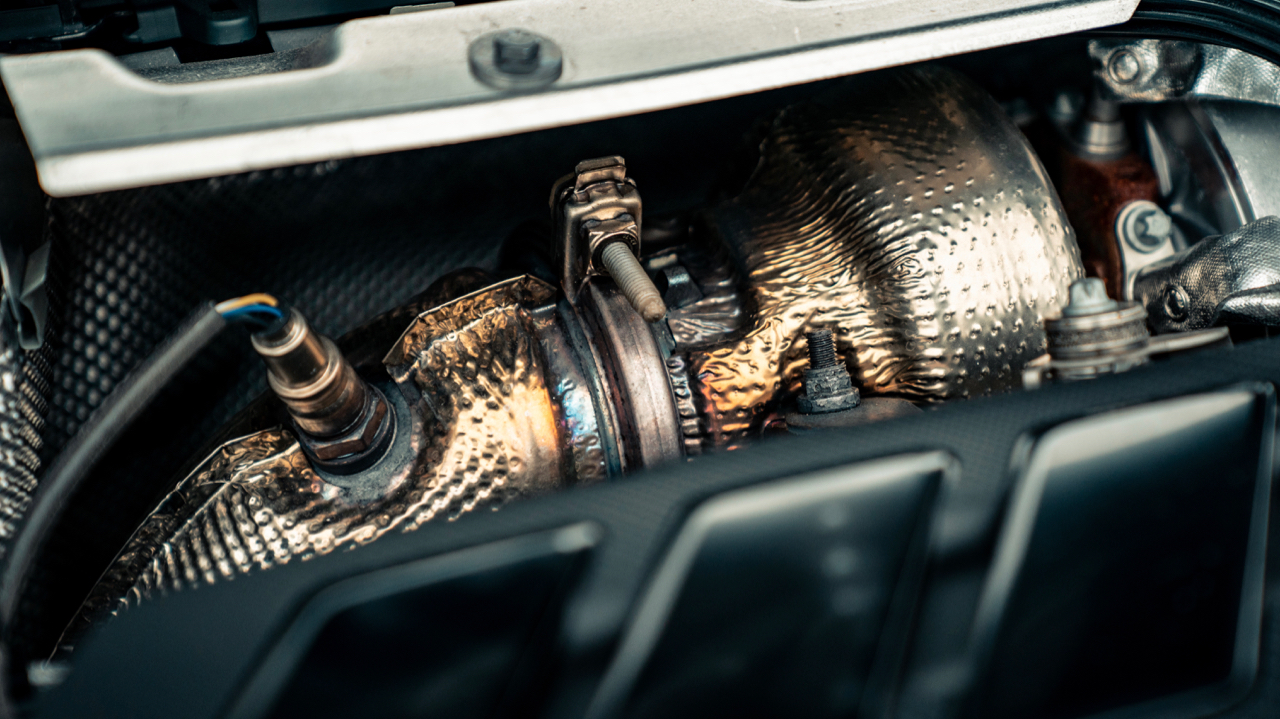 What to make of this then, the £56,000 hot hatch? After eight months and not-quite-as-many-miles-as-normal, I’m rather taken with it. Not blown away, but boy have I come along way since month one when I couldn’t find the lumbar controls and couldn’t much see the point.

The important thing to remember is that it’s not a hot hatch. Oh sure, the template (five doors, four cylinders, one turbo, four driven wheels) is spot on, but the effort Merc has put in takes the A45 beyond the class boundaries. It’s the technology, the interaction of electronics with mechanics, the quality and jewellery of the cabin, the sophistication. It’s multi-faceted in a way other hot hatches – even the blunter, plainer Audi RS3 – just aren’t.

I’d come to it from another Audi, the RS6, a car double the price of the A45 and yet no better built, equipped or designed and, really, not much faster. Just bigger. Less wieldy. That’s not having a pop at the RS6, so much as highlighting how good Merc has been distilling the essence of AMG into a smaller package. No, it doesn’t have a V8, but nor will the next C63. That will likely get this new four cylinder. Charisma takes a down-turn, we know.

But now compare this with any other four cylinder. It hits harder, it’s more responsive, it sounds good: dense, fizzy and urgent, it likes to rev (peak torque doesn’t arrive until 5,000rpm), and when you back off it’s economical. 160bhp and 300kg more than the GR Yaris, yet it’ll do 35mpg at a cruise, while the little Toyota struggles to hit 30mpg. At the other end of the scale, 16mpg after the Dunsfold hot hatch test a few months back. It’s worth knowing that the engine has to work hard to get up to temperature quickly, so the first ten miles of any journey are always heavy on fuel. A tank of short hops is going to average out at about 22mpg. It’s viceless, this engine and that’s astonishing for 1991cc developing 415bhp and 369lb ft.

It’s fearsomely complex throughout – that engine needs three water pumps to keep it cool, one of them exclusively for the turbo, which runs such heat and pressure it’s also chilled by air and oil. There’s an eight-speed multi-clutch gearbox, an electronically controlled clutch for each rear wheel as well as a mechanical slippy diff up front.

It’s a hell of a package, matched in its fiendish complexity by the cabin. I was baffled to start with. It was only once I’d discovered the Super Sport screen layout with its central rev counter and flanking info, and got to grips with the rotary drive selector, that I could relax. But listen Merc: Too Many Options. For screen layouts, ambient lighting, colour schemes, settings. And no, secondary seat controls should not be in a screen menu. I’m sure it saves you money, but that’s just daft.

So it took a month or three to suss the A45 out and get to a stage where I felt relaxed when I got into the car each day, not vexed at being unable to find my way around. Because then I could enjoy it. It’s an intriguing car to drive, rather than a flat-out riot. That mechanical complexity shines though, so compared to something that behaves more naturally – the GR Yaris is a good example – the A45 is less predictable. Tread on it coming out of a corner and it tries to behave like an AMG, sending all available power to the rear wheels. But because it’s four wheel drive and electronically governed and has sensors everywhere it feels slightly artificial. You get used to it, and I have a suspicion that come the facelift, AMG will have done quite a bit of calibration work to improve this, but I found myself having to juggle the steering and throttle because it felt a bit wayward, would torque steer from the rear coming out of corners. Compact and easy to see out of, it was shockingly fast across country.

It didn’t help that the suspension needs better ride control. It’s firm alright, but there’s a hint of initial slack that robs the steering of confidence at turn-in as the car starts to roll. But I needed the adaptive dampers in Sport rather than Comfort for the necessary control to keep this angry little missile pointing the right direction. Over time I mostly adapted to its tearaway nature, forgave the flaws as they did inject some – admittedly artificial – character.

So the biggest issue for me wasn’t the handling, but the refinement. I could forgive the ride (just), the firm seats (easily), but the road noise… it’s considerable and, in making the cabin feel tinny, undoes the impression of quality. Other issues? The plastic rear spoiler that rattled cheaply every time the boot was closed. The leather could have been richer and more softly textured. The Burmester hifi isn’t a patch on those fitted in pricier Mercs.

Looking back across my time with the A45, I have an impression of depth. It contained hidden secrets. I liked the fact it had Race mode, Drift mode and Launch Control, I eventually got on with the steering wheel thumb controls and every time I got in the A45 I knew it would be eager to show what it could do. And it looked great. Low slung, good stance, wheels and arches in proportion, grille and lights with just the right hint of aggression. Those that knew what it was, loved it. For those that didn’t, it was stealthy enough in its £1,795 Mountain Grey Magno paint not to offend.

Does it have rivals? Well, two months ago we drove this, Rowan’s Toyota GR Supra and Ollie K’s BMW M440i together. Of those three this is the one I’d have. The question gets trickier if you start factoring in more driver focused stuff. I’d have a BMW M2 over the A45 because I value the purity of driver interaction. Probably a Porsche Cayman too if I thought I could get away with the lack of space (I’d sooner have an Alpine A110, though). What about a Golf R for £15k less? Tempting, but surely too plain and boring alongside the A45. Can be had on finance for a lot less than £600 per month though.

It is an expensive car, the A45. But if you’re upgrading from a regular hot hatch, need a more practical fast car than a coupe or possibly downgrading from a super saloon or estate, I think you’d come to the A45 and find it fulfils a lot of what you need. When it arrived I wanted shot of it, when it left I still had more to learn from it.