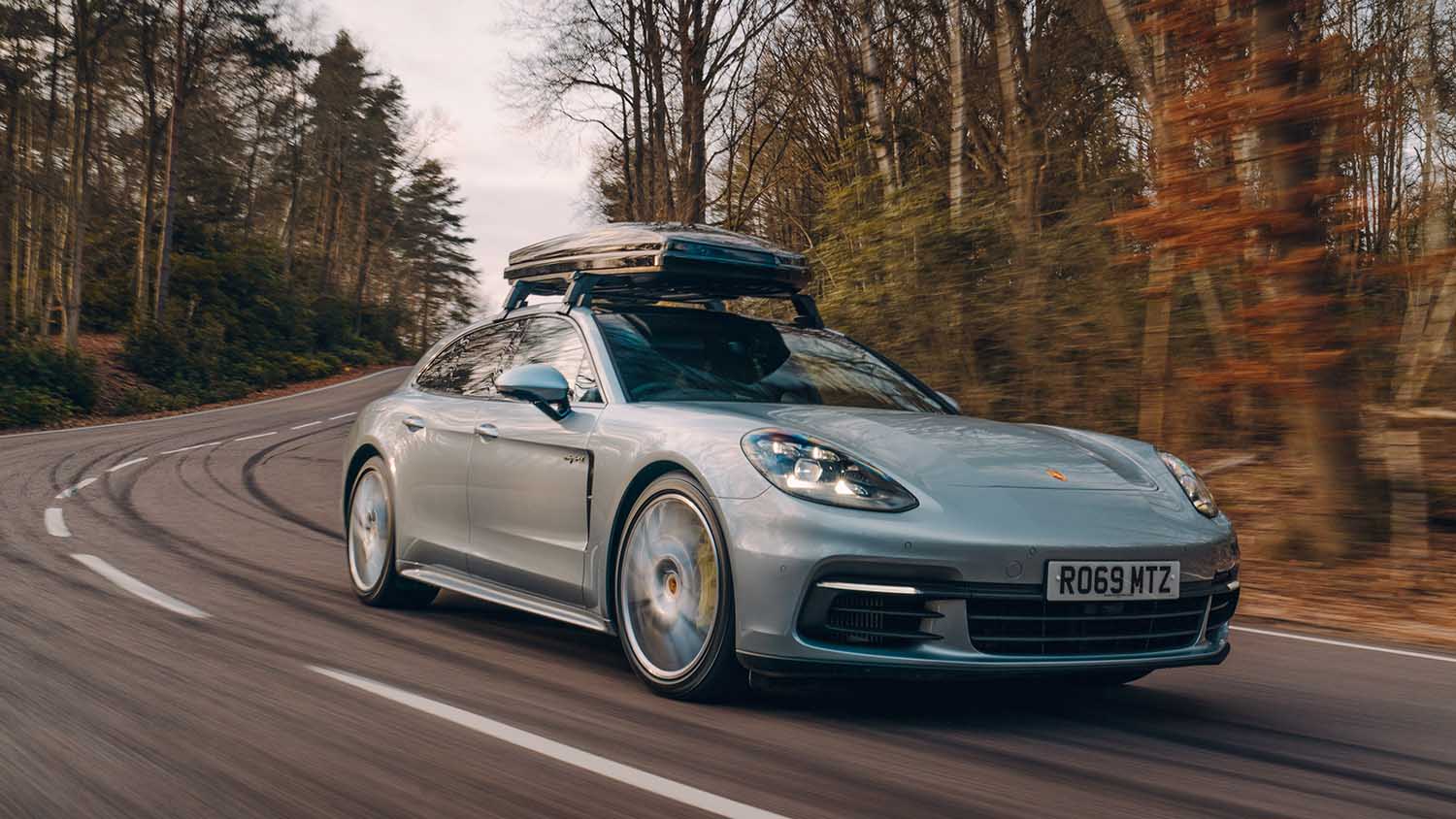 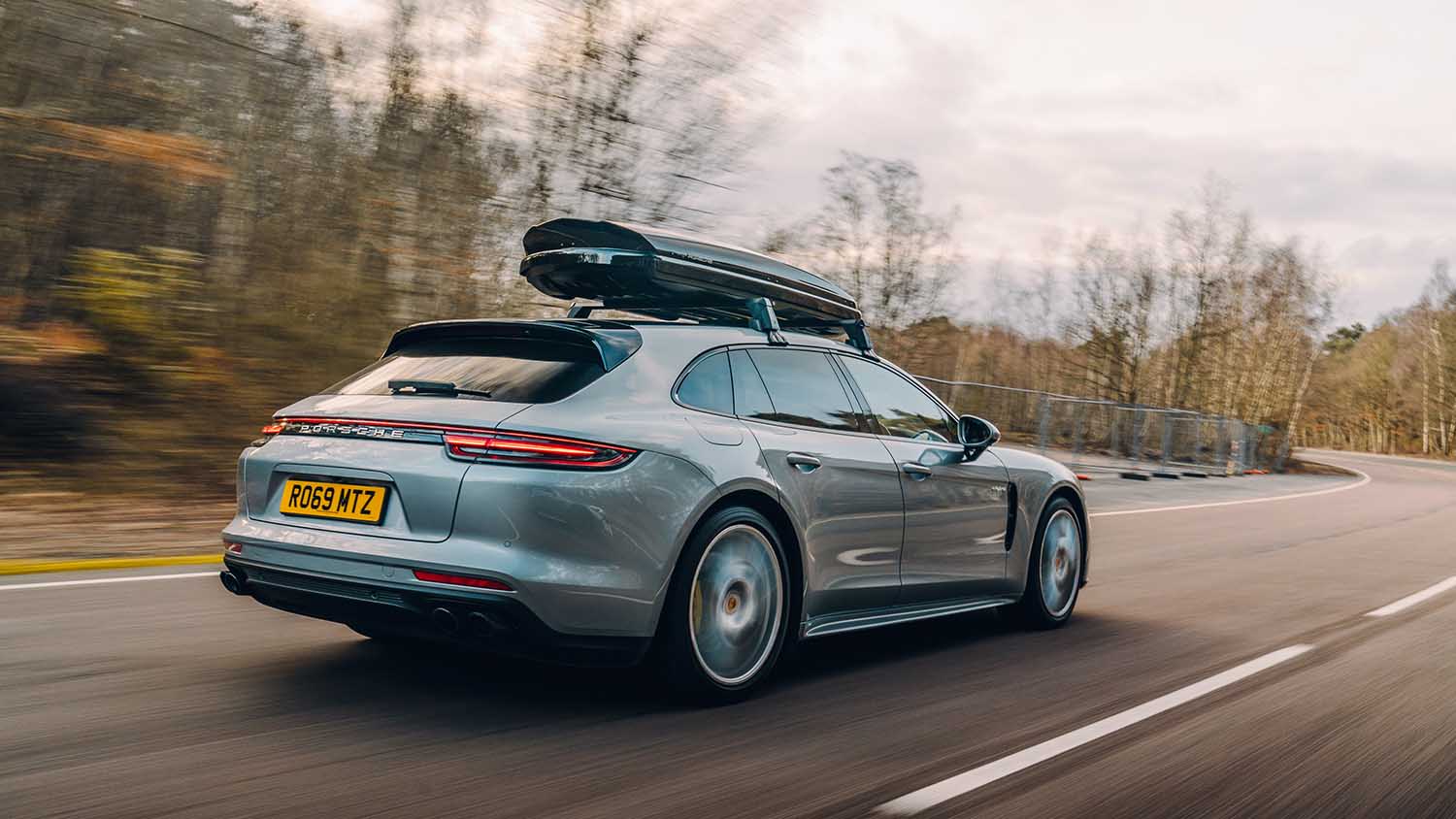 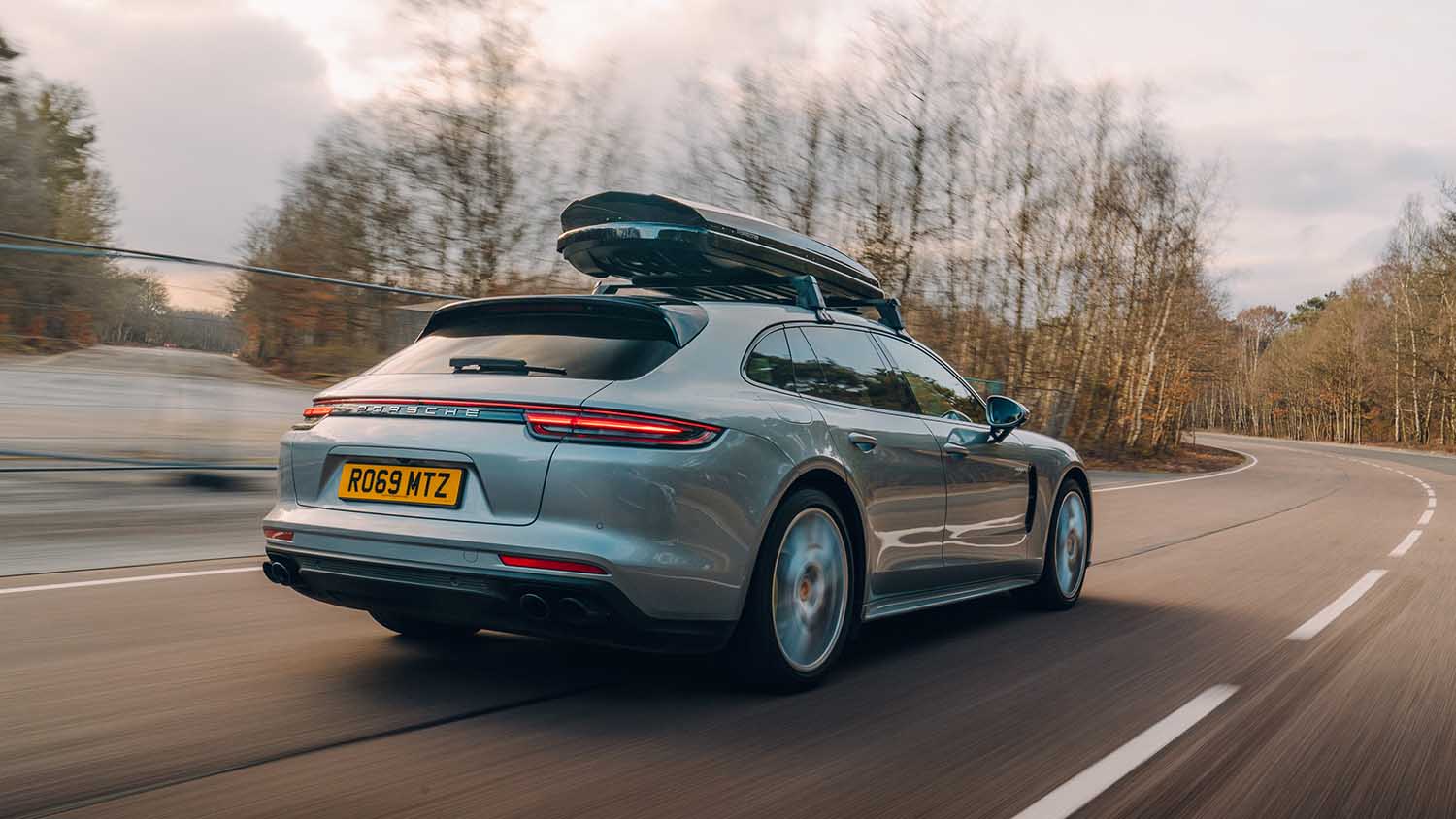 Turning our Panamera Turismo into a winter weapon

One of the Panamera e-Hybrid’s most attractive qualities, on paper, is its long-range cruising ability. With a full 80 litre tank of petrol and fully charged 14 kWh battery you have a combined range of 400 miles fairly guilt-free miles.

Combine that with a ride quality that is utterly sublime (how do they do that, on such big wheels?), packaging that makes it an incredibly comfortable place for four fully grown humans to spend time and cover distance, and when the annual ski holiday beckoned, a road trip felt like a far better idea than yet another day spent battling the irritation and inconvenience of air travel.

Before I loaded up the Panamera and aimed it south, it was time to get it winter weaponized. Fortunately Porsche has any amount of own brand accessories to make your car even more cold-weather capable, but because it’s Porsche they aren’t called accessories, they are ‘Tequipment’. Because Germany.

Despite providing acres of space for the four occupants, the Panamera also boasts a 425 litre boot compartment, which expands to 1,295 litres with the seats folded flat. But having been tasked with delivering two families' luggage down to the snowy slopes, it seemed sensible to expand the Panamera’s storage with the addition of the official Roof Transport System (basically, posh roof bars) for £355, and a 320-litre roofbox, for a sizeable £720.

Mind you, this is no ordinary roofbox. It’s the work of Porsche Design and tested to a v-max of 110mph (empty), it adds both practicality and a certain understated intent to the Panamera.

With that bolted to the roof, I needed to sort the tyres. The Panamera has been providing jaw dropping grip levels on the standard Pirelli P-Zero, but with snow hopefully on the horizon we’ve swapped the 21-inch high gloss Sport Turismo wheels to some silver 22-inch Sport Turismo wheels fitted with Pirelli Sotto Zeros. The winter configuration drops the rear widths down an inch so we’re now running 275/35 R21s at the front and 315/30 R21s at the rear. Total cost for the tyres and wheels is £4,614. But what price sure-footed traction and braking in a 2.2-tonne super-barge?

If I’m honest I think that the big Porsche needs the darker wheels to help its stance. But I’m sure a few 1,000 miles will help tarnish them a bit and the new rubber will be appreciated when the snow arrives.

With the Panamera winter-prepped, the first thing you notice is the inevitable noise from the roofbox. No matter how cleverly designed it is, it still creates a mass of turbulent air and has dropped the efficiency of the Panamera. We tested it at Chobham test circuit and it was still very happily attached at 120mph, though. That may have had something to do with the falling economy. Still, better than Porsche’s claimed top-speed!

The winter tyres have already made a positive impression despite the lack of snow in the UK. With the sugar beet harvest currently at full speed in the country the filthy country roads are slick with mud, which freezes and turns to brown ice overnight. The confidence you get from the combination of the Panamera’s AWD system and the cold-weather tyres is truly inspiring. Time to go find some snow...