ADVERTISEMENT FEATURE by Audi
What is an advertisement feature?
Skip 5 photos in the image carousel and continue reading 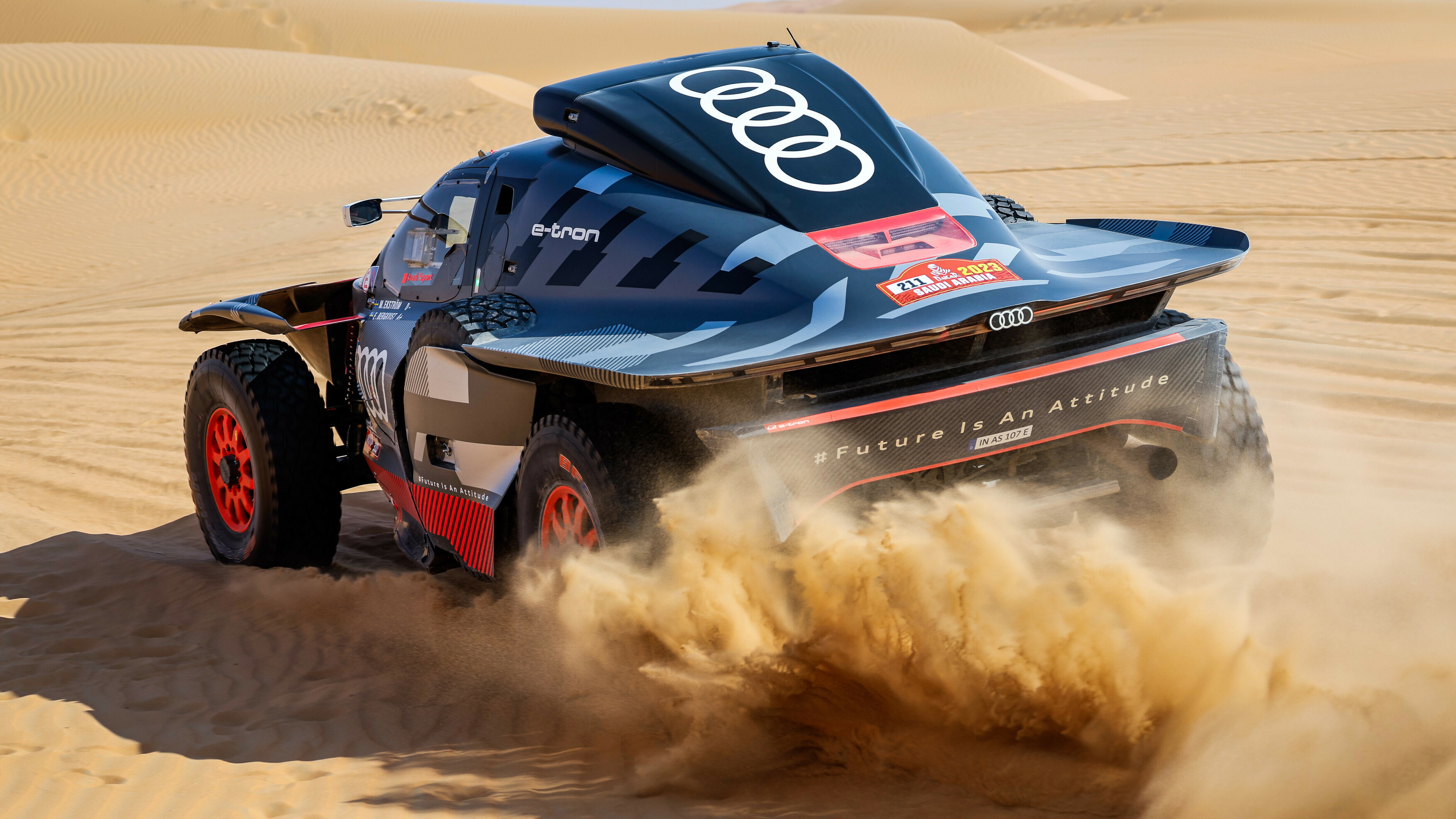 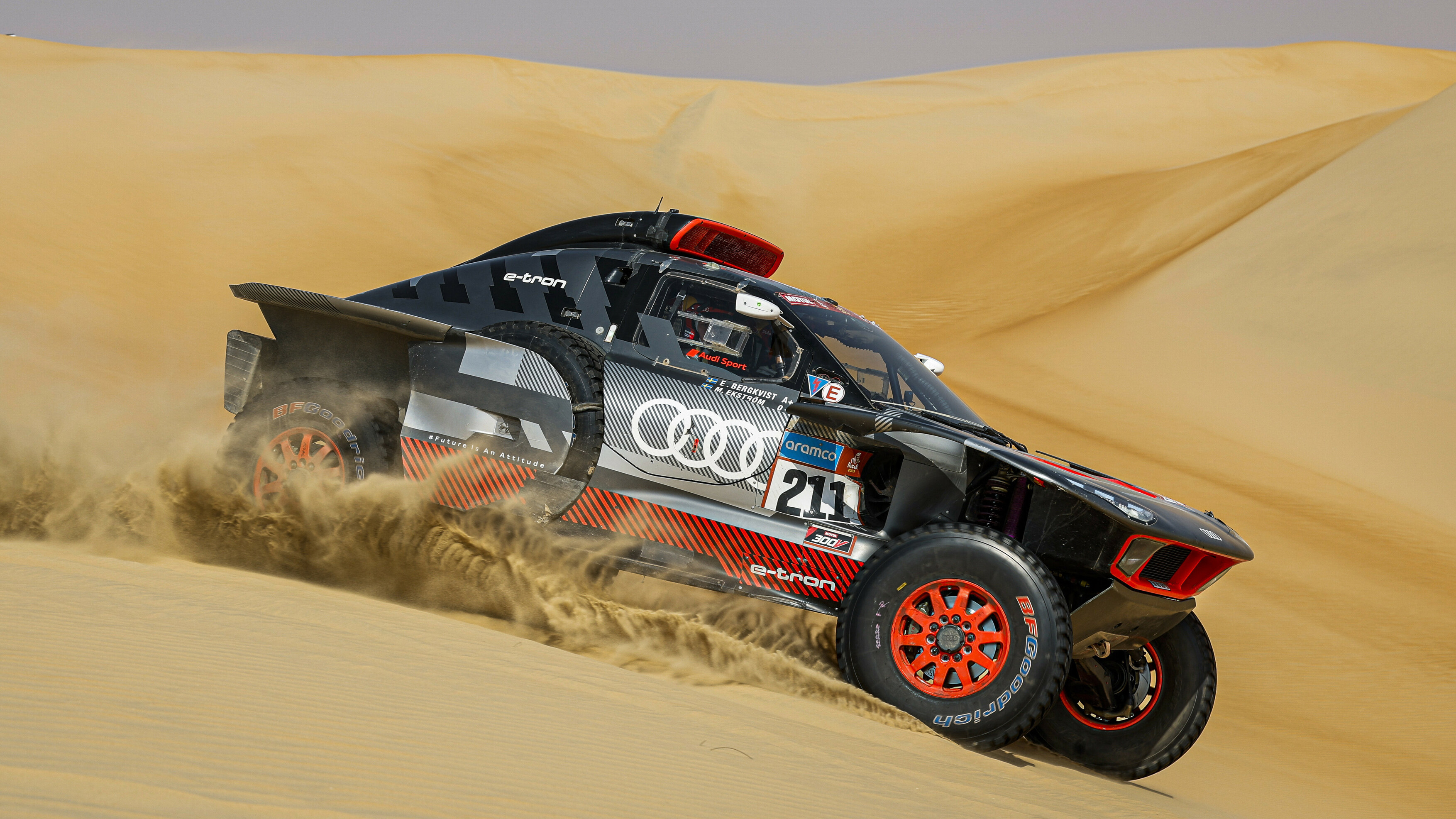 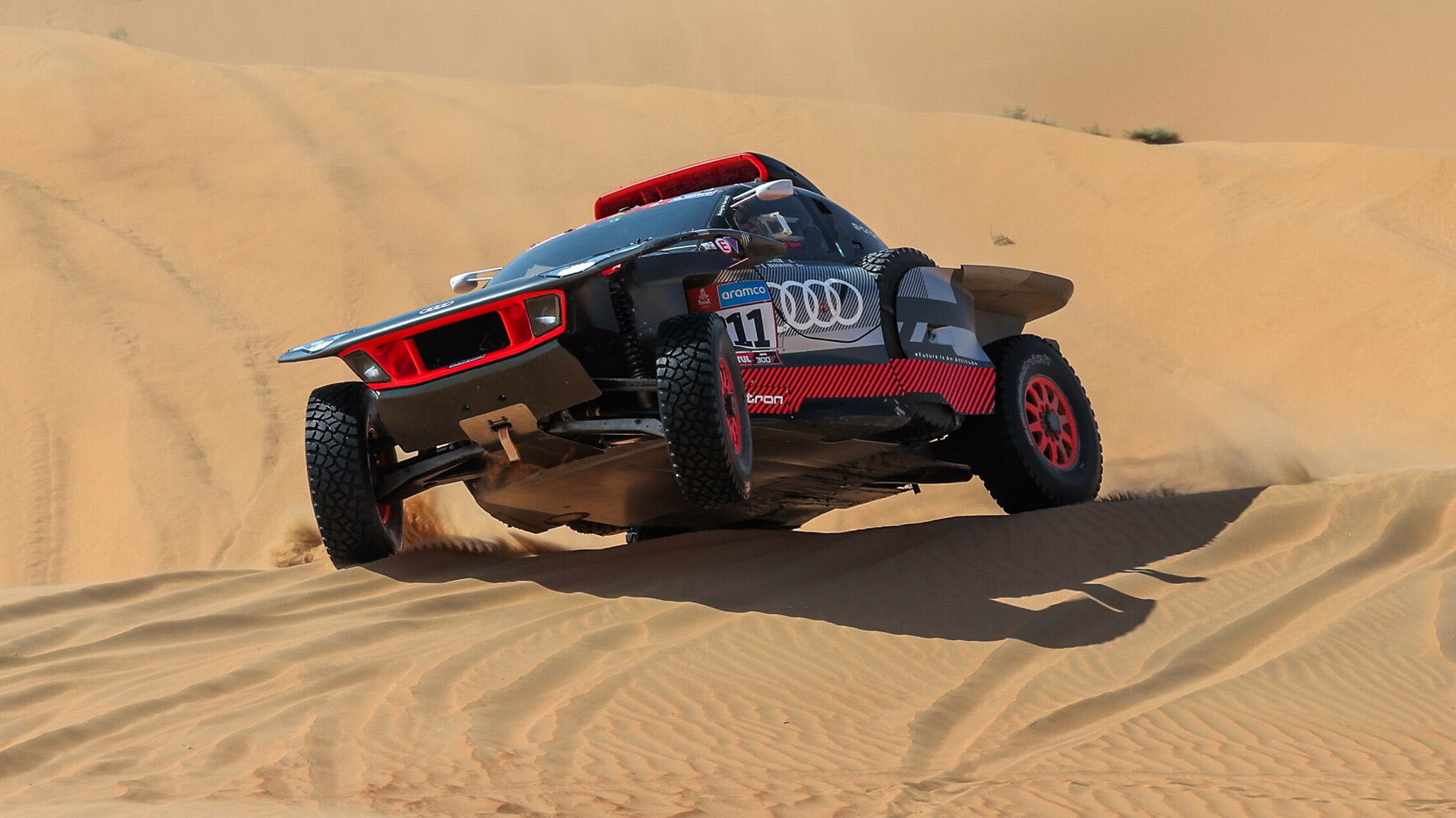 Tent? Check. Sleeping bag? Check. A thorough understanding of the cooling system aboard the electrified Audi RS Q e-tron? Check. After Mattias Ekström had finished snaring a stellar second place on Stage 10 of the 2023 Dakar Rally on Wednesday, he was busy downloading the brains of Team Audi Sport’s engineers. It’s all part of the homework ahead of a visit to the Empty Quarter for another Marathon Stage.

Day 12 of the famed off-road enduro began with an early alarm call for the Swede and his co-driver Emil Bergkvist. They were underway by 6AM to negotiate a 509km road section before taking on the fine sand and dunes of the timed 114km run from Haradh to the new bivouac at Shaybah.

Ekström enjoyed a smooth run as he completed the stage in under two hours to clock the second-fastest time of the day, even though the double DTM champ reckoned he hadn’t really been pushing his rally-raid machine too hard. Reinforcing the underlying pace, he buzzed over the timing line just three minutes adrift of stage winner and World Rally legend Sébastien Loeb. That turn of speed has allowed Ekström to climb to 22nd overall.

“We had a smooth stage,” was the Audi driver’s assessment. “I started off a bit careful and then, I would say, somewhere around the midpoint, I tried to push a little bit more while still being safe all the way. I must admit, I was a bit surprised we were P2 in the end! It didn’t feel like we were that fast. But that’s a positive sign!”

Wednesday marked the start of Ekström’s stint as the sole remaining RS Q e-tron pilot in the competition. Stéphane Peterhansel, a 14-time event winner, was forced to withdraw during the opening week before veteran Carlos Sainz was ruled out from returning on Tuesday night. The Audi crew took the difficult decision to retire his #207 machine with the damage sustained in a roll deemed too serious for on-site repairs to sufficiently tackle.

On his retirement, Sainz said: “I’m disappointed but I have been in motorsport long enough to swallow [the news] and analyse it. This is a great team. Hopefully, we will have the opportunity to fight again in the future.”

Attention now turns to prepping Ekström and Bergkvist for the two-day marathon leg in the Empty Quarter. With no internet at the picturesque Shaybah site to distract them, they must prepare for an overnight camping trip and driving with no safety net - the Audi support race truck is not allowed to help with repairs. The duo have sound mechanical nous already but must familiarise themselves with the RS Q e-tron's pre-flight checklist to ensure it's running at its peak.

“It’s a very different feeling when you know there is no one to offer help,” says Ekström. “For sure, we will have to drive a bit smarter if we can. But where it is possible to push, we of course will try and achieve a good result.”

Stage 11, the first half of the marathon run, will feature a timed route of 275km. The total distance for Thursday is mapped at 426km.