214 cars, fairy lights and Shakin’ Stevens live… this is the story behind TG's festive episode 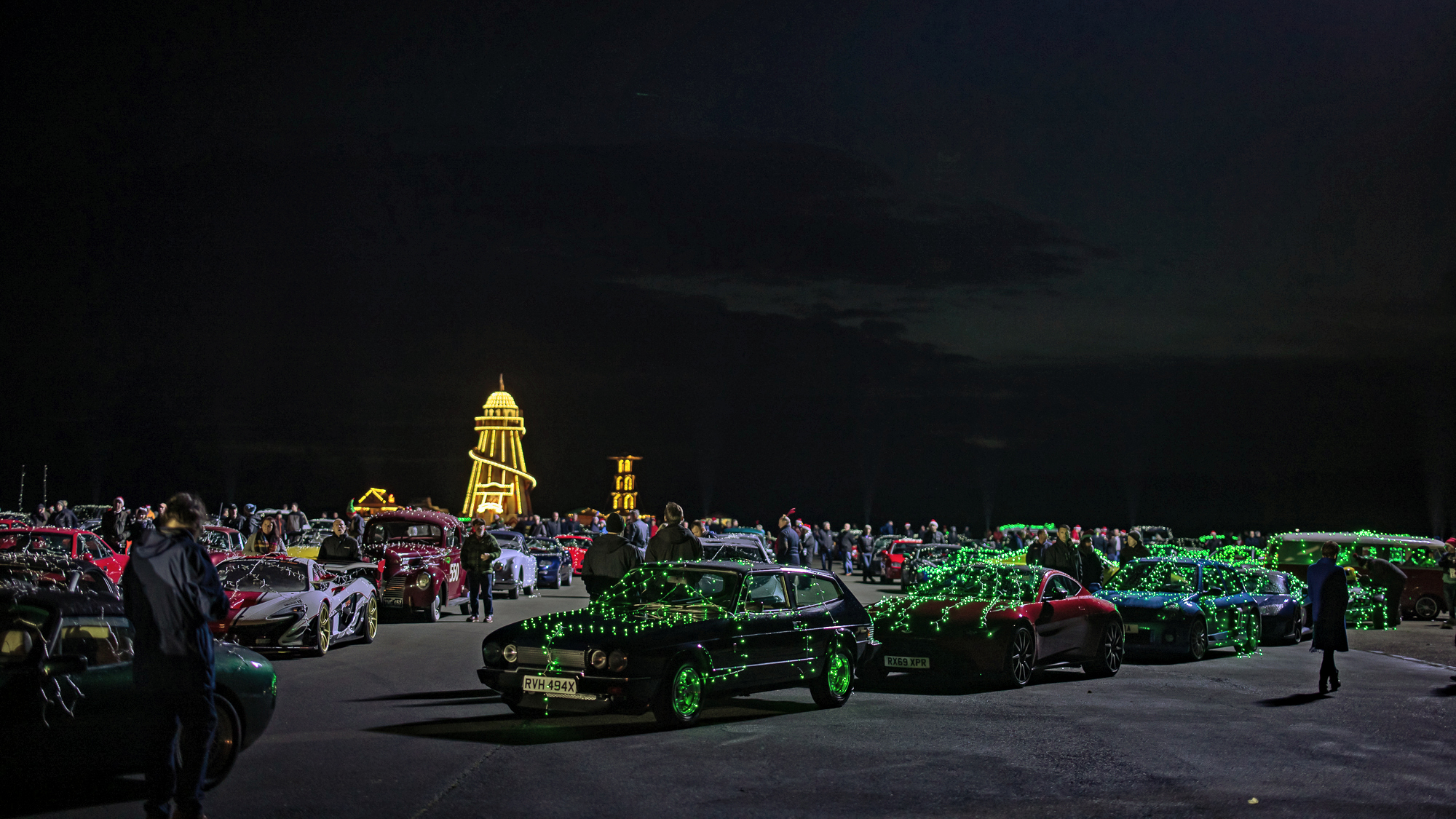 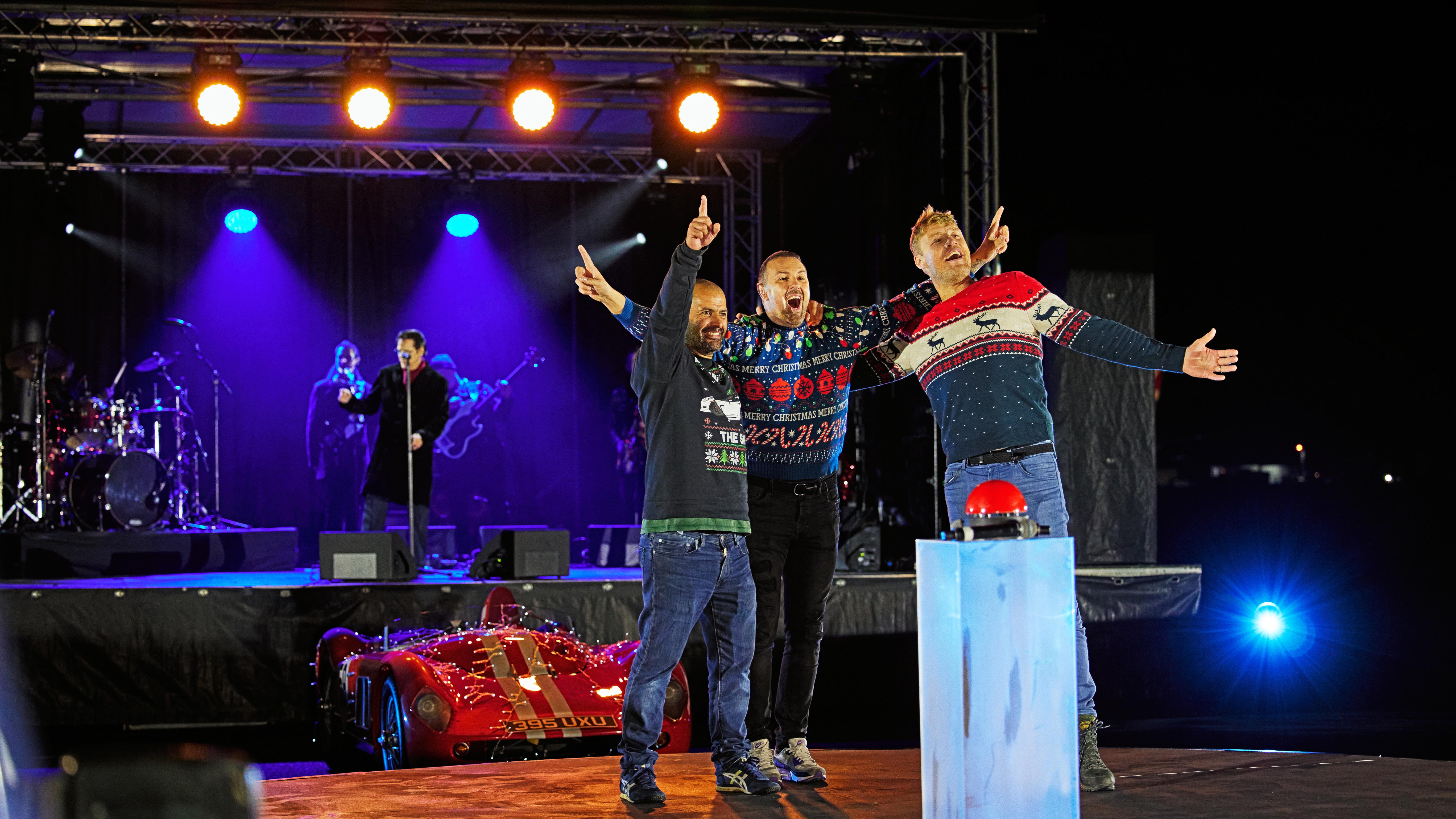 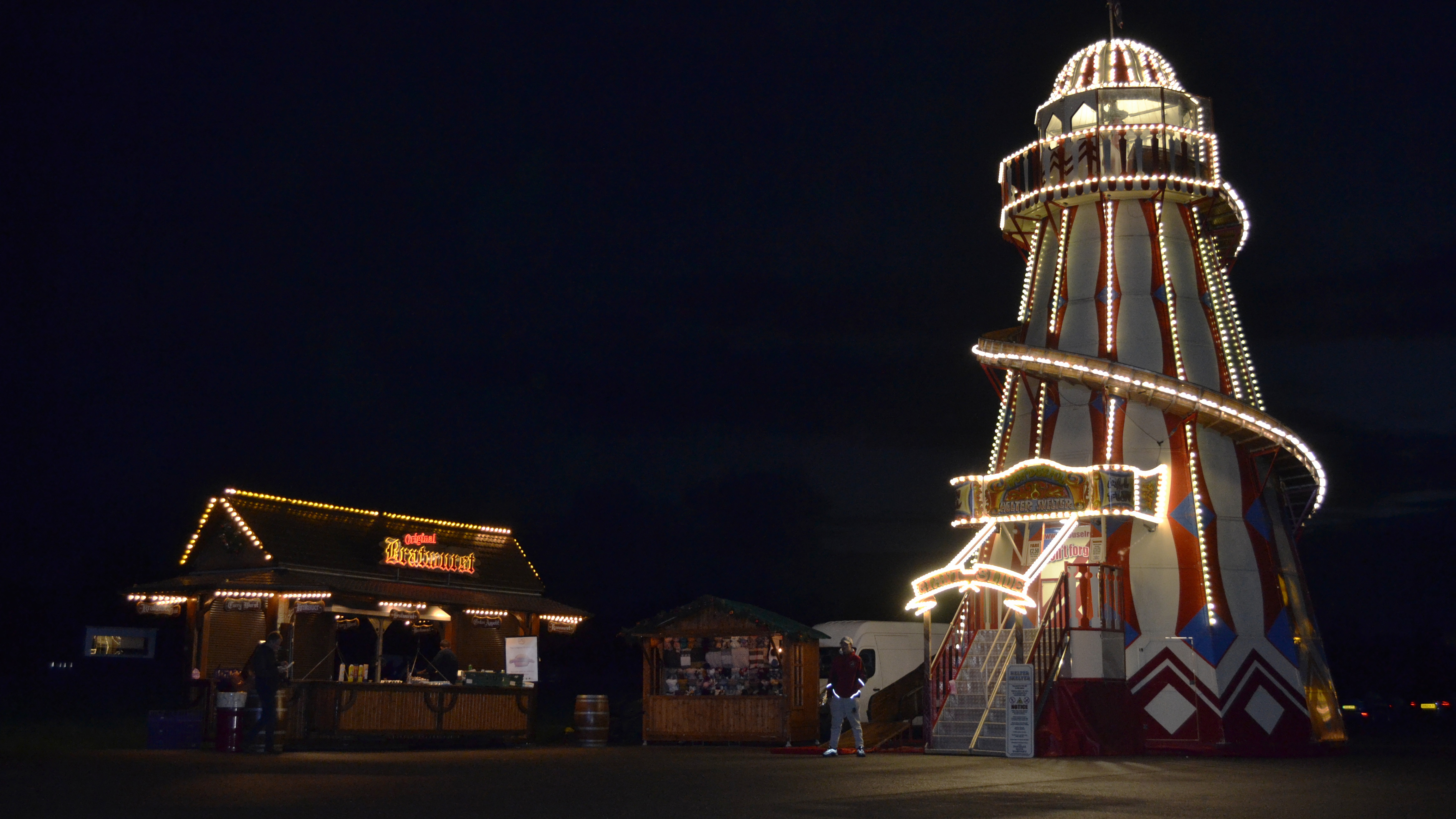 “Merry Christmas everyone” belts out Shakin’ Stevens from a makeshift stage in the middle of a… runway. On a podium set in front of the stage, three middle-aged men are dancing like – well, you’ve all seen how your dad dances after a few too many drinks.

“Whenever I hear this song, it’s going to take me straight back here,” one onlooker comments. Whether that’s a good or bad thing, we’re not sure. He’s stood next to a dark blue Porsche GT4 Clubsport wrapped in white fairy lights. And his car isn’t the only one.

We’re at Dunsfold Aerodrome – otherwise known as the Top Gear test track – having been invited to participate in the telly show’s Christmas special. Which means creating an image of a giant Christmas tree with 214 cars, each decorated with fairy lights. Yep, the team behind the show have pulled out all the stops.

“In the absence of a big, exotic adventure, we needed a way to make it special,” explains Zac Assemakis, producer/director. “We felt like people had missed Christmas last year, so we wanted to dial the festive element of the episode up to 11.” 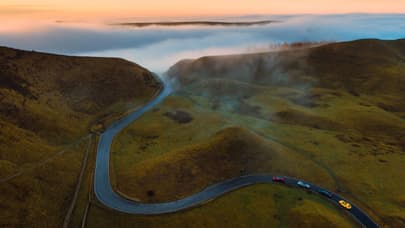 The best images from Top Gear magazine in 2021: part one

Building a giant Christmas tree out of cars is one way of doing it alright. But pulling off something like this isn’t the work of a moment, with the set-up having taken weeks to progress from an idea thrown around in an office to a fully fledged plan.

“Initially it was a case of going on Google Earth and dropping tiny little cars down in the shape of a tree,” says Zac. “That’s when you start forming an idea of what it will look like, but what we needed to understand was, is it really viable? How much space do we need, how many cars will we need?”

Using computer-aided design software, the plan went from a rough sketch in a notepad to a detailed technical drawing. Its position at Dunsfold was carefully considered, with the markings on the runway used as the starting point – and base – of the tree. The size of the task becomes all the more apparent when you consider the tree needed to be built to scale with the markings – meaning it measures 137m long and 117m wide and requires 214 cars.

Best get on with it then. The team reach out to manufacturers, car clubs and anyone and everyone with, as Zac says, “an exotic car”. No Vauxhall Corsas here, thank you. Then it was on to lighting, or, as Zac explains, “our biggest headache”.

“Dunsfold at night is pitch black, so we had to have a massive lighting plan with a huge crane to cast light across the whole set. We also had to consider the fairy lights on the cars themselves, which meant trying to figure out whether they would register on the drone shot at the altitude that it would need to be to see the whole Christmas tree.

“At that height, fairy lights are tricky,” says Zac, “so we had to do tests with various different bunches of lights to see which would register, while we also had to source a special low-light camera. But it was one thing testing on one car, trying to imagine that with 200-plus cars... that was going to be the big heart in the mouth moment.”

The final piece of the puzzle was Shakin’ Stevens – and a stage for him to perform on that could be transported and built (and dismantled) quickly and easily.

“Shaky’s song is one of the all-time Christmas greats, and we knew we wanted it to get everyone in the Christmas spirit and dancing. But we knew we’d have limited time to build the stage, which only added to the pressure.”

Sounds like a lot of pressure alright. And as the autumnal day rolls around – roughly six weeks after the plan was formed – the first issue of the day rears its head.

“The lighting had all been carefully planned out, but when we arrived at Dunsfold it had been raining really heavily overnight. We couldn't put the crane where we wanted to because it was flooded, meaning we had to move it to other side of the track.”

Good start. Undeterred, the production team crack on, armed with several measuring wheels to mark the position of each car using plastic cones. Which is where we enter the story. We’re in our long-term BMW M3 Competition, suited and booted in Isle of Man Green – a fitting colour for a Christmas tree, we reckon – and join the queue of traffic patiently waiting to be called into position past the Christmas fair, complete with Helter Skelter and Bratwurst stand. It may only be autumn, but it feels like Christmas alright.

In place, we get a good look at some of the 214 cars that have turned up. There’s a wide-ranging mix: everything from a BMW Isetta 600 to a Pagani Zonda S to a Tesla Model 3 police car, and Zac is delighted with the wide variety on display.

“We had the most incredible line-up of vehicles, really rare and unusual stuff,” he says. “There was one elderly lady who came in a BAC Mono, there was a Bubble car, there were American muscle cars, there were hotrods, some really exotic machinery. It was a lovely eclectic mix.

“We were worried that we weren’t going to get enough cars, or people would say they would come and not turn up on the day, but we were really lucky. It was a real family of car enthusiasts coming together to have a big Christmas bash up.”

With the cars in place, the tried and tested fairy lights are handed out. A variety of approaches are taken to decorating – some choose to chuck the lights on with merry abandon, others take greater care, while a dedicated few have brought along additional festive decorations. A special shout out to the BMW i8 owner, who decorated his car with exactly two and a half sets of lights (one snapped) and realised, too late, the keys were trapped inside. Oops.

Once the stage is set, the presenters arrive – Chris in a 1990 Citroen BX GTi 4x4, Paddy in a 1982 Ford Escort XR3i Cabrio, and Freddie in a 1992 Range Rover Classic – and make their way up the 5.5m-wide tree trunk to the star-shaped podium.

“I wanted the presenters to feel like boxers walking through a stadium on their way to the ring, to really soak up the moment,” says Zac. It appears to be working on Chris, who, in full geek mode, is excitedly pointing out cars (much to their owner’s delight) that have caught his eye en route.

Once on stage, it’s time for the moment of truth, with Zac nervously watching on nearby. The countdown begins… three, two, one, and as if by magic, the tree is lit. Happy, Zac?

“When I saw it on the monitor, it was just like, ‘wow, this is amazing’,” he says. We’ll take that as a yes and, having seen the film for the first time last night, we’re inclined to agree. As to how we did it… well, magicians never reveal their secrets, folks.

The fitting finale comes in the form of Shakin’ Stevens, who brings some Christmas cheer and much-needed warmth on a chilly evening with (four) renditions of Merry Christmas Everyone. How did the presenters feel about having to dance on camera?

“We didn’t ask them to dance! They just got into the spirit of it,” laughs Zac. Many of the audience members, several of whom are sporting Christmas jumpers and other festive attire, join in too, making for a real party atmosphere.

“We wanted it to feel like Christmas, like a real celebration, and it absolutely did. I’ve never seen so many Christmas jumpers and people in fancy dress – there was one person dressed as a Christmas tree! You kind of forgot it wasn’t actually Christmas,” adds Zac.

All too quickly, the show’s over. As for next year, how does Zac go about topping this?

“I'm hoping that we'll be back on the road again in some sort of sweaty jungle somewhere, trying to find a route to some remote place; that’s where I'm at my happiest! That will be the dream next year.” You and us both, Zac.

We’d like to wish everyone a very Happy Christmas from the team here at TopGear.com.