All hail the new Bugatti Chiron

There are days, and they don’t come often, when the automotive world shifts on its axis. This, ladies and gentleman, is one of them because the Veyron’s reign as the world fastest production car is at an end, and the usurper comes from within. Yes, the £1.9m Chiron retains the Veyron’s fundamental proportions and powertrain, but it’s new in every other conceivable way, and built to bend physics to breaking point.

The Chiron is not a hybrid. Unlike its closest competitors – the McLaren P1, LaFerrari and Porsche 918 - it relies solely on fossil fuels. Its engine is a development of the Veyron’s 8.0-litre quad-turbo W16, its gearbox a strengthened version of the Veyron’s seven-speed twin-clutch, and like the Veyron it deploys its immense power through all four wheels. 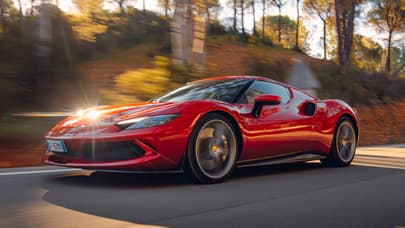 Flat out in the astonishing new Ferrari 296 GTB 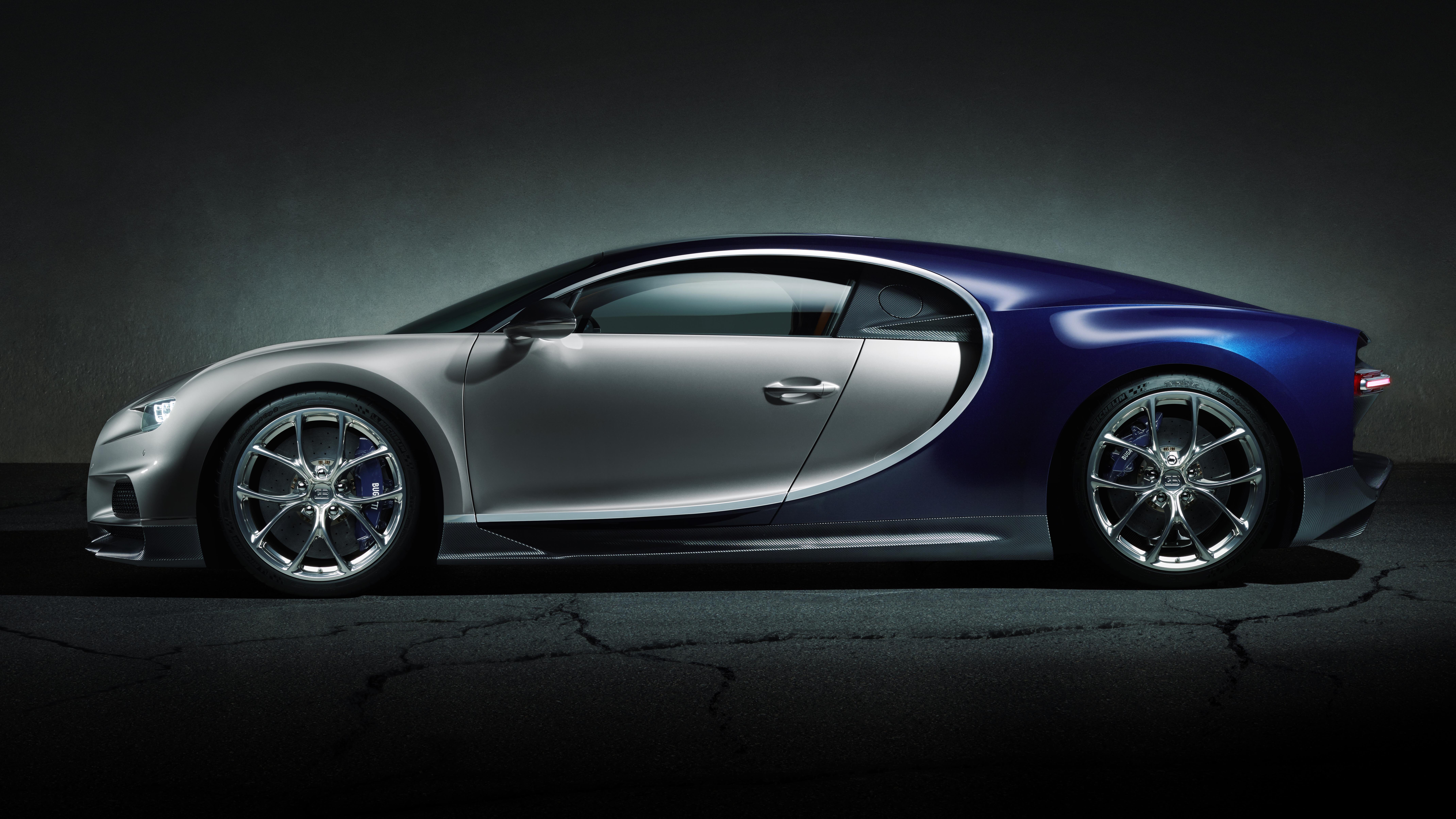 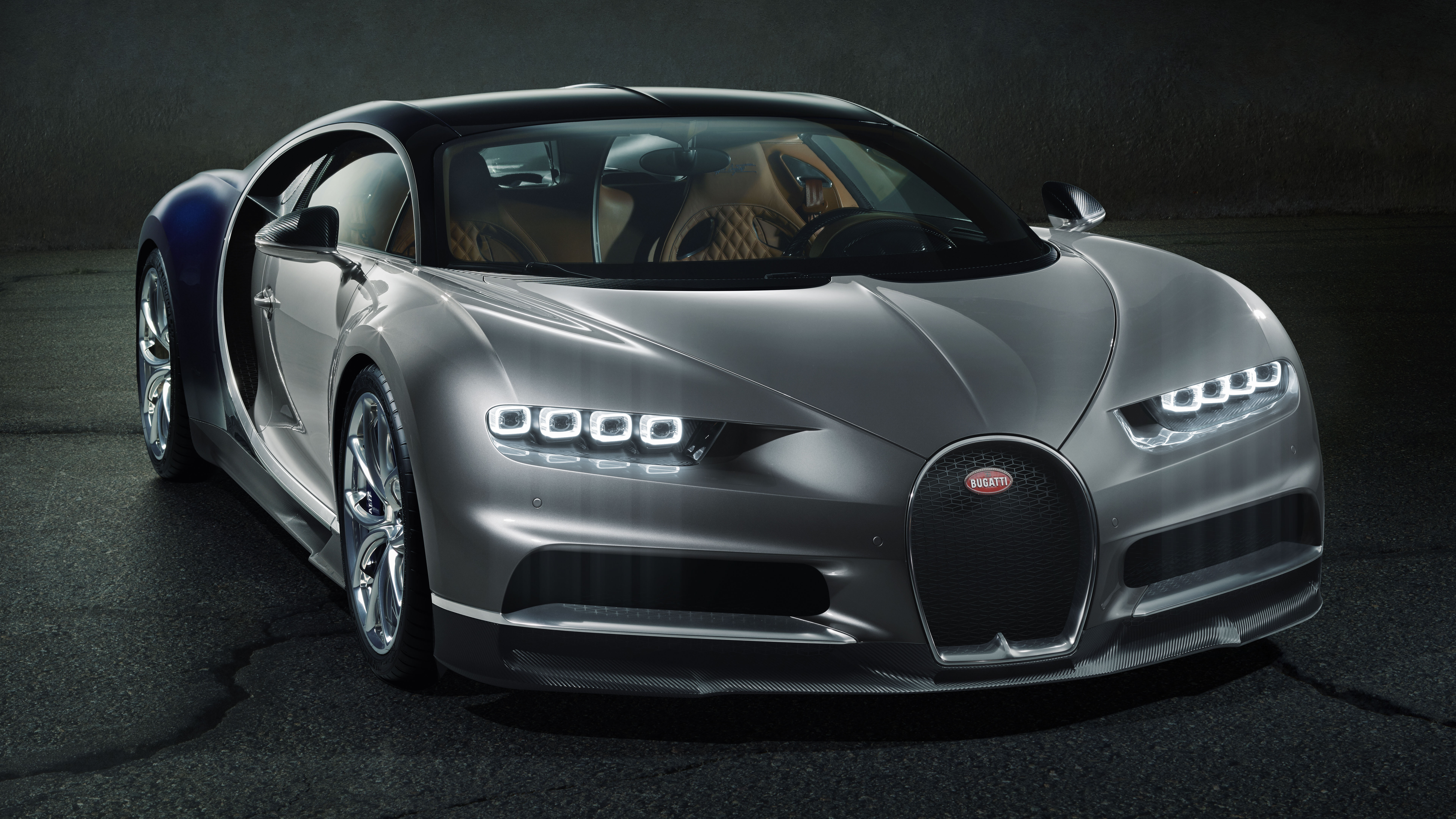 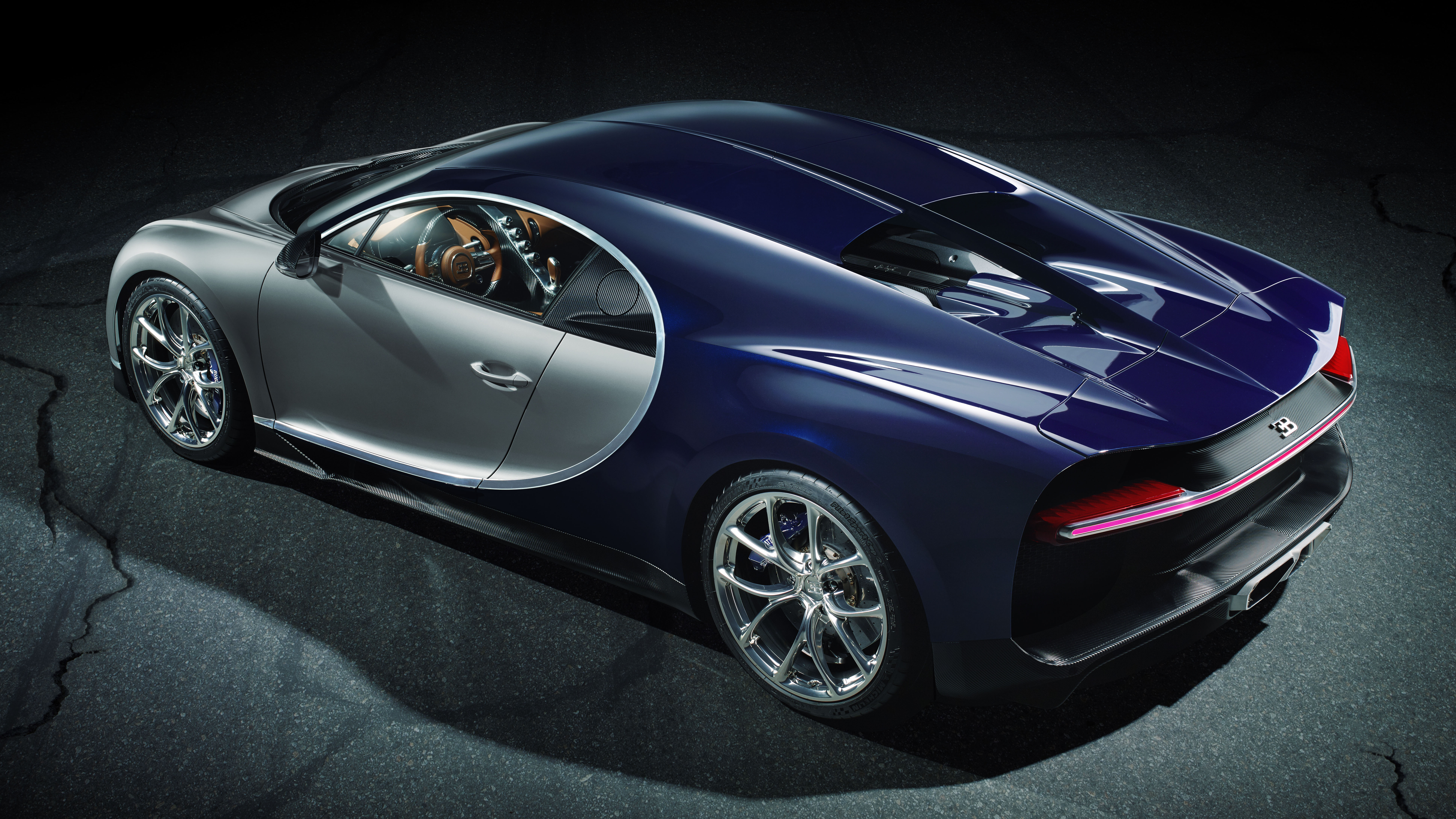 “If we went with hybrid we would have added additional weight. We would have experienced package constraints, too, because this car doesn't have any areas where you can put additional stuff, so the styling would need to change,” Wolfgang Durheimer, Bugatti’s CEO explained. “We will dramatically raise the bar in terms of top speed, we will dramatically increase the power by 25 per cent, the aerodynamics are better, the road holding is better. We didn't need a hybrid.”

Whereas the Veyron Super Sport produced a piffling 1183bhp and 1106lb ft of torque, the Chiron develops 1479bhp and 1180lb ft. Oh, and at a constant top speed the Veyron could drain its 100-litre fuel tank in 12 minutes, the Chiron can do it in 9.

Then there’s the top speed, which Bugatti has limited to 261mph - a token 3mph more than the Veyron Super Sport.

Then there’s the top speed, which Bugatti has limited to 261mph - a token 3mph more than the Veyron Super Sport. The specially-developed, wider Michelins can take more, Bugatti says, and will be used for a Chiron’s record-setting attempt, which is expected to surpass 270mph, but the limiter is a “safety measure for road-travel”. Euro NCAP will be delighted.

Key to the engine’s swollen power reserves are four larger turbos that work in tandem to deliver maximum torque from 2000 to 6000rpm – that’s across 70 per cent of the engine’s full operating range.  The two-stage system only calls on two turbos up to 3800rpm, to improve throttle response, and all four beyond that. A new titanium exhaust system helps out by reducing back pressure compared to the Veyron and houses two enormous catalytic converters – each six times the size of one you’ll find in a Mondeo. There are six exit pipes in total – four sticking out the back and two pointing downwards to create a blown diffuser – a downforce-boosting technology proven by, then subsequently banned in F1. 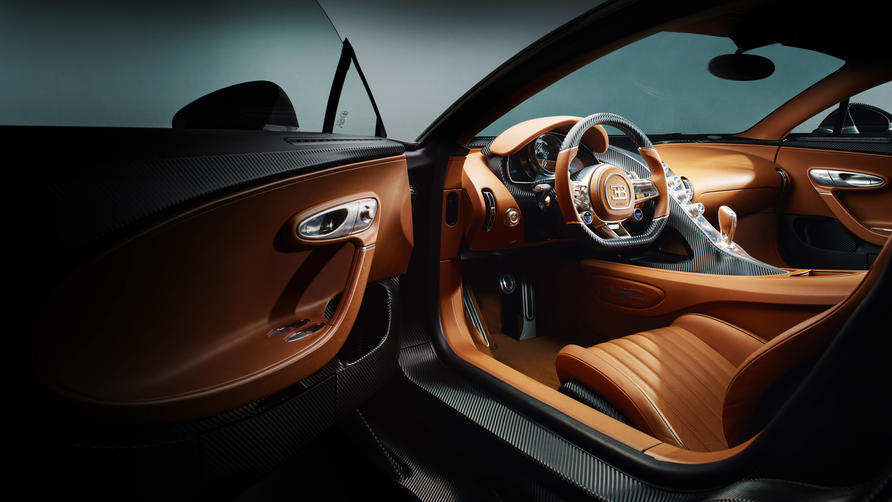 Everything about the Chiron’s powertrain is super-sized. An improved charge air cooling system means 60,000 litres of air per minute are pumped through the engine, while the coolant pump can circulate 800-litres in the same time. According to Willi Netuschil, head of engineering “temperature management is one of the biggest problems”. In total there are 10 radiators crammed under the Chiron’s skin.

With great power comes great need for big brakes, so the front and rear discs are now 20mm larger, 2mm thicker and made from carbon silicon carbide – a material that’s both lighter and more resistant to fade. Clamping them are eight-piston calipers in the front and six-piston at the rear – each piston a subtly different diameter to keep brake wear even.

The tyres, now 14 per cent wider at the front and 12 per cent wider at the rear, are wrapped around larger rims – 20-inch front and 21-inch rear – and built to withstand otherworldly forces. They need to be, as each gram of rubber is exposed to a centrifugal force of 3,800G. A bigger contact patch on the road means better braking, acceleration and wet-weather grip, while the updated four-wheel drive system uses electronic diffs on the front and rear axles, allowing fine control of the handling characteristics. More on that in a bit…

As a starting point for the world’s fastest car Bugatti uses a new carbon-fibre monocoque (each one takes four weeks to make), with a carbon-fibre rear-subframe attached to save 8kg versus the Veyron and boost rigidity, while the entire package is wrapped in a carbon-fibre skin. Bugatti claims torsional stiffness is now up there with an LMP1 prototype, while a new electric steering system and suspension bolted directly to the monocoque means it should react to inputs faster than a 1995kg car has any right to. 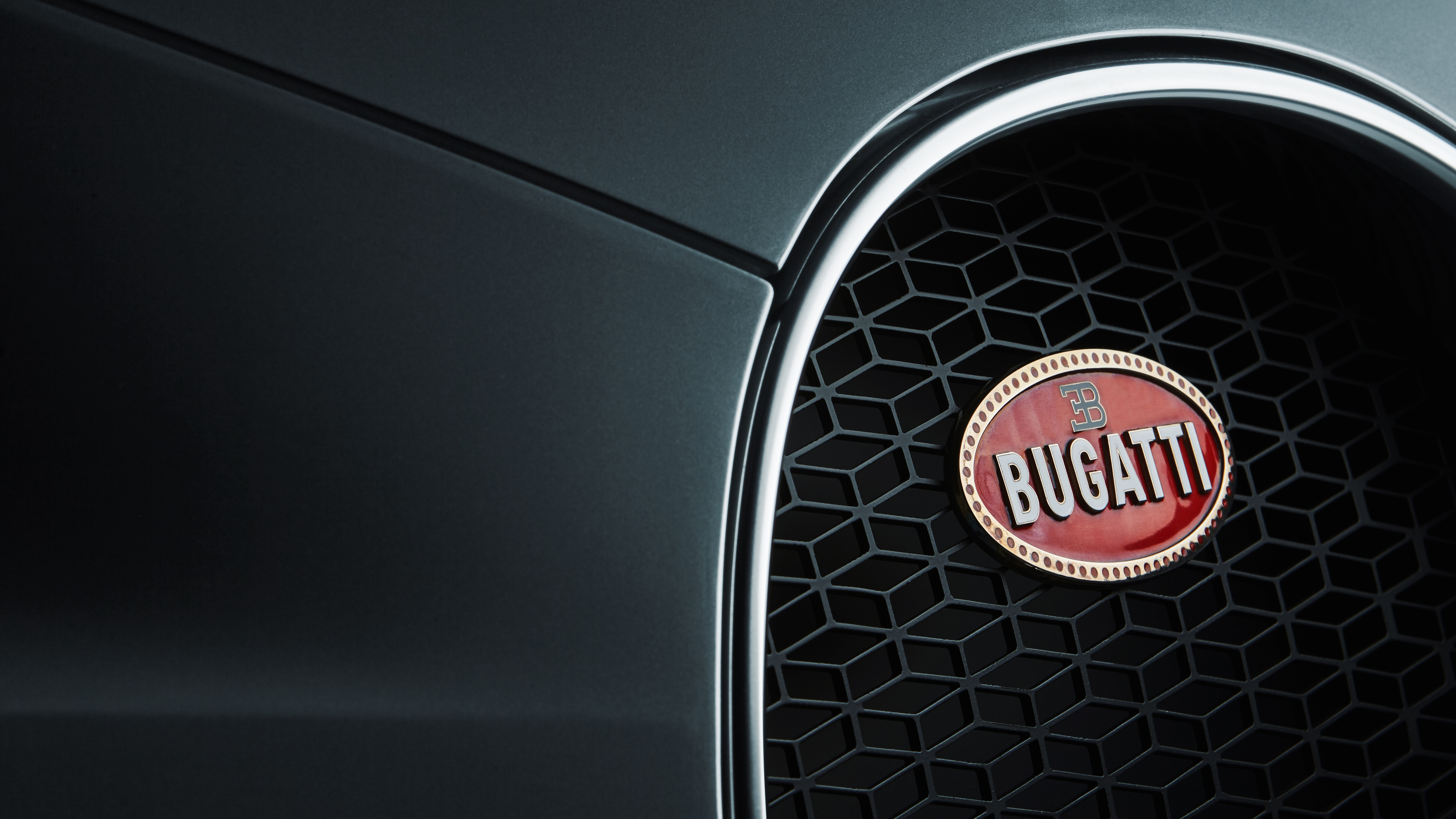 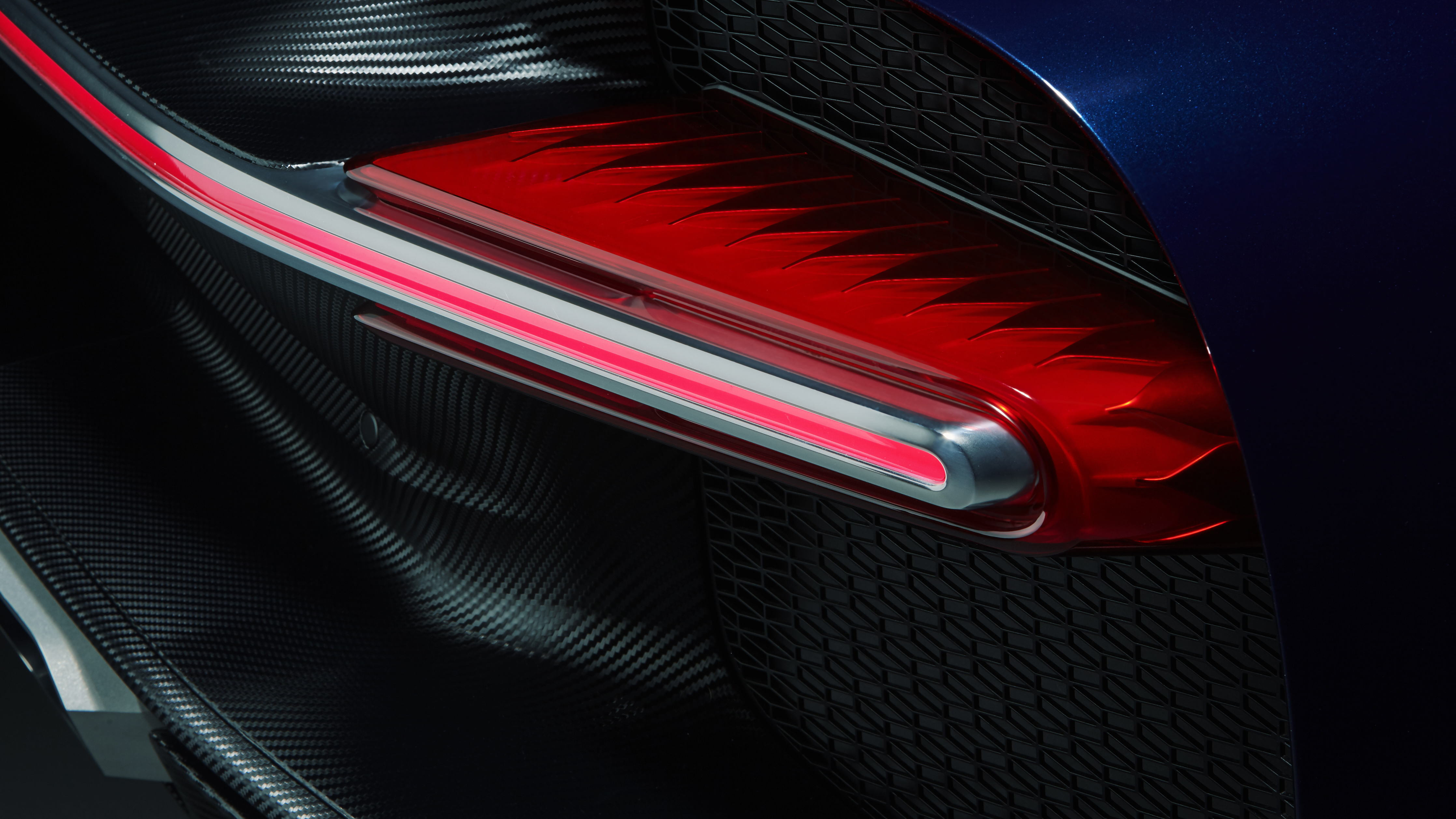 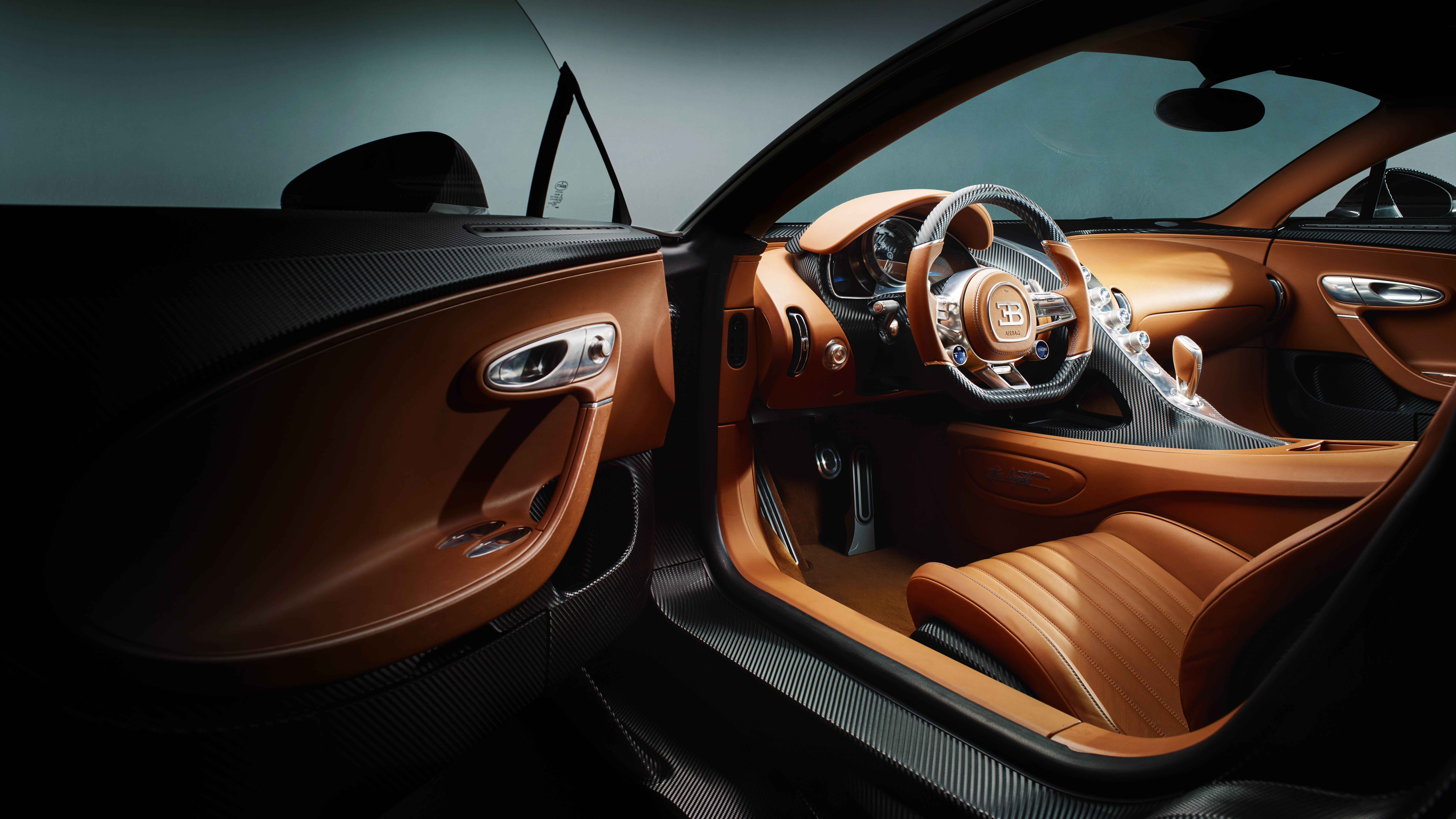 Exactly how the Chiron behaves and what it’s capable of is up to you. Five different driving modes are available, and we’re not talking your average Sport and Comfort settings. Not in Bugatti land. There’s ‘Lift’, ‘Auto’, ‘Autobahn’, ‘Handling’ and ‘Top Speed’ to choose from, each an individual blend of settings for the chassis height, dampers, steering weight, torque distribution from the four-wheel drive system, active aero and the electronic stability system.

‘Auto’ is your default setting, shifting responsibility to the Chiron’s enormous brain to decide on the best parameters. ‘Lift’ is designed for speedbumps or loading onto a trailer and only available below 50kmh. Push it beyond 112mph and ‘Autobahn’ mode activates automatically, softening up the dampers for more comfortable and stable high-speed cruising. Feeling brave? ‘Handling’ mode turns everything up to eleven and is primarily designed for track work. All the above are accessed via a rotary control on the steering wheel, and come with a top speed limited to a mere 236mph.

In a car this over-engineered, technology has to take precedence over the styling

If you happen to have a salt flat to play with then ‘Top Speed’ mode, like the Veyron, requires a second key to initiate. Do so and the car hunkers down, the four-stage rear spoiler flicks into its “slightly extended” position and you’re free to run up to the 261mph limiter.

In a car this over-engineered, technology has to take precedence over the styling, something Achim Anscheidt, Bugatti’s design director, freely admits: “From every side of the car: rear-view, side-view and front-view, the technical necessity for more dynamic driving performance, more cooling performance, more engine performance sets of stylistic strategy for the car.”

Those quad LED headlights, for example, first shown on the bewinged Gran Turismo concept, double as intakes, funnelling air towards the front brakes. The sweeping curve (constructed from a single piece of carbon-fibre) that defines the profile of the car – the “Bugatti Line” – is also an intake, gobbling air to feed and cool the 16-cylinder engine. The rear – shaped to reduce drag and create a suction effect, drawing hot air off the engine – is largely just a gaping chasm, punctuated only by 1.6m wide light strip featuring 82 LEDs that act as a brake light, reversing light and indicators. Perhaps the only indulgent element is the central fin, a nod towards the seam on the Bugatti Type 57SC Atlantic. 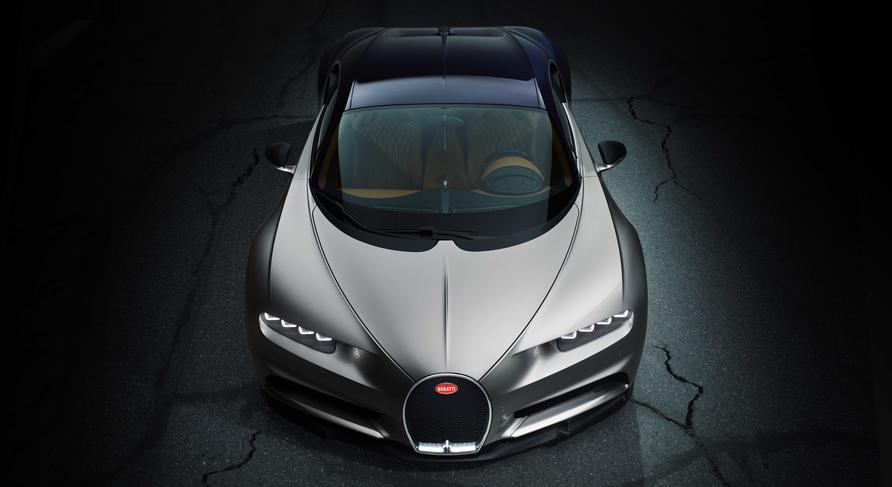 Too conservative a transformation for you? Well consider this: while volume manufacturers are obsessed with pinching buyers from other brands to feed their growth projections, Bugatti is focused on holding tight to what it has. “Am I here to change everything and to change our customer?” Anscheidt mused. “No, I'm here with this project to make that customer base continue on into the next generation.”

Although the wheelbase is a scant 1mm longer than the Veyron, the Chiron is actually 14mm wider and 6mm taller – tiny increments for you or I, but a world of difference to a designer. The main benefit is an extra 12mm of headroom – meaning you can drive it with a helmet on and not get a stiff neck. The rest of the interior is an exercise in minimising driver distraction. An analogue speedo (running all the way to 310mph or the magical 500km/h) is surrounded by digital TFT screens offering various entertainment and driving information. As the speed increases, the amount of info on the screens thins out, leaving the driver to concentrate on keeping the car on the road.

A narrow centre console, designed to echo the exterior Bugatti Line, houses the gear lever and four circular air-con dials, each beautifully machined – a jewel in its own right. The real jewels, though, are in the speakers – a one-carat diamond membrane on each of the four tweeters (insert joke about crystal-clear sound quality here), while the new 3D bonnet emblem or “Macaron” is made from enamel and solid silver. Don’t sell the Bentley Bentayga just yet, but there’s even a modicum of practicality shoehorned in. A cooled glove box is perfect for keeping the Bolli’ on ice, suit bags and jackets can be hung behind the seats and a weekend bag can be stuffed under the front bonnet.

Which brings us to the type of person who actually buys a Bugatti Chiron – after all, 120 (two years’ worth of production) of the strict 500 unit run are already accounted for. Durheimer describes them as “extraordinary people” and “not standard car enthusiasts.” On average they own “64 cars, 3 jets, 3 helicopters, and a yacht, and drive 2,500 kilometres per year in the car.” The kind of multi-millionaires that won’t blink at the €2.4m (£1.9m) entry ticket, then, or spending a few hundred thousand more on options. Durheimer is very clear, the Chiron is not a vanity project, it’s designed to turn a tidy profit. It’s a halo car for the VW Group, sure, but it “will also be making a positive contribution to Group results.”

Of course, the Chiron came perilously close to becoming a casualty in the wash of Dieselgate. Durheimer, it turns out, had to fight hard: “There was some convincing work to do. It wasn't an easy walk. When it all happened I flew to France and brought all the factory guys together and told them my version of the story. I said, don't worry. I’ll take care of it. Just focus on making the best car. Don't lift the throttle.” And the rest is history. 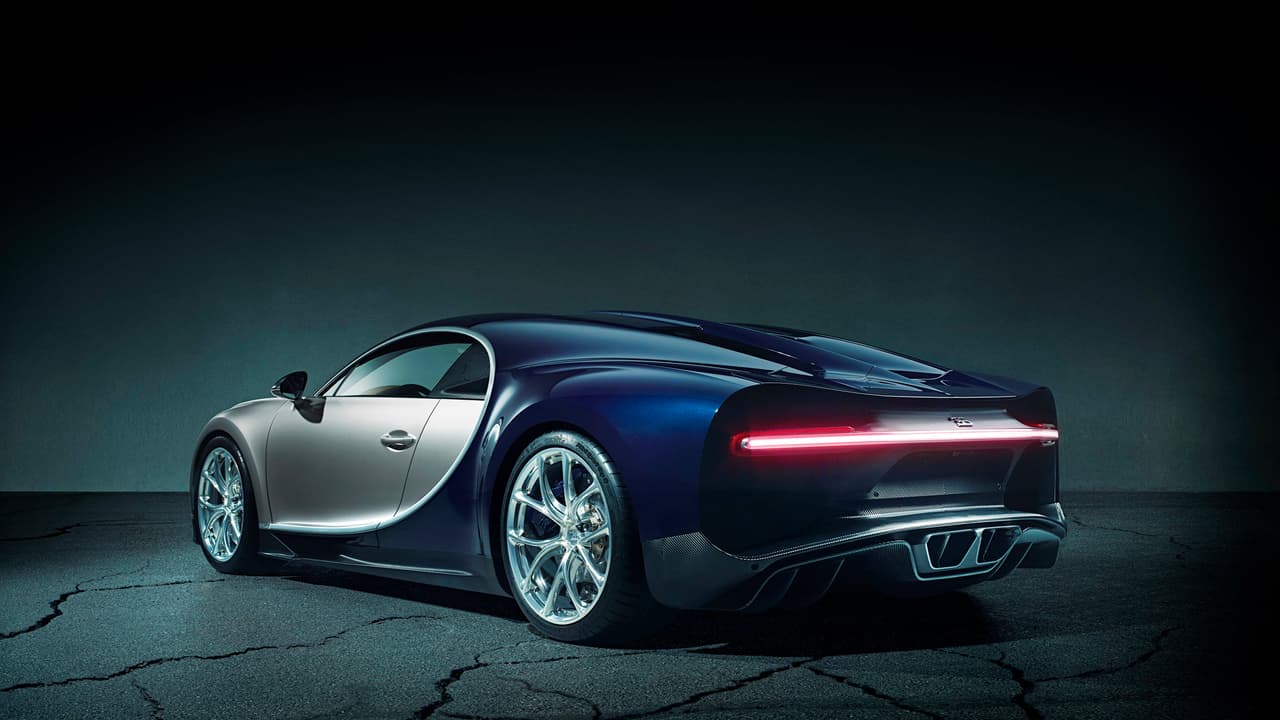