The new Fiesta ST comes from a strong line of DNA. It's time to meet the family

Warning: if you've not read part one or part two of our massive Fiesta test, click those blue words

Essex is not even remotely on the way from Anglesey to Devon. In fact, it’s a not-insubstantial 250-mile detour that involves the M1 and most of the M25 – two of the most congested roads in Britain. Roads that make me want to scream into a pillow while clutching my favourite childhood toy. I consider cheating, or ‘forgetting’ and heading straight there, but honesty (and some stern words from the boss) prevail, so, after a largely uneventful drive, our little convoy reaches its destination bang on schedule. Ready for the ST’s appointment with its elders.

We’re in Dagenham in deepest, darkest Essex. Ford’s been in business here since the Thirties. Nowadays the place builds diesel engines – millions every year – but until 2002 it was Fiestas (and much besides) spewing forth from the factory gates. The plant may be a shadow of its former self – the whole site a reminder of what an industrial force Ford was in Britain until the Seventies – but it still has its secrets.

And by far and away the most fiercely guarded is the existence of this place – the Heritage Collection – a leaky, nondescript shed on the edge of the 44-acre estate whose contents you simply would not believe.

Here the ST sits among an estimable collection of old Fords, stuff to drool over. Once we finish ogling the pristine Mustang GT390 (Remember Bullitt?), ’05 GT (the first officially imported into Britain) prototype RS200 and so on, we persuade Ford to pull out a couple of other Fiestas for us to have a poke around – an ’89 MkII XR2 and ’06 ST – and park them up next to the new car.

Skip 25 photos in the image carousel and continue reading 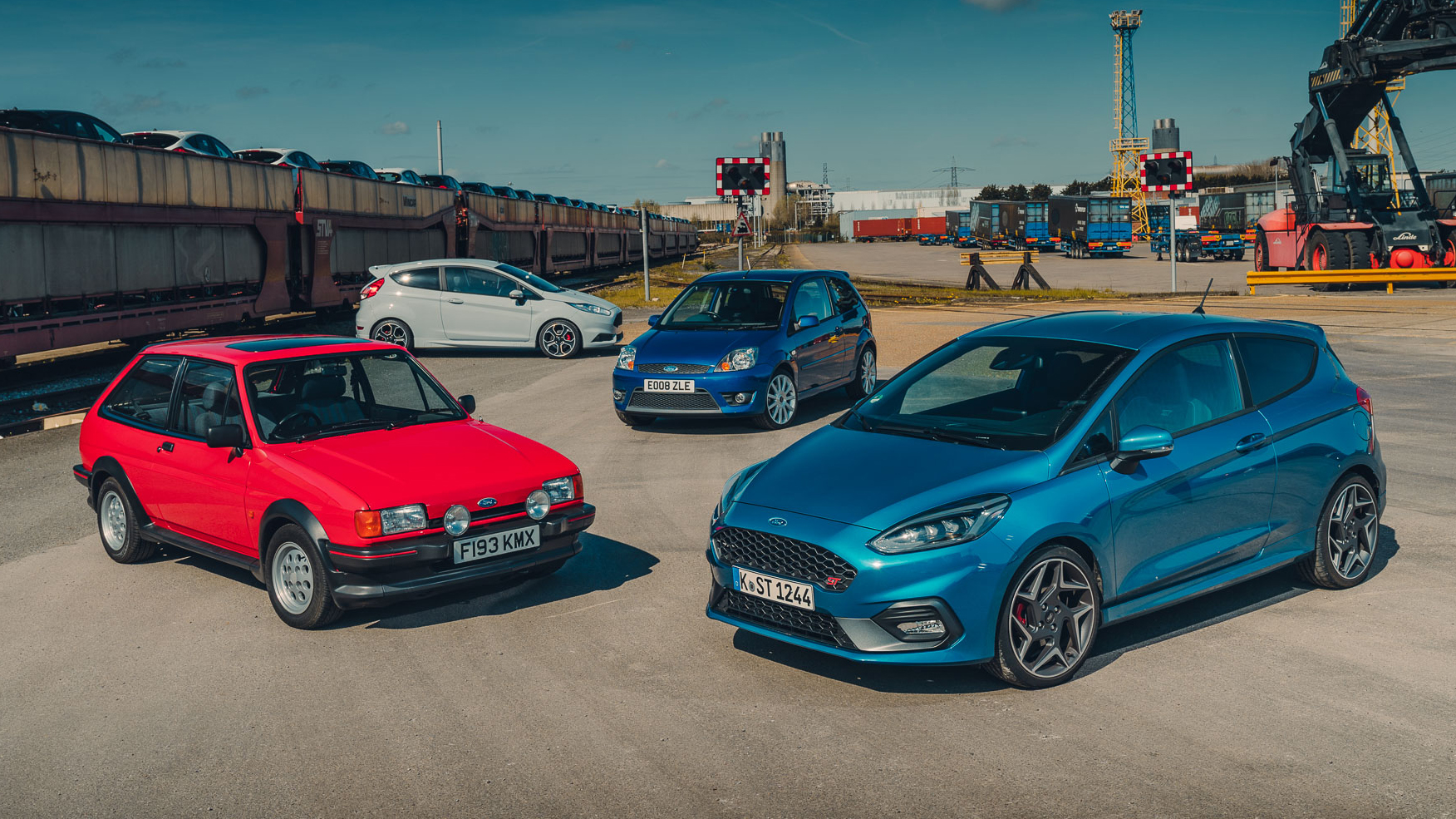 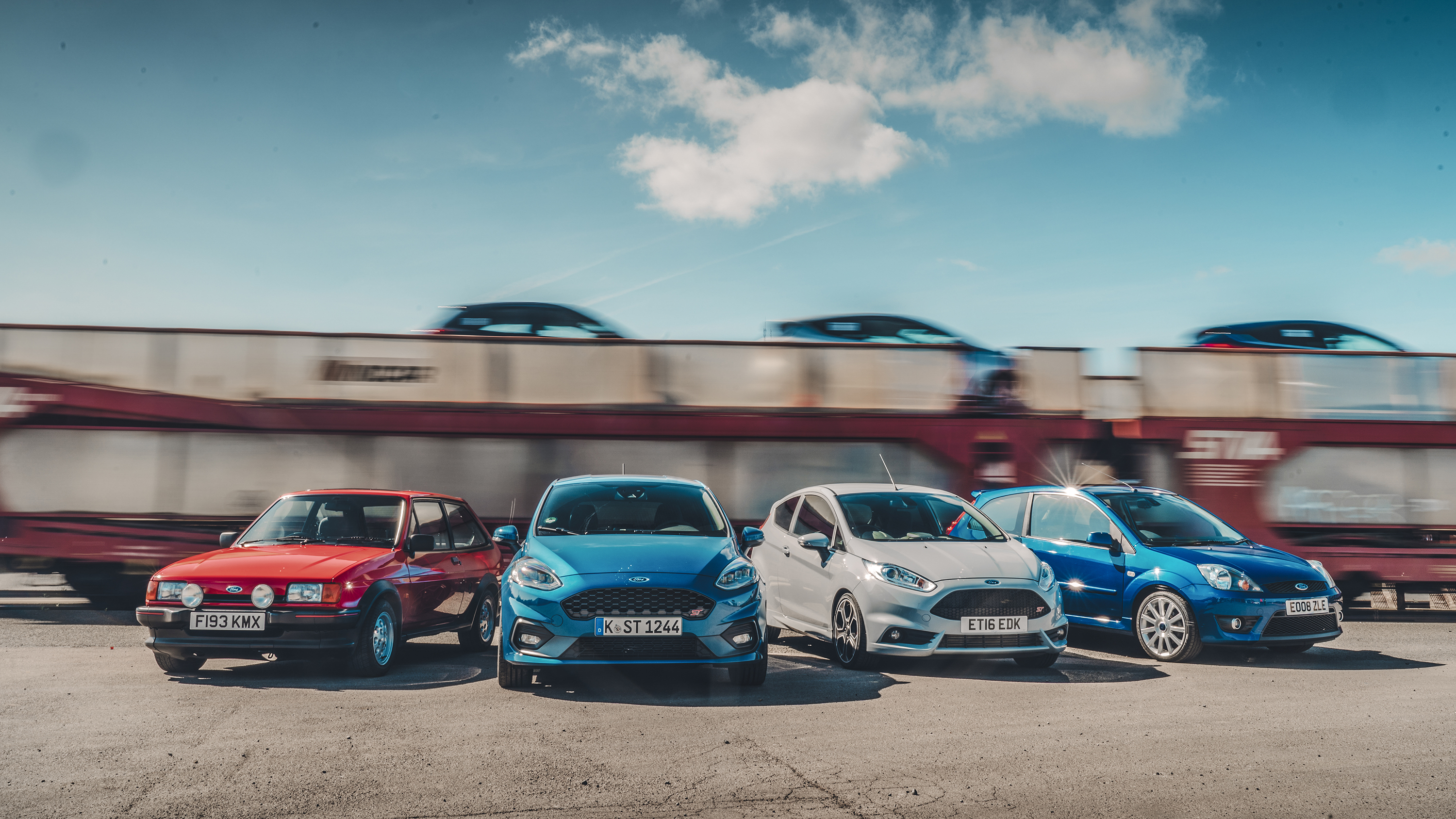 It would be easy at this point to don the rose-tinted spectacles and wax lyrical about how great these old, fast Fiestas were and, indeed, are. But the truth is neither of them were class-leading. The ’06 car – the first-ever Fiesta ST, no less – had a good chassis and a strong 2.0-litre, naturally aspirated engine, but was comprehensively outmanoeuvred by fast Clios of the day. The XR2, meanwhile, had the Golf and 205 GTIs for company. And the comparison did it precisely no favours. Both are fun and were well-received in period, exhibiting a share of the greatness to come, but in our view it wasn’t until the outgoing ST that Ford really found its fast-Fiesta groove. As Tom Ford found out only recently.

Old cars tucked safely away, we bid farewell to Essex and make our way over the Dartford Crossing into Kent, then across the bottom of the M25, using it as a slow-speed slingshot to centrifuge ourselves off down the M3. The Fiesta has absorbed the miles. Yes, there’s still some jiggle when the surface deteriorates, but road, wind and suspension noise is well suppressed. After one more fuel stop – we’re now up to seven tanks across 1,600 miles – we hunker down and start making our way west. Not two miles down the road I hear something obscenely loud approaching at speed. I look in the rear-view mirror just in time to see it pop out from behind photographer Mark’s Golf. It pulls alongside. The man in the driver’s seat looks familiar... 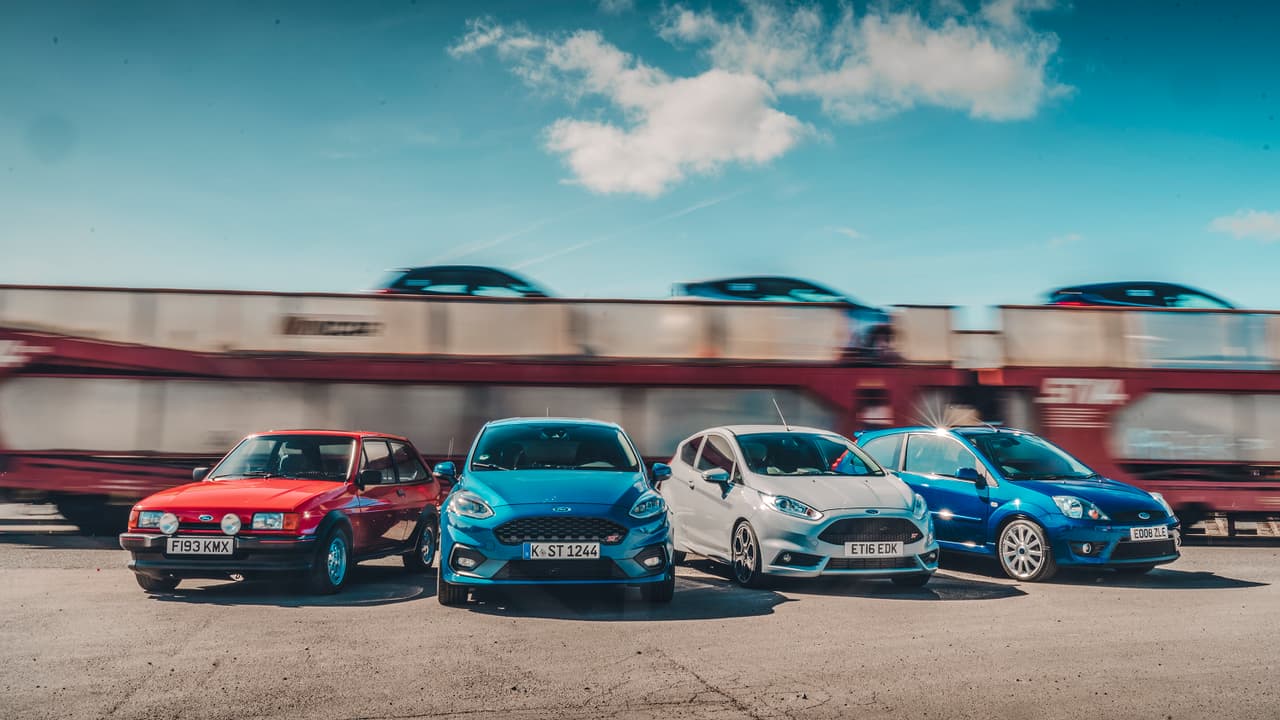