This restomod BMW is the custom bike of your dreams

Who’s up for a quick trip to Africa on a custom-built vintage G/S? Erm, its builder, for one 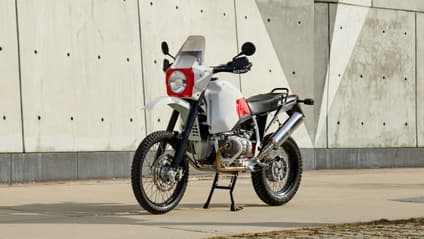