Here's your first look at the Ineos Grenadier off-roader

Already missing the old Defender? Meet the 'working field dog' that aims to replace it 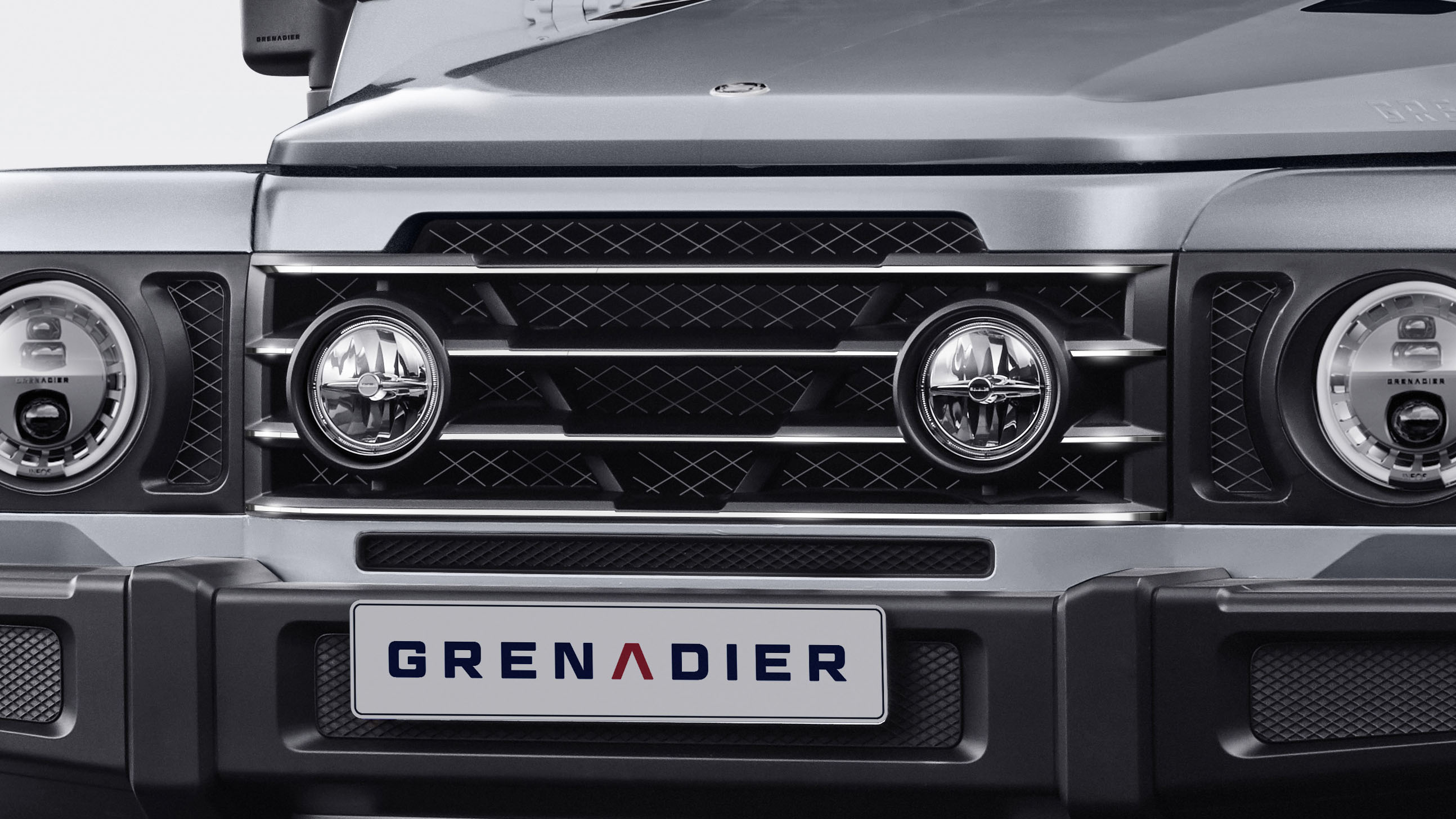 Hands up who’s had a red-hot, can’t-possibly-fail business idea in the pub… then woken up the next morning with a Thor’s Hammer of a headache and realised you were, in fact, boozed-up and talking complete rubbish? Guilty. We all are. Unless you’re Jim Ratcliffe, chemicals magnate and the fifth richest man in Britain, who sat lamenting the old Land Rover Defender’s demise with some mates in his favourite London local a few years back and decided he could fill that void. Fast forward three years and this is the result – the Ineos Grenadier – named after the tavern in question.

In the interests of transparency, we asked for an interview with Ratcliffe, several times, but for now he’s giving a blanket ‘no’ to media. His only comment on the new car a rather sanitised paragraph buried in the press release: “The Grenadier project started by identifying a gap in the market, abandoned by a number of manufacturers, for a utilitarian off-road vehicle. This gave us our engineering blueprint for a capable, durable and reliable 4x4 built to handle the world’s harshest environments.” Meh.

Shame, because there’s something fairy sizeable that needs clearing up - on the face of it this looks like the mother of all vanity projects. Land Rover had to euthanise the Defender because, among other reasons, the market for ultra-rugged, farm-friendly utility vehicles had dried up. Even with Land Rover’s distribution network, brand recognition and heritage it couldn’t sell enough. So why would the market for a workhorse like this magically reappear?

Dirk Heilmann, the new CEO of Ineos Automotive, takes the question on. “We’re designing it as a global car, with a target of 20,000 to 30,000 units a year. We feel strongly that the timing is right. I don’t really want to compare this with that, but they didn’t sell [the Defender] in the US. It was an underinvested asset and they missed the boat.

“We’re passionate about this product. If it was another sports car, I wouldn’t be sitting here. We know it’s high risk, we know it’s a lot of money, but we’re not afraid of risk. We thrive on a challenge so let’s see if we’re successful or not.” Fair play, but enough boardroom bingo, back to the car.

This is our first look at the exterior design, but there’s no peeking at the interior yet and technical details are limited. What we do know is it’s a five-seater (a double-cab pick-up version will go into production around the same time, in late 2021) and the inside will be “bang up to date, with lots of connectivity and screens. It will be watertight and warm and comfortable, something that wasn’t always true of other utilitarian vehicles in the past,” Toby Ecuyer, head of design, there with a veiled swipe at the cars Ineos cites as inspiration for the Grenadier – Land Rovers, Land Cruisers and Hiluxes, yes, but also Unimogs and tractors. Proper.

Mathematicians will have spotted we’re still 18 months from production, unusually early to show your cards, but then Ineos is aware of the mountain it has to climb. Heilmann again: “It’s early, yes, but the design is complete, we’re proud of it and we don’t need to try and protect sales of previous models. We also understand it’s a mammoth task to build the brand and get the word out there.”

The basics are this: the Grenadier sits on a steel ladder frame chassis sourced from Toyota, it has a 3.5-tonne towing capacity, uses multi-link suspension but with beam axles and separate coils and dampers to give you a fighting chance should something go snap in the field. It’ll be assembled at a new factory in Bridgend, it’ll use straight-six petrol and diesel engines with a ZF automatic gearbox supplied by BMW and a rigorous 1.8 million km testing programme starts now.

The way this thing looks is dictated by function, so boxy with short overhangs and a Defender-slept-with-a-Land-Cruiser-vibe was always likely, but serious thought has gone into the no-frills aesthetic. Ecuyer on what makes utilitarian heroes great: “They’re all easy to read. You can see just from looking at it how the car went together – that’s an important part of its DNA. There’s something reassuring and calming about something that’s easily understood, you’re not mystified by it.”

He mentions a few highlights, subtle things that help bind the design together – the matching round headlights and taillights giving the “subconscious idea of a tube running through the car". Integrated roof rails let you strap down a few sheets of plasterboard if you don’t want to go the whole hog with a roof rack, and those stripes on the doors aren’t there for show, Ecuyer calls them the “ultility belt", a clip system letting you attach various accessories along the flanks. Ineos will be offering a load of in-house accessories, but if you already own a set of spotlights, good news, there’s a switch inside and the roof is pre-wired.

Around the back, a cheeky dig at the new Defender: “The little door opens first, so you can throw a bag of shopping in there, or you can open the whole thing and it’s wide enough to get a palette in. We went through a number of split tailgate options and decided a single side-hinged door would just be vast and impractical.” Ouch.

Speaking of which, just for fun, we asked CEO Heilmann for his thoughts on the new Defender: “It’s completely different to what we’re doing, but it’s a very good car, it’s very capable, but it leaves me cold. It doesn’t get me excited. We’ve got a working field dog and they’ve got a kind of town dog. Both are lovely, both do what they say on the tin, but I think they’re breeds apart now.” A career in politics beckons.

Which brings us to the price, and more question-dodging from Heilmann: “We want it to be attainable, but it will not be cheap because we’re not building a cheap car. These are high-end components. You’re paying for what’s under the skin and we’ll make that accessible at a very competitive price.” For now then, pick a number.