McLaren will keep its supercars on a carb-free diet 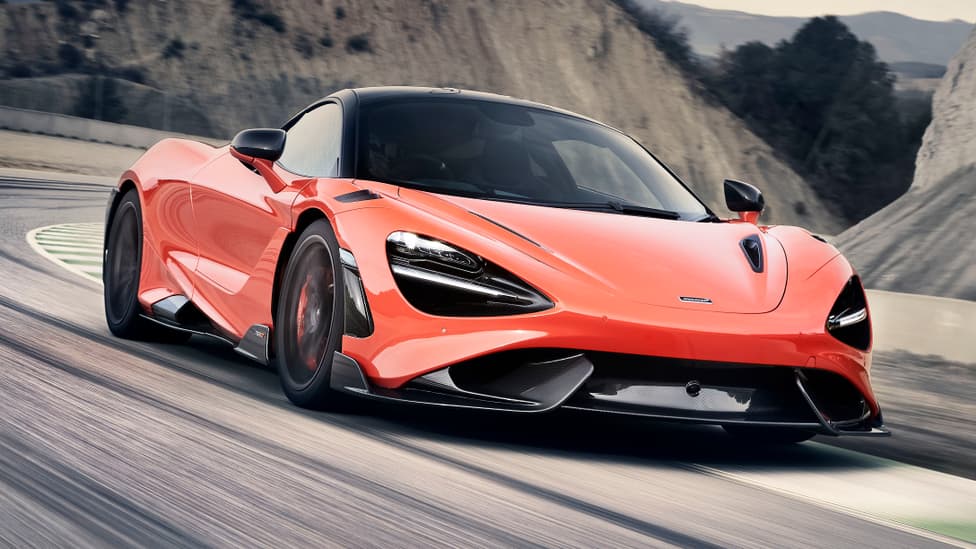 McLaren is committed to cutting the carbs from the diet of its supernaturally fast supercars. Bossman Mike Flewitt reaffirmed his company’s commitment to winning the ‘weight race’. Ensuring his cars are, in modern parlance, shredded.

“Reducing vehicle weight is at the centre of our strategy for the next generations of McLaren supercars,” Flewitt said. “Vehicle mass is the enemy of performance whether a car has a conventional internal combustion engine or a fully electrified powertrain, so winning the weight race is an absolute priority for us.”

No doubt sounding like a lot of common sense – and something TG has long held to be true, that the lighter a performance car is, the better it becomes – it still feels good to hear that manufacturers are actively pursuing the motoring equivalent of two per cent body fat and a six pack.

Flewitt points to the recently unveiled 765LT. That car somehow weighs 80kg less than its 720S donor, at 1,229kg (dry), basically the weight of a medium-sized baked potato. And by 'somehow', we of course mean a super lightweight carbon fibre tub - McLaren's new Monocage II - lightweight windows, polycarbonate glazing on the back, and a titanium exhaust system. There are even such gloriously nerdy things like ‘helper’ springs, lightweight wheels and wheel bolts, and carbon fibre aero parts, body panels and even the seats and centre tunnel.

“We are already class leading and committed to further driving down weight in order to be in the best possible position to maximise the efficiency and performance of hybridised models to be introduced by 2025,” Flewitt said.

Forgotten already? McLaren remains on track to build a proper electric supercar in the future, preceded by actual hybrids, too. The P1 it seems, was no flash in the pan. More like a really stiff jab to set up the lef- ah, enough boxing.

Anyhoo, pleased to see McLaren continue to beat the drum for lightweights? Or do you really just want a McLaren SUV with all the trimmings? (Hint: you’ll likely never see one. Sorry.)

Also, while we're on the subject of cars, and diets, maybe wander over this way...