Harris pays tribute to the ground-breaking racing driver and presenter 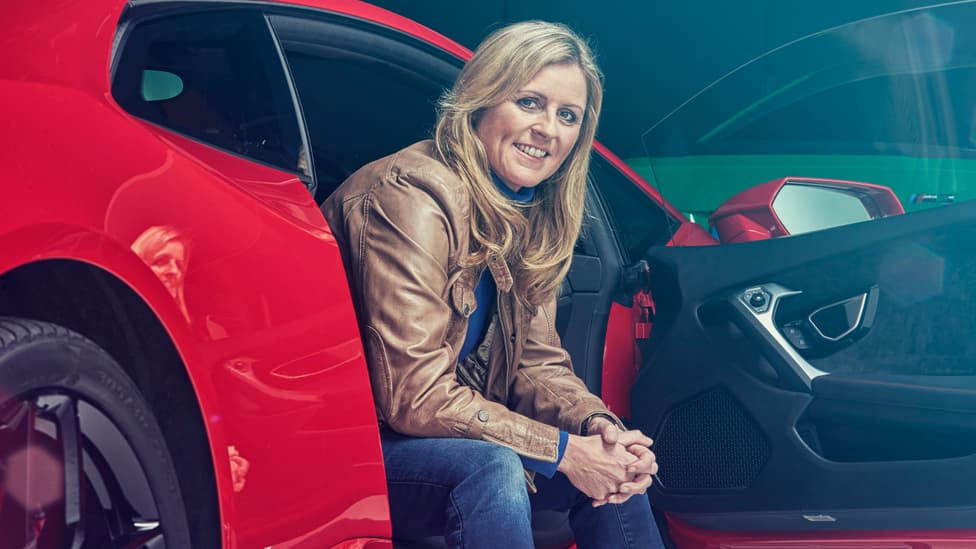 The motoring world lost one of its true legends last night, when the powerful and irrepressible Sabine Schmitz passed away, aged just 51.

Already a key figure at the Nürburgring after becoming the first, and still the only woman to win the gruelling 24-hour race, she shot to international fame by uttering the immortal phrase: “I do that lap time in a van.”

She beat Jeremy’s time in a road car, while lobbing a Ford Transit about the Eiffel mountains in her normal style. She’s been a part of Top Gear ever since, and the thought that she won’t be any more makes me feel very, very sad.

Sabine was born and bred at the Nürburgring. Her mother ran a local hotel and she quickly established herself as a local specialist around the most challenging race circuit on the planet. On the back of her regular racing outings in the VLN championship and the 24-hour events, she became the main tourist attraction as the driver of the ‘Ring Taxi. Lord knows how many sets of tyres and brakes she got through over the years, but there are thousands of people who had the pleasure of seeing her driving skills up close, and I think she loved how much she could shock middle-aged men who thought they could drive a bit – until they saw what she could do.

She was a bundle of energy, one of those people whose resting facial expression was a huge grin, and she was so much fun to be around and to work alongside. She had been battling cancer for some time, but I suppose we just assumed that it being Sabine – unstoppable Sabine – she would win that one as well.

The Top Gear family will miss her terribly, as will her army of fans. Sending our love and thoughts to Klaus, her family, close friends and the Frikadelli Racing team she was so proud of.