The old BMW 7 Series is just cooler than the new one. Discuss

BMW celebrates 40 years since the first E23 appeared. But the E23 is just better 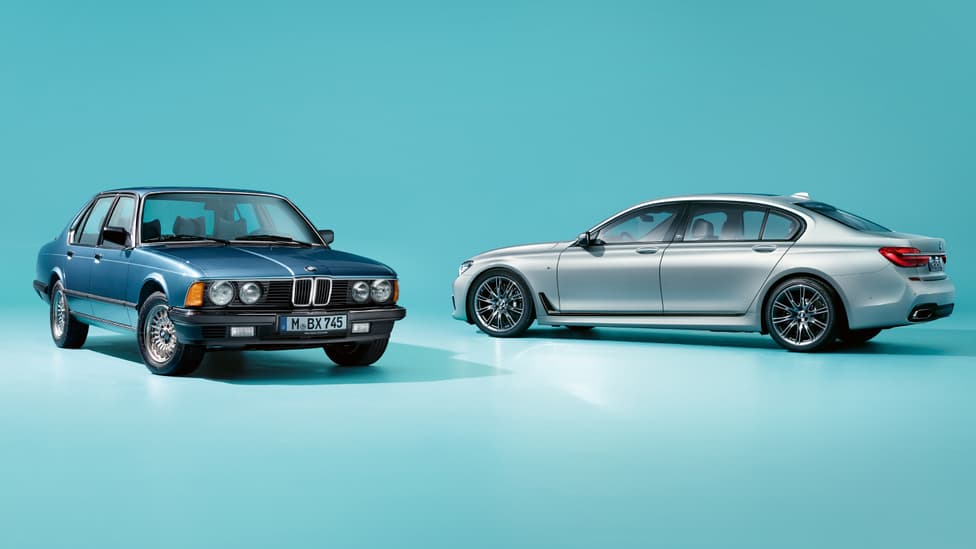 At the Frankfurt Motor Show in September, BMW will unveil a special, '40 Jahre' edition of its all-new 7 Series. It is intended to celebrate 40 years since the first, E23 BMW 7 Series arrived, and it puts us in a bit of a quandary.

Because while the new BMW 7 Series is a fine car - high-tech underpinnings, good engines (including the lightly nutty 6.6-litre blown V12 in the M760), and much connectivity - it's frankly not as cool as the original one.

Which BMW has very helpfully reminded us about. Just look at its sharp-nosed, angular magnificence. It marked something new for BMW - a new design language, and a new beginning, following BMW's E3 'New Six' line of luxury saloons (themselves a response to Mercedes-Benz).

All cars came with a straight-six in many variants - ranging from 2.5 to 3.5-litres in size - all packaged up into that new silhouette. A stronger sloping design, shorter overhangs, that shark-nosed face. All excellent.

It was of course, packed to the rafters with tech of the day, as befits a luxury saloon. Air conditioning! Gauges! An on-board computer! In-car telephones! Leather! Power windows! And yes, the exclamation marks aren't those of derision, but of delight - remember, this was 1977.

And it all kicked off with that little ol' E23. So while the new 7 is fine, the old one is just better.

Tell us we're wrong (even though we're not).