Buy a new Audi… IN SPACE*

*virtually, of course. TG gets to grips with Audi’s upcoming digital showroom 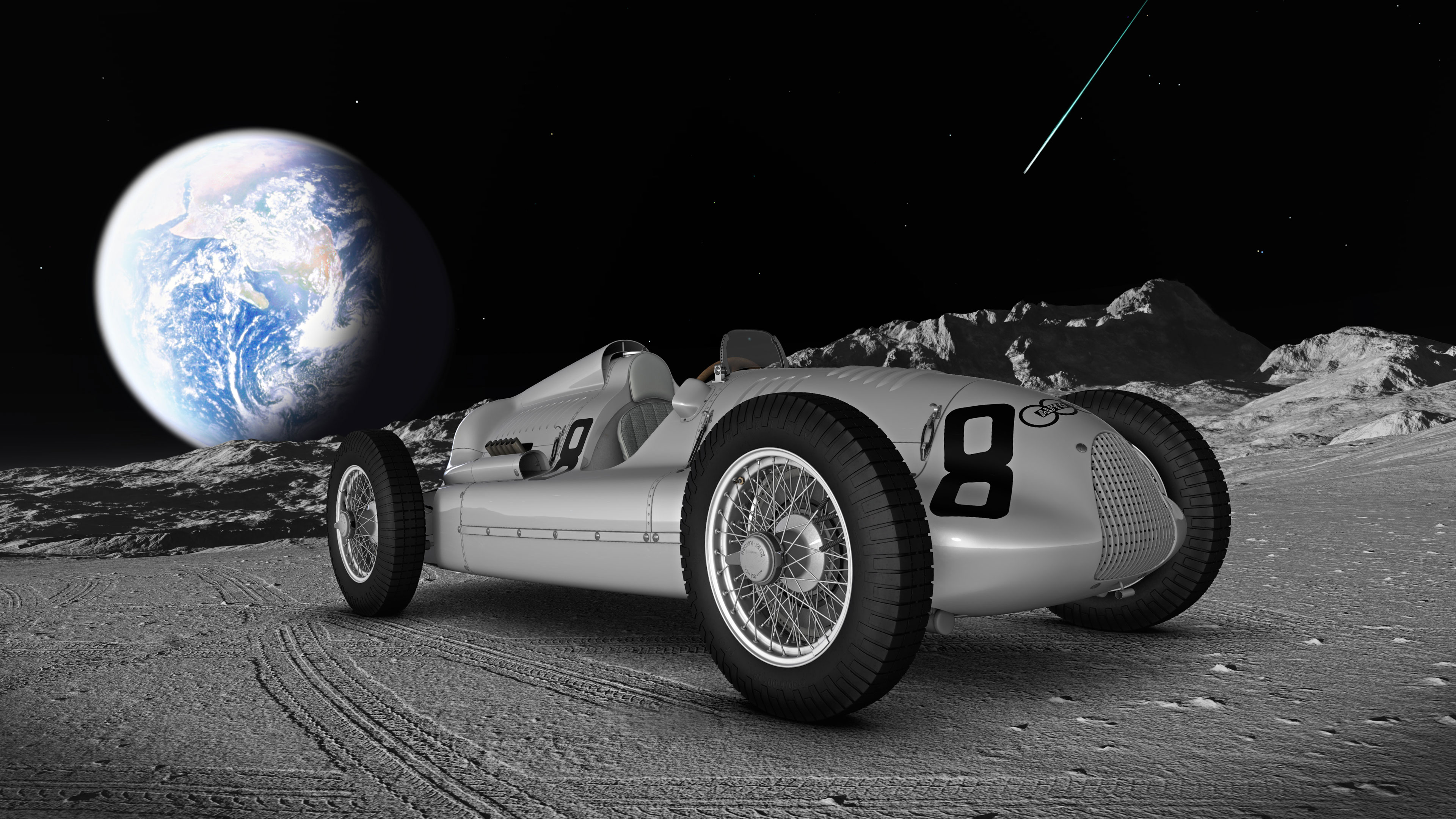 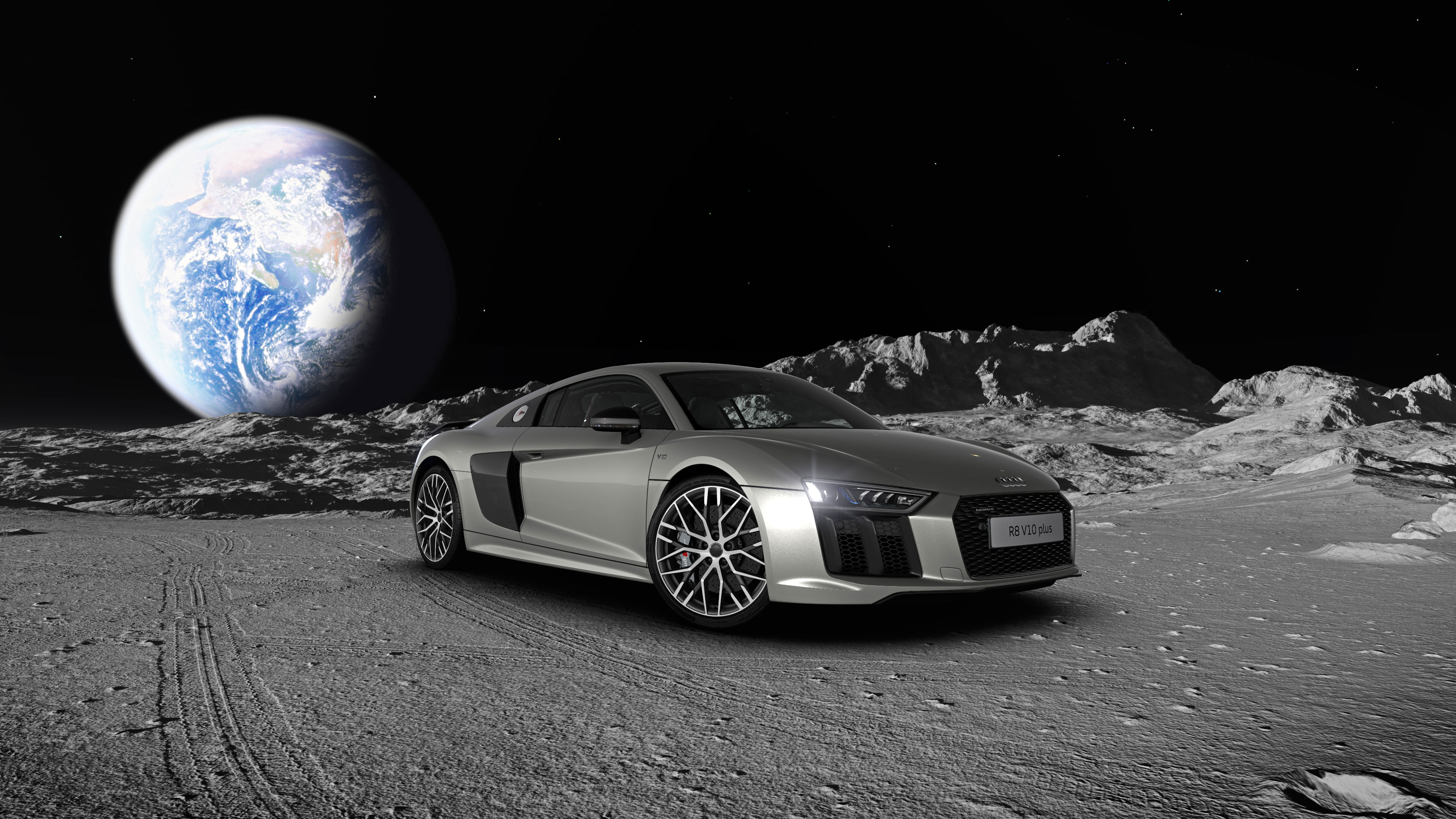 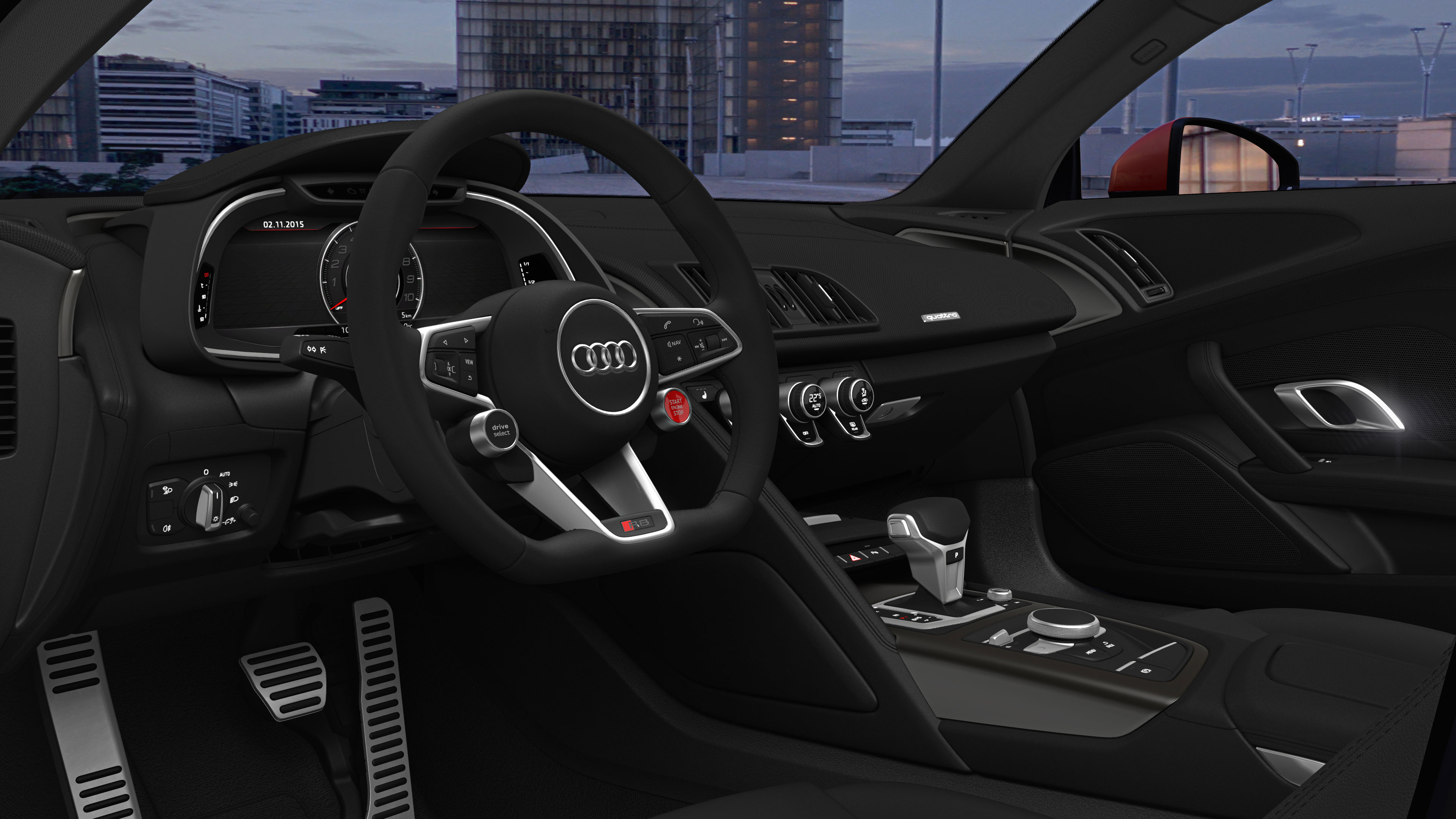 Eat that, Tim Peake. Our new favourite space cowboy may have made the headlines, but has he ever stood on the surface of the moon overlooking planet Earth with a 1930s Auto Union Type D race car sat beside him?

Yeah, thought not. That’s my current predicament. On the moon. All the Earth. The glory of that twelve-cylinder AU racer, and nothing but the majestic, endless, crushing, infinite panorama of space to keep me company.

That, and a small plethora of sensors, a headset, lots of computing power, and a small flight of fancy. I’m not really on the moon, silly, it’s all virtual reality; part of Audi’s bid to make the showroom of the future much more involving.

The story (sort of) begins way back in 2013, when Audi began developing its VR experience having already opened a digital showroom in London. That initial car configurator has been honed since; because the headset puts you right in the middle of a new digital world without any actual physical reference points, at least 90 frames per second and a max of 20 milliseconds of time between movement and response was the target.

Why so precise? Get VR wrong, and you’re likely to feel a weird sort of motion sickness.

The premise then, is simple: constructing, for example, your bespoke R8 in real life just so you could take a look at it is costly; with a VR showroom, you can take this first tentative step without, y’know, having to actually build the thing, or indeed phone around various showrooms to see if they’ve got your exact one in stock.

So, at the recent Consumer Electronics Show, TopGear.com was granted a special preview of the latest step in this digital tech; that of the ‘advanced’ virtual showroom. With the help of UK-based Zerolight – a company working out of Newcastle – who supplied a graphics engine powerful enough to support the detail necessary (we’re talking between five to seven million polygons) to view a car through virtual reality, we first stepped inside and around a new R8 V10. It was good.

Things like walking around the car (you have to be in a special 5x5m room, which is currently being trialled in three Audi locations, with more to come in Summer 2016); kneeling down to take a closer look at the alloys; opening the door and peering inside; sitting on a bench as though you’re in the driving seat and looking around the cabin.

Oh, and another extremely cool innovation is the ability to view x-ray details of the car – step into the engine bay for example, and you’ll see the V10’s inner workings. You can hear stuff too: the doors opening and closing, clicks and of course, the engine. An Audi V10 by the way, sounds good.

Then of course, there’s the option of changing the background entirely. “Few customers who visit their local Audi dealership expect to end up on the surface of the moon,” says Audi, “being able to admire the 12-cylinder engine of a nearly 80-year-old Auto Union Type D racing car.”

It’s certainly a unique way of checking out your potential purchase. But will this pave the way for a revolution in the showrooms, or is it all just a bit of a gimmick? Have your say below...