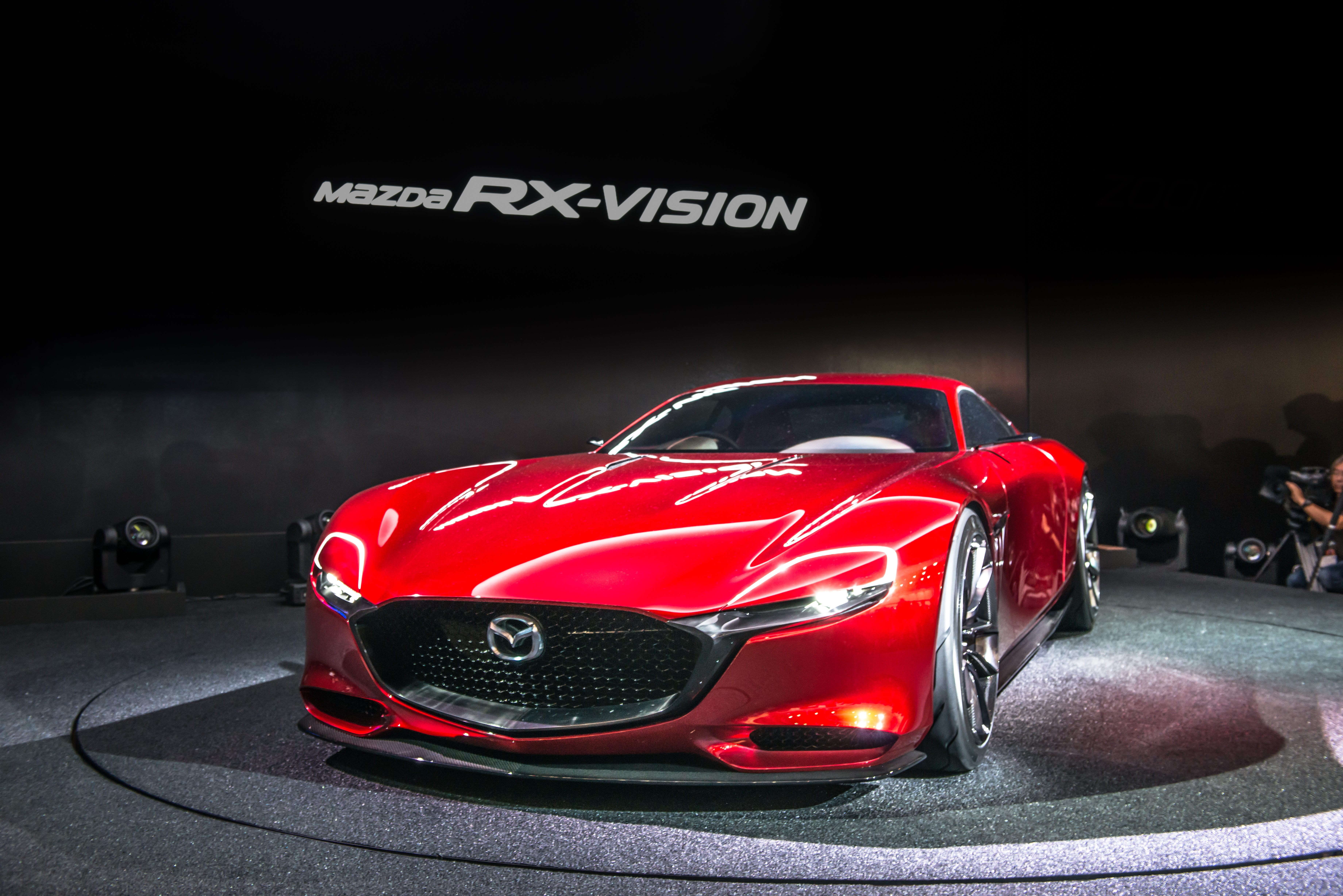 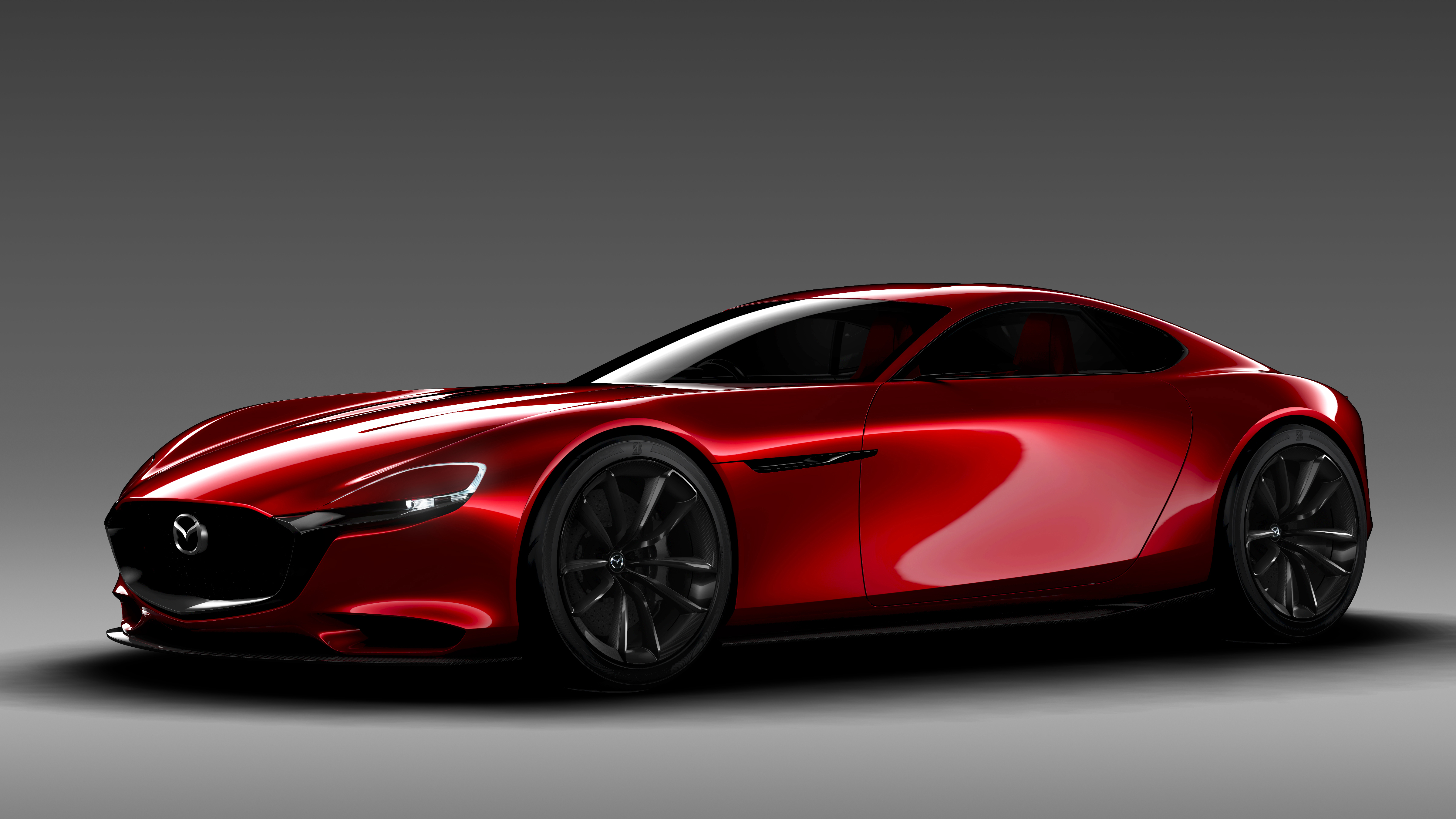 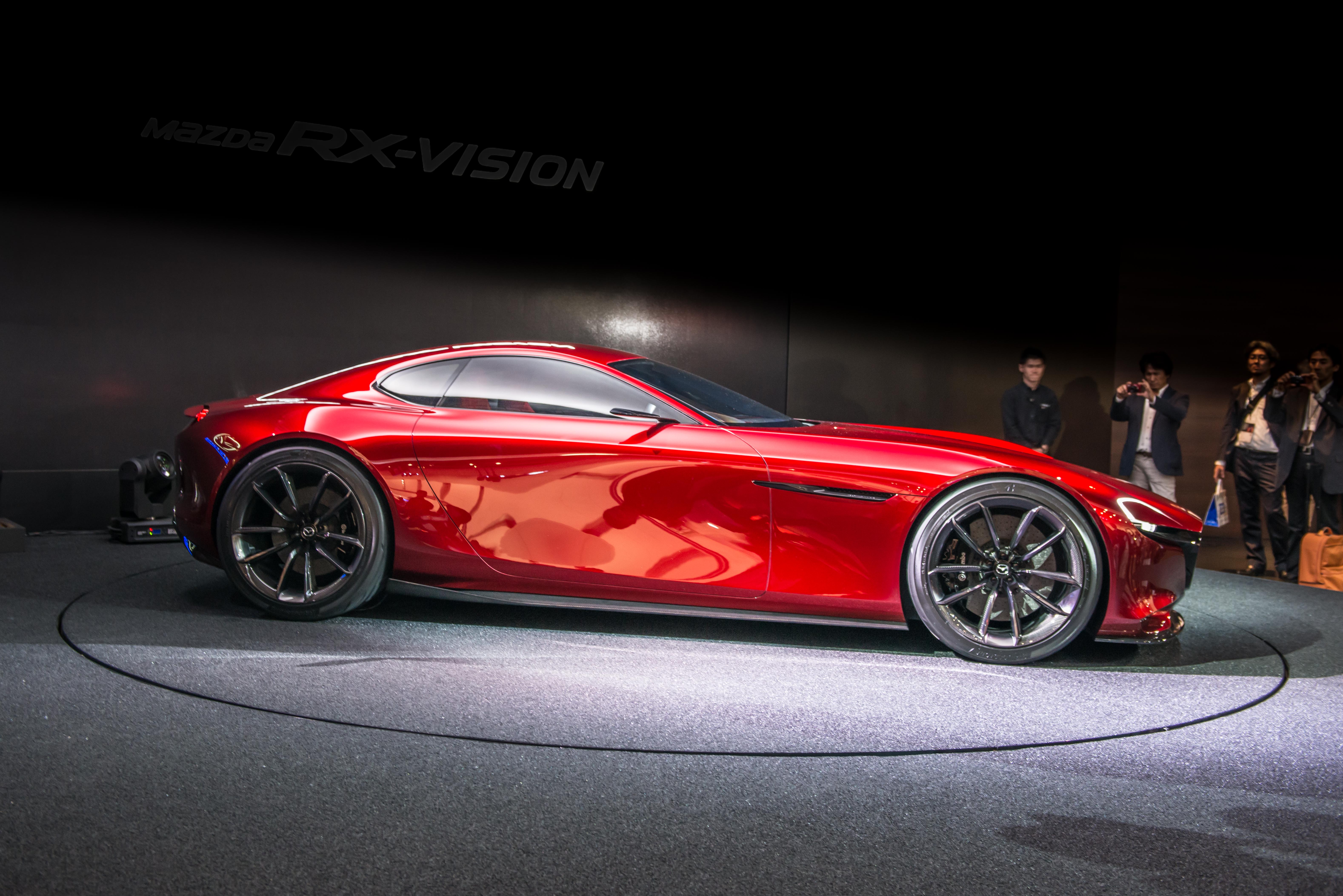 Today we get to see the next chapter in Mazda’s love affair with the rotary engine: it’s called the RX-Vision, revealed today at the Tokyo Motor Show.

A time to rejoice then, that there’s still room for freedom of expression in an increasingly homogenised car industry. The RX-Vision is a two-door, two-seater sports coupe that previews a successor to the RX-8 – and will bring back the RX-7 name for the fourth time in Mazda’s history. If it can overcome the financial and technical hurdles to actually make it to the showroom, that is.

“Will it be called RX-9? Well, all previous RX-7s have been two or 2+2 seaters and the RX-8 was a four-seater, so what would that make RX-9? A six-seater? This concept is a two-seater so you can imagine which number fits best,” Kiyoshi Fujiwara, Mazda’s head of R&D told us at the Tokyo show.

The RX family’s front-engine, rear-wheel drive formula is untinkered with, but what’s under the hood is box fresh. It's a “next generation” rotary engine christened SKYACTIV-R that Mazda says addresses the three perennial stumbling blocks for Wankel engines: economy, emissions and reliability. 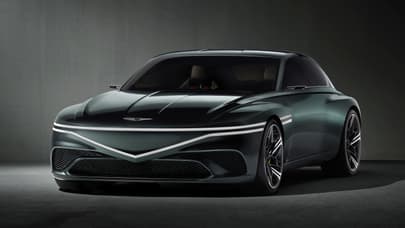 This is the all-electric Genesis X Speedium Coupe concept

Fujiwara wouldn’t be drawn on specific numbers, but he did say this: “If we are able to mass produce this car, then maybe a Porsche Cayman is the right comparison, but like the MX-5 we want to make it lighter.”

Now we’re getting somewhere. A standard Cayman has 271bhp, a Cayman S 321bhp, so let’s split the difference and assume Mazda can extract 300bhp from its new rotary. It would need to weigh in the region of 1,300kg to undercut the Cayman by 100kg – enough for 0-62mph around the five-second mark.

To reach those heights turbocharging seems likely. “I can’t go into details, but we believe turbo is one of the options we can look at for rotary,” said Fujiwara. “At this moment we’re not working on a rotary hybrid system,” he added. And what of CO2 and NOx emissions? Fujiwara claims “it will be at the same level for an equivalent standard petrol engine.”

The styling conforms neatly with the minimalist Kodo design language already deployed across the entire Mazda range – further hinting at its production readiness. But whereas the MX-5 is all built around a compact and lightweight philosophy, the RX-Vision gets to stretch its legs a bit. As you’ll no doubt spot, it’s absolutely gorgeous.

Clearly, Mazda doesn’t do things like everyone else. It’s shunned turbochargers in its small SKYACTIV petrol engines, kept the MX-5 alive and kicking despite shrinking roadster sales globally and has demonstrated an unwavering commitment to the rotary engine since the early 60s – the only major car maker ever to do so. And just when you thought a rotary engine couldn’t possibly meet modern emissions regulations, it’s gone and pushed the boundaries again.

And in a moment of impressive product planning symmetry, it’s been 12 years since the RX-8 arrived, the exact same gap between the third-generation RX-7 and the RX-8. Clearly the time is ripe for Mazda’s next halo model. It also attached this slogan to the teaser video: “This model represents our dream. But we don’t want it to stay a dream forever.” Sounds pretty unequivocal to us.

Big question is, when exactly will the new RX-7 arrive? Launching in 2017, to coincide with the 50th anniversary of the first rotary-engined Mazda, is something Fujiwara “would dearly like to do” if he could, but it sounds a little soon. Although he “already has a solution for technical issues,” the more pressing issue is making the company more financially robust, and less Japan-centric. Only then can it cut loose and do what we’re all screaming for – turning the RX-Vision into a reality.

Now, to deepen your appreciation of Japan’s ballsiest car company, sit back and enjoy our gallery of Mazda’s previous rotary efforts by clicking here. From the Cosmo Sport, where it all began, to a 700bhp Le Mans winning racecar, there really are some corkers…