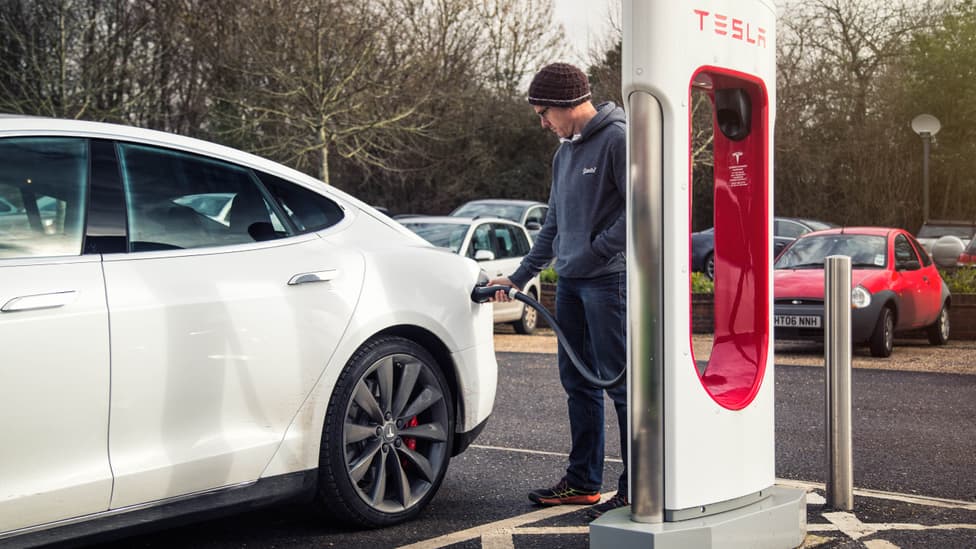 Huge news in EV land – Tesla has announced that its non-Tesla Supercharger pilot scheme has today expanded to include the UK and a few other European countries. In plain English, that means all electric cars on our shores can now use Tesla’s fast-charging stations.

Tesla has said that 15 Supercharger stations in the UK will be a part of the pilot scheme to begin with, meaning 158 individual chargers are now available to those who haven’t bought an EV devised by Mr Musk.

Drivers will be able to use the Tesla app to find the stations and charge their cars, and the company is also launching a membership model that offers the chance to pay £10.99 per month to access lower kWh pricing. If you don’t sign up for that, you’ll pay roughly £0.60 per kWh at a Supercharger if you’re not driving a Model 3, Y, S or X. Pricey, but perhaps worth it given the reliability of the network.

The non-Tesla Supercharger pilot was first launched in November 2021 and up until now has only been active in the Netherlands, Germany, Belgium, France, and Norway. This expansion brings in the UK, Spain, Sweden and Austria.

“Access to an extensive, convenient and reliable fast-charging network is critical for large-scale EV adoption,” reads a Tesla statement. “That’s why, since opening our first Superchargers in 2012, we have been committed to rapid expansion of the network. Today, we have more than 30,000 Superchargers worldwide.

“Tesla drivers can continue to use these stations as they always have, and we will be closely monitoring each site for congestion and listening to customers about their experiences.

“More customers using the Supercharger network enables faster expansion. Our goal is to learn and iterate quickly, while continuing to aggressively expand the network, so we can eventually welcome both Tesla and non-Tesla drivers at every Supercharger worldwide.”

So, what do we reckon folks? Is this a good move from Tesla?