Americans, this is the new Chevrolet Bolt EUV

… and the standard Bolt EV hatch has been facelifted too 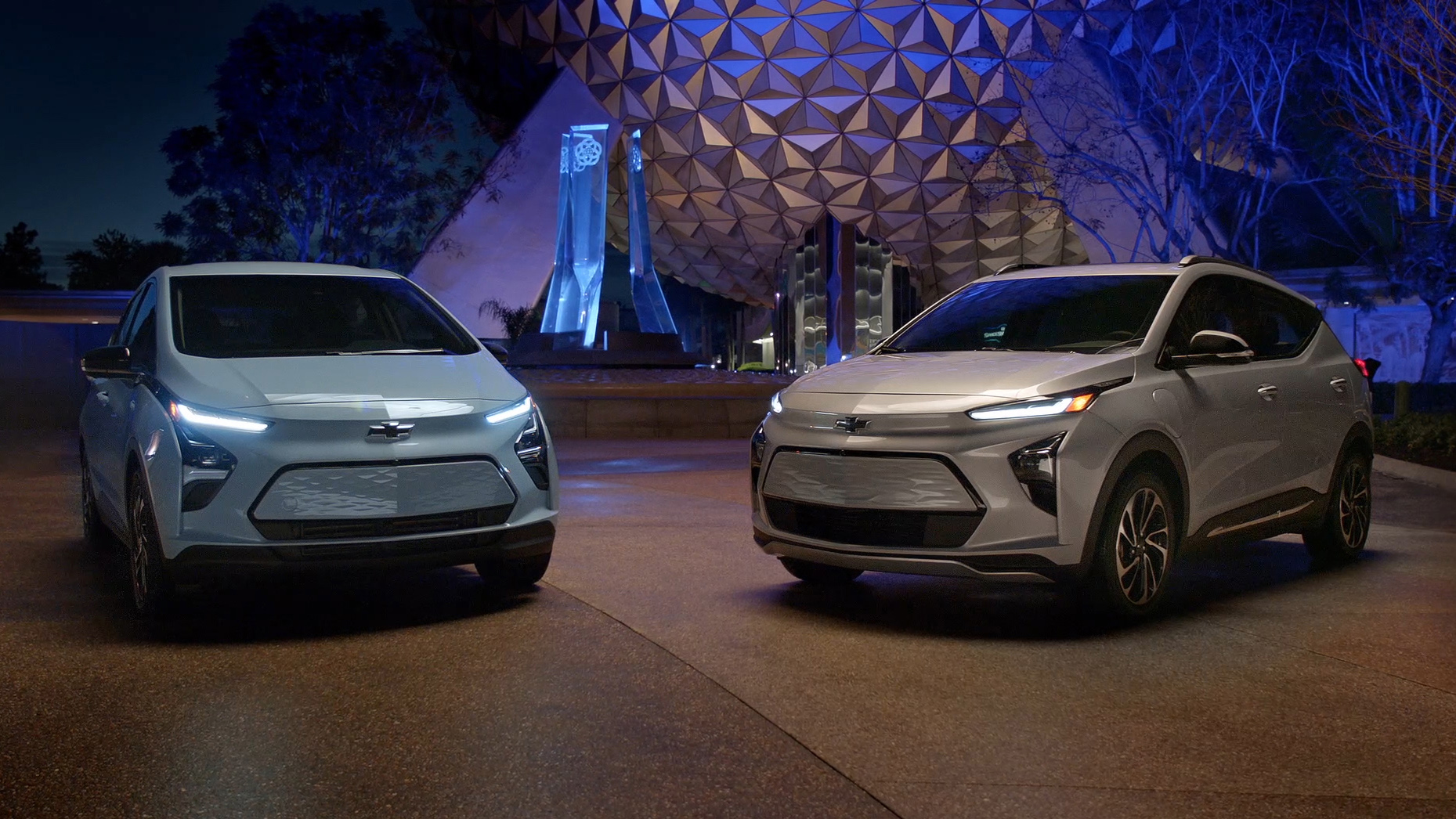 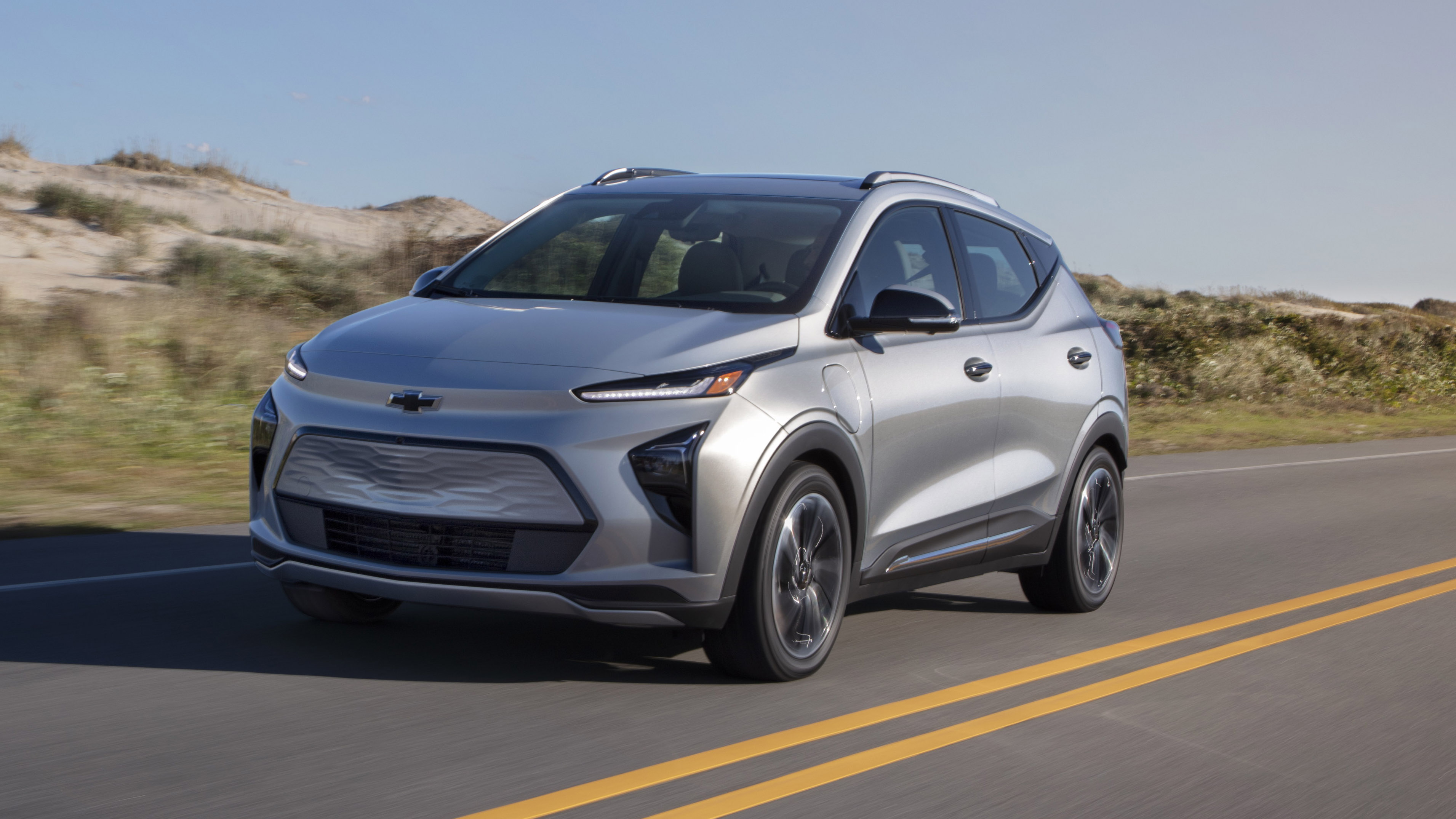 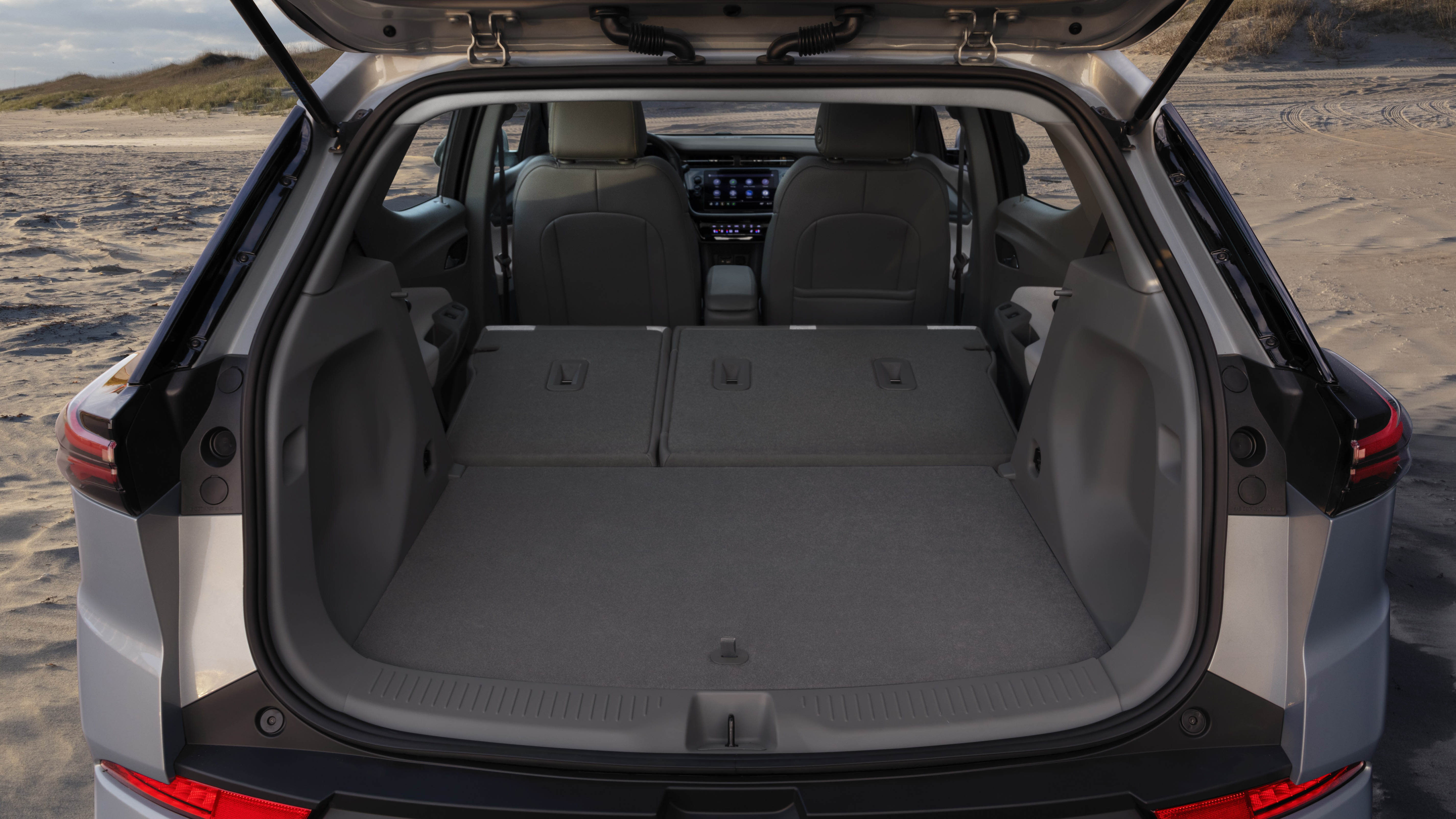 Let’s kick off with the all-new car from this duo. Chevrolet knows that the people want SUVs, so it’s hardly surprising to see a crossover’d Bolt coming to the North American market. The EUV uses the standard Bolt EV architecture – meaning a 65kWh battery is connected to a single electric motor that drives the front wheels with 197bhp and 266lb ft of torque.

There’s the ability for one-pedal driving and the EUV manages 250 miles of range on a single charge. At a DC fast charger, you’ll get 95 miles of range in 30 minutes. Despite the similarities to the hatch under the skin, though, Chevrolet says that no exterior sheet metal parts are shared between the two cars. The EUV is around 15cm longer and provides over 7cm more rear legroom. What do we think of the looks? Certainly a striking front end, isn’t it?

It’ll also be the first Chevrolet to get GM’s Super Cruise part-autonomous driving tech. It’s essentially a system that uses lidar and driver attention cameras for hands-free driving on over 200,000 miles of compatible road in the US and Canada.

Prices for the EUV will apparently start at $33,995, with a fully-loaded Launch Edition that includes Super Cruise, a sunroof and unique 17-inch wheels costing $43,495 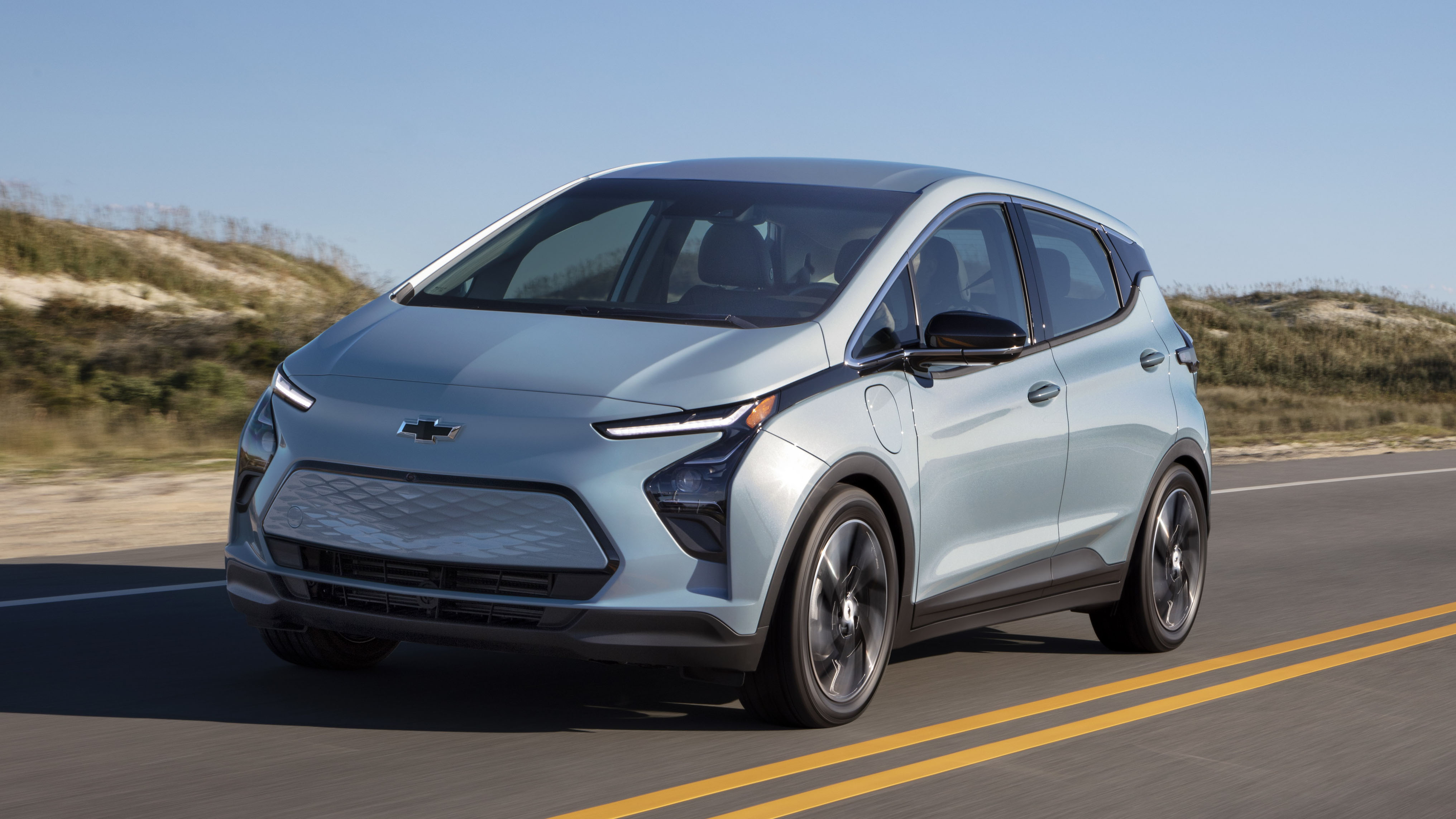 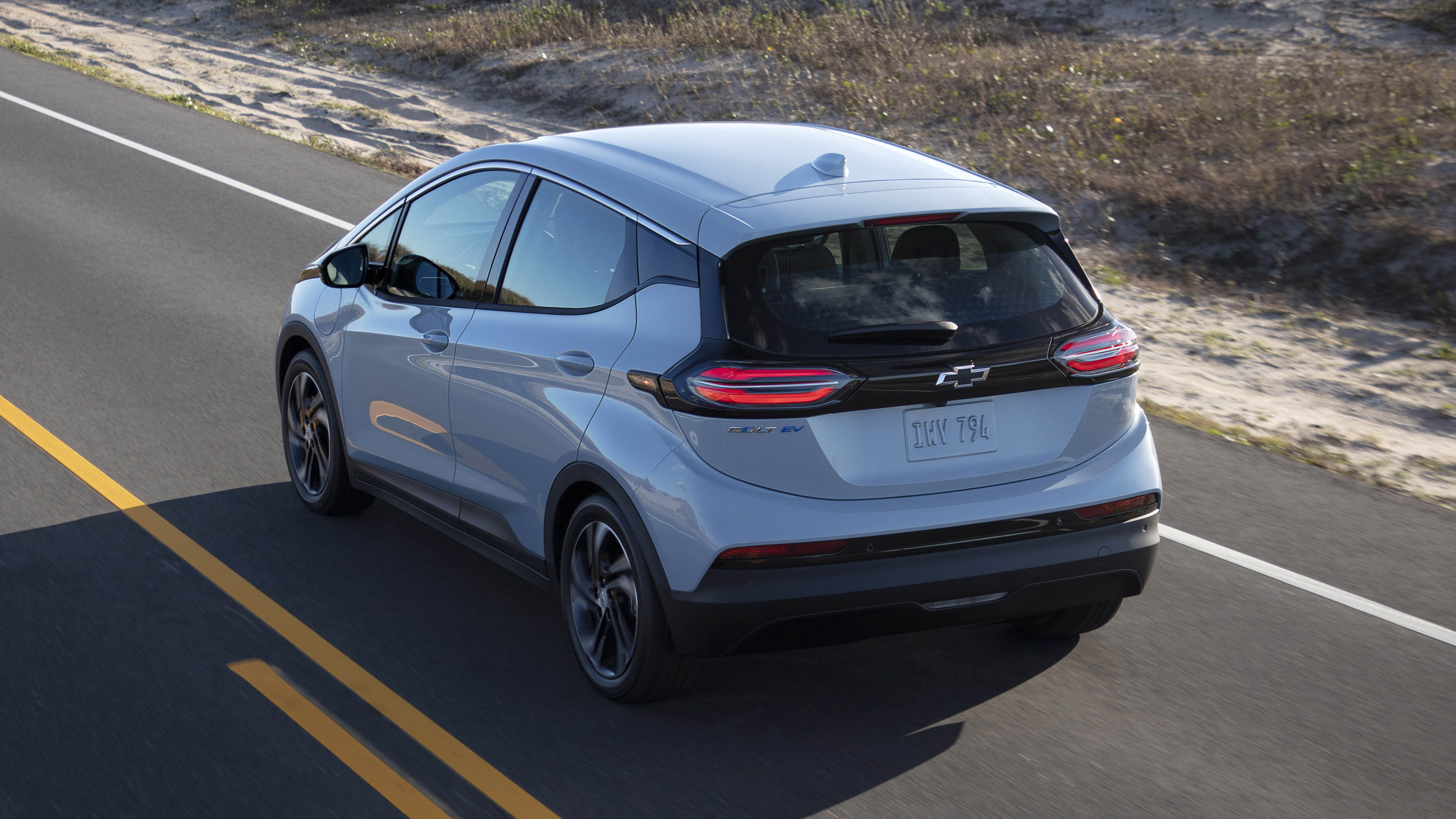 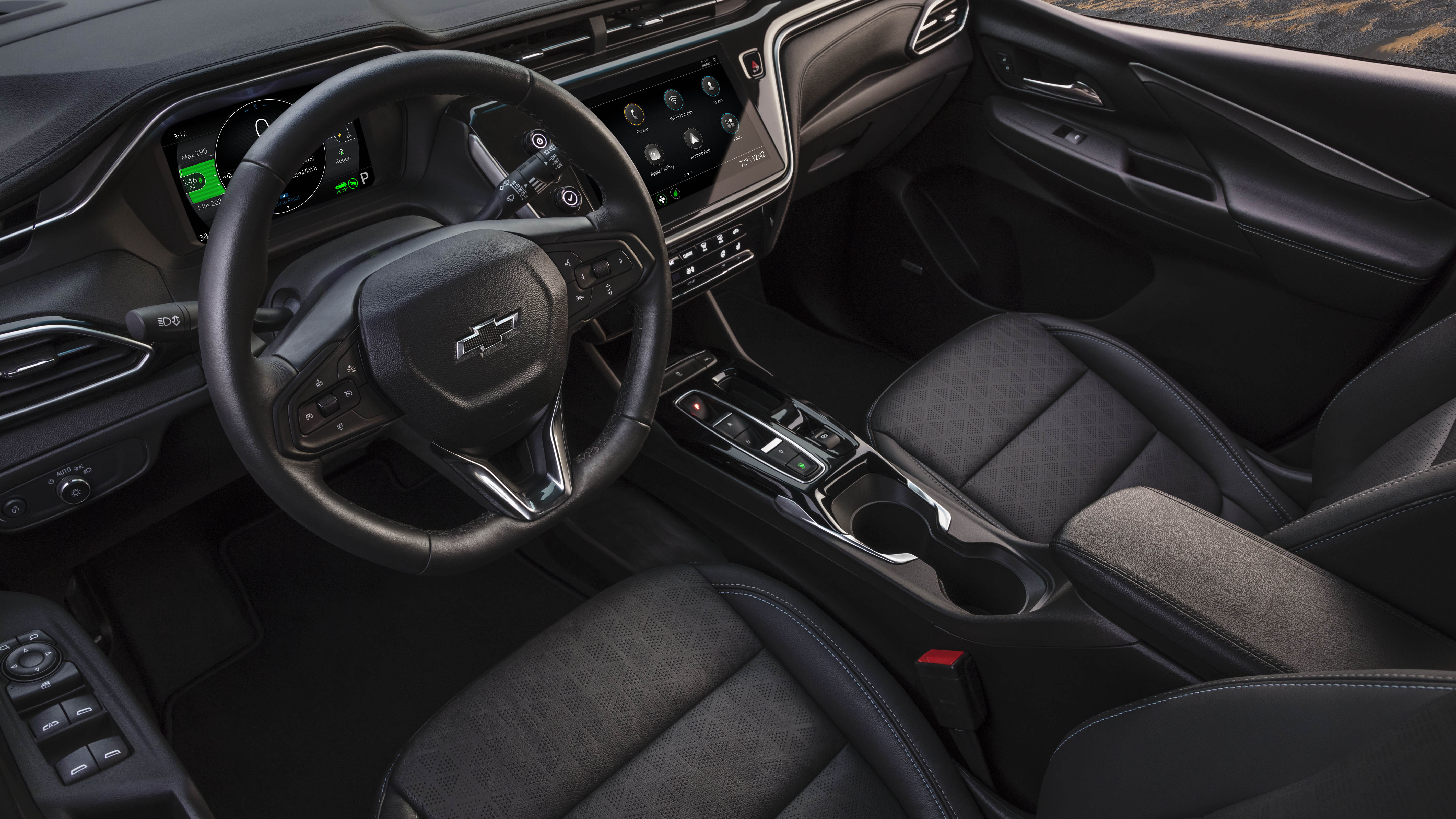 The Bolt EV – not to be confused with the old plug-in hybrid Volt which made it to our shores as the Vauxhall Ampera – has been on sale since 2017. Chevrolet says that three-quarters of Bolt buyers are new to GM, so it’s fair to say this is an important refresh. Have they got the looks right? It’s far more futuristic that’s for sure.

The interior has also been updated with new seats, a 10.2-inch infotainment screen and an 8.0-inch dials display, all of which can also be found in the EUV. Because the hatch is smaller and just over 40kg lighter, though, it gets a slightly larger range of 259 miles from the very same powertrain – the same figure as before its facelift.

There’s still the same eight-year/100,000-mile battery warranty too, although the Bolt EV hatch is now a fair bit cheaper, with prices starting at $31,995 before grants. What do we think, American friends?