Analysis: sales of petrol, diesel and hybrid cars to stop in 2035 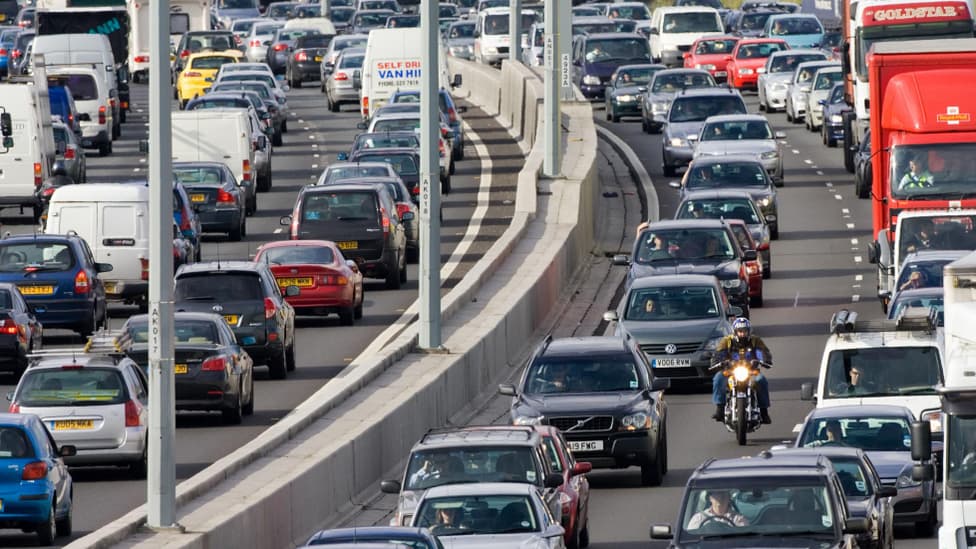 From 2035, all new cars sold in the UK will have to be full-electric, either battery or fuel-cell. The Government had said it'd ban pure-petrol and diesel from 2040. The new rule is stronger in two ways. First, it brings the date closer by five years, and secondly it will also ban hybrids.

On the face of it, this is a huge stretch goal. We've had Zoes and Leafs and Model Ss on sale in the UK for much of the past decade but EVs are still a minority choice. In all of 2019 38,000 pure EVs were sold. That's one in 60 of the total new cars.

Mind you, this year will see a whole lot more, because of new emission and tax rules which give huge incentives for company-car drivers to choose electric. Actually many manufacturers were choking demand for EVs last year. They wanted supplies in hand for this year to claim them toward their average CO2 targets, which get much stricter in 2020. So there's supply-side push and demand-side pull.

The car industry body, the SMMT, says it's going to be hard. Chief Executive Mike Hawes said: "With current demand still just a fraction of sales, it’s clear that accelerating an already very challenging ambition will take more than industry investment." Of course.

Hawes also mentions hybrids, and of course via Toyota the UK industry, which Hawes is the lobbyist for, makes loads of hybrids.

Some manufacturers clearly have the capability to get into EVs quickly. Tesla, Nissan and Renault have been there for years. The VW Group has recently raised its forecast, saying that in 2025 a fifth of all its group sales will be pure electric. Kia says it'll be 20 per cent of its sales by 2025.

That's just five years from now. It's easy to see how another decade of change to 2035 could get it to entirely electric in some countries – including ours if that's what the law says.

Volvo goes further. A few days before UK PM Boris Johnson made the announcement I interviewed Volvo CEO Hakan Samuelsson. He said: "By 2025 we will have a full electric version of all our cars. And actually half our sales will be electric." Yup, half of all Volvo sales worldwide will be EV just five years from now.

Beyond that, Volvo's proportion will rise rapidly. "We will be climate neutral by 2040." Samuelsson stresses this includes manufacture as well as driving.

Remember, Volvo at the moment has no full-EV. But the Polestar 2 is going into production ("The only competitor to the Tesla 3," says Samuelsson) and an electric XC40 has been announced. It'll be followed by electric versions of the next-gen 90 and 60-series Volvos. The first of those will be the Mk3 XC90 in 2022.

So you can see how fast a company can pivot its production to electric. Of course it needs the batteries. Samuelsson says: "We've secured battery supply for our 2025 target. They are climate neutral minerals and cell factories – they must show us a road map for renewable energy." Volkswagen and BMW too have got massive investments in battery production, and strong policies on ensuring the minerals are responsibly sourced and the cell factories use renewable power.

But what about price? At the moment EVs are more expensive than combustion. But they're cheaper to run. It's getting easy to compare. Vauxhall, Peugeot and Mini are introducing cars you can have with electric or petrol. The electrics have higher monthly payments for a car of comparable power, but over a year that's offset by the saving in petrol.

But if manufacturers can't make money making the cars, there will be none to buy.

Tesla's inability to make profit out of even high-priced electric cars is a warning. But actually Nissan has made the relatively cheap Leaf profitably, and VW insists its huge €33bn (£30bn) investment in electric cars and factories will pay off. Samuelsson says Volvo will get more profitable than it is now, not less.

What about plugging in all these cars? Well, electricity is everywhere. People who have off-street parking – and they own 60 per cent of the cars in the UK – will be able to charge overnight at home. For those of us who don't, there are still answers. There are already 2000 sockets in lamp posts in London, as well as lots of bespoke 7kW units on pavements. Those numbers are rising fast.

The provision of DC rapid chargers, adding say 200 miles' range while you have a sandwich and a pee, is growing too. Look at the number of Tesla superchargers at any motorway service station. It's an example to the non-Tesla providers of how it can be done. The more cars there are, the more it will be worth installing those chargers.

But will the electricity generation be plentiful enough, and green enough, and will the grid be able to cope? Broadly, yes, yes and yes. I go into it in more detail here.

Of course most people can't afford a new car. This doesn't push them off the road. There's nothing in the announcement about banning the sale or use of secondhand combustion ones. If you buy a five-year-old petrol car in 2035, it'll probably still be going nicely in 2045. By which time there'll be plenty of cheap secondhand EVs.

Even for petrolheads, the ruling isn't catastrophic. A 15-year-old Mk5 Golf GTI or 997-series Porsche 911 is, right now, a very nice car. So an end-of-the-era 2034 petrol sports car will keep going nicely for years afterward.

Look, none of this is to deny there's going to have to be a big investment in electric car factories, electric car charge points and green electricity generation.

But compared with the cost of building defences against sea-level rise, it's a bargain.