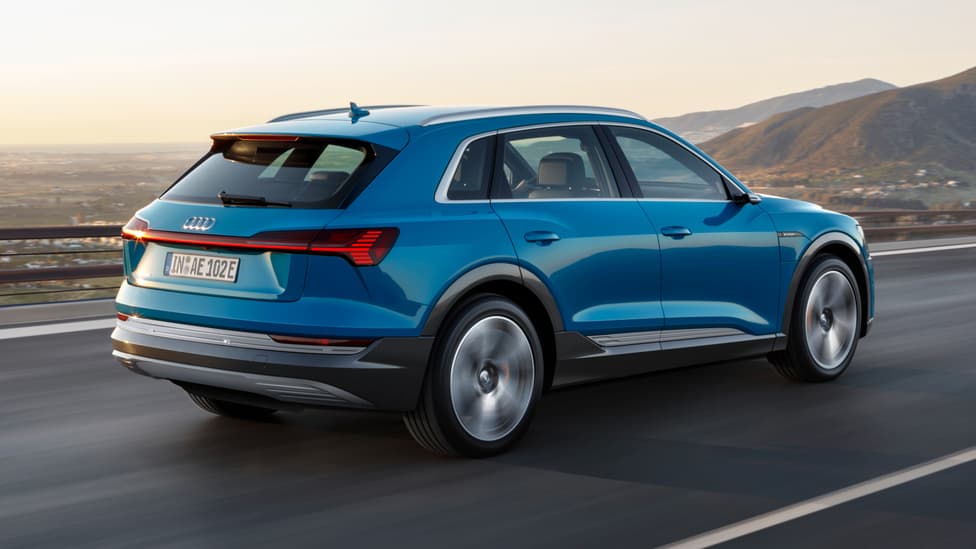 Audi is working on a faster e-tron. No, not next year’s Sportback, or the Porsche Taycan-based e-tron GT, but a quicker version of the standard e-tron SUV we’ve just driven. There will also be a cheaper entry-level e-tron.

The hot e-tron will feature a three electric motor set-up, with two motors on the rear axle. Audi wouldn’t be drawn on power output or when it was likely to appear, but the reasoning behind it is clear: with a 0-62mph time of 5.7secs, the e-tron isn’t that fast when seen alongside the Jaguar I-Pace and Tesla’s Model X.

Audi wouldn’t be drawn on further details, so it’s time for some TG guesswork. The e-tron currently develops 402bhp, around 240bhp supplied by the rear motor, another 160-odd from the front. Double the rear motor and you get to 640bhp total. The space and packaging permits it. Even if Audi reduces overall power so the rear axle doesn’t dominate, the e-tron should still match a super-saloon for power and bring the 0-62mph down to around 4.0secs. Unlikely to be much faster given the standard e-tron weighs 2,490kg.

The other advantage of twin rear motors is that they allow highly accurate torque vectoring, which should make the fast e-tron (we understand it won’t wear the RS branding) a more dynamic car.

At the same time Audi is also working on an entry-level e-tron. That one will use the regular e-tron’s twin motor set-up, but with reduced power outputs and potentially a smaller battery pack.

Rumours suggest the entry-level version could be here within 12 months, (following soon after the e-tron Sportback crossover, which is also likely to have the alternate power configurations), with the fast one following in early 2020.