£71,505
£653 p/m
External link to
with Leasing.com
Read why you can trust our independent reviews
Top Gear Team
Published: 20 May 2021
Skip 11 photos in the image carousel and continue reading 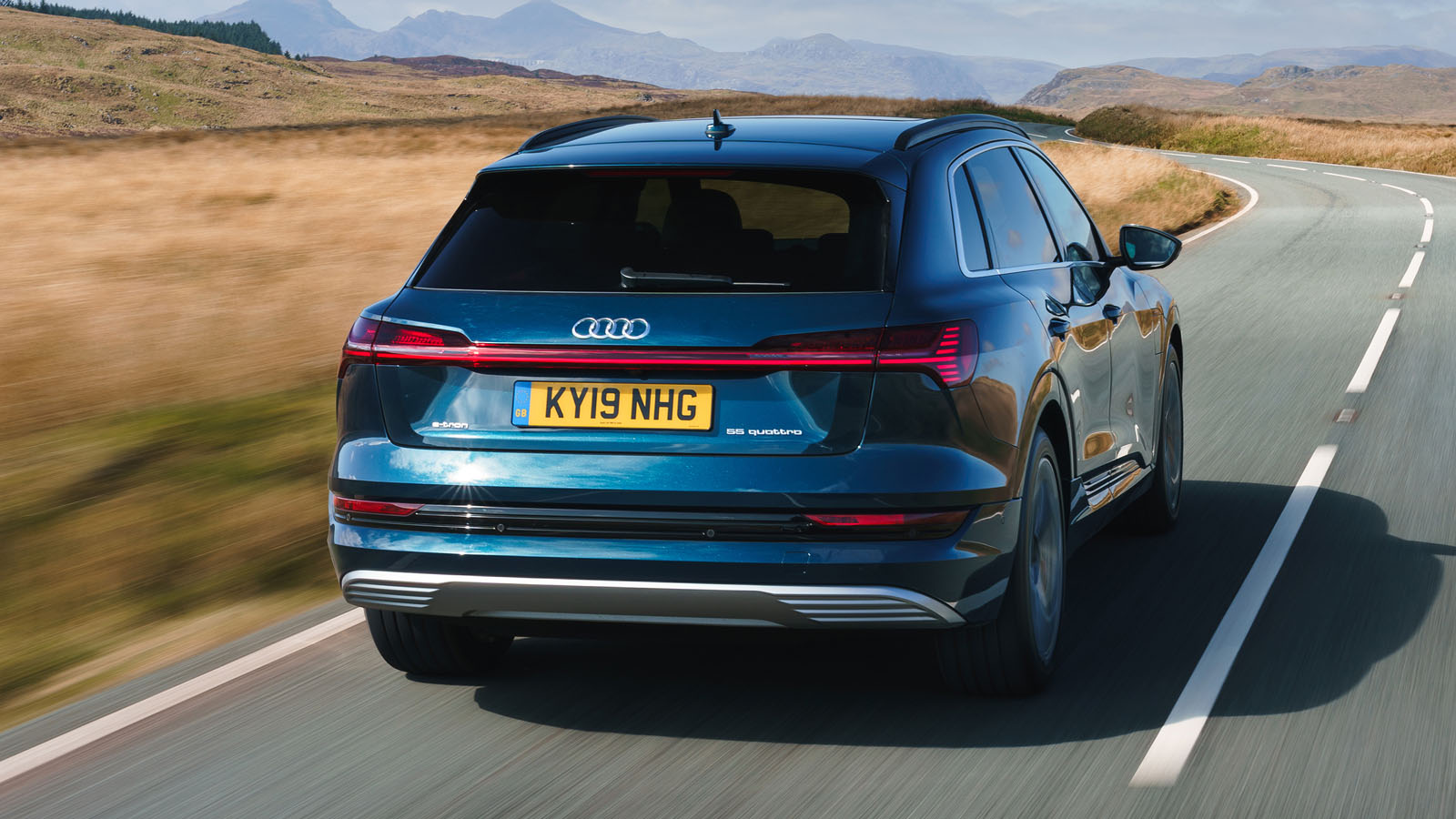 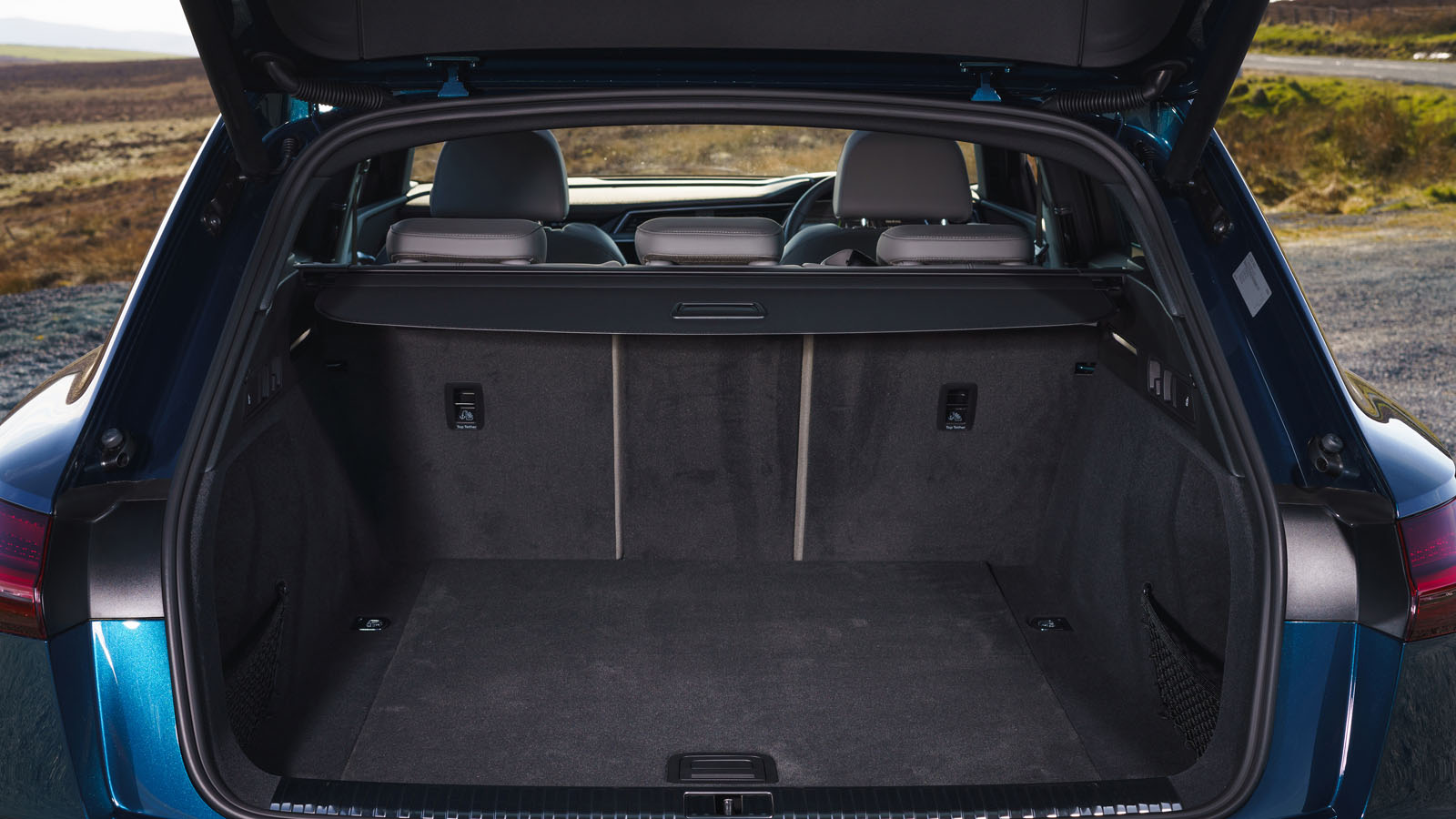 It’s a very conventional Audi. That’s probably the first thing to note about the e-tron. This is an electric car that doesn’t seek to blur boundaries or act radical, but simply persuade regular SUV buyers to make the jump. Audi refers to this as ‘concept clarity’.

Has it got any rivals?

The Tesla Model X deliberately looks and feels different, the Jaguar I-Pace is part SUV, hatch, crossover and coupe, both pitched that way to make an impact and try to pull in buyers from all over. Both need growth. But Audi, defending huge sales volumes, has created a car people will recognise, understand.

Although similarly sized, underneath the e-tron bears little resemblance to a Q7. It isn’t ground-up new, but the MLB Evo platform has been heavily adapted to underpin both this and the forthcoming e-tron Sportback. There’s an electric motor on each axle, the rear slightly more powerful than the front for all-wheel drive when required.

So the e-tron is a sign of things to come, then?

Further electric platforms are in the pipeline at Audi. The forthcoming RS e-tron GT is based on Porsche’s Taycan, while further down the line Audi and Porsche are working jointly on an all-new electric platform known as PPE. That will form the base for the VW Group’s larger cars (possibly including Bentley) while VW’s own MEB platform will feature for its ID models.

Cor. Any fancy kit to speak of?

The e-tron seats five (there’s no seven seat option), and has a large 605-litre boot. Key equipment includes adaptive air suspension, LED headlights, 360 degree cameras, keyless entry and charging points on both sides of the vehicle. Side cameras instead of mirrors are an option – though the Honda e and Lexus ES both offer camera mirrors, the e-tron got there first. 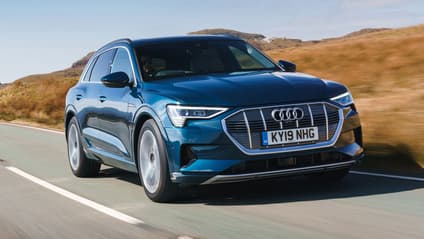 “Looking to set a tentative foot into the future? This is the safest stepping stone yet”

The family SUV, made electric. The Audi e-tron may be unimaginative, it may not stand out from the crowd, but that’s the point. This is a key part of the electric car tipping point, aimed at drawing in those who want an electric car, but don’t want it to weird them out. This applies to the vast majority of buyers out there, and the e-tron, although pricier than an equivalent diesel SUV, is likely to find many eager homes.

It’s an easily understood, very well executed and reassuringly well built and developed car. An Audi, in other words. It would be good if it was lighter and went further between charges and we’re yet to be convinced about the benefits of the camera side mirrors, but if you’re looking to set a tentative foot into the future, this is the safest stepping stone yet. 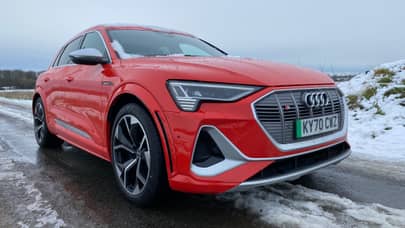 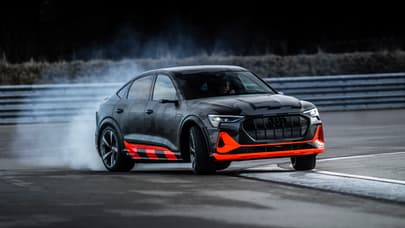 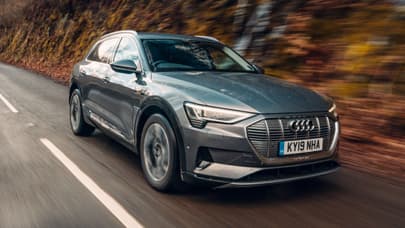