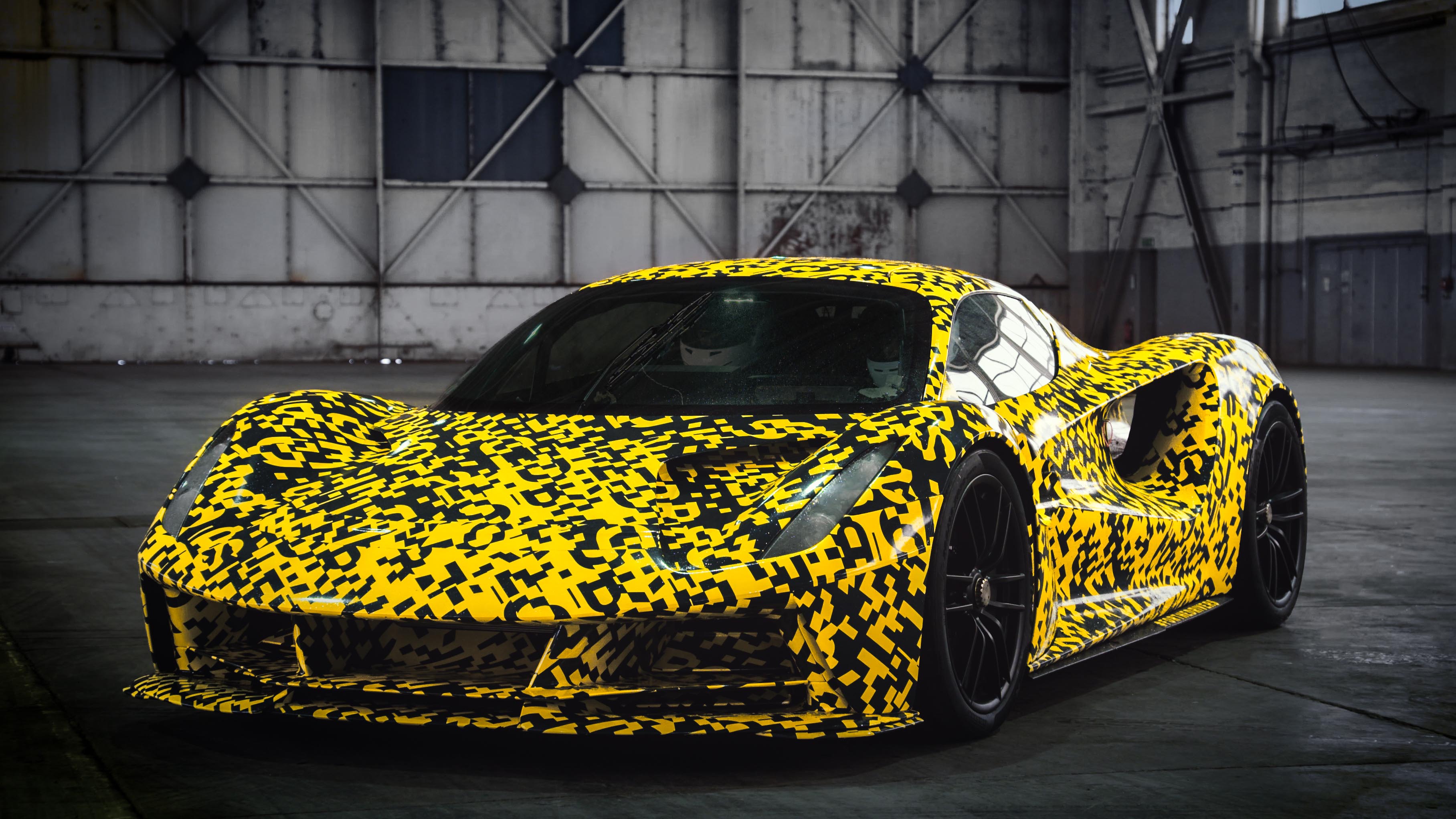 And lo, it begins. Lotus has begun testing the car that will mark an entirely new chapter in the long, winding history of the fabled British sports car maker.

A car that, at first glance, is unlike any other Lotus that’s ever been. Though, that’s the point of these tests. Despite being one of the world’s most powerful production cars, the upcoming 1,972bhp Lotus Evija will still have to drive like... a Lotus. And thanks to this little teaser video, we can confirm that yes, it will drift. Very important.

It’s the first time we’ve seen the Evija move, as it undergoes high-speed testing at a “private circuit” in the UK, before it logs many thousands of miles around “demanding high-speed and performance handling circuits across Europe”. At the end of all that, it’s going to – according to Lotus – “set new standards in the hypercar sector”.

One that’s filling up rather quickly, too, with the likes of the Rimac C_Two (1888bhp), its distant cousin the Pininfarina Battista (1900bhp), the Aspark Owl (2012bhp) and no doubt many more before we’ve got to the end of this sentence.

For Lotus, none of them matter. “Everything about the Evija is ‘for the drivers’,” explained Lotus’s sports car executive director Matt Windle. “I don’t believe there is another EV in the world that can claim this. From the mid-engined-inspired Lotus layout, to the aero and downforce, the driving position, vehicle stance and unbelievable performance.”

Ah yes, the small matter of big performance. The Evija’s 1972bhp goes hand in leather-driving-gloved hand with 1253lb ft, vectored between all four wheels, pushing along a targeted weight of 1680kg in its lightest spec.

The performance then, is off the charts. Lotus is aiming for 0-62mph in under three seconds, 0-186mph in under nine, and a top speed north of 200mph. Lots of work for the people over at Lotus.

“Physical prototype testing at speed is a landmark moment for the Evija,” explains vehicle attributes boss Gavan Kershaw. “Our aim is to make sure it’s a true Lotus in every sense.”

Production kicks off next year. Anyone else feel the clouds of an absolutely savage EV hypercar battle gathering above?

Read the full story on the Lotus Evija here