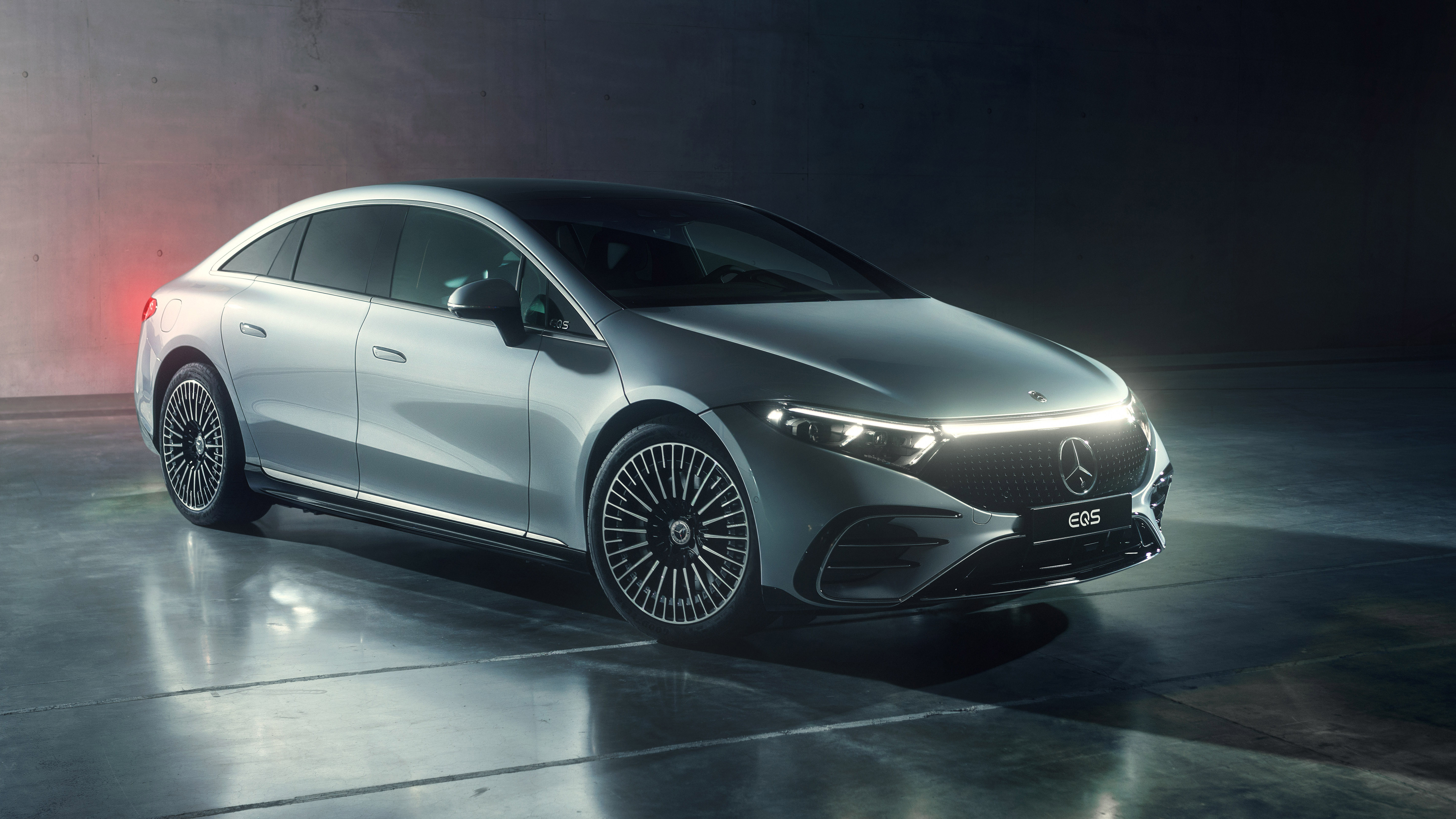 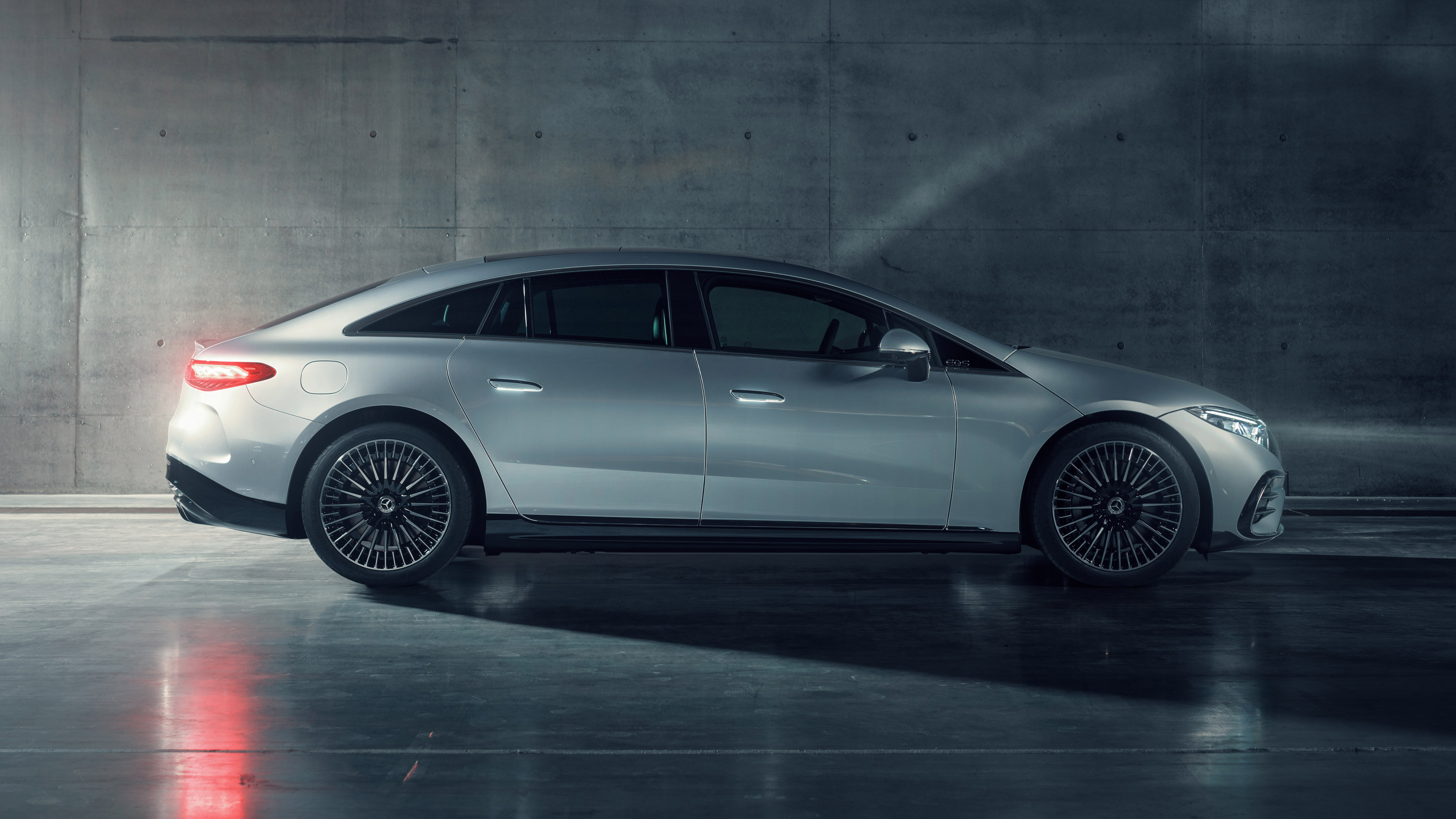 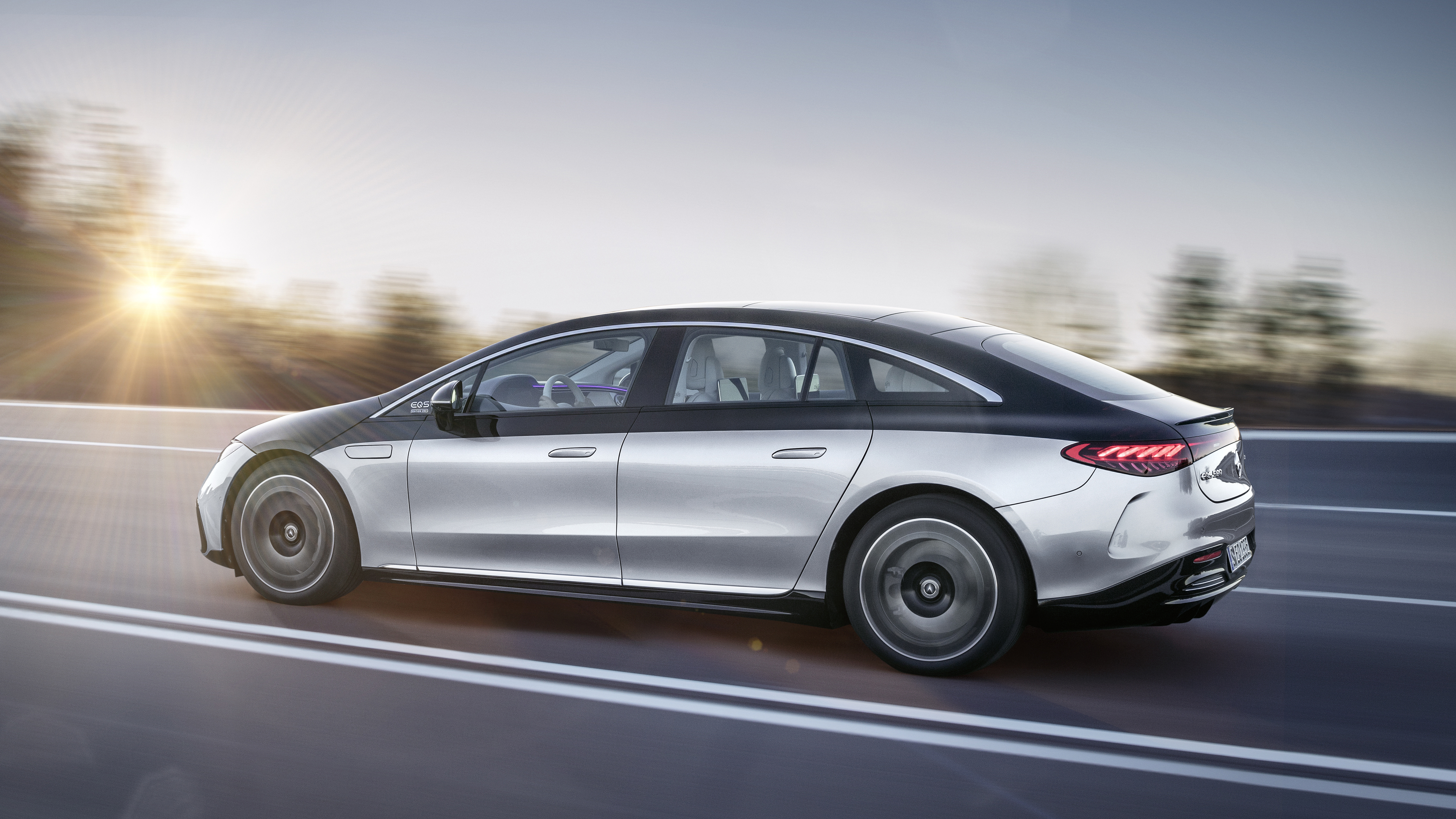 The EQS is not quite the first all-electric Mercedes, but it might be the first one that matters. Because while the EQC and EQA sit on platforms shared with normal cars and SUVs, and are therefore inherently compromised, the EQS introduces Merc’s new largely aluminium EV-only ‘Modular Electrical Architecture’.

Some seven years in the making, this scalable platform heralds a new era of purpose-built, uncompromisingly electric Mercedes. And the hugely complicated EQS is genesis. The template on which Mercedes is staking its future, and from which its next generation of big EVs (in the short-term a smaller EQE “business saloon” and then EQS/EQE SUVs) will spew forth.

So this car is emphatically A Big Deal. Not least because it’s philosophically an electric S-Class – the car that defines Benz’s brand, and into which it ploughs more resources than any other. In the words of CEO Ola Källenius: “The EQS is designed to exceed the expectations of even our most demanding customers. That's exactly what a Mercedes has to do to earn the letter ’S’ in its name. Because we don't award that letter lightly.” 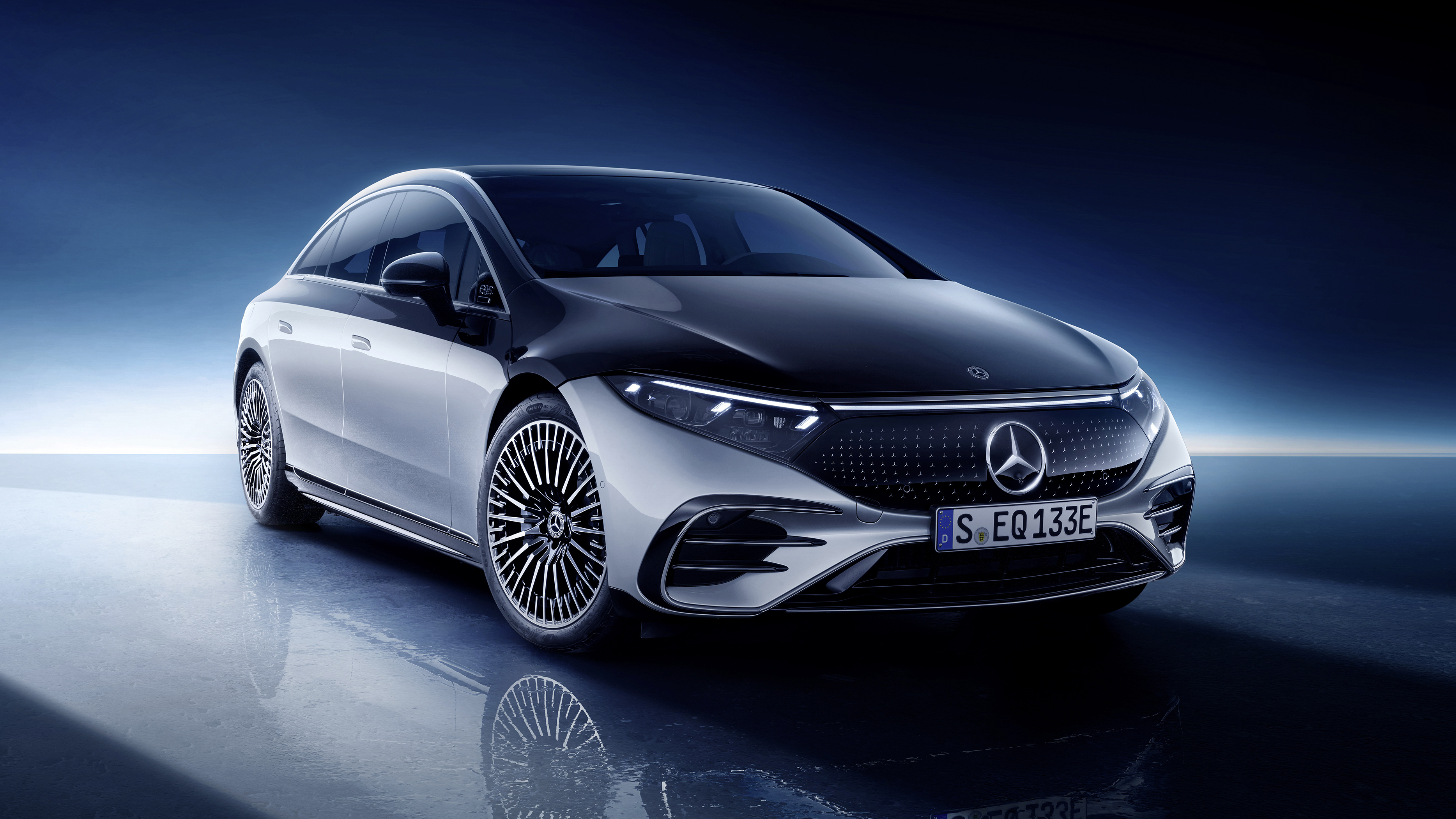 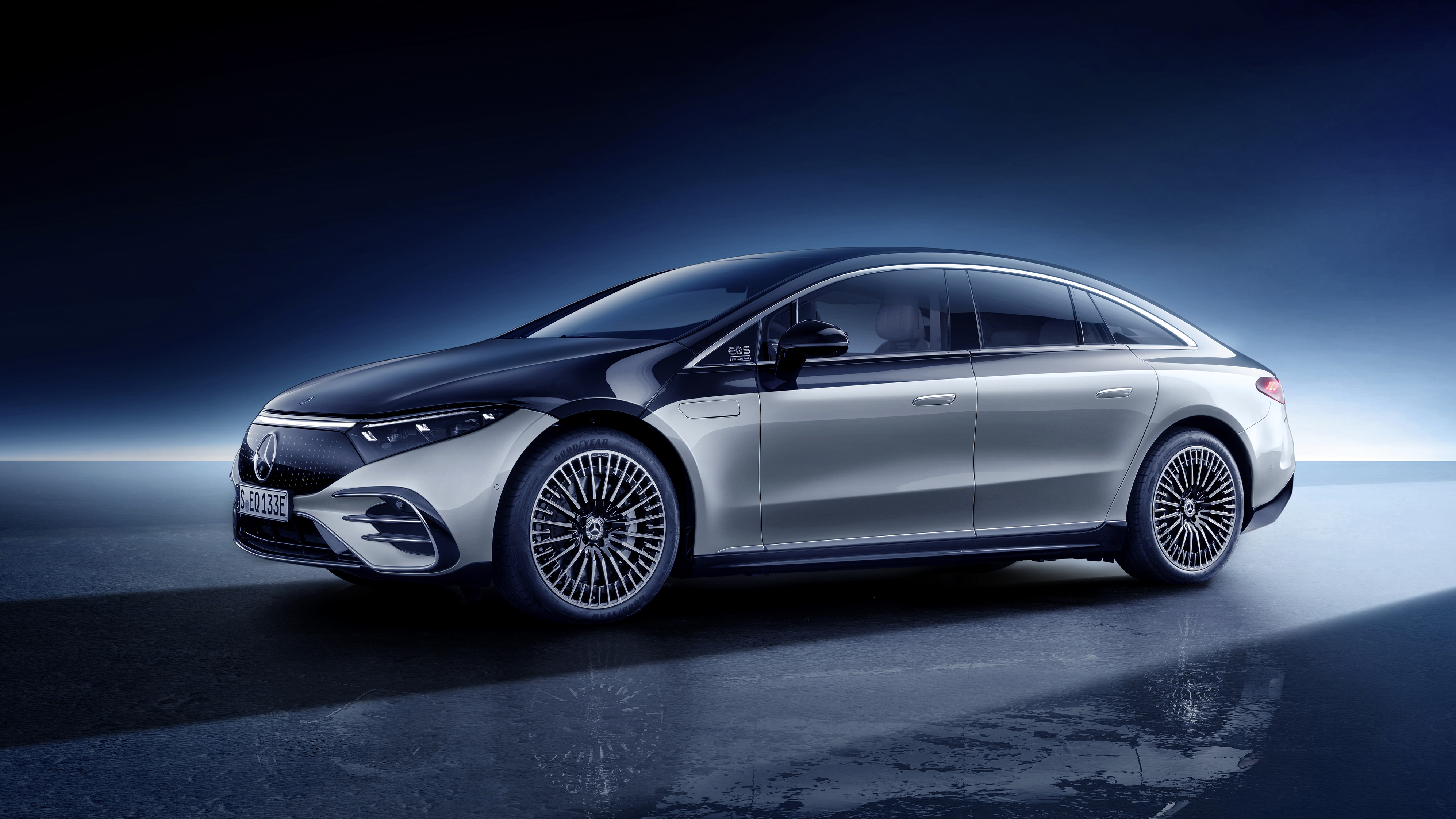 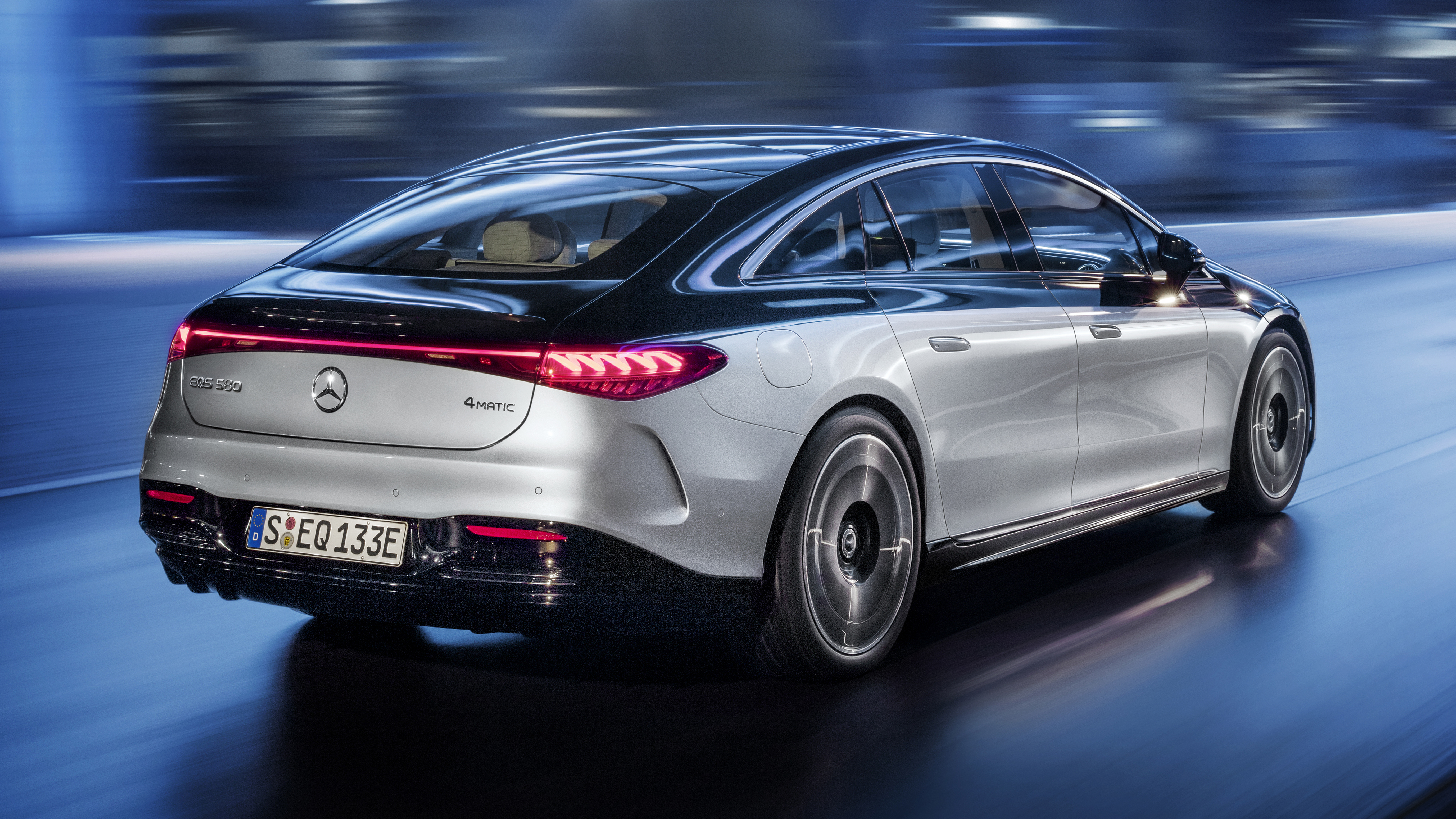 The EQS ‘450+’ will ship towards the end of this year with a single rear-mounted e-motor with 329bhp and a 108kWh latest-gen modular battery that uses comparatively few rare-earth materials. A smaller 90kWh battery will be available soon after. Britain misses out on the twin-motor all-wheel drive 516bhp EQS ‘580’, at least to begin with. Which is a shame. But though the EQS isn’t as sporting as a Porsche Taycan or Audi e-tron GT, because luxury, Mercedes has already confirmed an AMG’d version with as much as 750bhp will follow.

Prices are broadly in line with the S-Class, so should start from around £80,000.

At over five-metres long and almost two wide, the EQS is more or less the same size as an S-Class. But its body is a different, more aerodynamic cab-forward shape. The front-end is low and totally sealed, with a clamshell-style bonnet you can’t open (unless you work for a Mercedes dealer) and ducts and shutters that reveal themselves only when the car needs cooling. Elsewhere the door-handles are of the pop-out variety and underneath the low-slung batteries there’s a mostly flat floor.

And that’s just the tip of the iceberg. The result of all those hours in the wind-tunnel is a drag co-efficient of just 0.20Cd (when equipped with the 19-inch wheels and in presumably lower-riding Sport mode). That makes the EQS the most aerodynamic production car in history – save for dedicated eco-specials like the Volkswagen XL-1 – and means that in its slipperiest, most efficient configuration, the electric limo will do a huge 477 miles between charges. Roughly the same as a petrol-powered S500 averaging a realistic 26mpg.

The EQS’s battery can be pre-heated or -cooled while driving so it’s always ready to accept the fastest possible charge. Mercedes claims a 200kW charger can replenish 186 miles of range in just 15 minutes. Pity – gives you less time to fiddle with the EQS’s pièce de resistance, its colossal touchscreen central nervous system. The new car comes as standard with the portrait touchscreen and dashboard from the S-Class, but for a few grand you can (and should) upgrade to the vast “MBUX Hyperscreen” for a whopping 377sq. inches of screen.

The triple-screen setup incorporates centre (17.7-inch), driver and passenger (both 12.3-inch) displays behind a single pane of curved, distortion-free aluminium silicate glass that spans almost the entire width of the car. We’re promised the surface is especially scratch-resistant, easy to clean with a normal microfibre cloth and has been positioned just-so to minimise reflections.

And it’s packing some firepower – eight CPU cores and 24 gigabytes of RAM. The centre and passenger screens are of the super-sharp, super-colourful OLED variety and both feature haptic- and force-feedback. The latter – where the screen knows how hard you’re prodding it and can vary its responses accordingly – is tech I miss from my old iPhone and don’t recall seeing in a car before.

Not that you need to prod the screen if you don’t want to – Merc’s voice control isn’t Amazon Alexa-clever (yet), but it’s getting there. There are microphones everywhere so each of the car’s five occupants can use it, and everyone gets their own profile to which they can save their settings. 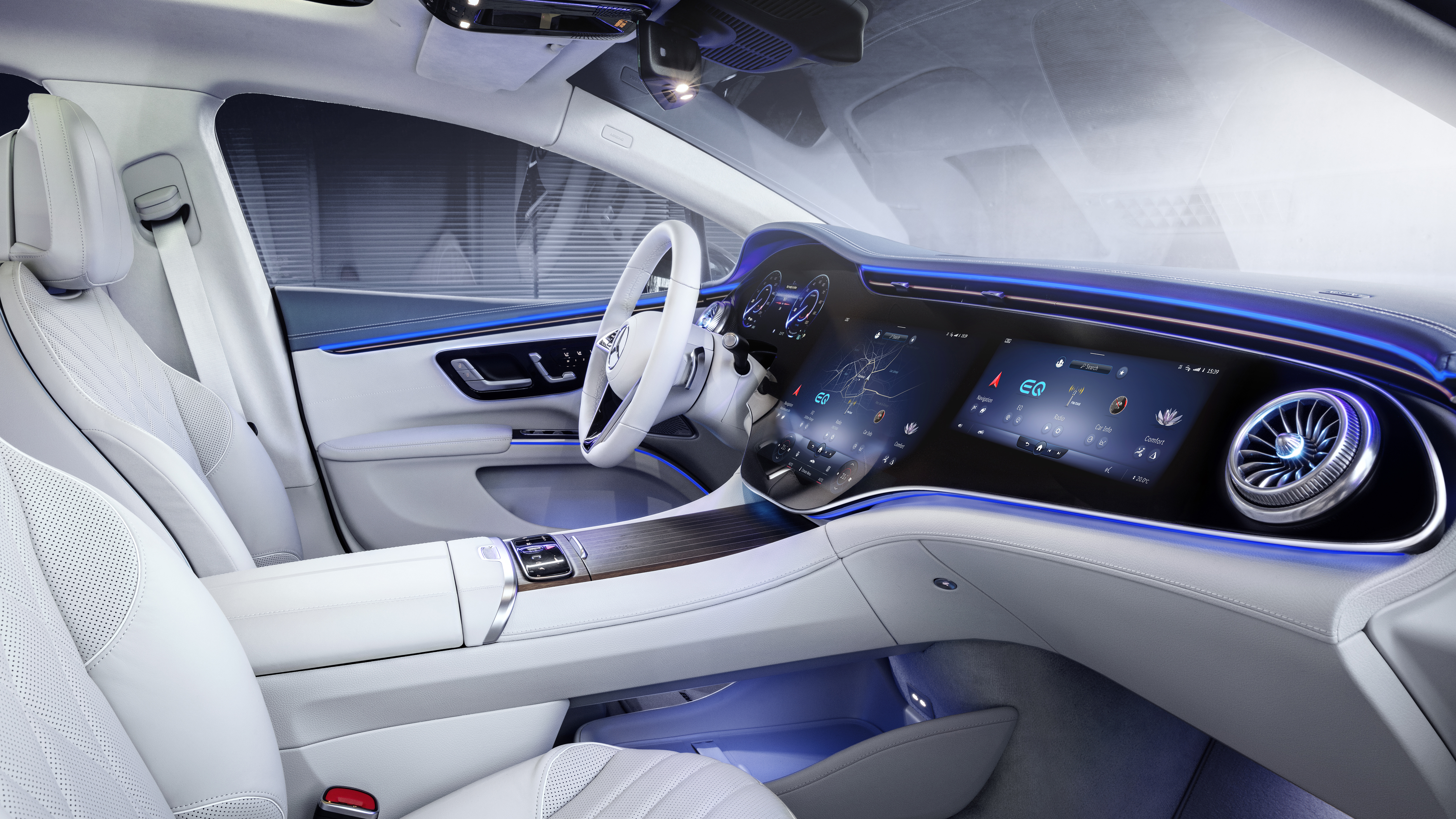 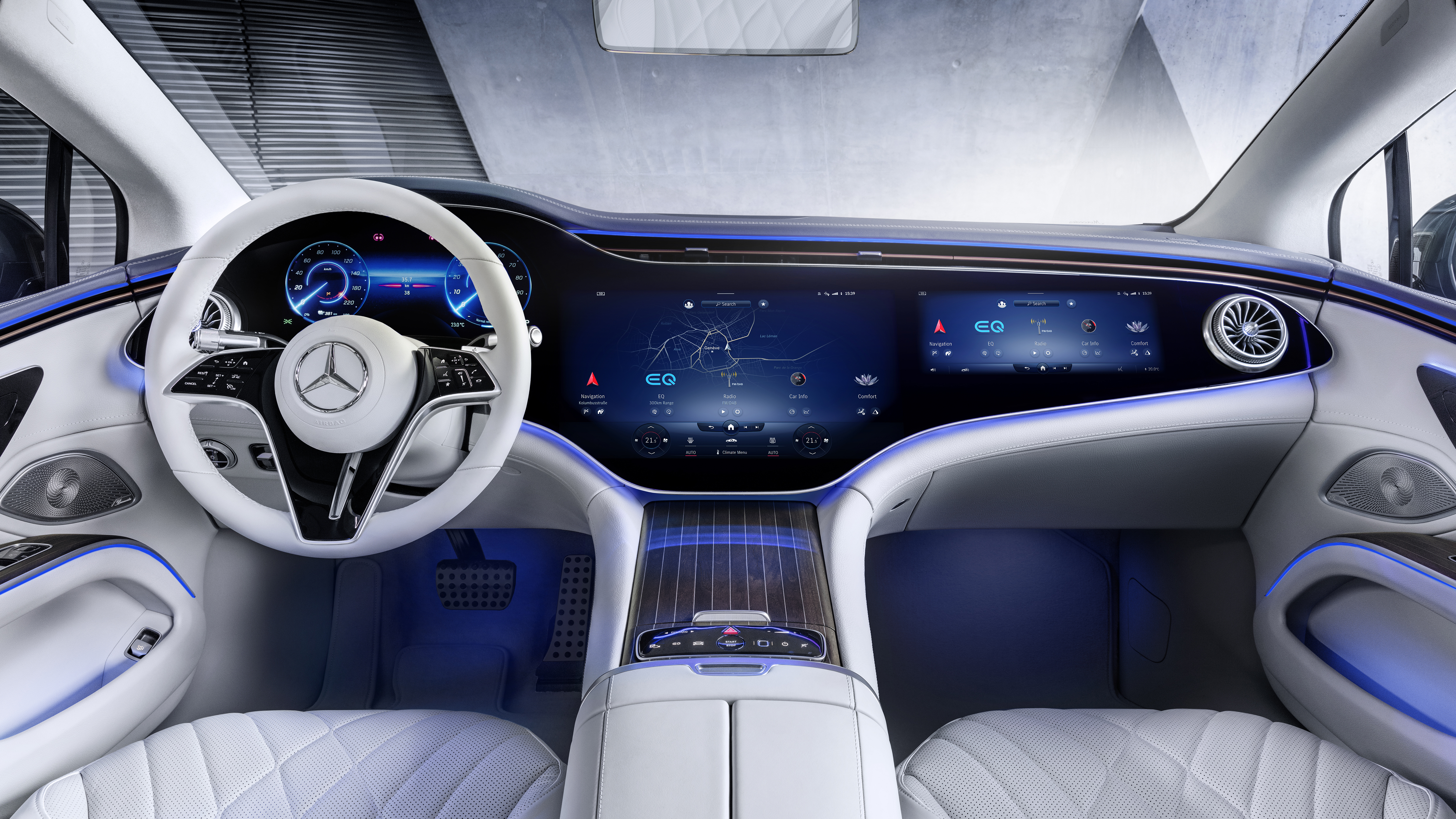 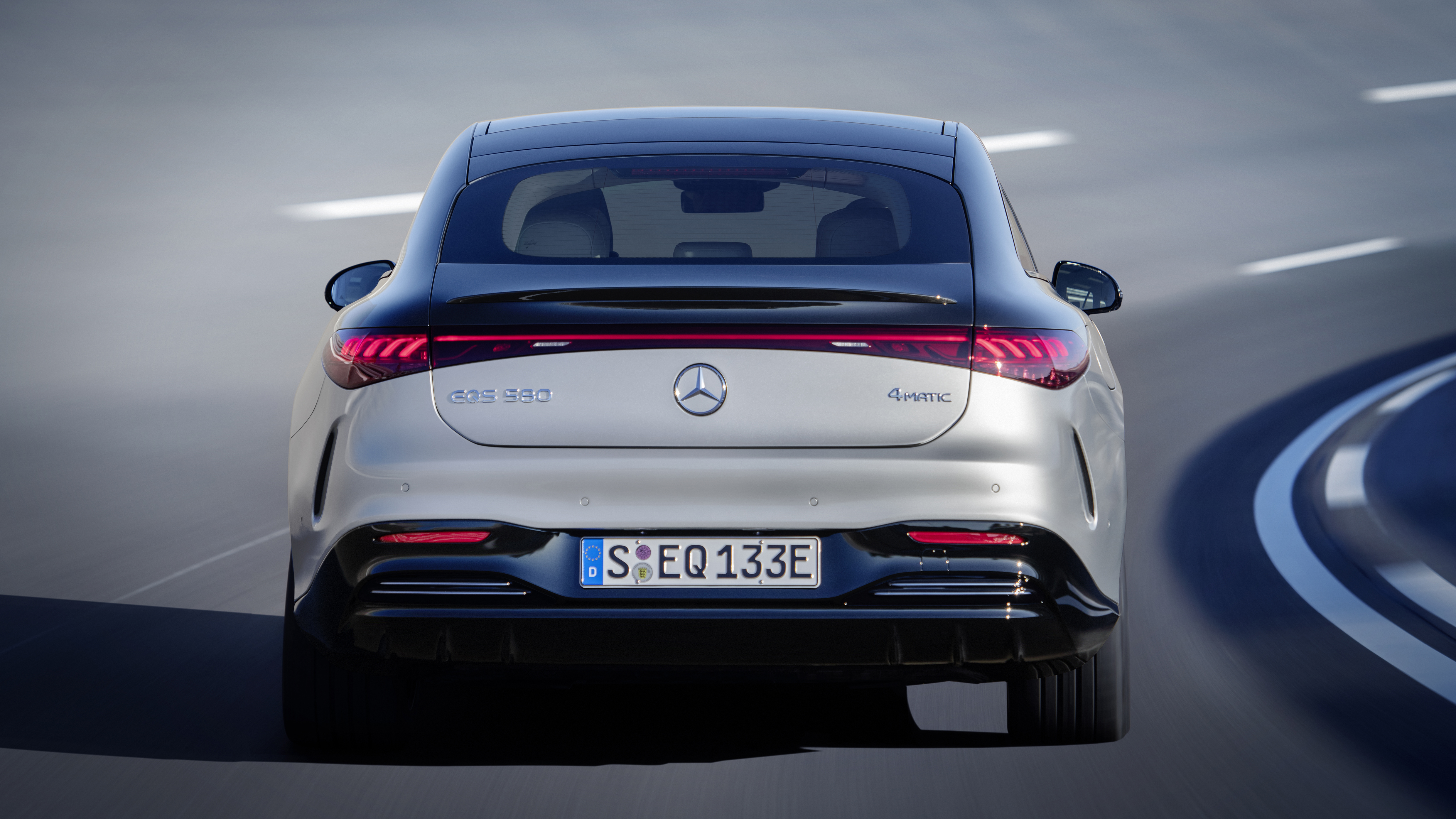 Besides voice control, Merc has another way of getting around legitimate criticism that massive touchscreens in cars are too damn distracting. The user-interface (which was developed entirely in-house) uses what Merc calls a ‘zero-layer’ design. Effectively it employs AI to predict what you want to do before you’ve done it, then proactively surfaces relevant functions at just the right moment so you don’t have to go swiping through endless sub-menus to find them. Källenius says he could teach anyone how to use the system in ten minutes. We’ll be taking him up on his offer.

The passenger’s side screen can switch itself off if there’s nobody sat in the passenger’s seat. If it is switched on, it can sense when the driver’s looking at it and dim itself right down so they can’t see what’s on it. Of course there are screens in the back too, if you want them, and the whole system is ready for over-the-air updates that ought to keep it feeling fresh for years to come. The battery management systems can be updated remotely too, so there’s every chance your EQS could get even more efficient after you’ve taken delivery.

Elsewhere the EQS gets rear-wheel steering, an ‘Energising Comfort’ system that can borrow data from compatible smartwatches to help wake you up or chill you out, and it can be specced with doors that open and close themselves. The fancy headlights can project messages and warnings onto the road ahead, but like Merc’s latest driver assistance systems (which can almost entirely take over in certain situations) are limited by what’s legal, not by what’s actually technologically possible.

The EQS will be built in a carbon-neutral factory. So too will its battery. Moreover owners get three years access to Mercedes me Charge, which guarantees the use of ‘green’ energy at public charging stations. By next year Merc will be building eight EVs across seven factories and three continents. The EQS is just the start. Bring ‘em on, Benz.