This is a Mercedes golf cart | Top Gear
Advertisement
Electric

This is a Mercedes golf cart

Keen for a niche, the German carmaker has turned its hand to carbon fibre caddy carriers 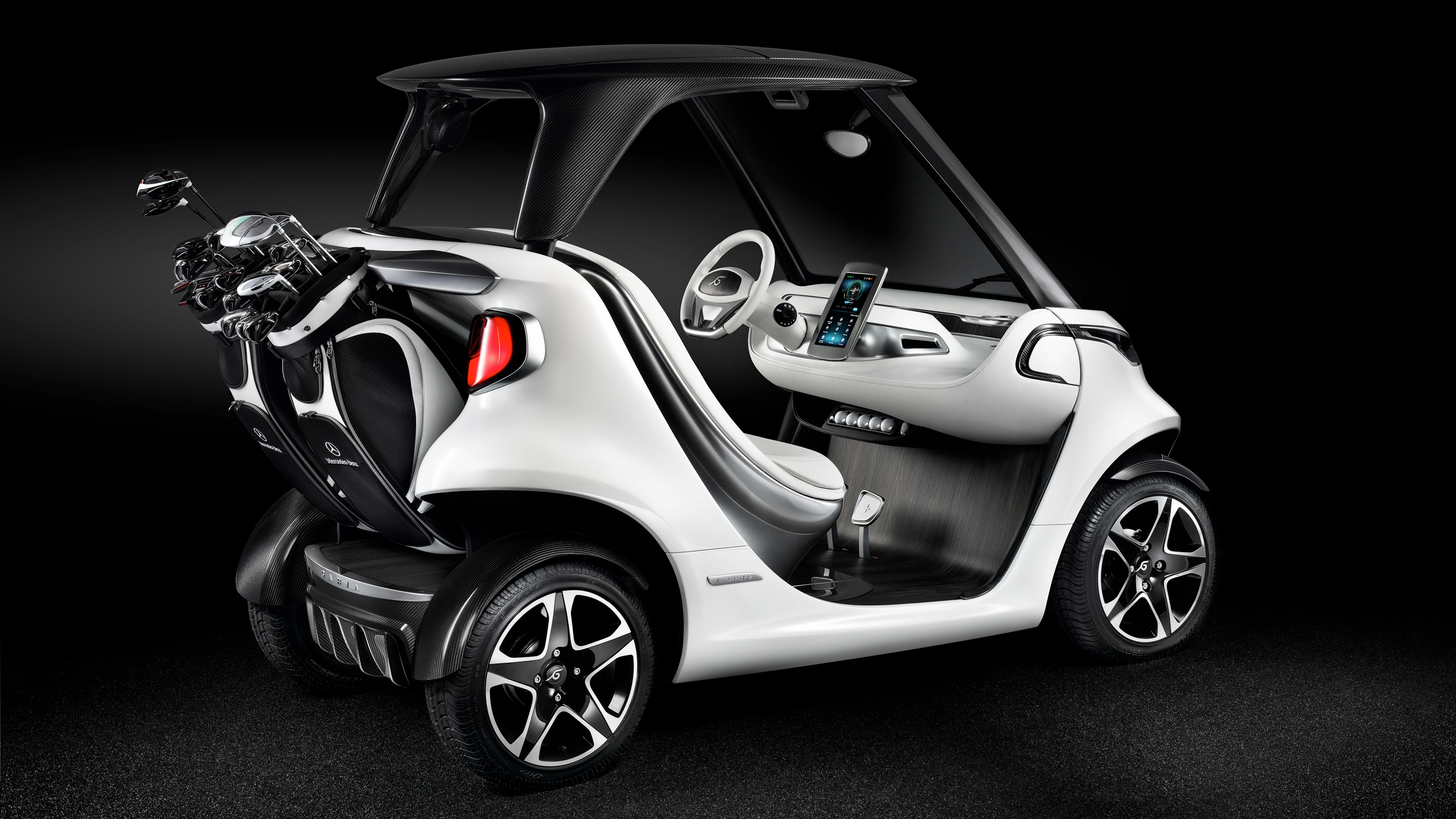 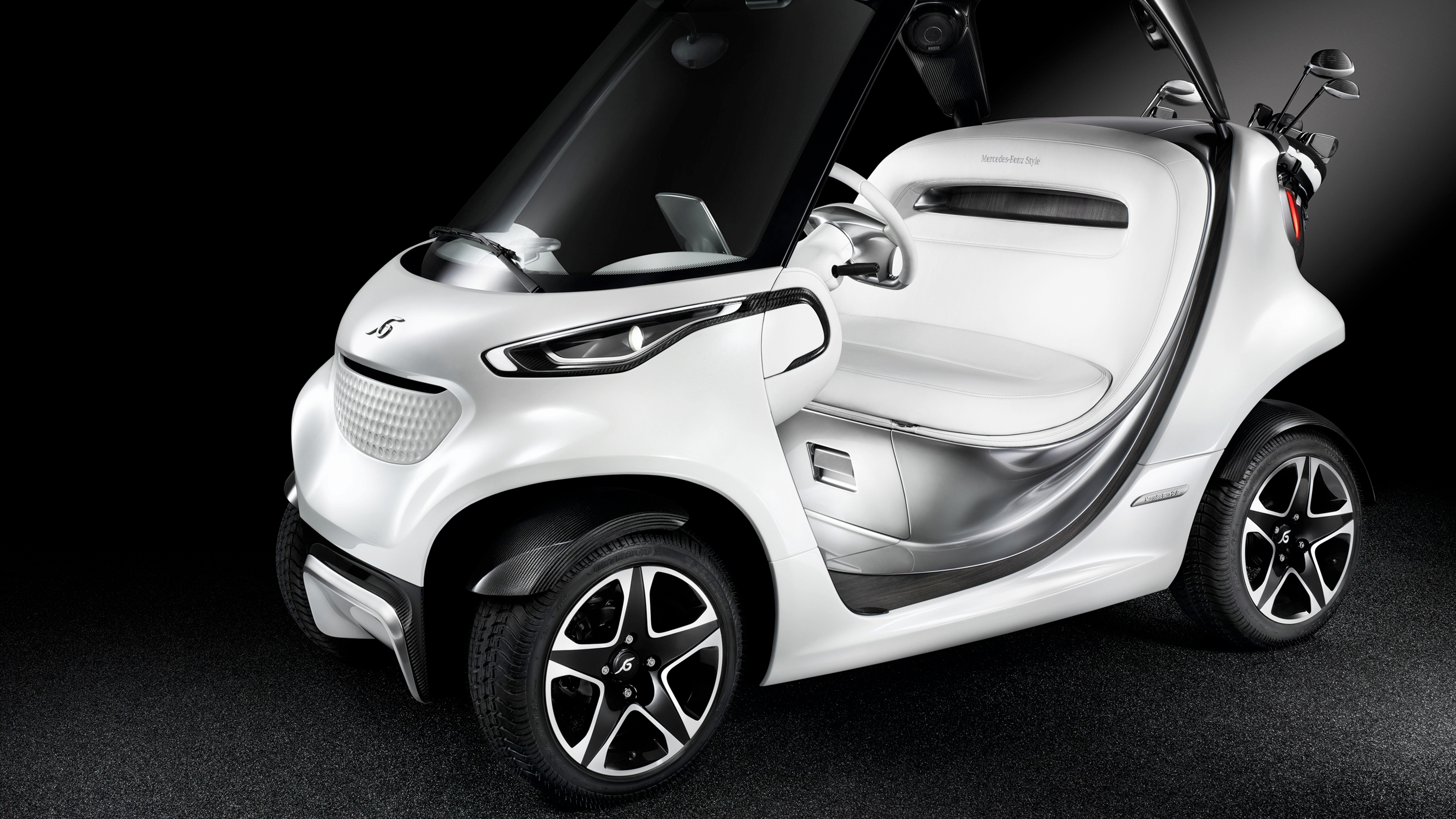 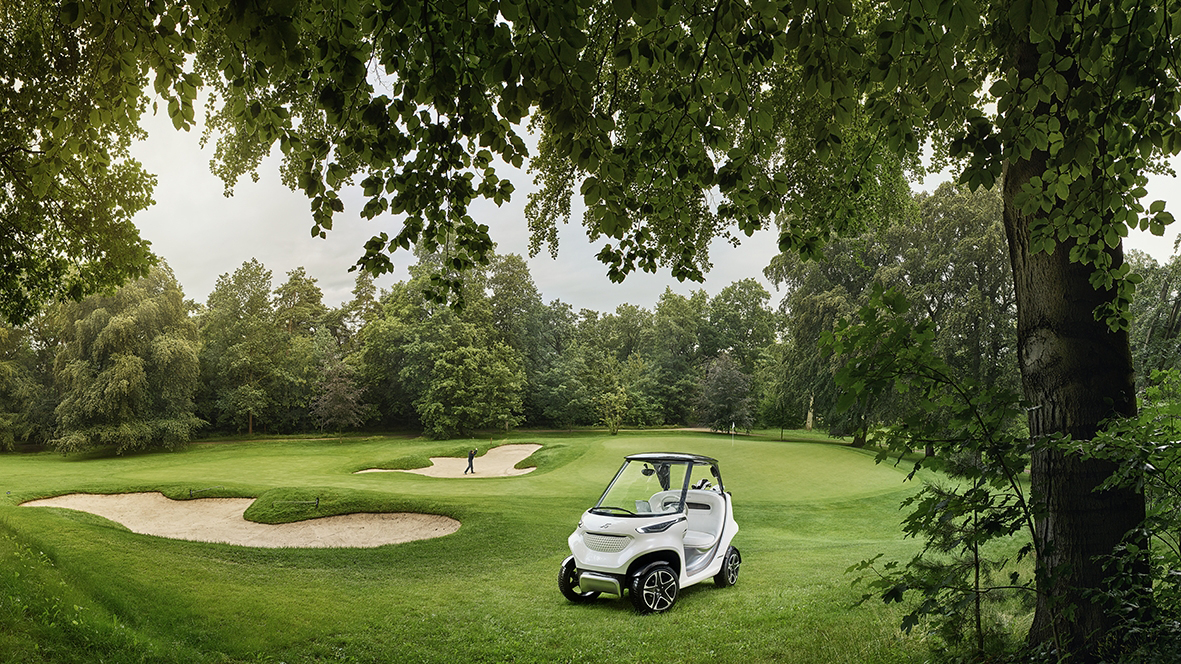 The humble golf cart has been transporting lazy golfists around well-cut lawns for decades. But as you’ve probably noticed, the design hasn’t really changed since the early days way back when.

Yes, some people have turned them into Hummers and Escalades, and range and speeds have improved, but they’ve always looked the same: diddy wheels at each corner, non-descript and slightly depressed face at the front, enough room for two sets of golf sticks in the back, and a flimsy plastic canopy overhead. Boring.

But Mercedes, ever keen to cut a new niche or two, has decided it’s an area that needs some renovation. So it's done just that. Going into partnership with Garia, they’ve created a golf cart for the 21st Century. It’s a real ‘sports car’, they say. Get it? Sports car.

Jokes aside, it is quite trick. Under that curvaceous and Smart-like bodywork is a carbon chassis and 3 kW (4 hp) motor. It can, however, offer short bursts of up to 11 kW (15 hp) and a top speed of 19 mph – enough to skid it around a damp fairway for sure. The low-mounted (centre of gravity win) lithium-ion battery seat provides up to 50 miles of range and charges in about six hours. There are even disc brakes and double-wishbone suspension – just like a car. Unfortunately, there’s no word on an AMG version yet.

You can even spec it like a Mercedes. Under the curvy carbon fibre trimmed bench seat is a fridge to save your Kit Kat from melting on the course while a storage tray under the dashboard holds your golf balls. Meanwhile, bottle holders on the instrument panel provide enough space for glasses and a bottle of bubbly. We do however not recommend indulging in it while behind the wheel.

As this is a golf cart from the future, there’s an integrated 10.1 inch HD  touchpad that displays all the important vehicle information, plus your scorecard and course map just in case you get lost.

Only two carts are being made for now to gauge public opinion. But if it goes down well, they’ll build some for an unknown price. So, let them know what you think below.