This is the new, fully-electric Hyundai Ioniq 5

And it's the first Hyundai you might actually *desire*. Still want that Tesla Model 3? 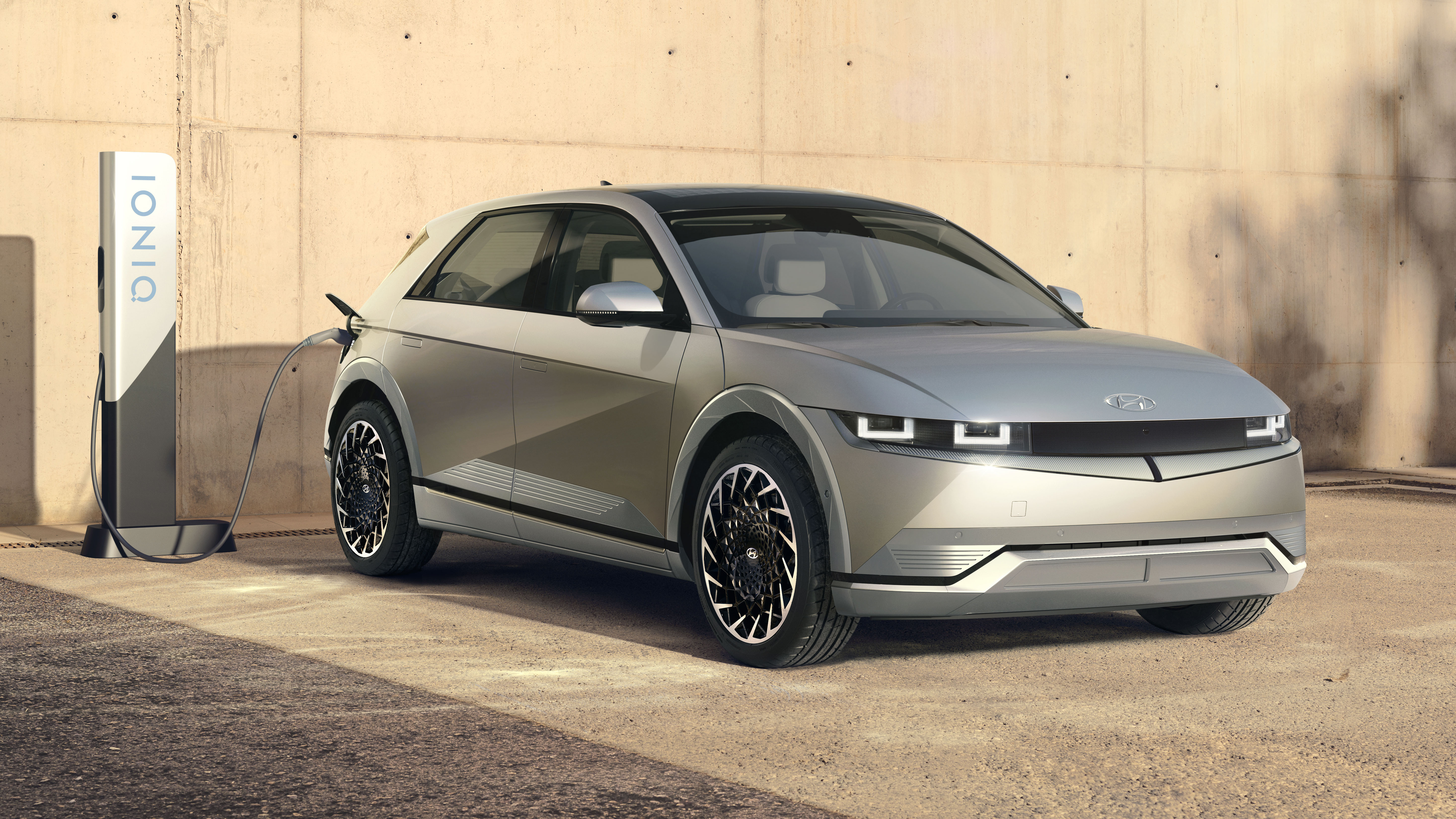 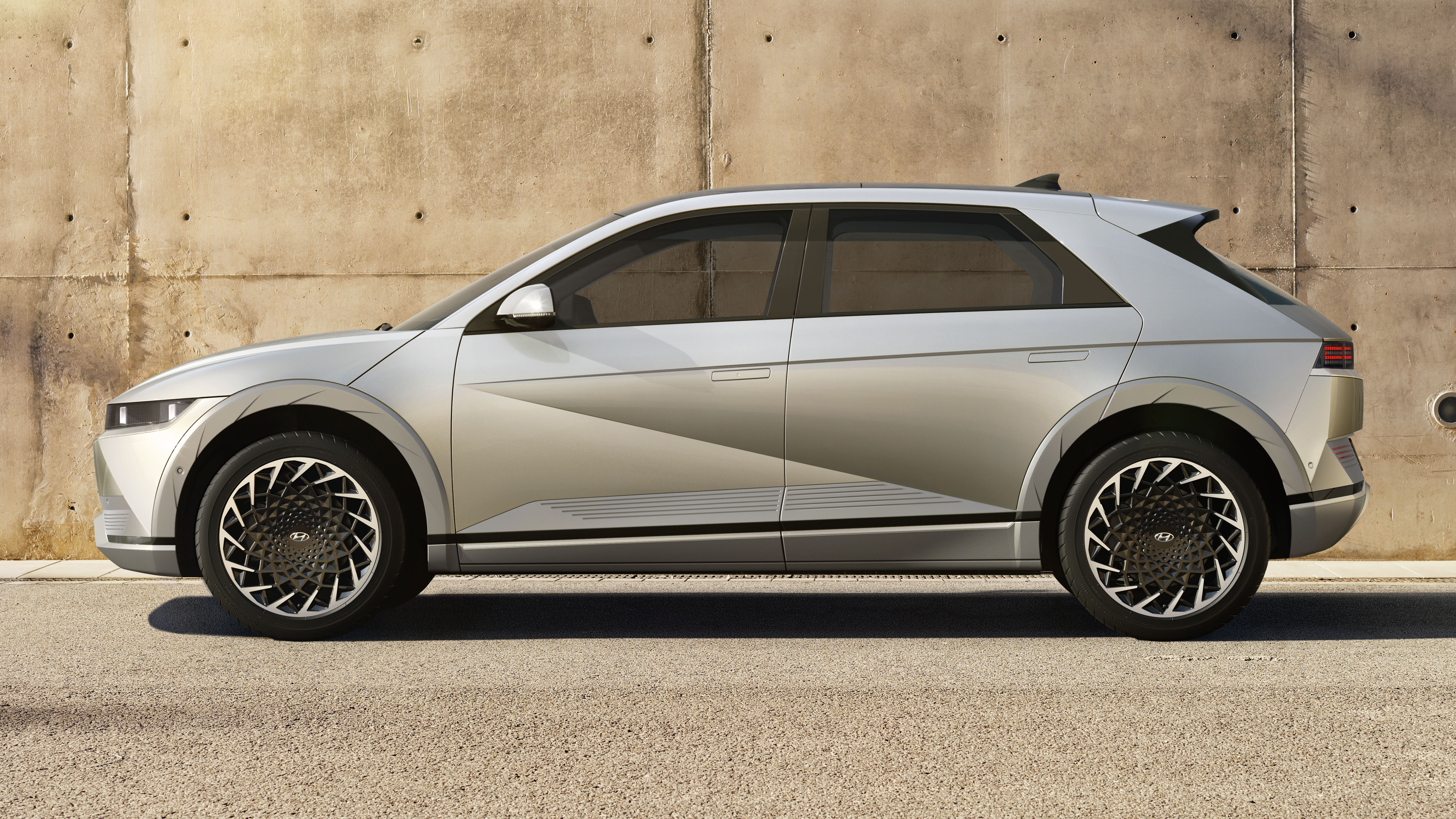 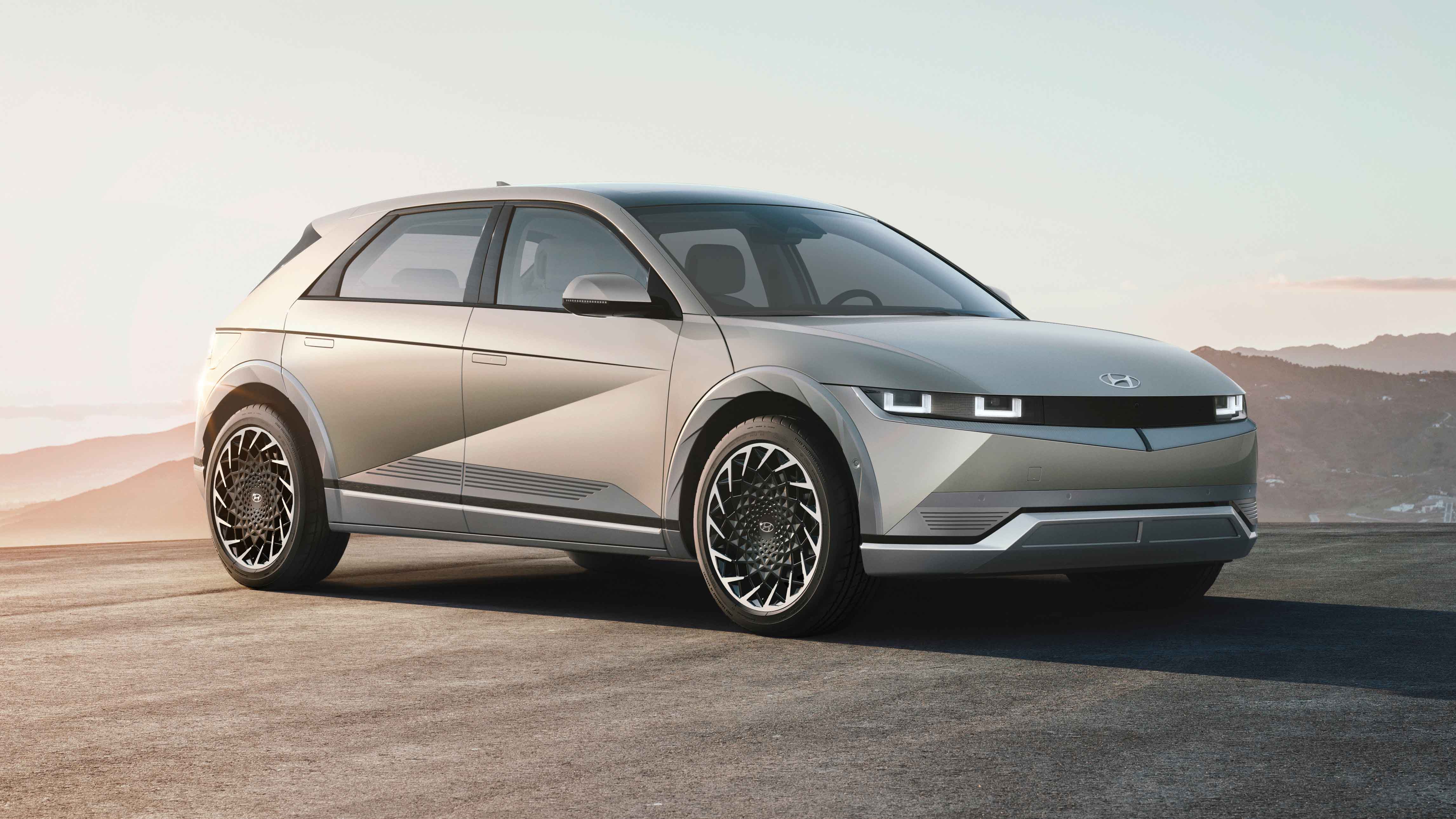 Hyundais are cars we admire but don’t necessarily desire. Well that’s about to change. The Ioniq 5 is the first to use the brand’s new Electric-Global Modular Platform, so it’s hugely significant. It also references the Seventies Pony, the hatch (designed by il maestro Giorgetto Giugiaro) that first gave the brand serious traction outside South Korea. Not sure how many of us really remember it, but somehow that little nostalgia kick really works. The result is a sharply surfaced example of the perfect post-modern BEV.

Trailed by 2019’s lovely ‘45’ EV concept, the real thing remains impressively faithful to the motor show tease. "It’s an opportunity to showcase a part of history that not that many people know about. There’s a lot of history to tell," Hyundai’s head of design for Europe, Thomas Buerkle tells TG.com. "We had the chance to pull the A-pillar forward, and extended it into the clamshell bonnet. So there are fewer shutlines, and it looks cleaner and wider. We wanted there to be some real excitement to the EV driving experience. There are lines on this car that are only possible with special tooling and stamping, and of course it helps that Hyundai is the only brand in the world that produces its own steel. So we can get the precision we need. The less busy the design, the more you focus on the details."

Details like the body side slash, the pronounced V shape in the nose and the minimal ‘pixellated’ head- and tail-lights. There are flush door handles and cladding on the sills and at the front and rear which actually helps define the shape rather than looking tacked on, and also contains hidden illuminated elements.

It’s all part of what Hyundai calls ‘parametric design’, which means ‘something expressed in terms of a parameter’. Erm, isn’t everything? Never mind, because the car is a sensation: taut, well-proportioned and beautifully surfaced. It also rides on 20in wheels, the biggest ever fitted to a production Hyundai, and also surely the most imaginatively designed, kind of like fractals. Note also the Ioniq 5’s wheelbase: exactly 3000mm. This is a BEV purpose-designed and built as such, that takes the possibilities of the rapidly evolving electric car form, including the skateboard chassis, and runs with them. 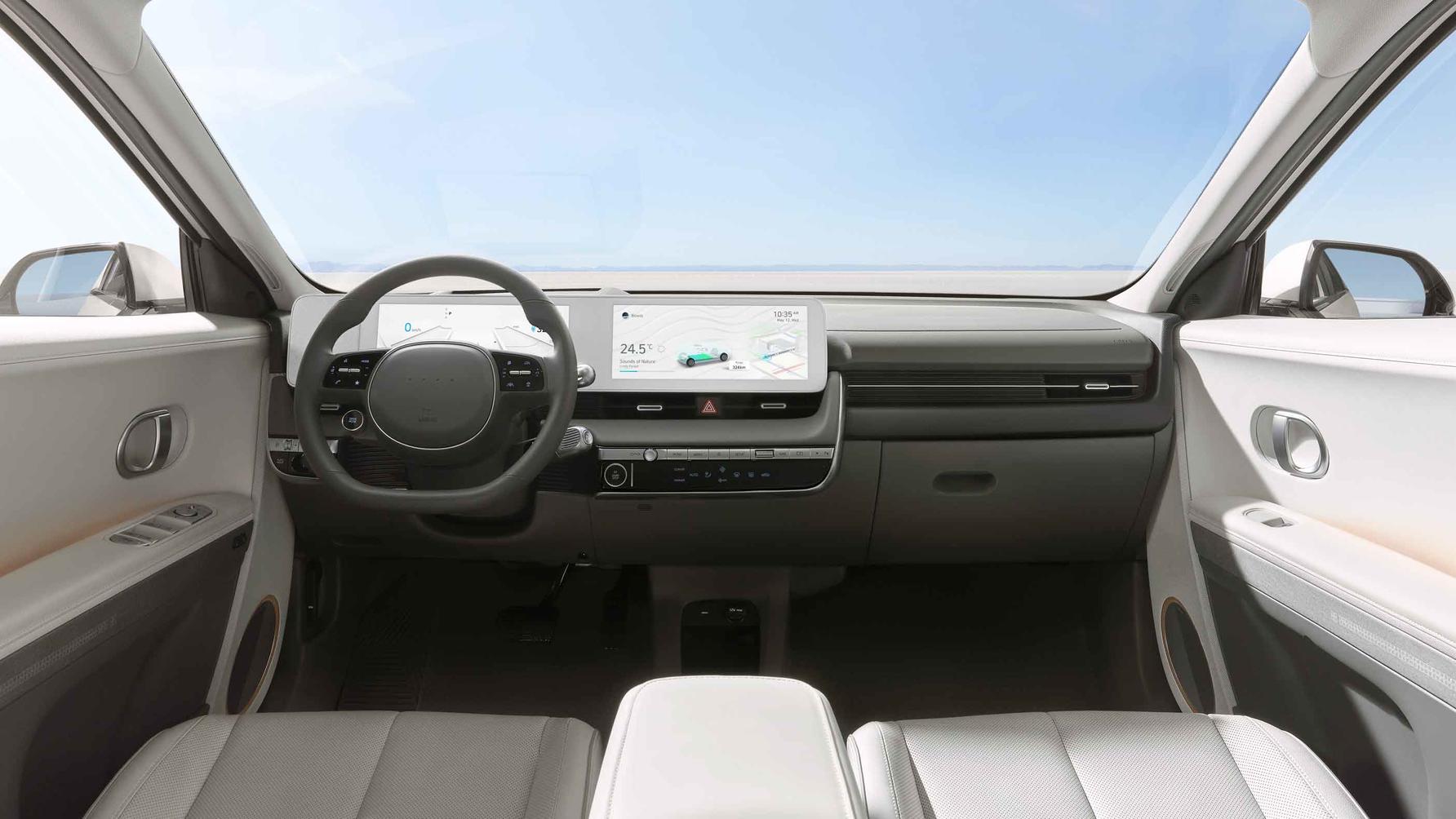 Hyundai has thrown everything and then a bit more at this new car. You can choose between a single motor rear-drive version or an all-wheel drive dual motor one, with a 58kWh or 72.6kWh battery. The dual motor version makes just over 350bhp and 446 torques so it’s good for 62mph in 5.2 seconds (top speed on all versions is limited to 115mph). There’s a multi-link rear suspension too, promising genuine handling smarts.

Crucially, the Ioniq 5 uses 800-volt battery tech so it can rapid charge on a 350kW charger from 10 to 80 per cent in 18 minutes, or replenish 62 miles of range in just five. The higher voltage also improves charging efficiency and reduces heat loss. Hyundai is claiming a range of 295 miles on the most efficient version. It’s also fitted with something called Vehicle to Load (V2L) which turns the car into a giant portable powerpack – yep, this is an EV you can use to charge another EV (with the correct adapter), amongst other appliances. It supplies up to 3.6kW of power, and has a 220-volt port located under the back seats with another one beside the car’s exterior charging port. And there’s a solar panel roof which offers an additional boost to the battery pack – it can produce up to 205 watts, though this is probably a more significant USP in California than Clacton.

The Ioniq 5’s 3m-long wheelbase makes good on Hyundai’s ‘Smart Living Space’ claims for the interior, which also uses sustainable materials and slimline seats. The seats, headliner, door trim, floor and arm rest use recycled plastic bottles, plant-based yarns and eco-processed leather. A moveable centre console – dubbed the ‘universal island’ – can slide back by up to 140mm. The seats also fold almost totally flat, and together with an unimpeded floor suggests that the Ioniq 5 could double as a rather commodious mobile home. The boot can hold up to 540 litres with the seats up, 1,600 litres with them folded flat. There’s a bit more room in the ‘frunk’.

Early adopters can go for a fully loaded ‘Project 45’ edition that'll cost you £45k (prices for the rest of the range haven't been confirmed yet). Hyundai’s Tesla Model 3 killer? This could be the closest yet.