New Tesla Model S: 1,100bhp, and half a steering wheel 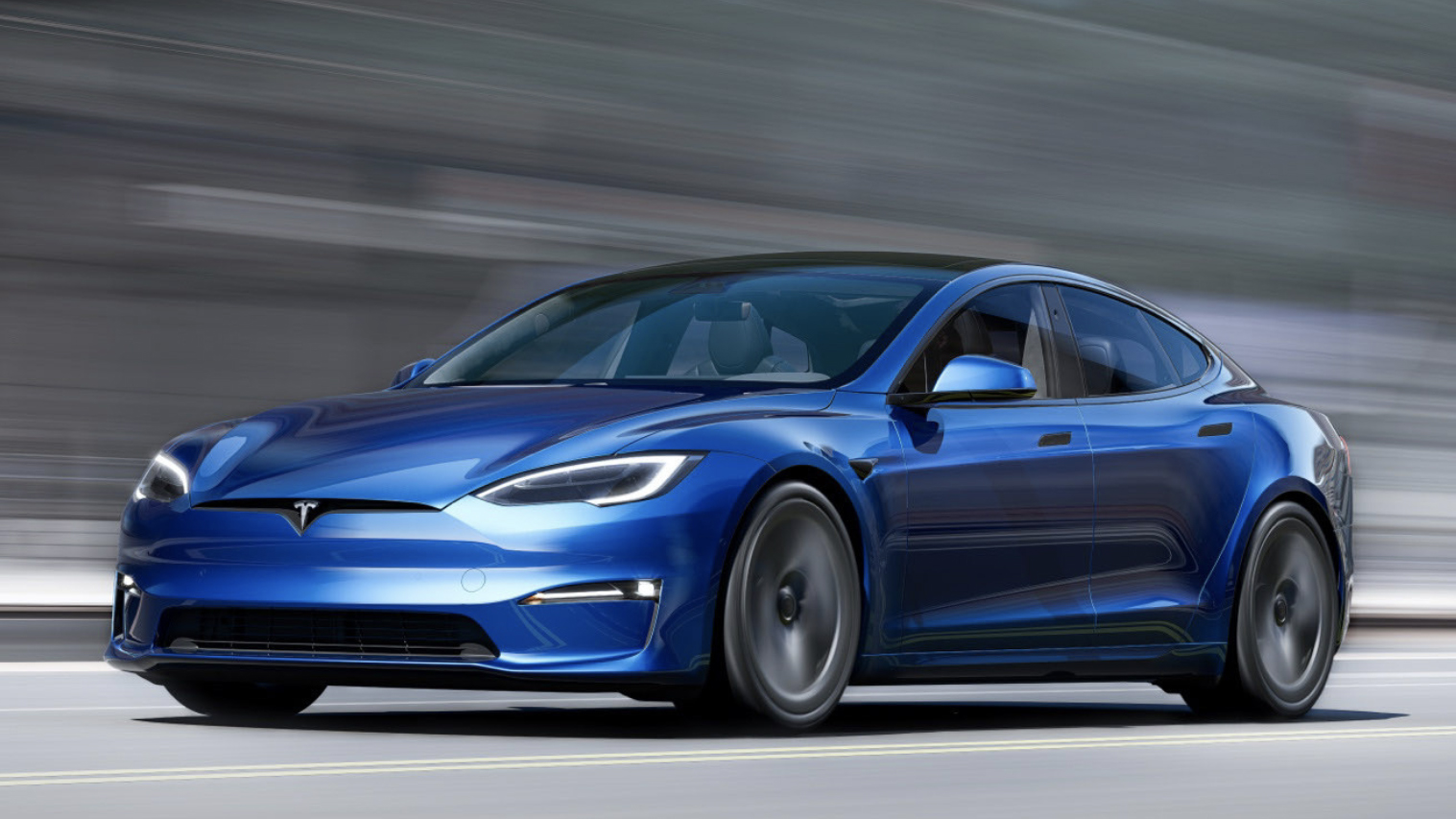 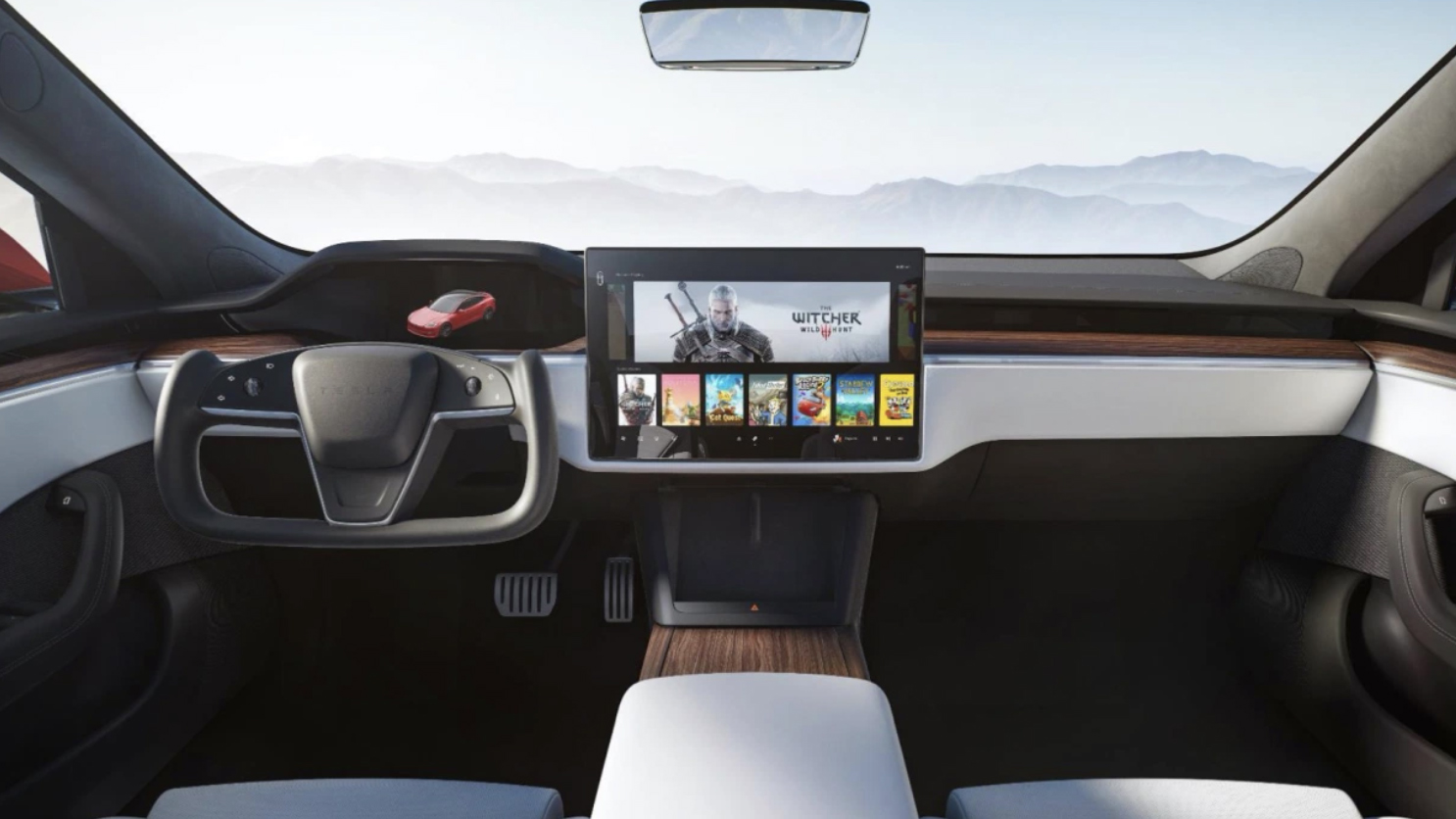 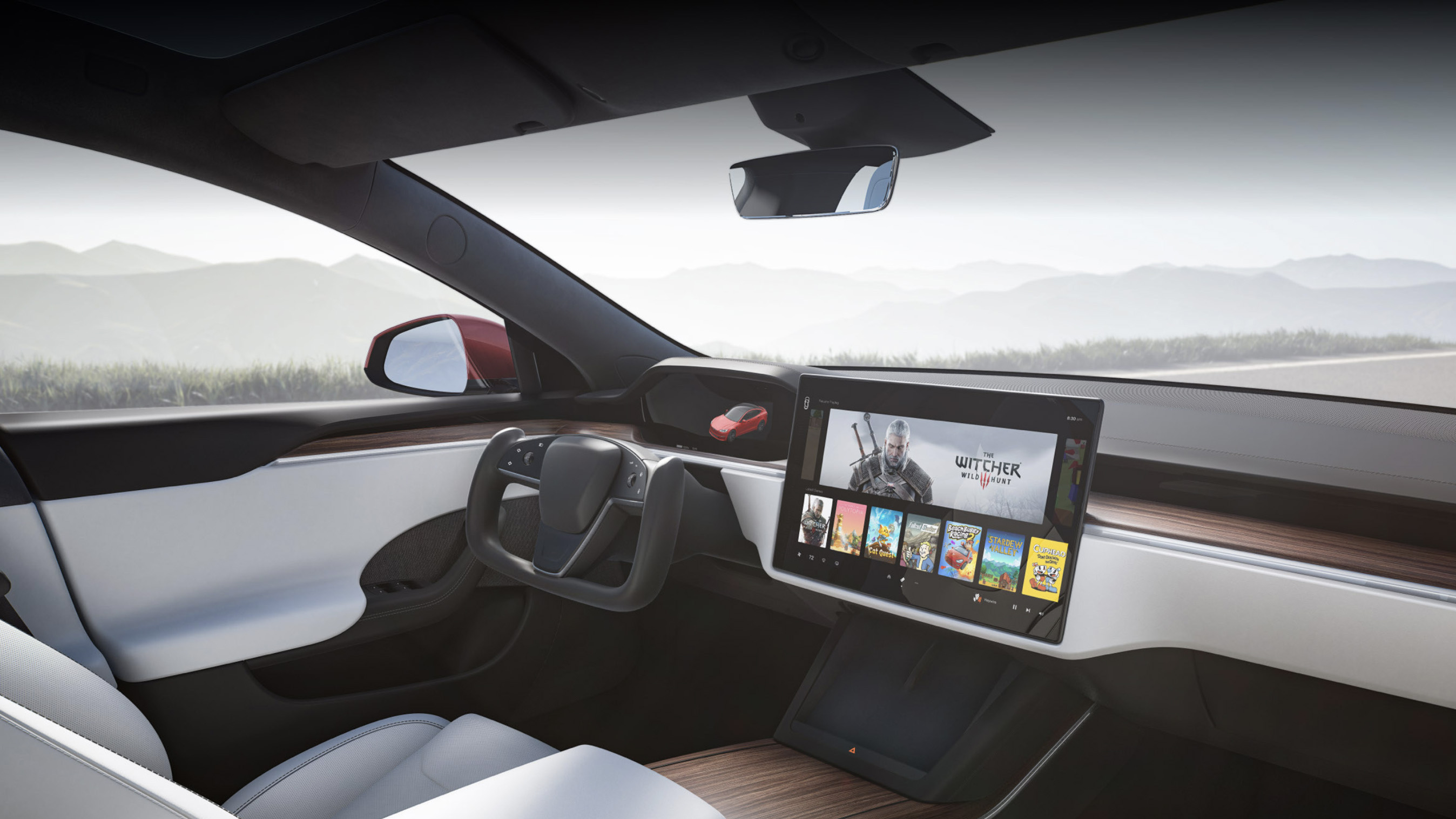 It was just late last year that Tesla unveiled the long-awaited range-topping Tesla Model S ‘Plaid’. As a reminder, that’s the electric saloon with a tri-motor, 1,100bhp setup good for a 0-60mph time in under two seconds and a £130k price tag. Less than six months later, Telsa has used the Plaid’s upgrades to unveil a complete refresh of the range and the first significant design shakeup since the viral sensation of a saloon was introduced back in 2012.

From the pavement, the fresher Model S doesn’t look that different. Real Tesla nerds – and there’s a few of them – will instantly clock the new front bumper that incorporates a slightly different intake design, tweaked rear diffuser and updated 19- and 21-inch wheel designs. If you're a keen Tesla twitcher, you'll also notice the exterior trim is now finished in black to match the Model Y. ‘Big deal’ we hear you sigh. But check out the inside.

For the first time, Tesla has completely rethought the layout of its cabin and simplified things as much as possible. Including chopping the steering wheel in half, Knightrider style. Being a Tesla, there are screens. More screens than ever before. Up front there’s a large, landscape-orientated 17-inch central screen, much like that of the Model 3 and Model Y. The S retains a 12.3-inch digital gauge cluster in front of the driver, as well. Unlike those models, it’s also juiced up the computing power behind them with 10 teraflops (we guess that’s a lot of bellyflops) so anyone in the car can play proper hard-to-chew-through games, such as Witcher 3 – the RPG game that Tesla is flaunting in the marketing shots. But there's also a new addition – an 8-inch screen in the rear, plus the minimisation of anything that can be minimalised. Which brings us on to that funky sci-fi steering wheel.

You may have noticed that it is now no longer a circle, rather a square… that’s been decapitated. There’s also no gear shifter or indicator, just two scroll balls. Elon Musk was quick to defend this on Twitter. “No more stalks,” he said. “Car guesses drive direction based on what obstacles it sees, context & nav map. You can override on touchscreen.” That sounds mighty… interesting. But one slight hiccup for us You-ro-peans is that steering wheels have to be, well, wheel-like. And the only way to bend them is to make a squircle, like Aston’s square-peg, round-hole solution. Will it make it into the final car and past regulators' scrutiny? Or just a tease like all the crazy, non-conforming trinkets that we saw on the still-yet-to-be-seen Tesla Cybertruck? 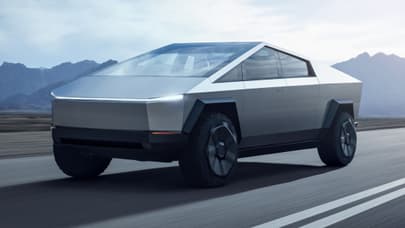 In total, there are now three different specs of Model S to choose from. Proceedings starts with the £83,980 Long Range fitted with two motors and all-wheel drive. That’s still rapid, with Tesla quoting a 3.1-sec 0-60mph (with American rules) time, a 155mph top speed and a range of 412 miles. That not enough for you? Then go for the tri-motor £110,980 ‘Plaid’ complete with "carbon-sleeved rotors" and torque vectoring. It also has a rather significant 1,020 horsepower that Tesla claims is good for a 0-60mph time of 1.99 seconds, 0 to 155mph trap speed in a 1/4 mile and the possibility of a 200mph top speed – but you need the right tyres – which we don’t know what they are yet. Double ton tyres we’ll call them. It’s also got a a 390-mile range, so a proper all-rounder.