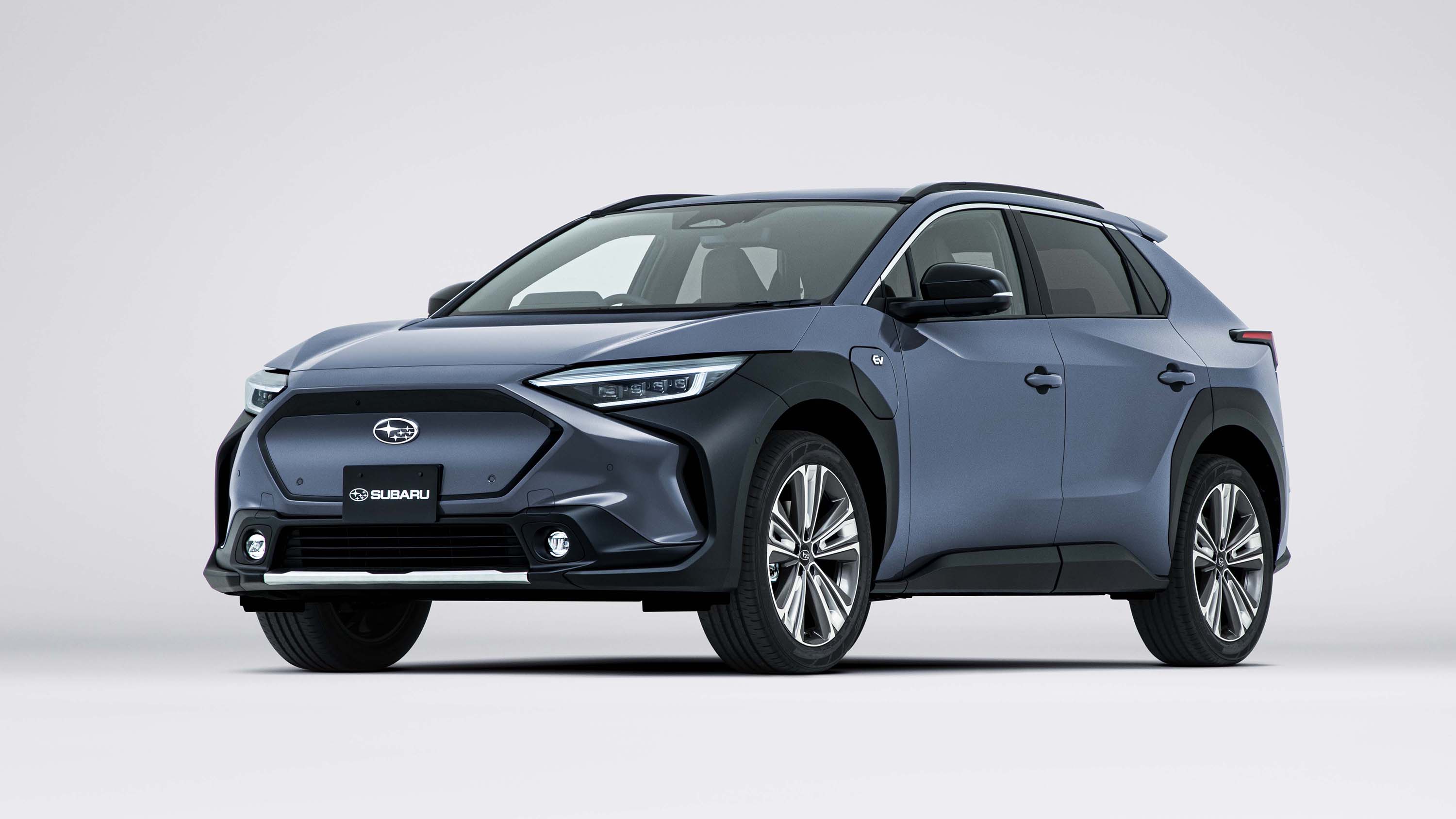 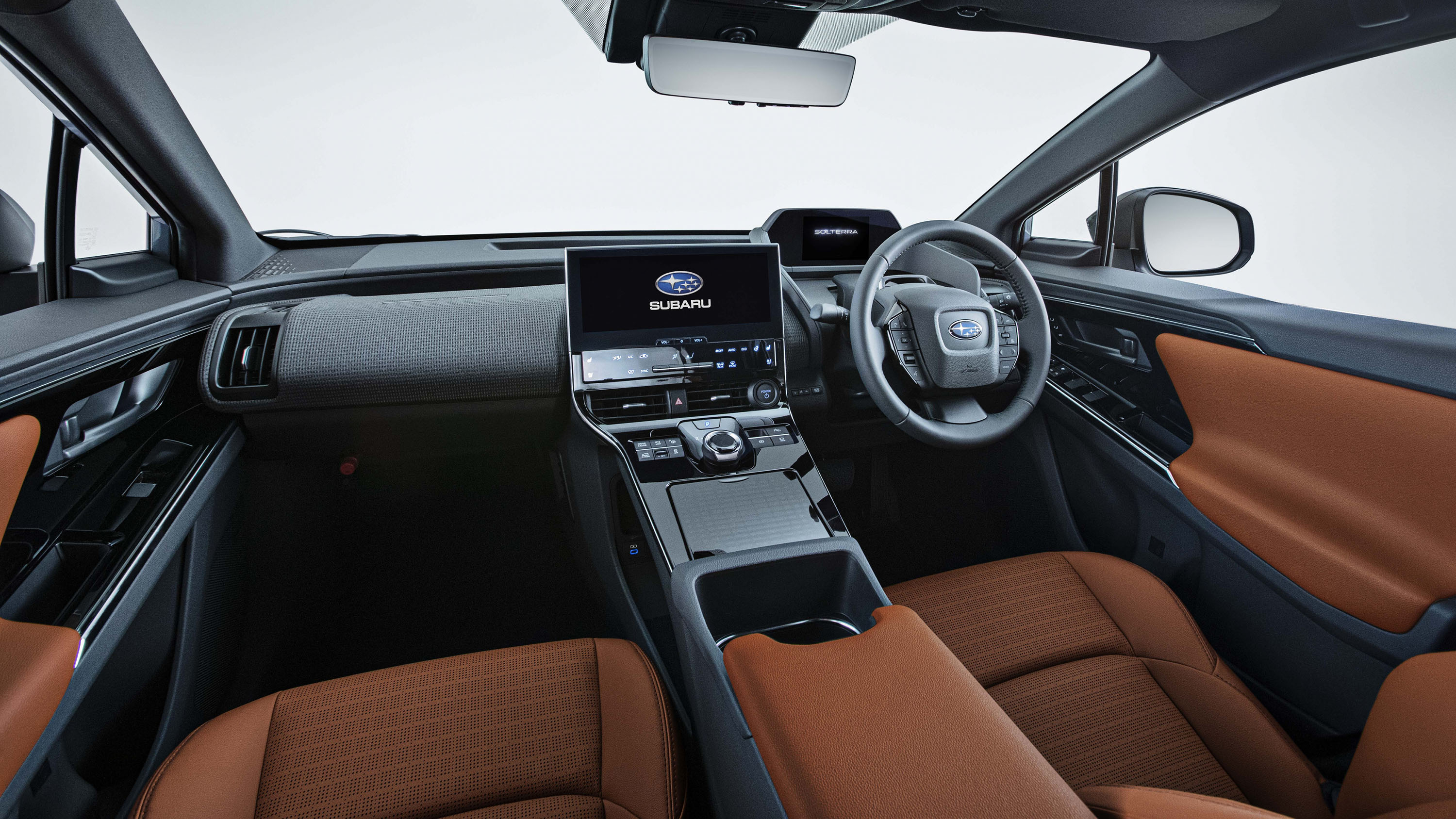 Much like the BRZ and GR86 pairing, the cars appear all but identical twins on the surface, their aesthetic separated by slightly different grille treatments. You get the same powertrain options beneath each, too.

So the Solterra launches in front-wheel-drive and all-wheel-drive iterations. There’s not much to split them on power – the former peaks at 201bhp, the latter 214bhp – so you’ll surely be doing it for the genuine off-roading ability that Subaru’s developed, or else the extra weight and power of the driven rear axle will just chip away at your efficiency.

The FWD Solterra weighs 1,930kg, the AWD version 2,020kg, and both use the same 71.4kWh battery. Their range figures differ as you’d expect; the former claims around 330 miles on a full charge, the latter 285.

While both Subaru and Toyota are fairly late to the plug-in SUV party, the combination of their talents ought to be pretty formidable. Subaru knows more about gnarly little 4x4s than most, while Toyota’s spent the last three decades working with battery tech in its pioneering hybrids. We’re told the Solterra’s (and bZ4X’s) battery will suffer just 10 per cent degradation in 10 years or 150,000 miles of use, while it can be hooked up to 150kW fast-charging to top you up to 80 per cent in half an hour.

“The vehicle will be the cornerstone of Subaru’s future BEVs,” we’re told, suggesting this is the mere start of electric Scoobies. Quite which ones will come to the UK, where Subaru’s range is currently very snug indeed – with the second-gen BRZ not coming to Europe – remains to be seen.

Want to see the Solterra reach our shores?