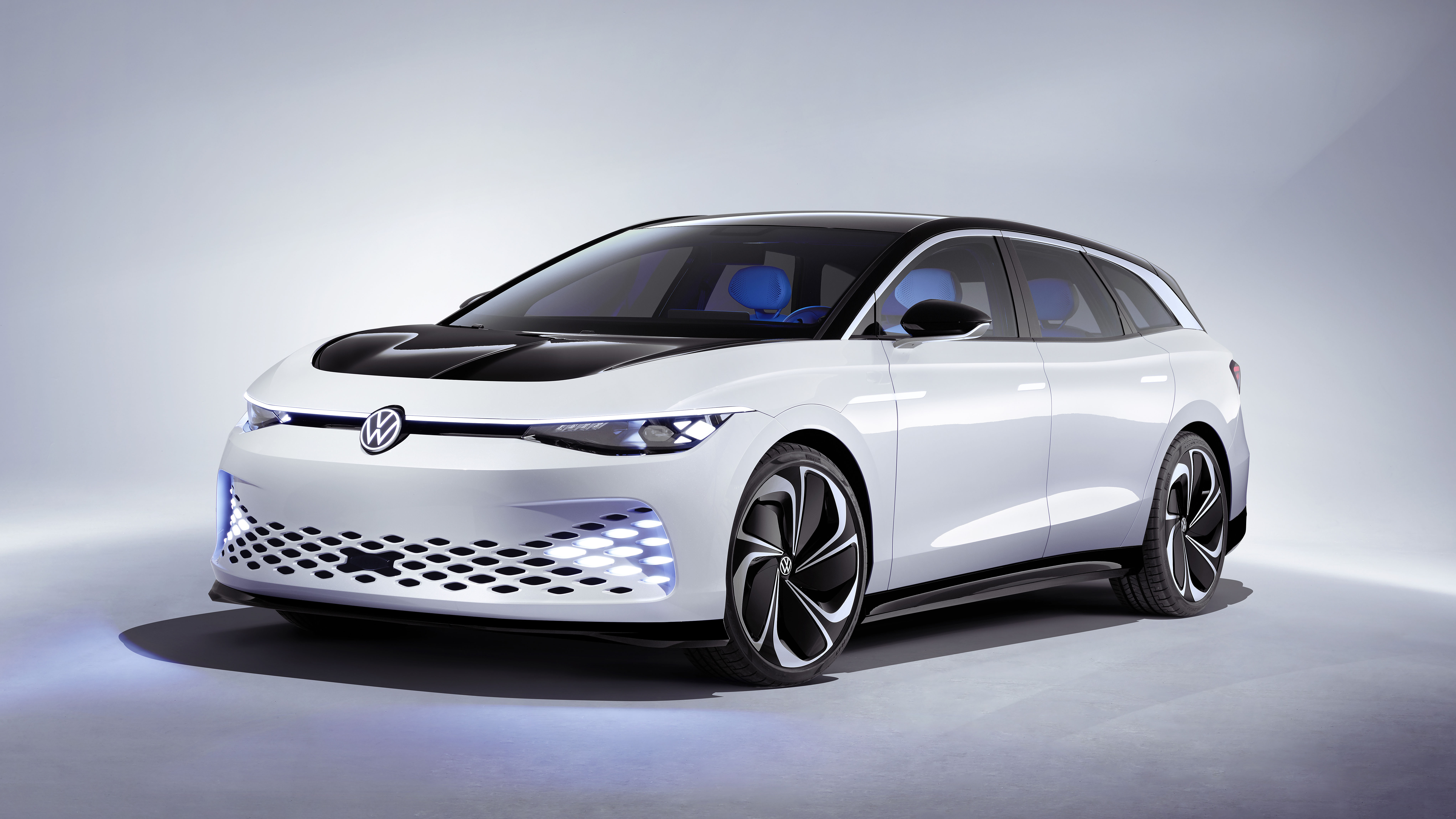 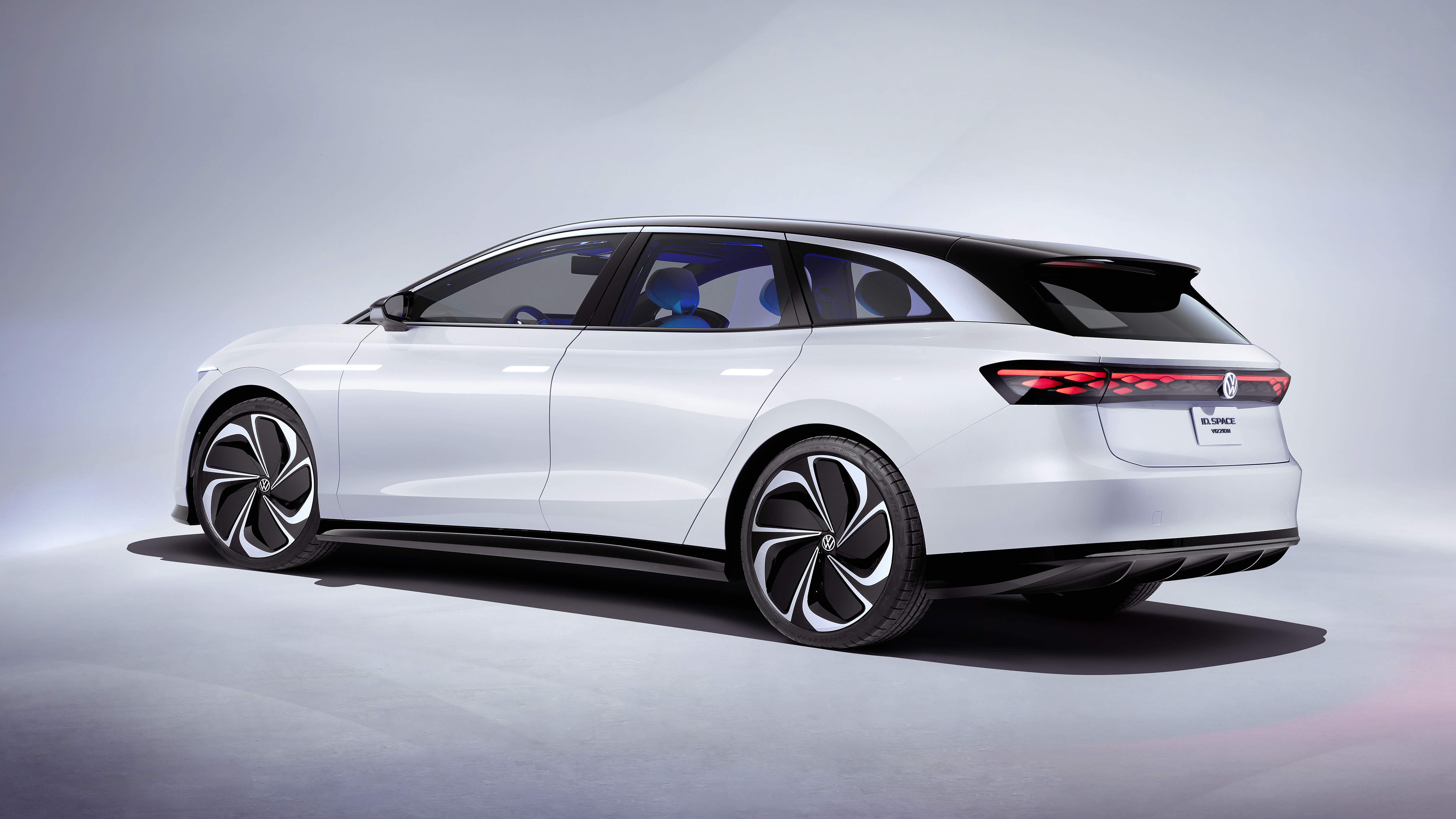 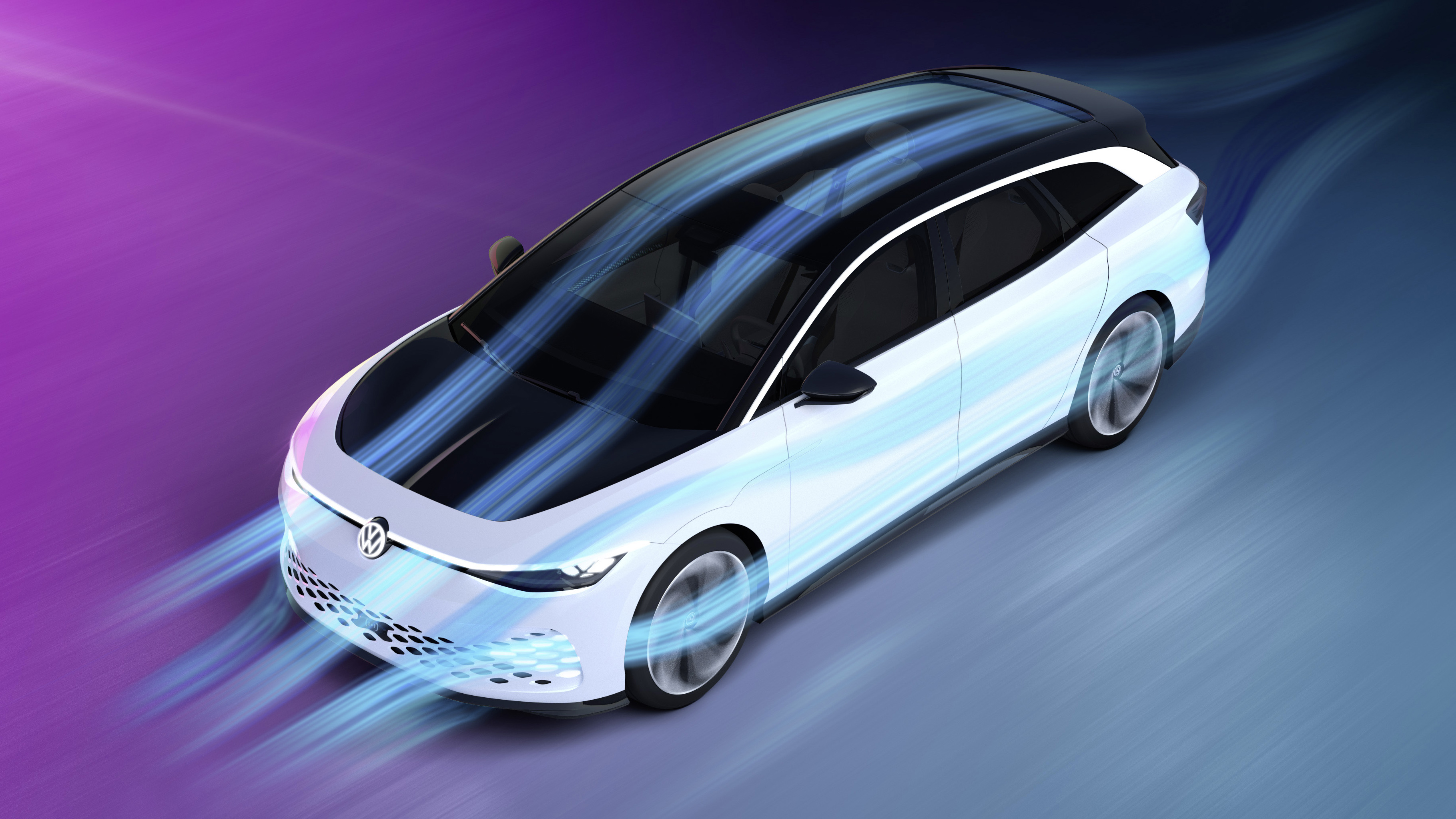 Hurrah, rejoice and make merry, for we finally have a fully-electric estate car in the world. Thank you, Volkswagen.

In the scramble to unveil EV SUVs (which VW will also do, of course) the world seemed to forget just how practical, aerodynamic and cool the humble estate could be. Alright, alright, the ID. Space Vizzion is still a concept for now, but VW says it previews a production car for Europe and North America that will arrive in late 2021.

We hope the styling doesn’t change too much before then. With its sleek surfaces and dual-tone paintjob, the Space Vizzion looks properly mean. Most of the smaller details are included in the name of aerodynamics too. There’s a grille-less front end, 22-inch aero-wheels, no door handles, a hint of a 488 Pista-style S-Duct and both a rear diffuser and spoiler. This all contributes to a drag coefficient of just 0.24. Slippery.

The Space Vizzion is now the seventh ID. concept to be built on Volkswagen’s new MEB platform. The one on display at the LA Motor Show has a 275bhp rear-mounted motor connected to the 82kWh battery, which gives an impressive predicted range of 367 miles on the WLTP cycle. However, VW also mentions that a second motor could be added at the front for 4WD and 335bhp in total. ID. Space Vizzion R anyone?

That all-wheel drive version would sprint to 60mph from a standstill in 5.0 seconds, although top speed would be limited to 109mph. Perhaps more important though is the charging times – VW reckons you’ll get 80 per cent from approximately 30 minutes plugged in.

The interior is rather more concept-y for the moment. The Space Vizzion’s driving information is primarily displayed in the augmented reality headup display, whilst the traditional cockpit is relegated to a small screen behind the wheel that shows basic figures. All other features are controlled by that massive 15.6-inch landscape touchscreen.

The concept has four seats, but VW says a production car would feature five, and there’s 586 litres of boot space in the back. There are plenty of eco-friendly materials too – not least the AppleSkin leather replacement, which is made from the residual matter that’s left over from apple juice production. Plus, if the car senses you’re stuck in a stressful situation such as rush hour traffic, it’ll suggest switching to a relaxation mode with calming ambient lighting. Lovely.

So, what do you think Internet? Could the production version of the ID. Space Vizzion become as desirable as something like the Golf R estate?