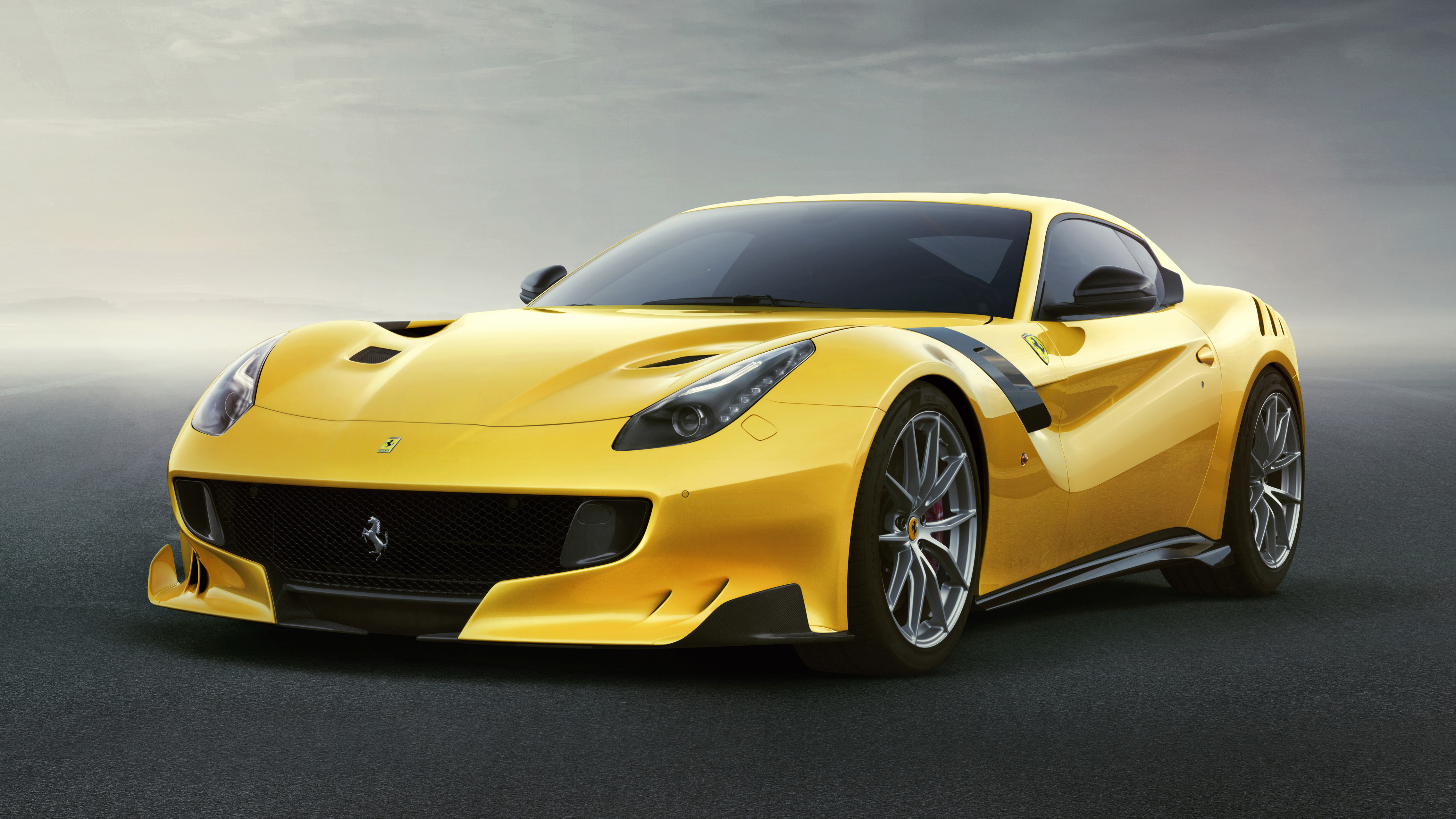 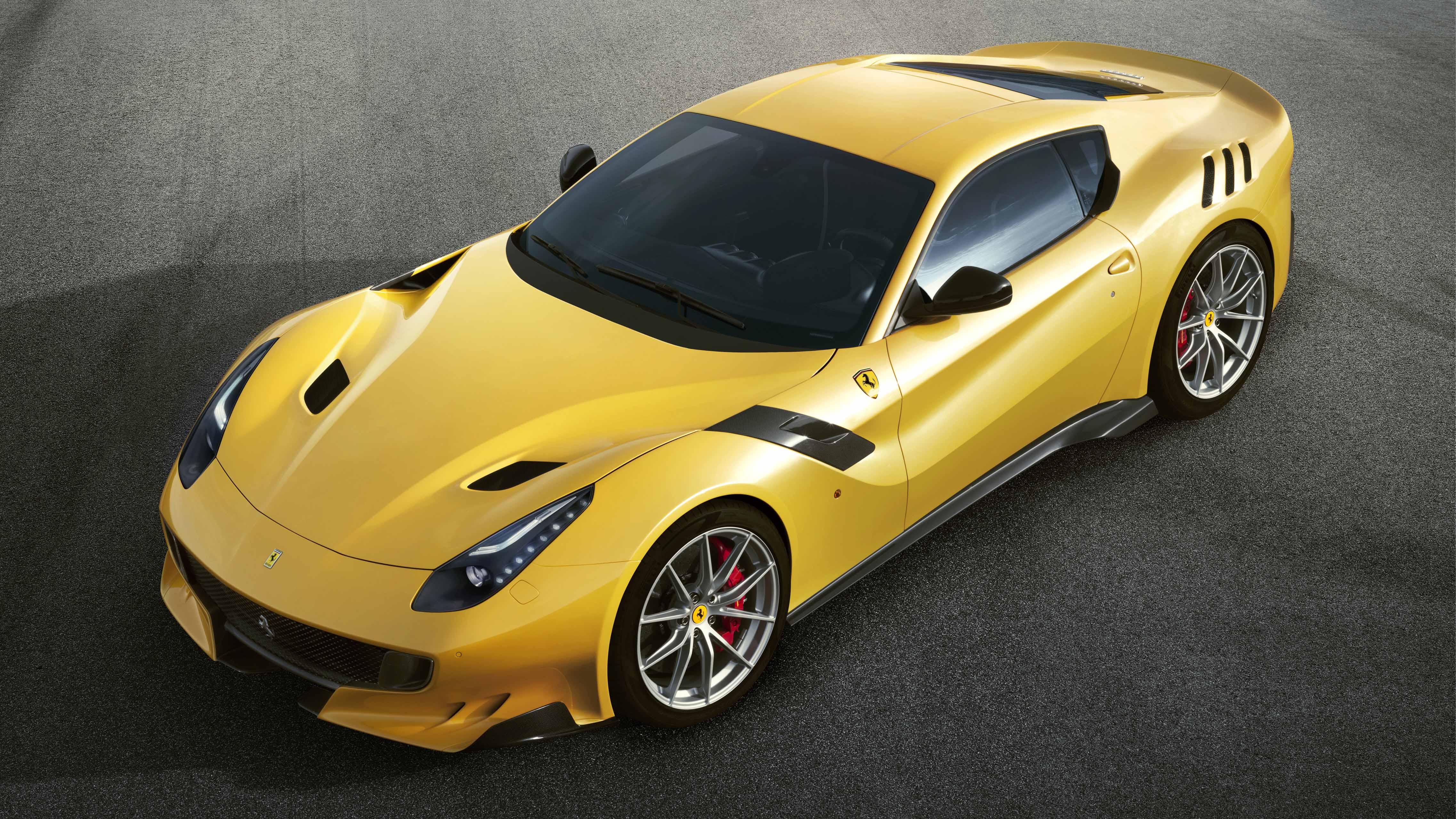 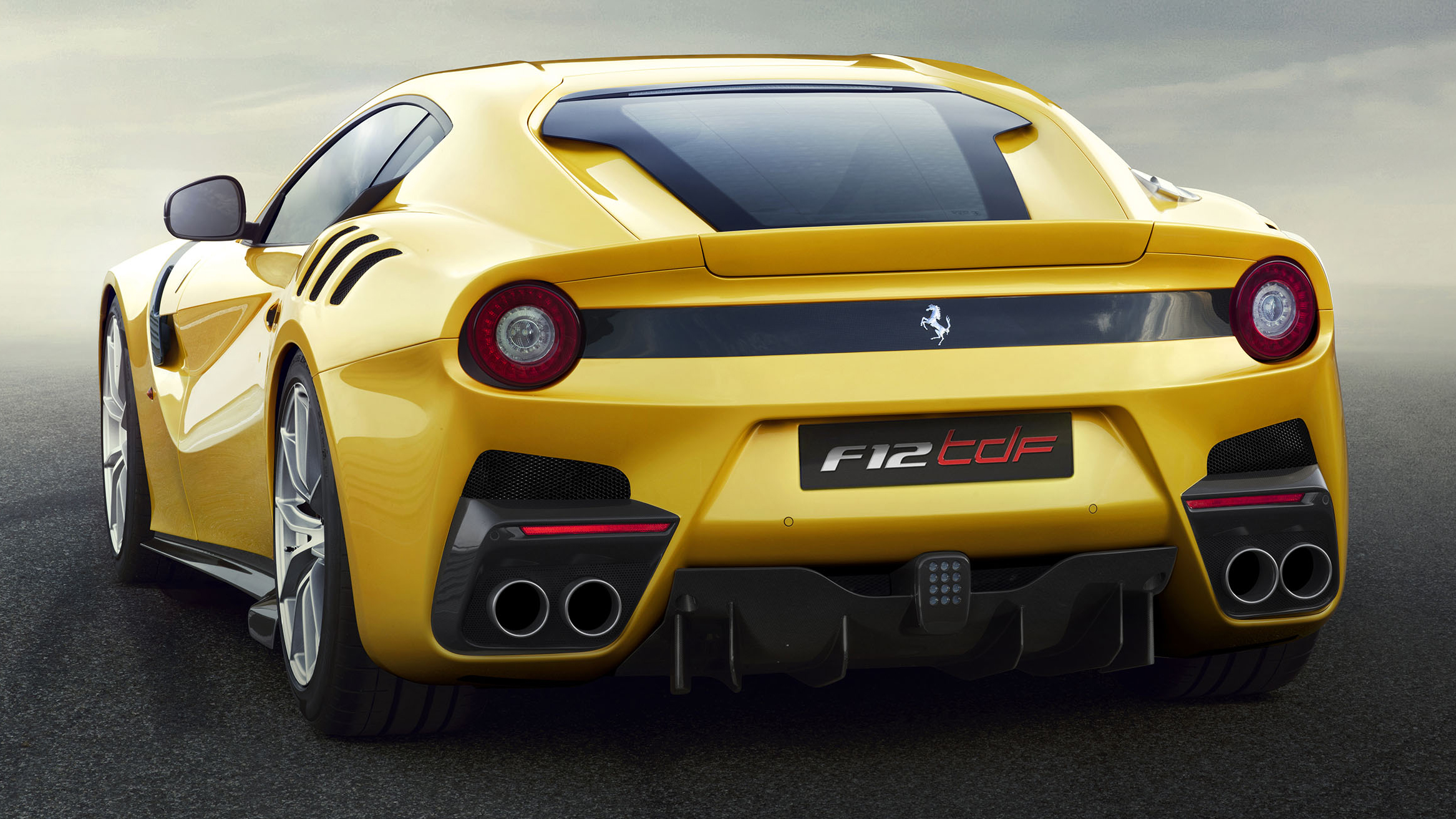 “The F12 serves up the most extraordinary surge of savage, linear acceleration, the relentless thrust of a jet fighter on take-off…”

So we concluded when we tested Ferrari’s F12 Berlinetta in the Scottish Highlands last year, struggling to imagine how a front-engined road car could get much faster.

This is the F12 TDF – short for Tour de France, for reasons we shall explain – and frankly we’re a bit scared.

Effectively the successor to the 599 GTO, it’s a harder, faster, track-focused (but road-legal) iteration of Maranello’s front-engined V12, due to officially debut at the Ferrari World Finals in early November.

Yes, the TDF is a little more powerful than the stock F12, but that’s the least of the news. The F12’s 6.3-litre V12 has been boosted from 730 to 769bhp thanks to race-spec tappets and variable geometry intake trumpets, that maximum power arriving at 8,500rpm before an 8,900rpm redline.

The F12’s double-clutch box has been revised for TDF duty, with upshifts quickened by 30 per cent, and downshifts by 40 per cent. The front tyres are eight per cent wider, too.

But the real excitement is in the aero department. At 124mph (200kmh), the TDF makes 230kg of downforce, nearly double that of the standard F12.

As you’ll have spotted, the TDF gains some not-so-subtle aerodynamic devices to generate that negative lift: a bigger splitter, dive planes and floor wings, along with those ‘Aerobridge’ additions just behind the front wheels.

The rear spoiler is 6cm longer and 3cm taller, while there’s even more underbody cleverness to suck the F12 to the road.

Ferrari proudly states the aerodynamic enhancements ‘mark a major stylistic departure from the F12’. Few would argue with that: the TDF perhaps lacks the elegant subtlety of the standard F12, but you sure as hell wouldn’t stand in its way.

There’s added lightness, too: thanks to liberal use of carbon fibre and a brutal weight-shaving effort across the board, the TDF weighs in at 1520kg, a significant drop of 110kg.

All of which adds up to some pretty terrifying performance. According to Ferrari’s official figures, the TDF will do 0-62mph in 2.9 seconds, reaching 124mph just five seconds later. It’ll lap Ferrari’s Fiorano track in 1min 21sec, just 1.3 seconds behind the LaFerrari.

That blistering lap time is aided by the fitment of a rear-wheel steering system, which Ferrari says increases turn-in response and high-speed stability while reducing oversteer. We suspect there will still be plenty of oversteer for those who seek it.

Oh, and that Tour de France name? Nothing to do with the big bicycle ride, but rather a reference to the endurance road race run between 1899 and 1986, and dominated by Ferrari in the Fifties and Sixties. Bradley who?

Love it? Fear it? Would prefer it in black? All of the above?