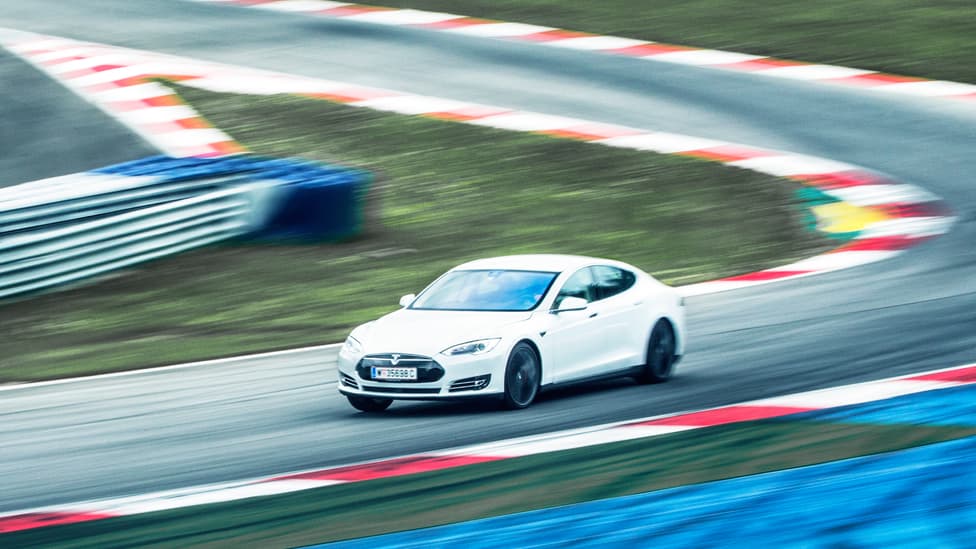 If you’ve watched any YouTube drag races lately, or read our Speed Week head-to-head between the Tesla Model S P85D and the BMW i8, you’ll be aware that the range-topping electric Tesla is fairly brisk.

In fact, with a verified 0-62mph time of 3.2 seconds in ‘Insane Mode’, it’s hardly the sort of family saloon crying out for a power boost.

But the P85D just got faster anyway. Clearly disappointed his space rockets accelerate faster than his cars, Telsa founder Elon Musk has announced a new $13,000 option package for the 682bhp Model S. 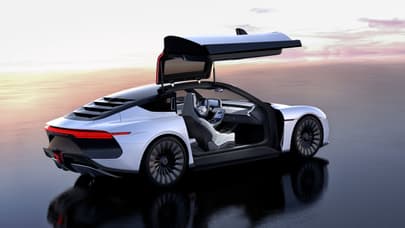 Great Scott, the DeLorean is back! Meet the 188mph Alpha5

Complete with a beefy new 90kWh battery back, the tweak unlocks ‘Ludicrous Mode’. No joke – that’s its official name. And the numbers are indeed crackers.

Musk claims the flagship Tesla’s front motor now develops 259bhp – pretty much the same as the output of the petrol engine from the Nurburgring-crushing Seat Leon Cupra 280.

But pushing from the Model S’s rear is another e-motor, creating a Mercedes C63-sized 503bhp. That’s 762bhp in total, on tap from standstill, and without a single upgrade to the motors themselves.

How? Well, the limiting factors in the Tesla’s already bonkers performance were its poor fuses, which simply couldn’t cope with the monster battery pack lobbing full amperage at the motors all at once.

So Tesla’s come up with a new ‘intelligent fuse’ – with its own little battery – which can adapt its resistance tolerance every millisecond, depending how heavy the driver’s right foot is. In Ludicrous Mode, that equates to 0-60mph in a fuss-free, gearchange-free 2.8 seconds.

And, TG presumes, streaks of flames left in the road behind you.

The upgraded P85D will also run the quarter-mile sprint within a second of a Porsche 918 Spyder, at 10.9 seconds, and hit 155mph 10 per cent faster than the hardly tardy standard car.

Yes, we agree electric cars have their limitations, in terms of emotional impact as well as infrastructure, but are you really going to argue that the Ludicrous Tesla isn’t incredibly impressive?

Incidentally, if you’ve already bought a Model S P85D with just 682bhp, Tesla will offer the upgrade package to you at half price for the next six months. You know it makes sense.

It leaves us wondering what comes next for Tesla. Bizarre Mode? Singularity Generator? A test track built around the Large Hadron Collider? Actually, Musk is, yet again, one step ahead.

In a statement, the billionaire hinted: “There is of course only one thing beyond ludicrous, but that speed is reserved for the next generation Roadster in 4 years: maximum plaid.”

That’s an obscure reference to the ultimate speed in the universe, according to 1987 sci-fi spoof Spaceballs. Geeky movies aside, will human beings actually be able to cope with the sheer pace of the next Tesla Roadster? We’ll find out in 2019...